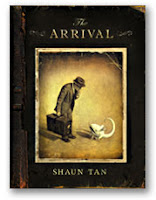 While in NYC we feasted with many of our dear artist friends. Comic con buddy, Donato Giancola arranged a fabulous dinner at the L'Ecole with other Illustration friends including art director Irene Gallo and fellow illustrator John Jude Palencar. To our sublime surprise Shaun Tan, illustrator and author of “The Arrival” joined us as well. We began our meal with small appetizer and continued onto to our five course meal. I must say, that by the third course we were stuffed and wondered how we would manage two more courses. The key was the digestive salad that included a delicious sorbet. It was an evening of divine gastronomics, laughter and creative conversation. 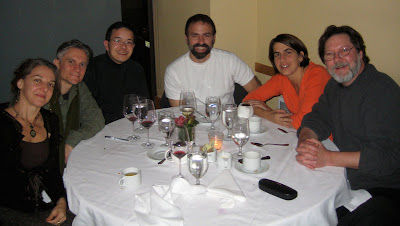 Our final evening in NY was spent with Matt and Lisa at a french restaurant called Blue Ribbon. The highlight was seeing Matts short film H20 Uh-Oh, which opened the Live Earth concert in New York and later featured at the Tribeca Film Festival. Stunning and provocative.
From NYC we drove south to Philly. The following morning we walked over to the University of the Arts where Greg had been invited to speak and showcase his award winning, visionary art. The exhibition includes; original paintings, posters and prints spanning 25 years of his career.
Gregs multi-media presentation featured stories from his journalistic work with Mike Tyson and Klaus Kinski along with other adventures along his path as illustrator extra-ordinaire, including his recent work in the films The Ant Bully and The Golden Compass. 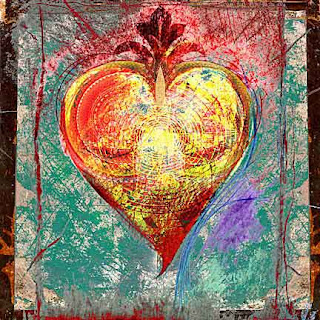