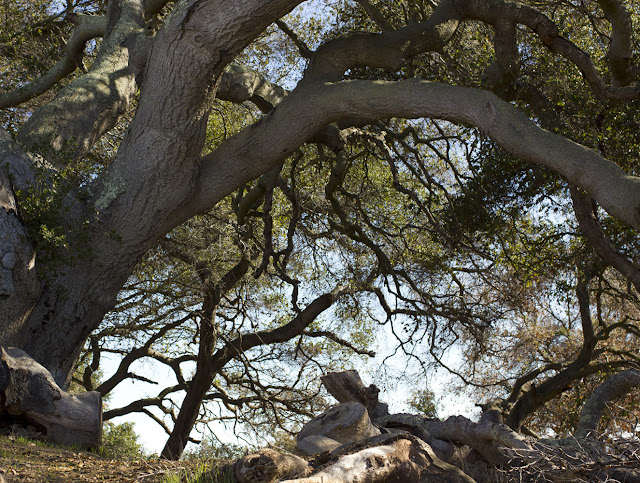 Happy New Year from the oak woodland in Topanga State Park!
Time is perceived linearly, associated with duality, such as beginning and ending, day to night, birth to death, etc. The truth beneath this concept is quite different, instead of a line with a beginning and an end, time is complex, like an old growth oak forest.
I’m visualizing us at this new threshold, holding hands, walking together with open hearts and the power of the wild magick by our sides.
The Celtic word for oak is 'duir' meaning door. The archetype of the OAK is related to strength in all three realms -> the physical, the spiritual and the mind.
Longevity and fortitude of the physical body, and elevating our perception out of duality, to the spiritual realm.This concept stems from the wood being hard and dense, without rotting, along with the oaks vast root system. Adding to the idea of power and steadfastness is the oaks ability to withstand the strikes of lightning, amongst other severe conditions.
Read more »
Posted by Illuminated Perfume at 11:00 PM No comments: 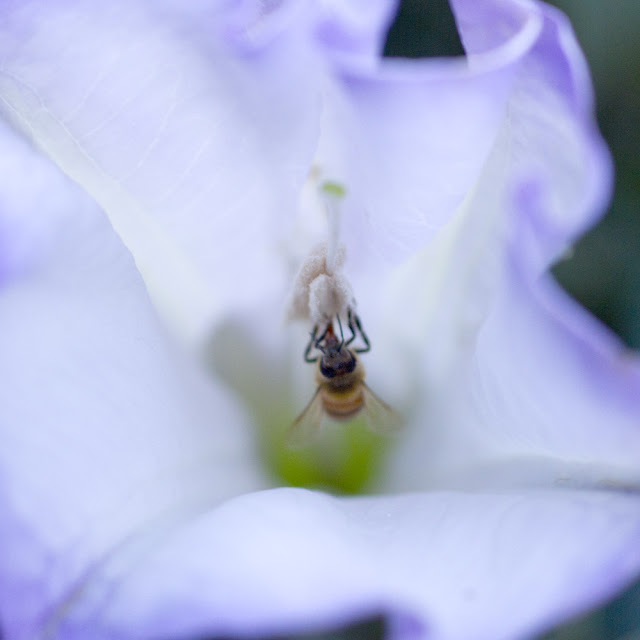 Mark Scisenti, a friend and chocolate maker, posted the following on his instagram page ->

"Are you worried about climate doom?"

Paul Hawkins has one word for you REGENERATION.

Read more »
Posted by Illuminated Perfume at 10:18 PM No comments: 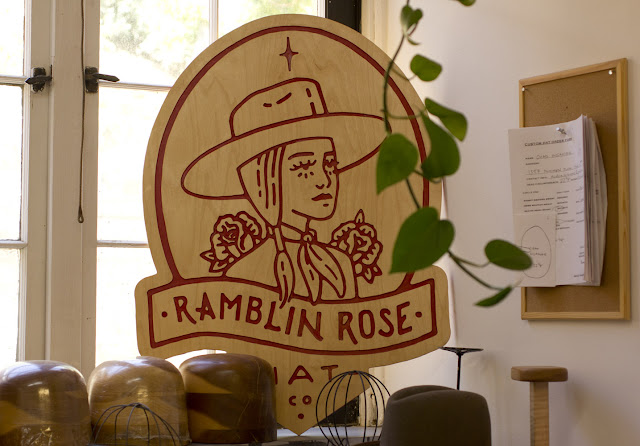 This past August, after years of waiting for the right moment, I was able to fulfill a wish of having a hat made just for me. The idea of doing something like this was planted by my local friend Geninne, who when I shared how my current hat doesn't stay on my head if there is wind, said that if I were to have a hat custom made that would not happen. She then told me about the local hat maker Sam of Ramblin' Rose. I had heard of Sam via the small maker community we have here in Santa Fe, but hadn't explored her work. Once I did, it was clear that this would be the way to go, however the timing wasn't quite right. 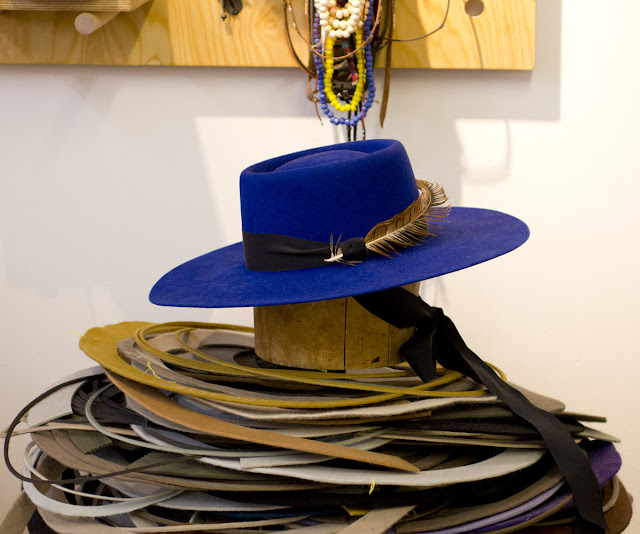 The synergy between 1 & 2 was quite auspicious, thus I moved forward with my wish. 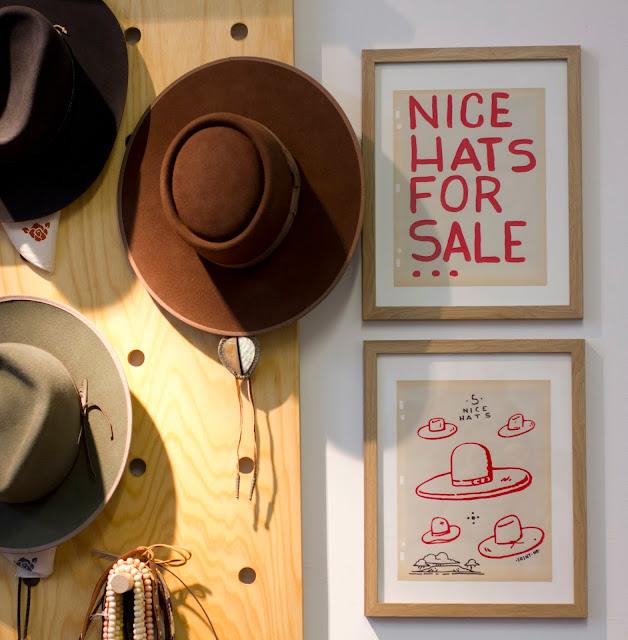 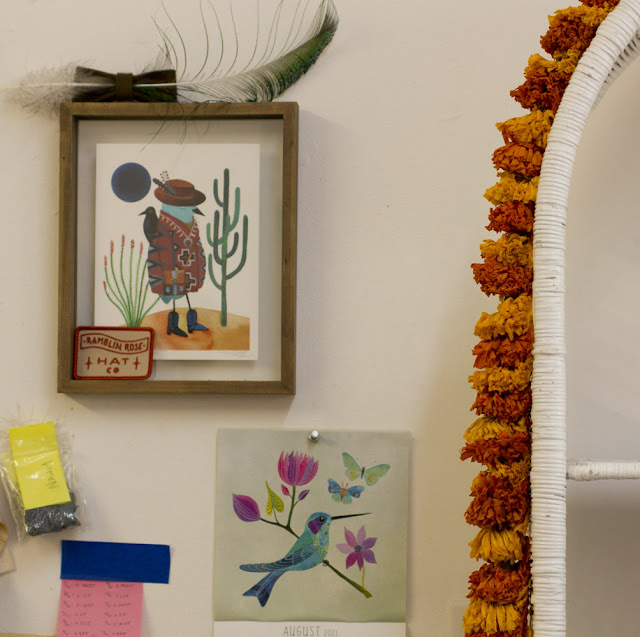 First step to kick off the process was making an appointment at her super cute workshop on upper canyon, to nail down measurements and design. 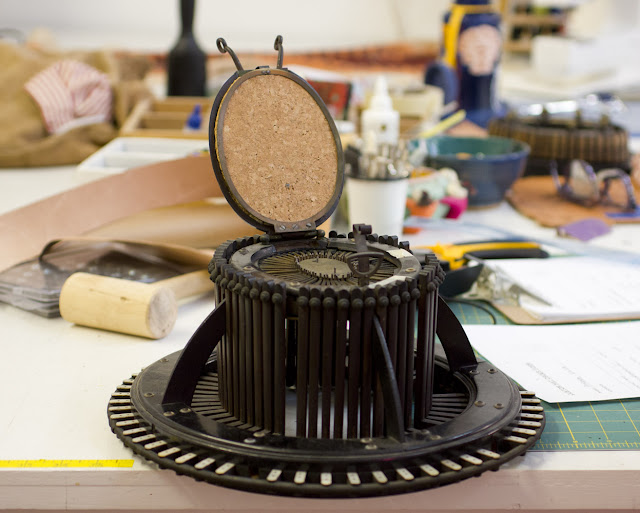 The process can take anywhere between 6-8 months, depending on supply chains, etc., thus, I've been practicing patience, knowing that it likely wont be ready until mid January if I'm lucky.

Supporting Sam is a step in empowering and investing in a small, local business. Former investment banker Catherine Austin Fitts shares how the most important investment we can make is in our community. This requires a paradigm shift, instead of making purchases in anything having to do with the conglomerates, that invest our money in global companies who do not have the best interest in human beings, the animal kingdom nor Mother Earth.
Since "sen sir ship" has become a thing now, where we are not allowed to speak our minds and our freedom of speech is being threatened, I will begin to use code, like the ancient alchemists who had to hide their work and develop symbols to communicate under the guise of the dark lords.
Supporting and placing our money into specific investment companies (V), is undermining all of us. It' super important to step outside of that box and think in a circular format.

I am also supporting an indie, female maker and the slow fashion movement. Instead of purchasing a less expensive hat, investing in a handmade item that is made for me, by the hands of a local maker is part of the new economy which we all can be part of manifesting.
There's a phrase going around that states fashion is the second most polluting industry after oil, guess what, that's not completely true, another example of why its so important to do thorough research on things before just taking someones (a conglomerate or an organizations point of view, especially when an organization is funded by a creepy computer company.) Getting back to fashion, the most important aspects to keep in mind when making purchases is the follow,  inspired by a list on EcoCult:
If we each make the effort of spending our time, energy and money in a mindful way, we will be part of the big shift into a circular, holistic based system that holds the micro along with the macro in our collective heart.

Posted by Illuminated Perfume at 12:54 AM No comments: