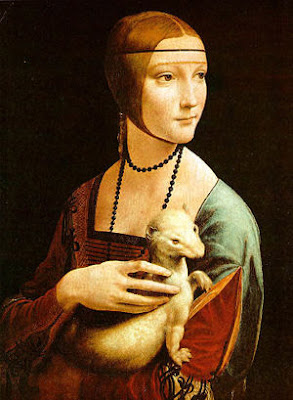 Story telling is at the heart of brilliant works of art. One of my favorite storytellers is Phillip Pullman. In Pullmans trilogy, His Dark Materials, he weaves an extremely complex story set in alternative worlds. Varied fantastical elements and characters are combined with threads of history and science. I began reading the first book of the trilogy many years ago to my daughter and it still remains one of my all time favorites.

Today a large group of us went to the Hollywood Arclight Theater to see the film adaptation of the first book, The Golden Compass. I am in a bit of a quandary as to whether I liked the film or not. Can I look at it objectively? Not upon first viewing, maybe later. Right now I am in shock as to how the story was chopped up for the sake of film making. The visuals were breathtaking and fit well with the imagery in my minds eye. The story telling aspect is very choppy and lacks flow. I understand that when a book is translated to a new medium it will shift, change and morph into something new. A successful example of a great book adapted to film is The Hours. In the case of The Hours you have an original book inspiring another book which was made into a film. All three are different and brilliant on their own.
Many of the scenes Greg worked on in creating visual development for the film were not evident due to the elimination of the last chapter in the book from the movie.

Is the film version of The Golden Compass good storytelling? Hmmm, this question needs to be asked of folk who have not read the book(s).

The image above is a painting by Leonardo DaVinci titled "Lady with an Ermine". It was the inspiration for Pullman when he devised the idea of daemons for his characters in The Golden Compass.