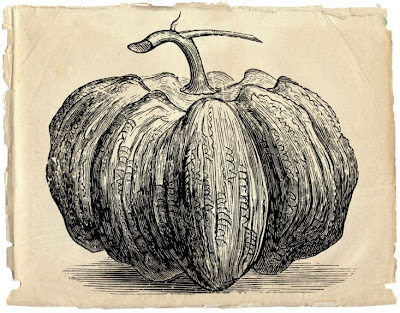 Who would have thought that pumpkin pancakes would work in perfect combination with lentils. This morning I made pumpkin pancakes for the family. (A few of them for Eve and I had chocolate chips.) Greg decided we needed more protein, thus the lentils came into the picture. It makes perfect sense actually, Indian food is often served with naan, in our case the pumpkin pancakes laced with nutmeg and cinnamon played the role of the bread.

While I was adding the spices and vanilla to the pumpkin batter I remembered the 1996 World of Aromatherapy Conference. I attended this gala affair in San Francisco a few years after becoming conscious of essential oils and aromatherapy. The keynote speaker was Dr. Alan Hirsch, M.D discussing his research findings on the affect of certain aromatics on mens libido. His research concluded that the odor of pumpkin pie and lavender stimulated the male species. It seems to me that more specifically it is the combination of spices, vanilla and memory associations triggering the response. After all, in aromatherapy both spices and vanilla are considered aphrodisiacs. However, as Jeanne Rose says “Scent is in the nose of the beholder.”

The first World of Aromatherapy Conference and Trade Show was organized by Ms. Rose, it

was both invigorating and classy. The three day event took place at the Palace Hotel in the heart of San Francisco. During the conference I purchased the book The World of Aromatherapy, an anthology featuring many of the women involved with NAHA, the National Association of Holistic Aromatherapy. The book contains an article by Christine Malcolm, a pioneer of Natural and Botanical Perfume. She was trained as a commercial perfumer and thus has an orientation on both realms. In her article she states, “Using a natural perfume reflects the way in which we honor ourselves by honoring the Earth.”

We don’t, as of yet, have an essential oil of pumpkin. I have seen spinach essential oil on the market though, so...you never know. In the meantime, nutmeg, cinnamon and other related spices will convey that pumpkin pie aromatic profile. 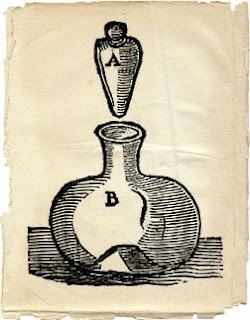 Images at top and bottom are old engravings which I have scanned, cleaned up and placed on parchment paper utilizing Photoshop, both are ©Roxana Villa
Posted by Illuminated Perfume at 7:00 PM