Watch for the Greenwitch! 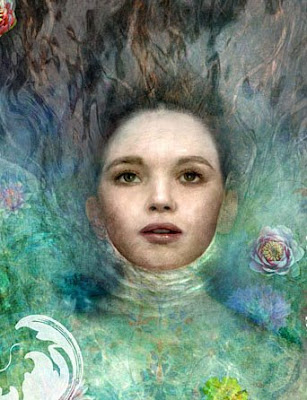 “Hazel for the framework,
Rowan for the Head,
The body is of Hawthorne boughs and Hawthorne blossoms.”
~ Susan Cooper

In January 2007 I created a Green Chypre perfume, forthwith are the nitty-gritty details. Following this post I will also contribute the workings of another very green perfume with the working title Hedera helix.
GREENWITCH
In honor to the White Lady
A Green Chypre Perfume - January 2007

Initially I was intending to follow a formula for a traditional floral chypre to see what I could do with it. A basic floral chypre consists of Labdanum, Oakmoss and Patchouli base, floral heart notes with citrus at the top, Bergamot being the most favored. I have some formulas where Vetiver and Sandalwood are also in the base with the other trilogy of traditional base notes. Being a fan of Vetiver I choose to include it in my chypre base. The first step was in experimenting with different chypre bases to get a nice melding of Oakmoss, Vetiver and Patchouli. Two were created; one with a light use of Oakmoss, the second a traditional formula which utilized copious amounts of the lichen resin. As the different Chypre Bases melded, I created a botanical Musk accord and several Floral accords, one of which went very green. I called the green accord, Fern.
The book on tape I was listening to at the time period of creating these formulas was “Greenwitch” by one of my favorite authors, Susan Cooper. Inspired by the story, I decided to create a green chypre using the very green floral accord, Fern, as the heart of the perfume and calling it Greenwitch. Green notes in the botanical/natural perfumers palette include primarily Galbanum, in a variety of forms and Violet Leaf. 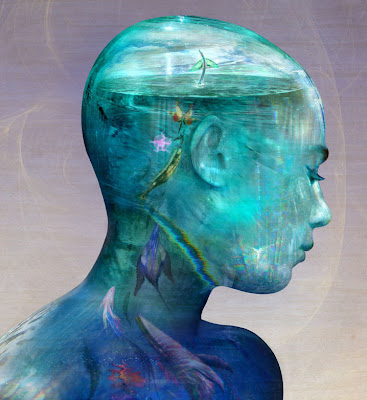 For the tinctures I initially decided upon Kelp and Onycha for the sea element of the White Lady and both Hawthorne flower, leaves and berries for the Greenwitch. I was not able to strain the special tinctures I made in time to add to the first version of Greenwitch, due to the deadline. In the final edition I will also add tinctures of Hazel and Rowan. Other planned additions include Birch to the base and more Rose since the Hawthorne and Rowan are from that family.

In the story the Greenwitch is created as an offering to “Tethys, the ancient ocean goddess and Queen of the Wild Magic”, also called the White Lady. There are references to the Greenwitch also being termed as the bride of King Marks. I would love to know if there is an actual making of the Greenwitch in Cornwall, England as described in the book or if it is a fictional rite.

“The making of the greenwitch....is an old spring rite...
for greeting summer
and charming a good harvest of crop and fish.”

“Hazel for the framework, Rowan for the Head, The body is of Hawthorne boughs and Hawthorne blossoms.”

This is a list of the essences that are included in the first two variations:

I'll be putting a few small samples up on my etsy boutique for those who wish to explore the fragrance. However, it may not be until after the holidays. The studio is gratefully very bee-sy at the moment and I have quite a lot of orders to fill and custom perfumes to finalize.

Images ©Greg Spalenka, at top a cropped version of Emerge and below it is Imagination Vibration. My daughter Eve was the model for both these pieces which were commissioned as posters. See more at the Spalenka website and at his outpost on etsy.
Posted by Illuminated Perfume at 9:50 AM

I am...enchanted. :) Thanks so much for the "biography" of this fragrance (and its variations). Am also intrigued by the idea of a version with more birch...hmmmmm.

Roxana, it is quite wonderful of you to take the time to share your story of creation, especially during a busy season for you. I am sure there are many who will appreciate it, both right now and into the future.

Thanks Shelley, it's a pleasure to share it. I had it already transcribed, so it was just a matter of copy, paste, a few tweaks and putting in the imagery.
:-)