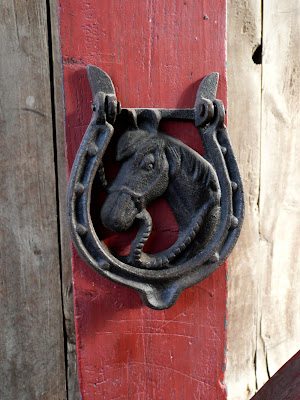 The most Equine, horse-like, fragrance note in my palette as a natural, botanical perfume artist is Amberi Attar. Other notes that impart an overall impression of horse are those found in the following groups: leather, agrestic, grassy, coumarin, balsamic and animalic.

The perfume I am developing with Michelyn Camen based on my birthplace of Buenos Aires, has an Equine accord. I created the accord to weave in the hay notes of the Pampas and an important part of Argentina's rich history and culture.

Originally when I began this perfume several years ago I was focused on incorporating the rich, earthy aspect of the Pampas. As I teamed up with Michelyn and thought about the concept being focused on Buenos Aires and A Tale of Two Cities I expanded the idea. The Equine accord extends the reach a bit more and incorporates the game of polo, which Argentina dominates as the World Champion since 1949.

The history of polo stems from the same region as that of perfume. The excerpt below is from a the Argentina Polo website: (Originally published in polonews.com, from: The Vancouver Sun)

This verse, inscribed on a stone tablet beside a polo ground
South of the fabled silk route from China to the West, sums up the ancient history
of what is believed to be the oldest organized sport in the world.
The name for this accord is Equus caballus. The notes of this accord will appear predominantly in the base with the notes from the Fruit accord making an appearance more in the heart and top notes of the fragrance.

Read more about the upcoming perfume with the theme of Buenos Aires here at these links:
The Tale of Two Cities
Forbidden Fruit
Posted by Illuminated Perfume at 5:53 PM