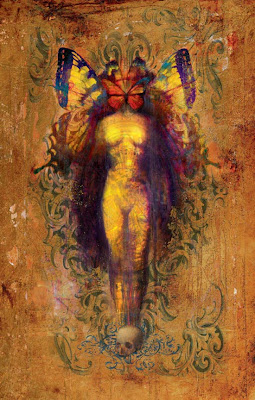 "Insanity: doing the same thing over and over again and expecting different results."
~ Albert Einstein
I ponder this quote by Einstein on a daily basis. It became clear to me as a child that if I wanted things to change then it would be best for me to create the motion toward change. This concept can be applied to all aspects of our lives and when done is quite fertile, although sometimes uncomfortable.

During a presentation at the San Diego Comic Con a few years back by Deepak Chopra and Grant Morrison. Grant spoke of the caterpillar as the perfect symbol for what is currently transpiring on the planet. How all the consuming we have done has converted us into big, fat sleepy caterpillars. For those of us interested in evolving it is now the time to make our cocoons and change into something new.

With that concept in mind, I finally did something that I've been pondering for years but never quite had the "guts" to do it. I cut off my long locks! I know this sounds so silly and vain, especially given all the catastrophe on the planet. However, I do have a bit of silly and vain in my DNA, whether I like it or not. Thus, best to embrace who I am. 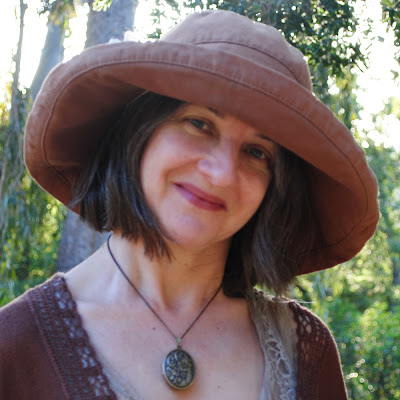 In keeping authentic to who I am and where I find myself in this moment I decided to embrace the silvery locks that have begun manifest on my head. In almost every culture around the world women tend to run away from who they are and attempt to look like something they are not. Sometimes the illusion is well done and in other cases it is quite silly. I am thinking particularly about the mother character in the 1985 film by Terry Gilliam, Brazil. It is quite sad that the media has convinced society that women need to look a certain way, I find it rather repulsive that the force of media is so strong.

For the last few months I have been looking through magazines to find examples of women who have embraced their wisdom filled locks. To my regret I couldn't find it anyway. I have friends who have boldly stepped into embracing their authenticity and those are my role models along with the style maven Jennifer Butler.

Thus, I choose to cut off the long locks that have been part of my style pattern that is nearing a decade of life on this planet. There have only been a few instances where I went for the short look, priarily in high school and when I was pregnant with my daughter Eve.

Here are a few more photos of my new "do"as I embracing who I am even more fully and encourage others to do the same. In the photo my earrings were custom made for me by Lori of HeartworksbyLori who also puts together the solid perfume lockets and necklaces I sell in my E-shop. 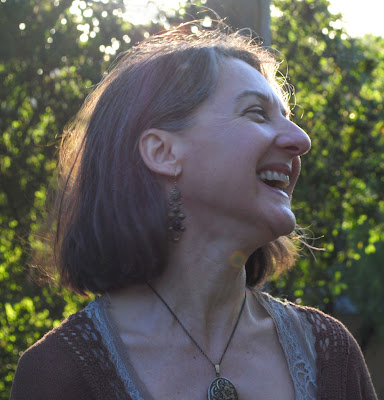 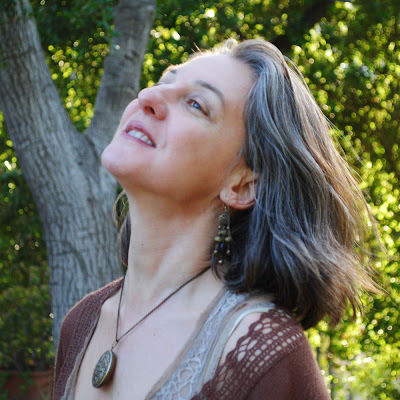 "He who rejects change is the architect of decay.
The only human institution which rejects progress is the cemetery."
~Harold Wilson
Images:
Opening painting titled Commutio ©Greg Spalenka, available as a print or a postcard. Photos by of me by my daughter Eve Neuhart.
Posted by Illuminated Perfume at 12:14 PM

I'll be 30 in about a month and I've tons of grays! My temples are practically white already.

I did colour my hair for about a year, feeling self-conscious, and they increased!

Now I'm growing out my natural, dark and gray colour, trusting my body is an organic brilliance of nature I should only love, nurture, and not try to force into being anything that it chooses not to be.

It's great to see other women doing the same :)

Hello lovely, yes indeed it's all about trusting our selves. Great to hear another sister is on the path of authenticity! xo

Is that quote our late Prime Minister ?