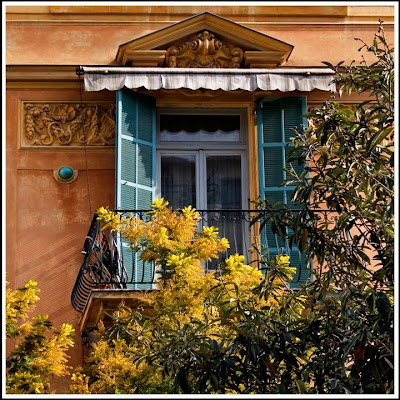 The slender acacia would not shake
One long milk-bloom on the tree;
The white lake-blossom fell into the lake,
As the pimpernel dozed on the lea;
But the rose was awake all night for your sake,
Knowing your promise to me;
The liles and roses were all awake,
They sigh'd for the dawn and thee.

~ A stanza from Maud by Alfred Lord Tennyson
Inspiration for the combo Perfume Illuminated and May Flowers entry today is Mimosa. I noticed the other day that the neighborhood Mimosa trees, also known as the Persian Silk Tree, are in bloom. The term Mimosa is used for a variety of plants including the Legume and Acacia species. 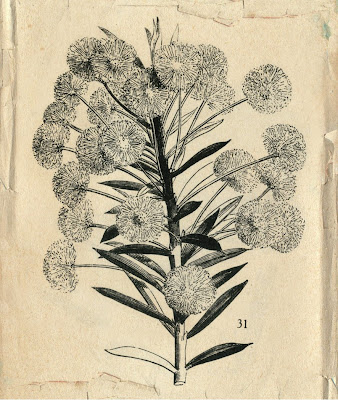 The botanical name for the Mimosa growing here in this woodland is Albizia julibrissin named after an Italian nobelman Filippo del Albizzi. The genus Albizia contains the species Albizia (Alba) julibrissin which originates in Asia. Albizzi introduced the species to Europe in the mid-18th century. About the same time the ornamental Mimosa tree was brought to the United States where it established itself in the south eastern coastal states.

The tree has lacey, fern like foliage with pompom-like silk like flowers. The fragrant flowers are an excellent food source for our beloved honey bees and other pollinators like the hummingbirds and butterflies. 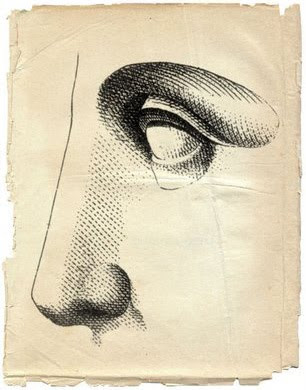 FRAGRANCE
For the botanical and natural perfumer Mimosa is available in a few different formats from two botanical species Acacia, not the Albizia (Alba) julibrissin mentioned above. Acacia decurrens native to Australia is called the Sidney Black Wattle. The Acacia decurrens used in perfumery is most often grown and distilled in France, as well as India and Morocco. There is also Acacia dealbata and Acacia baileyana which is grown and extracted in India. 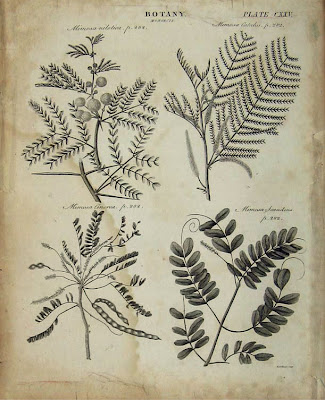 As a raw material it is available as a C02 extract, a concrete/absolute. There is a cousin to Mimosa from the family of Acacia called Cassie, Acacia farnesiana. From the golden blossoms of this plant an absolute is available.

The aroma of Mimosa is soft, delicate and feminine with honeyed, floral woody notes. In some instances the note is slightly green while in others, particularly the Cassie, it has a bit of a spicy character. Differences in the character of the fragrance are partly due to whether the material has been extracted from solely the flowers or the flowers and twigs. The absolute and C02 extract tends to be very viscous and a bit tricky to work with. Instead of using droppers I use Asian bamboo sticks, glass rods or small metal spoons and do my measuring by weight rather than drops. The material may be softened by placing it in a bain marie over low heat. Mimosa concrete requires large amounts of patience and skill to work with since the raw material is almost rock-like but with more prevalent honey notes. The concrete acts as a good fixative in perfume.

There seems to be some debate in Natural Perfume circles as to whether absolutes should be considered "natural" due to the some extraction methods. I find this new concept so interesting. In professional aromatherapy circle there has been the debate as to whether absolutes are aroma therapeutic, but, to say they are not natural is a bit of a stretch. It makes me wonder if someone is trying to position themselves above everyone else with this "new" philosophy. In either case, Mimosa as an essence, is considered "aromatherpeutic" specifically in the area of relieving anxiety and opening the heart.

Since Mimosa figures prominently in lilac bases and muguet (Lily-of-the-Valley) perfumes I thought we would put together a Mimosa accord that then could be used as a base for other perfumes. Here is a list of materials to consider based on a Mimosa perfume formula in Perfumes of Yesterday. 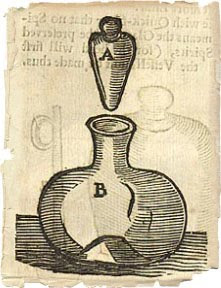 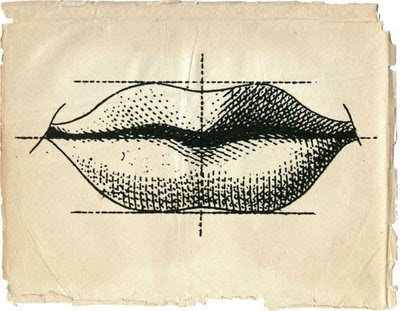 FLAVOR: Beth Schreibman Gehring
Please continue reading about Mimosa at the Windesphere Witch blog
Images:
Opening image ©2010 Rita Crane Photography, thank you Rita for allowing me to use your glorious photos!
Others, old engravings placed on parchment by Roxana Villa.
Posted by Illuminated Perfume at 9:03 PM

Roxana, dear sweet friend, I am constantly amazed at your depth of knowledge in this field. Honestly! I'm so impressed. Everytime I visit your beautiful blog, I learn something new. It's like a romantic, gentle, and very worthwhile online class :)

I've learned more about mimosa than I knew. I find the new contraversy a bit silly (but I'm no expert).

The one thing about your post that I would call my most favorite is the fact that mimosa is known for relieving anxiety and opening the heart. How completely wonderful!

Thank you so much for arranging this awesome month long tribute, and for being you.

Dennice, my goodness, can I go to your etiquette school? You are so very good at expressing your warm vibrant heart. Thank you for the blessing of your visit and beauty rich message. xoxo