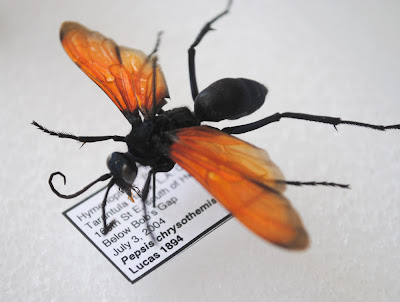 Just before entering into new millennium I met my husband Greg Spalenka. At the time I didn't know he would be my future life partner. It was when I walked into his "happy house" that I got the first whisper of the potential.

He took me on a little tour, including his vast collection of insects. I never quite considered myself a "bug" person, until witnessing the beauty of these little pinned creatures. Each one was so beautiful! Some looked like miniature African masks, while others looked like a helmet for an army man. The most spectacular, in my opinion are the gem stone colored ones. I totally get why the Volkswagon company named there 1960 classic with the word BUG. 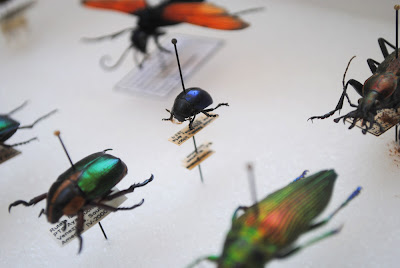 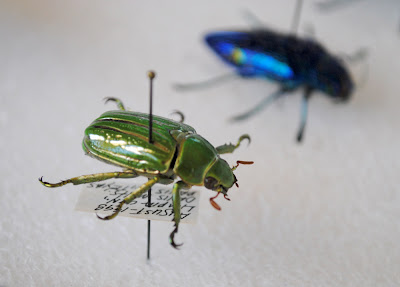 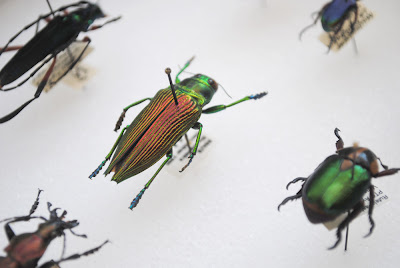 I became fascinated with Tribal arts while in art school as well as Folk art and Primitivism. These insect certainly have a bit of that tribal aspect, yet also feel somewhat modern and SciFi-esque. 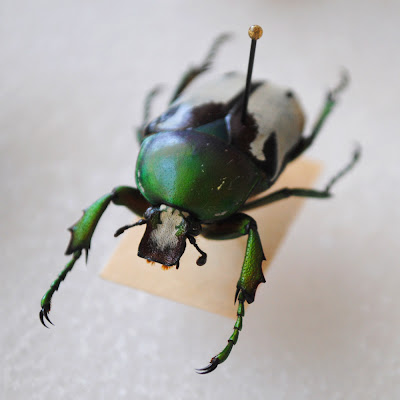 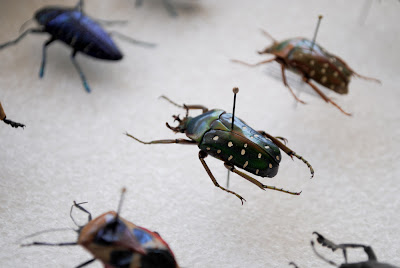 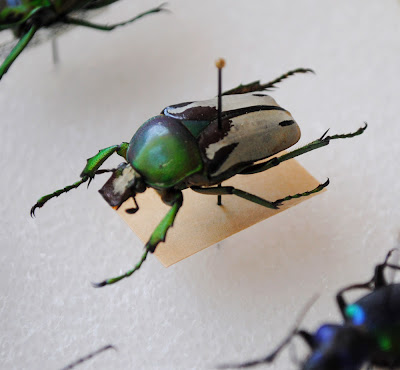 In May 2000 Greg took me to my first ever Bug Fair at the Los Angeles Natural History Museum. If you haven't attended an event like this I highly recommend it, especially with children. 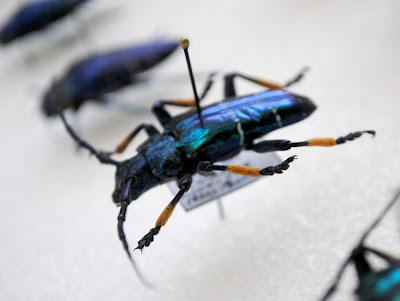 Recently I was pondering if there was anything along my path thus far that hinted I would one day be tending bees. A little voice, or was it the hum of a bee, reminded me of our vast bug collection. Aren't they great! I know there is a sort of beautiful horror aspect to them, I highly recommend seeing them in person, the luminosity is so much better in person. This is only a small sampling, I'll share more when I next get access to my daughters really nice camera. 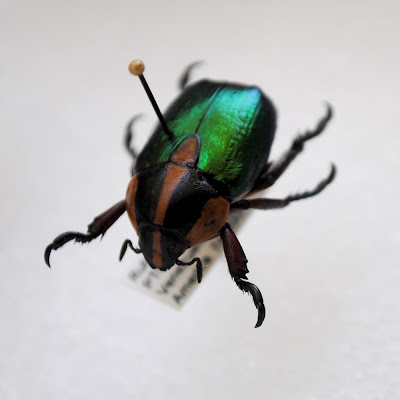 I remember the film Angels and Insects was really rich with insects, although the story is a bit disturbing. Curious if it holds up over the years, must re-watch it and see.

and Naked Lunch, one of the best Art films ever!

Bill Lee: What do you mean, "it's a literary high"?
Joan Lee: It's a Kafka high. You feel like a bug.

Bill Lee: I thought you were finished with doing weird stuff
Joan Lee: I thought I was too, but, I guess not.
Photos ©RoxanaVilla
Posted by Illuminated Perfume at 1:32 PM