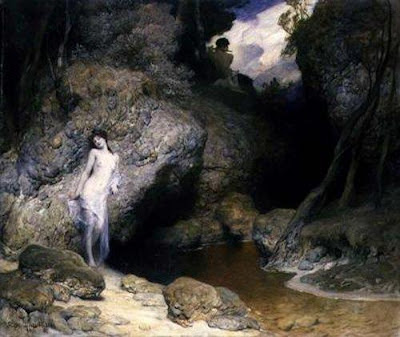 The weekend brought a surprise gift of tickets to a sacred music concert at the St. Basil church on Wilshire Blvd. Local friends contacted us Thursday evening with the invitation to the concert and a Ḥănukkāh dinner prior. Despite the chaos here in the house due to the constant flood of orders we decided to accept the invite.

Six of us piled into a truck and headed into Hollywood for the event. All I knew was what I typed above and that the compositions of Hildegard von Bingen were included in the performance. I became conscious of Hildegard's abundant visionary work through Greg. In fact the story of Vespertina is has elements of Hildegard woven through out. 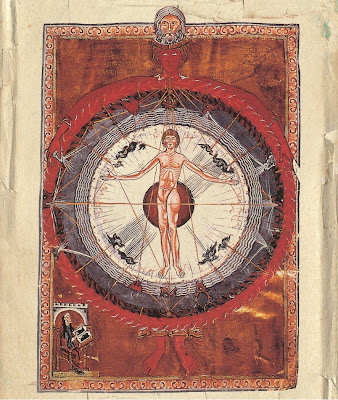 The vocal ensemble that performed the music is called Tapestry from Boston. Weaving medieval and traditional repertory with contemporary compositions the music is enchanting and elevates to angelic realms.

Last night as we watched a 1981 concert by the rock band Queen I couldn't help but ponder the difference in the music from Saturday evenings performance and rock and roll. Studies indicate that our brain waves are significantly affected, like water, from music. Here is a snippet quoted from the website Cerebromente

The key component of music that makes it beneficial is order. The order of the music from the baroque and classical periods causes the brain to respond in special ways. This order includes repetition and changes, certain patterns of rhythm, and pitch and mood contrasts. One key ingredient to the order of music from the baroque and classical periods is math. This is realized by the body and the human mind performs better when listening to this ordered music

At the concert I sat next to a woman named Susie which turned out to have been trained as a Waldorf teacher. During the intermission we dialogued of the profound elevating sensation from the music and different philosophies regarding human evolution.

Rudolf Steiner and other scientists and philosophers believed that as man evolved away from nature that we would lose many of our inherent intuitive attributes and connection with subtle energetic fields. At the core of my personal volition in my art, whether visual or aromatic, has been to connect individuals more intimately with nature, including their own essential nature. 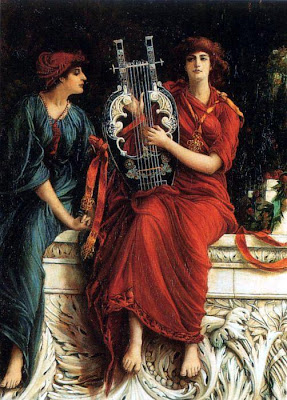 Since the bowed lyra was one of the instruments of medieval music it would have made sense to have worn the botanical perfume by the same name. I'll remember that next time, upon further contemplation the perfume devoted to peace would have fit in nicely as well. In either case, my scent of the evening was Page47, which I liberally applied as I had just finished making it here at home before we departed.