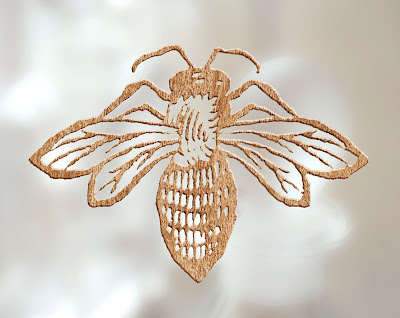 Here in the woodland we suited up last Saturday afternoon to check the bees and add another box. The girls were substantially calmer than in March when Roberta and Ceebs came by to do a hive check. Greg was a little un-nerved by the loud communal humming that radiated out from the hive as we quickly worked to add the forth box.

Regrettably they were building in a zig zag pattern in the third box. Rather than making a mess of capped honey and brood we choose to let them bee and only moved one frame up into the new box. Normally one would move about four of the outer frames up to encourage them to expand into new quarters. These gals are pretty focused, unlike our other hives, thus I'll betcha they started moving up immediately. 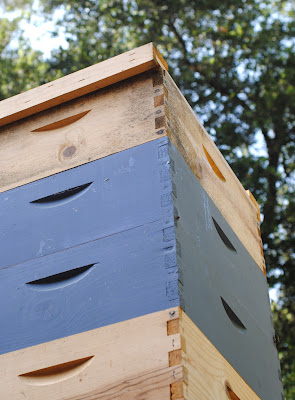 They now have four boxes and will more than likely need a fifth within a month or two. Fingers crossed that they'll have some extra honey to share with us by September. We will only take honey as long as they have enough of there own to survive the dearth which begins in August/September when nectar begins to run low. We prefer our girls feed themselves from their own honey rather than take all their stores and feed them sugar water, like the big industrial bee keepers.

Meanwhile, photographer Eric Tourneret has some amazing photos of beekeepers all over the world at his site The Bee Photographer. I highly suggest going to check it out!

The opening image is a graphic created by using photoshop to emboss the bee graphic into an existing photo, a la letterpress. I've been super bee-sy lately doing a lot of graphics for a cool little project and upcoming products. More to be revealed soon.
Posted by Illuminated Perfume at 5:15 PM