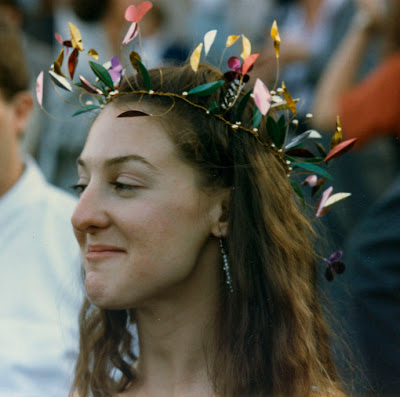 On the day of graduation from the Otis College of Art and Design in downtown LA several factors united to produce one incredibly magical day. It was May 1985, the school was located in downtown Los Angeles in what at the time was considered to be the murder capital of the world. MacArther Park across the street had been cleared out of the derelicts and arranged for the ceremony in a palette of festive 80's colors. 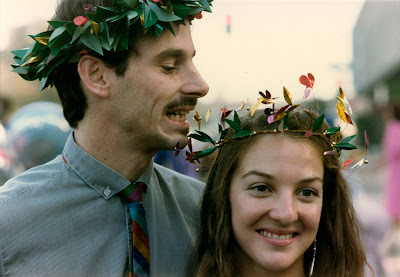 Marilyn had made Ben and I beautiful crowns to wear that day. Just before the ceremony, I was called into the office of the Communication Arts department head, Shelia Levrant de Bretteville. Shelia offered me a teaching position at Otis beginning next month with the high school summer program. I was thrilled, especially since this was the program I had attended during the summer between high school and college which ultimately resulted in attending Otis. 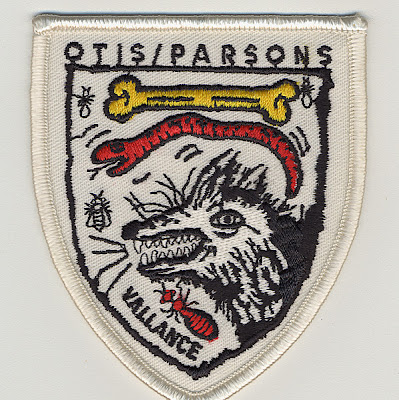 The commencement speaker for the graduation was local artist David Hockney, wearing his trademark non matching socks. After the ceremony I was invited to a dinner with Ben, his parents and friends of the family. One of these family friends was the design icon Ray Eames.

I was not aware of Ray and Charles Eames until I went to art school and met my first husband Ben. For the most part I was pretty clueless about graphic design until entering Otis in the autumn of 1981. Having Ben , who had grown up around all things graphic design and Eames broadened my awareness profoundly. I even considered a major in design instead of illustration, with one friend urging me to become an art director because of my conceptual skills.

At the graduation dinner Ray Eames gifted me with an ultra modern black designer pen which I used daily until the ink ran out. That was one really special day as I stand here, in the world of natural perfume, on this rose strewn road looking back at all those sign posts.

"There are moments in our lives, there are moments in a day, when we seem to see beyond the usual. Such are the moments of our greatest wisdom. If one could but recall his vision by some sort of sign. It was in this hope that the arts were invented. Sign-posts on the way to what may be. Sign-posts toward greater knowledge." ~ Robert Henri

Yesterday Ben sent me the trailer for a new film about Charles and Ray I can't wait to see it! The crown Charles is wearing in one of the photos was made by Marilyn. Marilyn and John both appear in the film.

Photos by Andrew Neuhart, Patch, from an Otis Continuing Education Catalog cover designed by Jeffrey Vallance
Posted by Illuminated Perfume at 9:29 AM