Questions, Answers and the GreenWitch 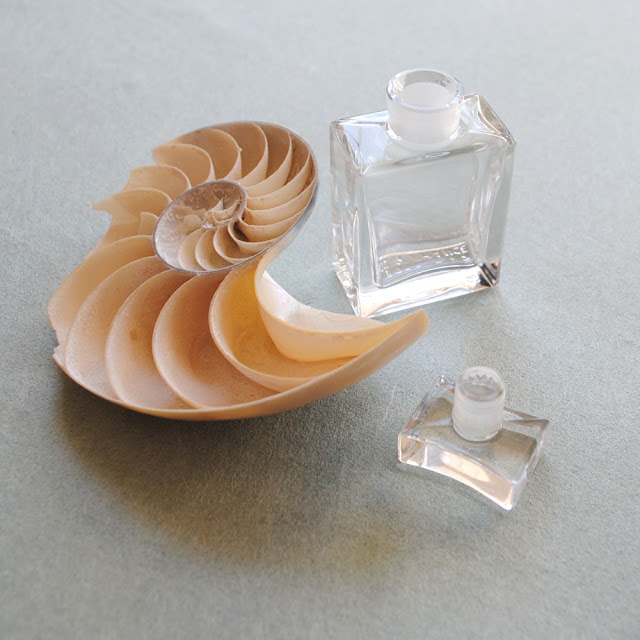 I loved Q in the solid form and have not tried it in the liquid form and I am debating which to purchase and trying to estimate if I’m purchasing a couple months’ supply or a year or what.

I asked a few devoted customers how they would answer this question, here is what they said...

"Actually, most everything lasts a fairly long time  --  especially compared to other scents on the market.  I do have more than several Illuminated scents to choose from though, so I alternate, which probably adds to their longevity.  However, with that said, the compacts last quite a long time, which surprises me, since I tend to use these the most.  Because I feel that I have more product, I tend to apply them more liberally.  I know I'm fooling myself, but still, the compacts do seem to last.  Of course, it depends on the scent and how often I reapply it.

The smaller pots seem to go down faster though -- and the vials' longevity depends totally on the scent and how often I wear it.  Impromptu is very long-lasting, so I still have some in the little sample you sent out earlier.  And I reach for that one a lot.  Some other scents that I have in vials I've totally used up, like Vera and Sierra, because I reapply them more often.

I also feel that your solids retain the scent much longer that those of some other perfumers I've tried.  I have compact-type solids from other makers that are not all that old, but the scent has already changed to the point that I smell the base waxes more than the original scent.  Not so good.  My original Q compact, which was the first one I purchased from you, although nearly gone, still smells just as fragrant as when it was new.  I love that . . . "

"Very approximate rough guestimate: I had a look at my honeypot (5 g), which I've used almost every day (some days it's been Q or Green Witch) and fairly generously, on several pulse points.

Green Witch I've used for longer and more lightly (and mainly at work). That's in a compact (which I topped up from a 5 g honeypot); I use it about half that rate, so call that 1 compact / honeypot / 5 g in 3 months.

So: depending on lighter or heavier use... 5 weeks to 3 months?'

"The 7ml seems bottomless - I use Green Witch once a week at least, still have loads left after a year.
1ml lasts about a month or so used every day (sometimes twice a day) - I wore the heck out of 1ml of Sierra one December :)
The honey pots last for heaps longer than that. Months. At least three or more, even used every day."

I'll leave you with this sentence from the book The GreenWitch by Susan Cooper, it describes Janes room after having been visited by the GreenWitch...

"there was a great mess of little twigs and leaves, hawthorn leaves and rowan.
And everywhere the great smell of the sea."

If you would like to read more about longevity and perfume here is another post on the topic: Immortal.
Posted by Illuminated Perfume at 11:59 PM

:) Thank you so much! I just stumbled across a few reviews on the Perfume Shrine site and was about to ask the same question.
Off to your store to stock up on some of those lovely samples!

I'm sorry I'm so late on this: Ginger here, the one who uses loads of solid scent comparatively fast :)

I should explain that I just use solid scent, for reasons of skin reactions with a lot of alcohol-based ones. Which is how I found Illuminated Perfumes in the first place, as I was looking around for gorgeous "proper" solid perfumes and some friends on MakeupAlley gave me the tip. (I like friends like that.)

If you're using the solid in combination with the liquid, you'll probably need less and use it up less quickly than I do.

I'm super happy with how long Roxana's perfumes last--both the sillage every day and how many days' worth a container will provide. Compared to every other solid I've used.

And did I mention how in-a-different-league, out-of-this-world, other-worldly, magically gorgeous these scents are? No comparisons are possible!

Happy sniffing, and best wishes for much happiness being sniffed...