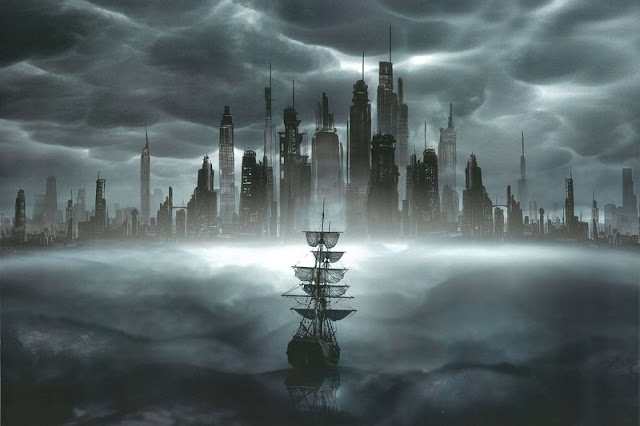 Last night, while roaming the world wide web, I came across the trailer for a film titled Cloud Atlas. I'm not sure why I clicked on it, but I did and now cannot wait for its premiere. As I watched the I became more and more intrigued, realizing that I am their obvious niche market with actor choices story content and visuals. By the end of the trailer when it is revealed that the film is created by those behind the Matrix, I thought ah-hah! Here it is just in case you haven't already seen it. 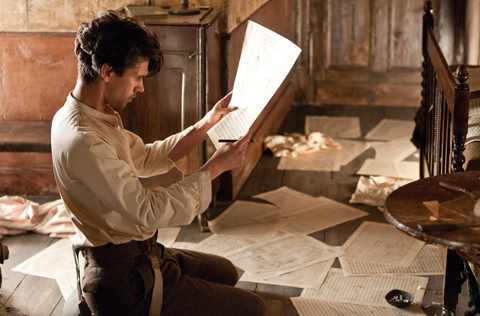 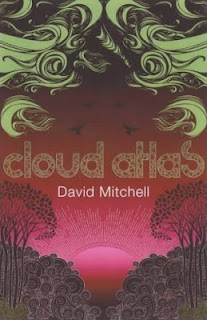 The story is based on the novel Cloud Atlas by British author David Mitchell. The Wachowski brothers (now actually a brother and sister) and Tom Tykwer (Perfume, The Story of a Murderer) wrote the screenplay and are the three directors on the film.

I was thrilled to see Ben Whishaw is one of the actors, I've been in love with him since his portrayal of in Bright Star. He is also fantastic in the Julie Taymor version of The Tempest and the BBC TV show The Hour.

Some of the concept design work looks like it was done by our friend Stephan Martiniere, however, upon researching I do not believe that is the case. (Note to self, ask him to make sure.) It's too bad the directors didn't hire Greg, he would have been so perfect for this film.

Here is a a video of the Wachowskis and Tom Tykwer talking about the film. My only concern from watching the trailer for Cloud Atlas is that I hope it doesn't turn into a What Dreams May Come, which was visually stunning with a great idea but in the end didn't work well as a fleshed out film.


Posted by Illuminated Perfume at 2:15 PM

amazing images! I want to pause so many of them
merci carolg

Hi Carol,
I too would have liked to pause the trailer and gaze at still images. I love how they have woven so many eras and genres into such beauty.