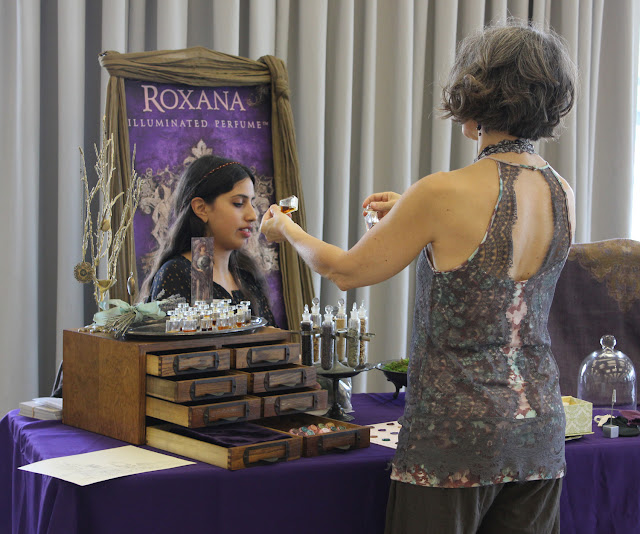 The LA Artisan Fragrance Salon took place yesterday alongside the Chocolate Salon at the Santa Monica Civic. Since Eve is away at college in Vermont, I had her friend My come and help out along with Greg. What a godsend to have them both! 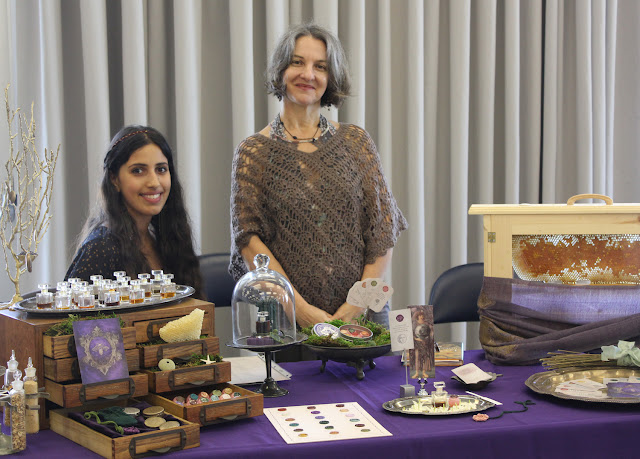 We arrived early to get the booth all dolled up in time for the 11am opening. Since this event was local I brought a frame of honey comb with bees from the Mische Hive to have on display. A big hit with lots of people, especially the youngsters. 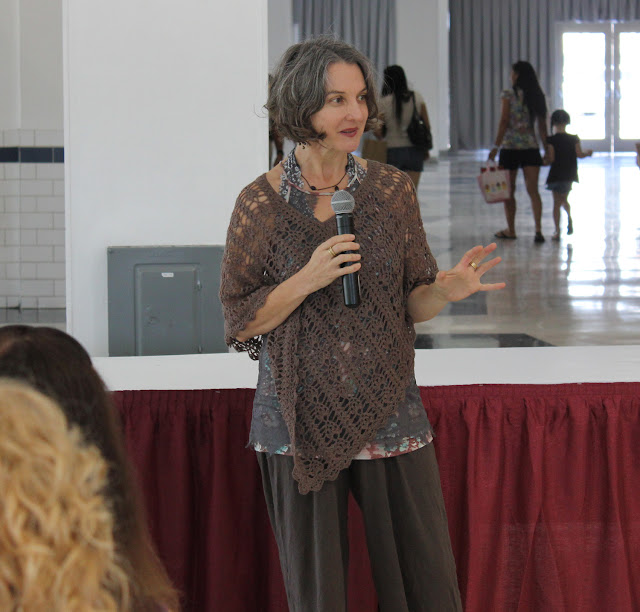 At 12:40 I did a presentation called "Love in the Garden" to a very attentive group. As I walked back to our booth through the chocolate show I noticed massive lines awaiting samples from various vendors! 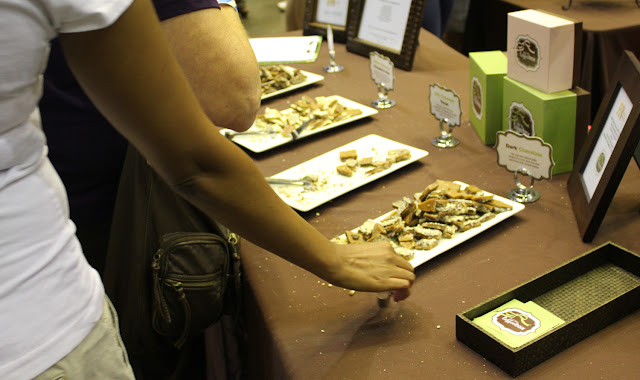 Here's a series of photos taken by both My and Greg. Best selling perfume was Green Witch and super interesting feedback on Chiaroscuro, which I will elaborate on shortly. 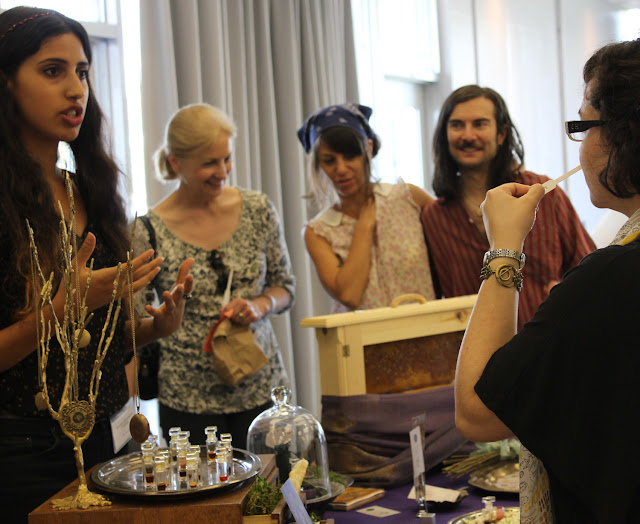 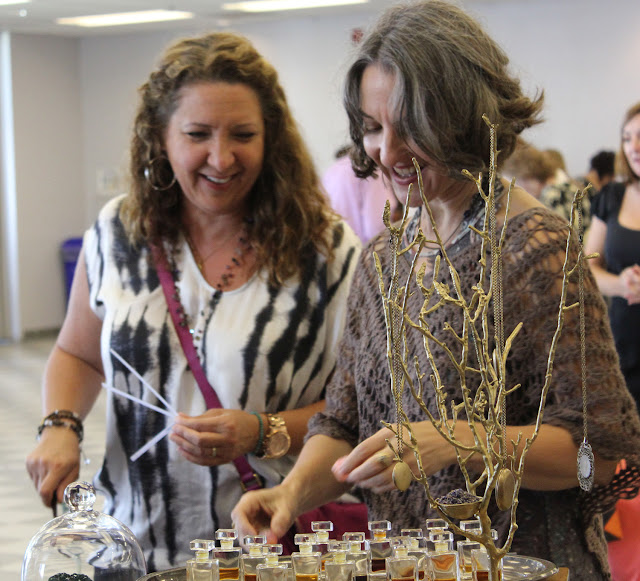 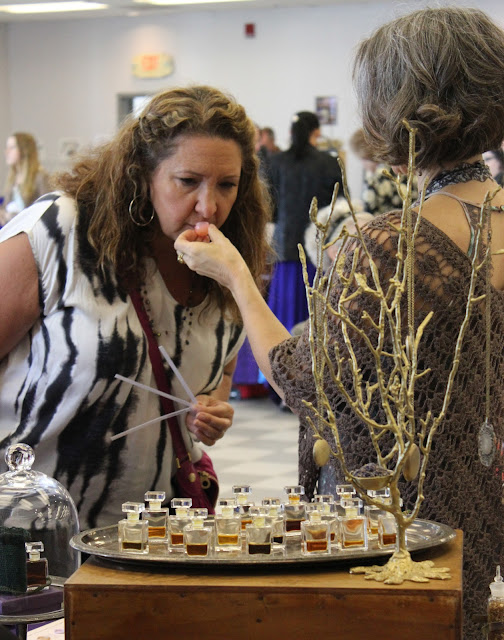 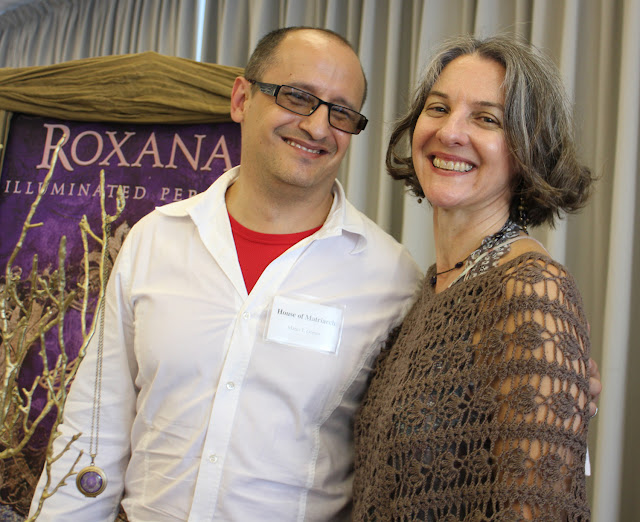 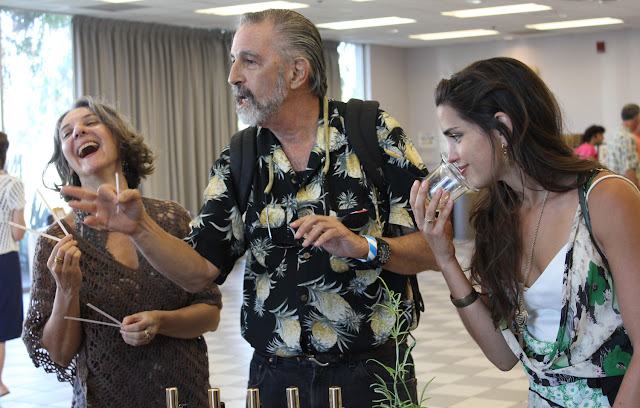 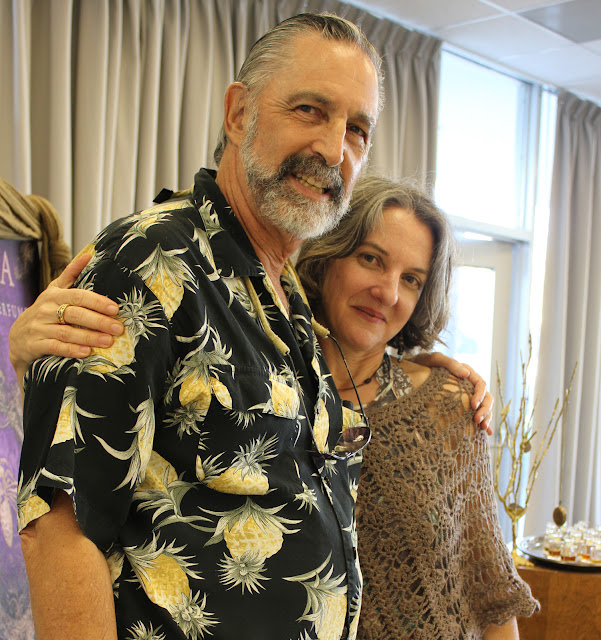 Posted by Illuminated Perfume at 12:55 AM