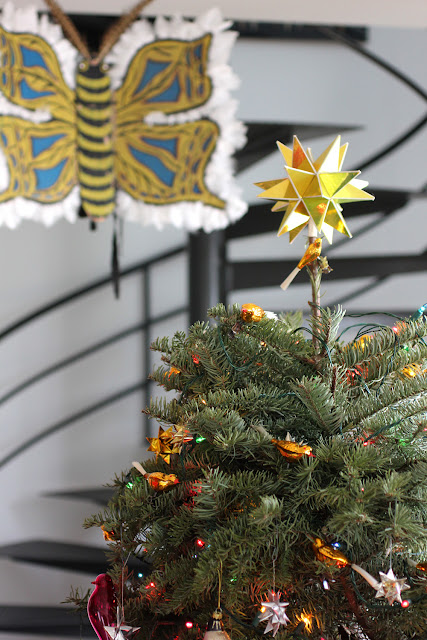 Once again on Christmas morning Greg, Eve and I journeyed southward to Hermosa Beach to spend the festive day with the Neuhart clan. 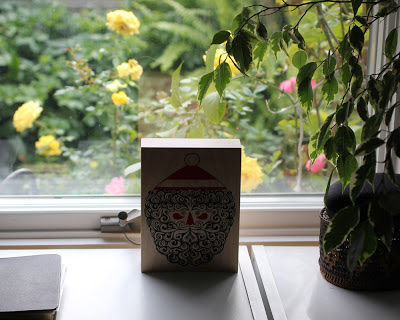 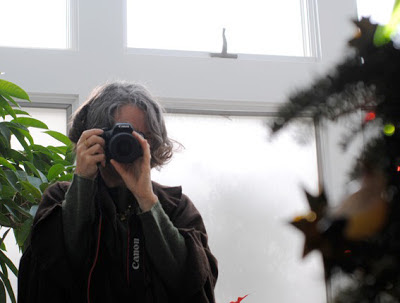 Outside the day was cold with a dreary grey cast, inside was colorful and festive with the scent of food wafting from the kitchen. First thing we did was pose for the yearly family photo shot by Andrew. We never actually see these photos....hmmm. 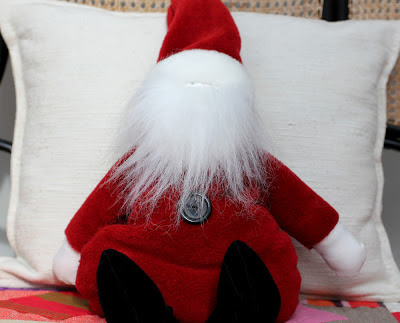 The Santas this year were arranged with poinsettia on the low living room table with one lonely little guy on the settee to welcome you as you entered the house. 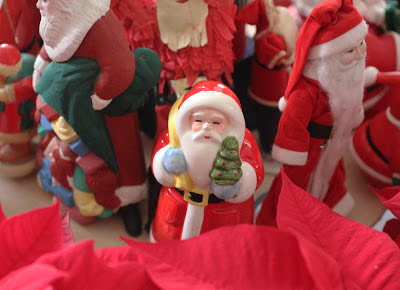 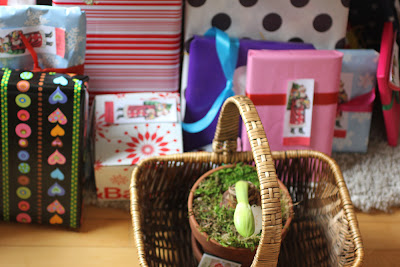 Once the family photo was taken, we were assigned seating positions for the opening of gifts. 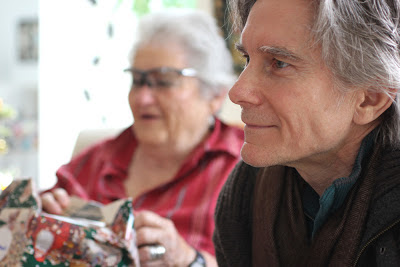 Marilyn in the background with and Greg. 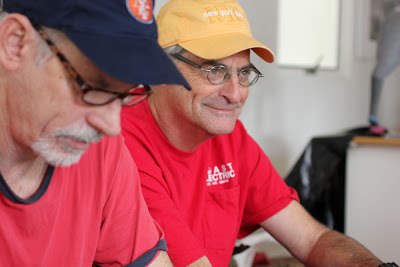 Ben and Andrew, can you tell these two are brothers? 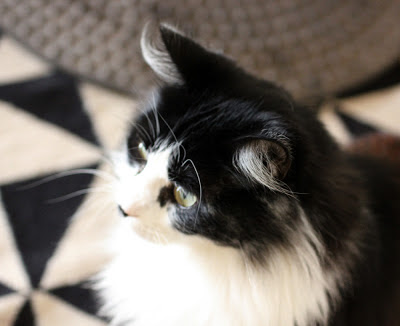 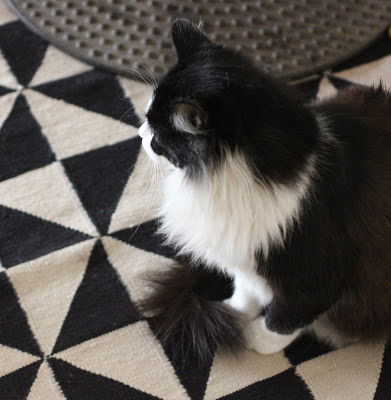 Bob, One of the resident kitties, who also goes by a bunch of other names, including Bobo. 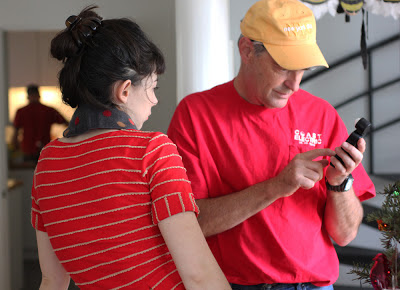 While we played with our new toys Marilyn and Ben did the final prep on the feast.
Andrew showing Eve the benefits of her new light meter. 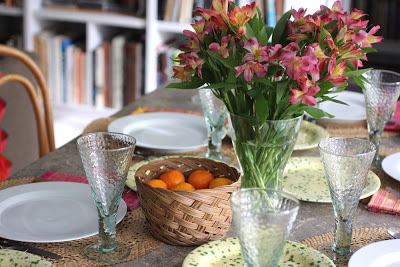 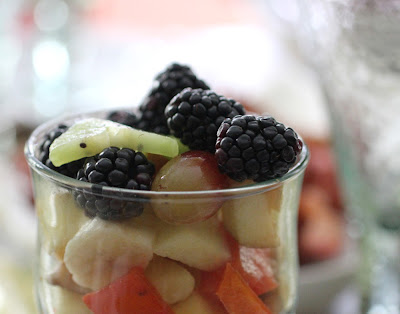 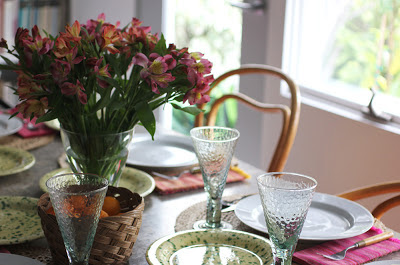 After the feast Ben and I got into our super geek mode and helped Eve put together her brand new twin reflex camera from China. The directions were wrong which made things very challenging. Thanks to the internet we were able to follow other peoples directions. 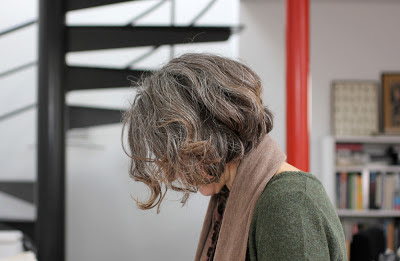 That's me, photo taken by Eve, while I sit at one of the long white work tables in the studio. attempting to decipher camera instructions. 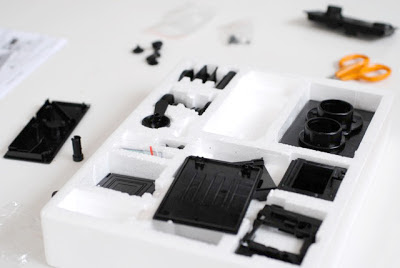 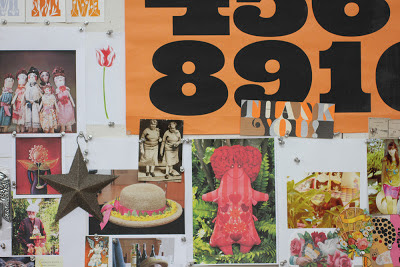 A small fragment of Marilyns inspiration board in the studio.

I didn't put on perfume that morning, but the green wool sweater I was wearing smelled of Chaparral.
We didn't return home until late at night.