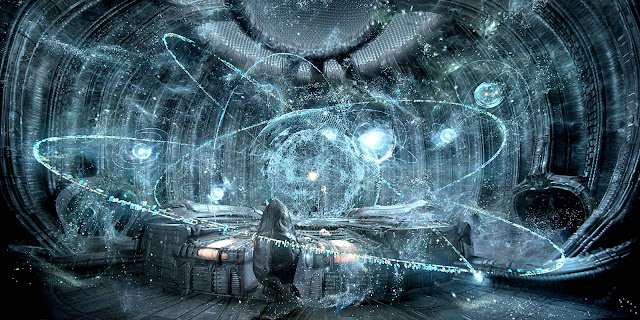 I went to see Alien back in 1979, along with most young movie goers at the time. I didn't relish the idea of seeing Prometheus, despite that I appreciate Ridley Scott and Damon Lindelof, I'm just not into gore and aliens.


I am into sci-fi eye candy and great actors like Michael Fassbender, so I was hooked after seeing the above trailer, just not enough to see Prometheus on the big screen. Last night we watched the DVD and was fully satisfied with the two things I expected, gorgeous eye candy and fantastic acting. The story, however, left me a completely empty.

In fact, the entire film could have just been focused on David and it would have probably been a better story, albeit a little too close to Moon with Sam Rockwell, an excellent film.
This video title Prometheus Actually Explained, which by the way I don't recommend unless you've seen the film because there are spoilers, gives much more depth to the film. Too bad they didn't put more of it in and done a little snip and tuck. 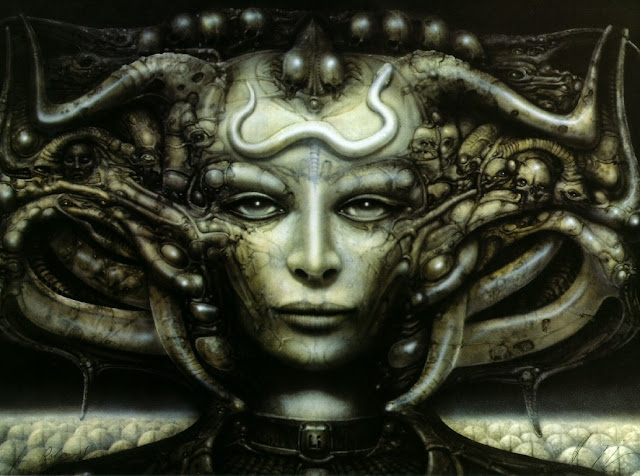 Visually the film is beautiful, full of the spectacular imagery of Hans Rudolf (H.R) Giger, one of the kings of the Fantastic Realism genre.

"Giger’s most famous book, Necronomicon, published in 1977, served as the visual inspiration for director Ridley Scott’s film Alien, Giger's first high-profile film assignment, which earned him the 1980 Oscar for the Best Achievement in Visual Effects for his designs of the film's title character, including all the stages of its life cycle, plus the film’s the extraterrestrial environments. Giger's other well-known film work includes his designs for Poltergeist II, Alien3 and Species, as well as the legendary unmade film, Alejandro Jodorowsky’s Dune."
~ from Gigors biography. 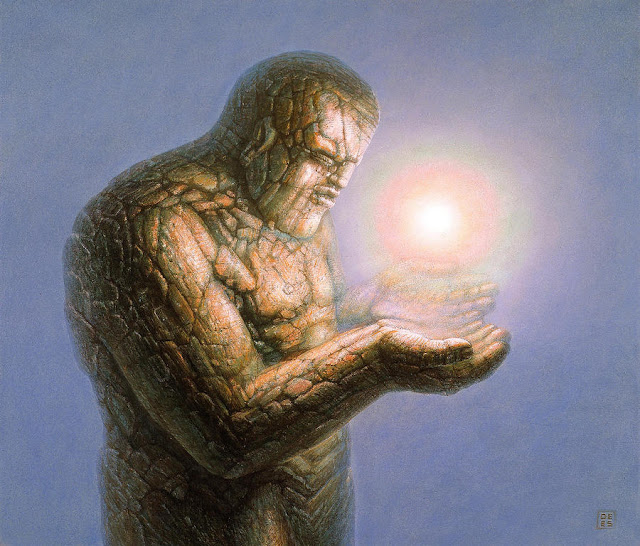 The other artist I felt there were elements from were De Es Schwertberger, who was part of The Vienna School of Fantastic Realism. I had the opportunity to visit him while in Austria. Visionary, transcendental art is one of my absolute favorite genres in art, it is quite vast and includes such artists as William Blake, Frida Kahlo and many friends who attend Comic Con and Spectrum Live.

If I were to include my work into a genre its this one, through my botanical perfumes I intend to elevate consciousness. Here is a link to a Visionary Art Manifesto. By the way, I am currently wearing a ten year old vintage sandalwood from Mysore that came from an old growth tree that had fallen in the deep woods of India.

Obviously the film Prometheus isn't transcendental, but it is nice to look at and a fun ride.

Posted by Illuminated Perfume at 9:00 AM