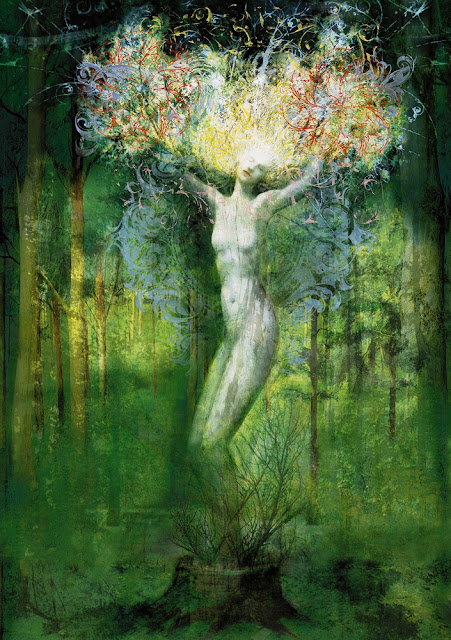 Happy May Day! The Gaelic May Day festival known as Beltane (Beltaine) in the western world is here once more. The big seasonal wheel in the sky is at one of the eight spooks of the, the halfway point between the Spring Equinox and the upcoming Summer Solstice on June 21st.

As many of you know I have a special kinship with this ancient Celtic holy day. Today Greg and I will trim one of our oaks in the front slope to create a new pathway to the our blooming native garden. These leaves will be infused and tinctured as an addition to the Q (Quercus) natural perfume.
Each leaf will be meticulously cleaned, dried, mindfully cut with an intention to spread awareness of our california oaks and then placed into organic alcohol based and organic jojoba oil. 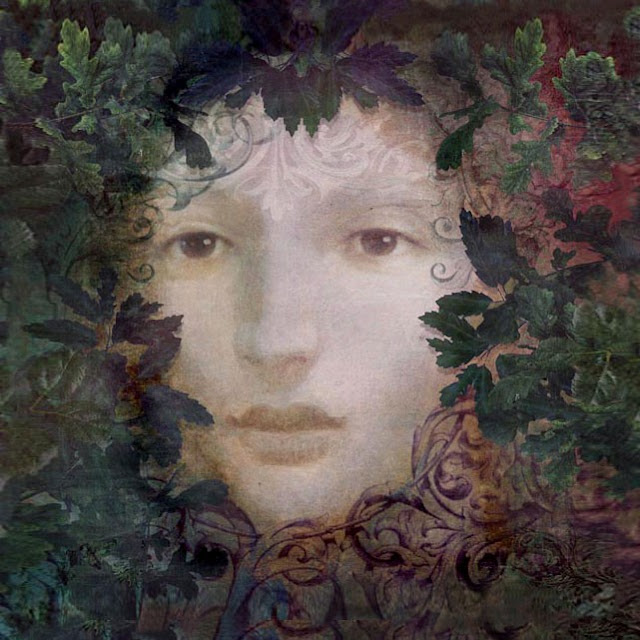 In the past I suggested Q for May Day, however, since this festival is about the abundance of nature and Spring flowers it feels like they all work to a greater or lesser degree. Even the new Figure 1: Noir with its deep, earthy, vital soil characteristics.

There are many plants associated with Beltane, including what is termed May Bushes, here's a few bits from Wikipedia.

Flowers and May Bushes

Yellow flowers such as primrose, rowan, hawthorn, gorse, hazel and marsh marigold were set at doorways and windows in 19th century Ireland, Scotland and Mann. Sometimes loose flowers were strewn at the doors and windows and sometimes they would be made into bouquets, garlands or crosses and fastened to them. They would also be fastened to cows and equipment for milking and butter making. It is likely that such flowers were used because they evoked fire.[2] Similar May Day customs are found across Europe.

The May Bush was popular in parts of Ireland until the late 19th century.[3] This was small tree, typically a thorn tree, that would be decorated with bright flowers, ribbons, painted shells, and so forth. There were household May Bushes (which would be set outside each house) and communal May Bushes (which would be set in a public spot or paraded around the neighbourhood). In Dublin and Belfast, May Bushes were brought into town from the countryside and decorated by the whole neighbourhood.[3] Each neighbourhood vied for the most handsome tree and, sometimes, residents of one would try to steal the May Bush of another. This led to the May Bush being outlawed in Victorian times.[3] In some places, it was customary to dance around the May Bush, and at the end of the festivities it was burnt in the bonfire.[15] Thorn trees were seen as special trees and were associated with the sí or fairies. The custom of decorating a May Bush or May Tree was found in many parts of Europe. Frazer believes that such customs are a relic of tree worship and writes: "The intention of these customs is to bring home to the village, and to each house, the blessings which the tree-spirit has in its power to bestow".[16] Sharon MacLeod writes that May Bushes were set outside farmhouses "to encourage and protect the abundance of milk during the summer".[17] Emyr Estyn Evans suggests that the May Bush custom may have come to Ireland from England, because it seemed to be found in areas with strong English influence and because the Irish saw it as unlucky to damage certain thorn trees.[18] However, "lucky" and "unlucky" trees varied by region,[17] and it has been suggested that Beltane was the only time when cutting thorn trees was allowed.[19] The practice of bedecking a May Bush with flowers, ribbons, garlands and coloured shells is found among the Gaelic diaspora, most notably in Newfoundland, and in some Easter traditions on the East Coast of the United States.[11]

May your day be bright and filled with the abundance of Spring Season where ever your dwell!

More May Day related posts at this journal can be found here.

Images: Divinus and the Q illumination by Greg Spalenka

May Day Blessings to you. I love the first illustration which you posted! Very nice post. Minerva x

I love May Day! When I was a child we used to dance around a May pole. We also used to make cone-shaped paper baskets and fill them with flowers from my mother's garden -- then we'd hang them on the neighbor's front door, ring the bell, and run and hide.

It still seems a special day even though I don't do much to celebrate it.