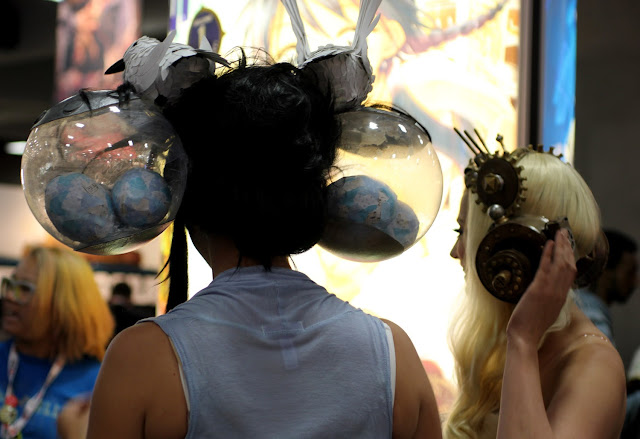 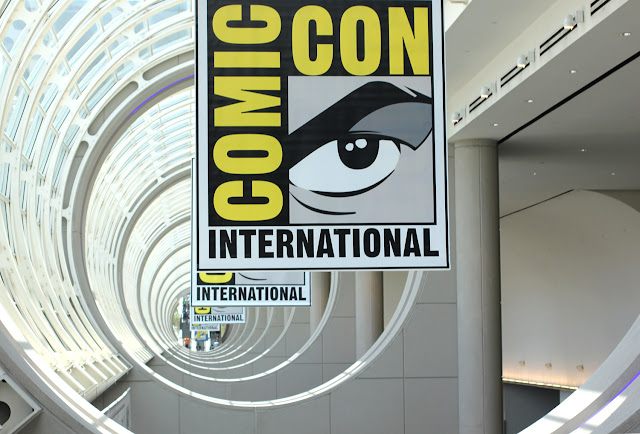 I wasn't planning on attending the San Diego Comic Con this year. The event has become so massive and evolved into something that is not quite my cup of tea. As the gathering grew closer I decided "What the heck!" it was an opportunity to get away for a few days, which is generally a good thing. 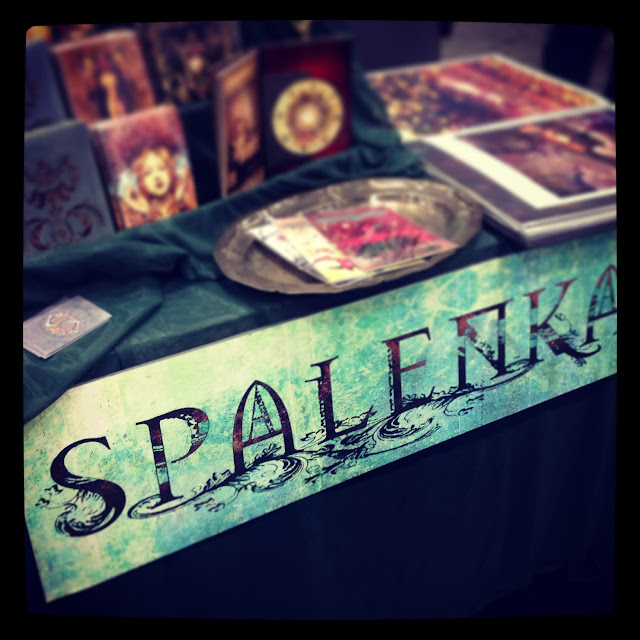 Wednesday morning we packed up the car, made my perfume package drop at the post office and then headed south to San Diego. This year Greg's space was located in Artist Alley, which is sponsored by Deviant Art. Just above the area there were two large digital screens projecting images from the artists in the Artist Alley area. Greg submitted six to eight images, one of them was Figure 1: Noir. 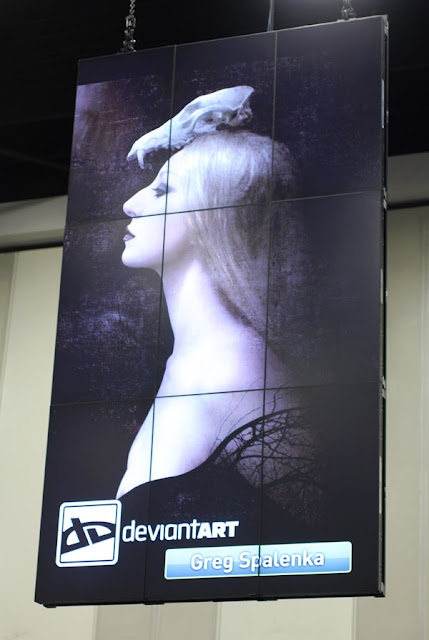 My main intention was to have fun, which meant: gawking at the spectacle, hanging with fellow artists and frequenting a few panel discussions upstairs. I started attending this event back in 2000 when Greg was part of the Allen Spiegel Fine Arts booth and Comic Con hadn't quite moved to the dark side yet. It was a grand gathering and celebration of artistic talent that drew collectors from around the world. Inch by inch, as the film industry took over and the fan base changed, most of the artists began to leave. The event pales in comparison to what it was but still has some bright spots here and there. 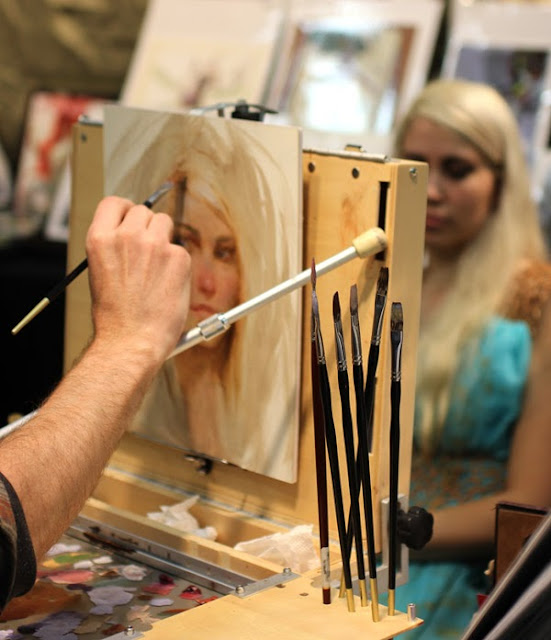 Every so often you can see bits and pieces of the past, like this shot of Craig Elliot painting Alessandra Maria dressed as the Khaleesi from Game of Thrones. 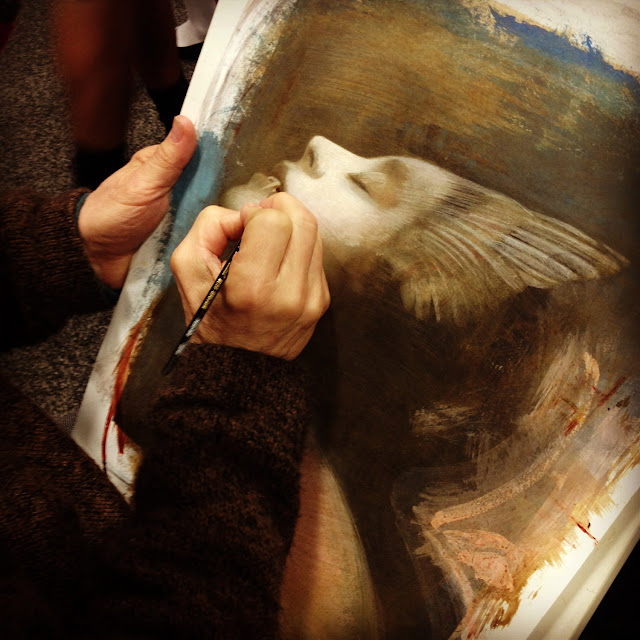 Greg's space in Artist Alley was small, but he did manage to find room to paint. This is the image he created for Impromptu re-interpreted as "The Elegant Vampire", part of a Progressions series he will be launching in August.

There are several levels to the event, a bit like the chakras, albeit the majority of the happening hovers around the base of the kundalini. For those of us who are sensitive to highly frenetic activity the San Diego Comic Con can get a bit intense. I suggest having a clear purpose and grounding oneself with roots, I wore Figure 1: Noir and Chiaroscuro daily, with regular anointing throughout the day. I also stepped out of the space to breath fresh air and get some sun on my face.

Since the bigger presentations for upcoming films in the Ballroom and Hall H have become a scene, I opt for the smaller panels with artists and writers. On Thursday I choose to attend the Dave McKean talk about his upcoming projects. It was a tantalizing display of visuals illustrating that one man is capable of multiple skill sets and a huge berth of work. Read more about the presentation here at the BleedingCool blog.

At the end of the day Greg presented an Artist as Brand panel discussion with a few art makers who feels embodies the Artist as brand within the Comic Con event, these luminaries included Stephan Martinière, Donato Giancola, Alfred Paredes and Daniel & Dawna Davis. 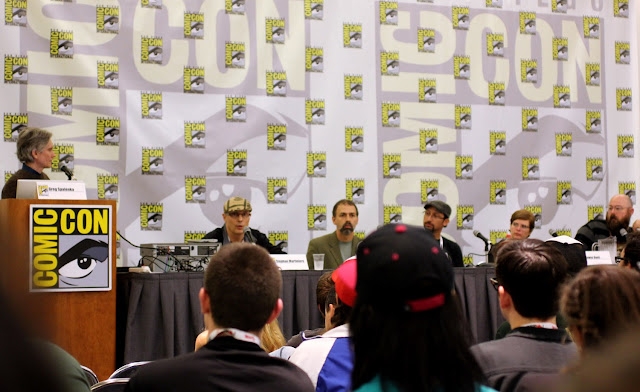 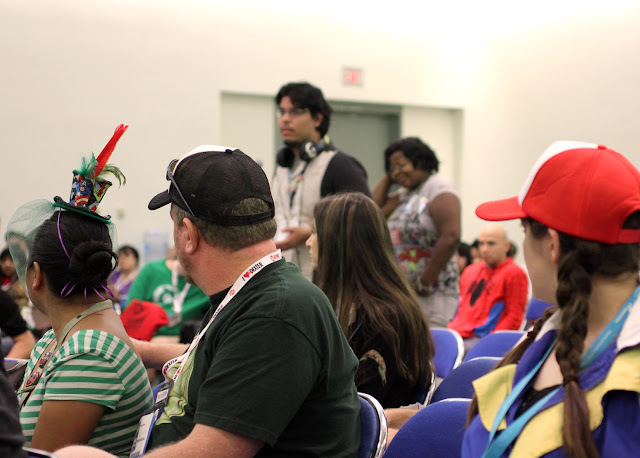 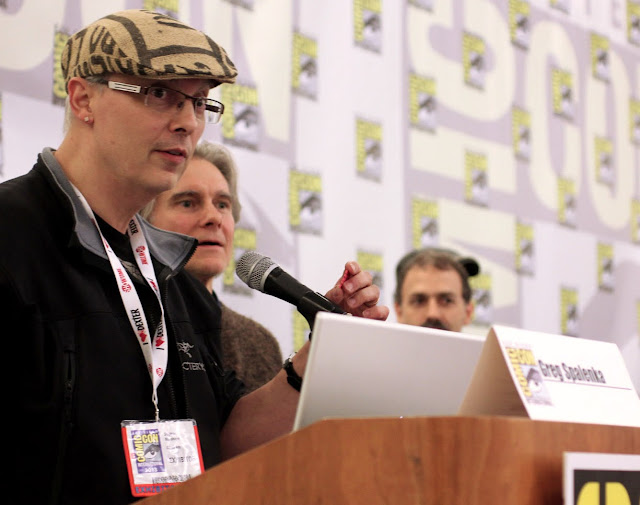 The room for the presentation with packed with a very attentive audience, proving the people are seeking this type of information that is not currently being taught at art schools. At the end of the discussion Greg answered questions and did a giveaway for two Artist as brand worksbooks and a free consultation. 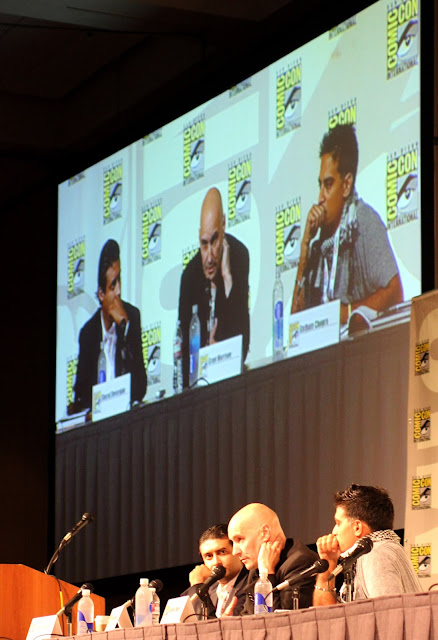 On Friday I went back upstairs for a presentation by Grant Morrison about his “18 Days” Saga ss Motion Comics Serial with Gotham Chopra and Sharad Devarajan. I'm a big fan of Grant and his story telling and ideas. I'm not too sure if his talent has been optimized for this new project, persoanlly I would have liked to see stronger, more innovative visuals. There is a really good overview of the presentation with YouTube video links here at Bleeding Cool. Morrison pointed out that our current depiction of the modern super-hero is overwhelmingly dark and immoral, he believes we need a better model for the world to come. He spoke of how the first stories were about God, then demi-gods, then super heros and have slowly de-evolved into stories from the lower depths, like zombies – it is now time to rise upward again. (Yes please.) 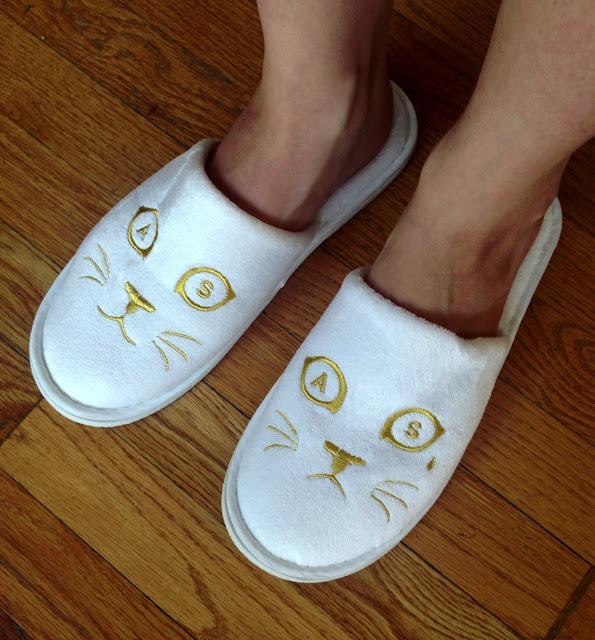 This year the Adult Swim booth was a Spa offering 7 minute chair massages which they called "Touching." Don't ask me why, all I know is that I received an AWESOME chair massage and a cute pair of kitty slippers as I departed. Just when I thought most of the attendees were shallow I find myself waiting in line for a massage with an asian dude from Houston and having some deep conversations about mythology, Joseph Cambell and Grant Morrisons view of the super hero.

Saturday afternoon there was a panel titled "Vertigo: The Sandman 25th Anniversary and Beyond!" with Neil Gaiman, Dave McKean and other collaborators on the series. Given the popularity of Neil I assumed this would be a difficult panel to get into, thus I sought out Claire McKean who had me walk in through the backstage with her and the other presenters.

For those, like me, who are not well informed of the history of Sandman the discussion with fascinating. I relished hearing the details of how Dave and Neil met at a Society of Illustrators meet up in England before either of them was well known. I also am extremely found of the way Neil communicates and spins stories. Folks from the UK seem to have a much higher quotient of the Bard gene than other cultures. Read a much more detailed description of the presentation at the The Beat. 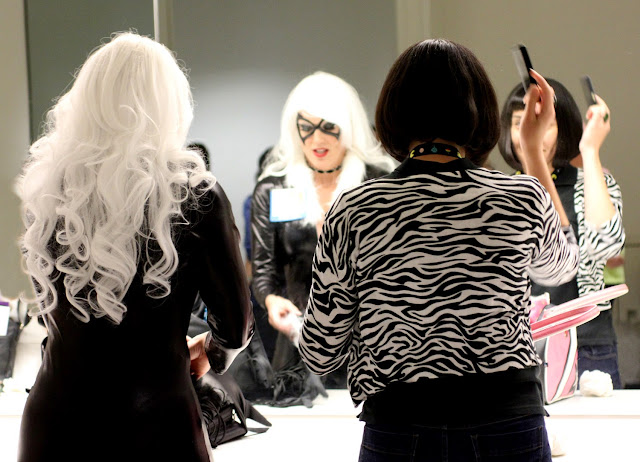 The cosplay (costume play) at Comic Con is one of the highlights. This was where I had the most fun, hunting for the most interesting outfits and photo opportunities. 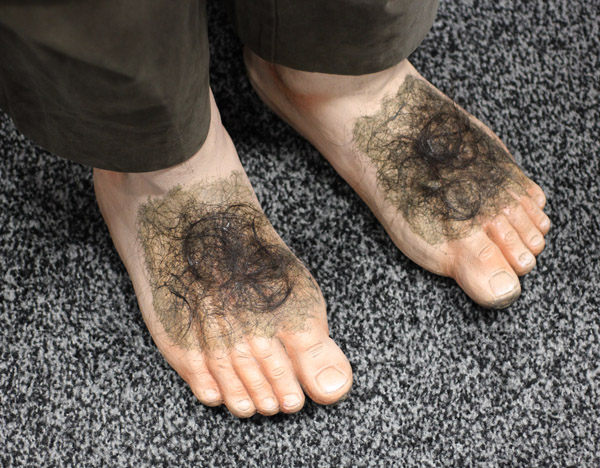 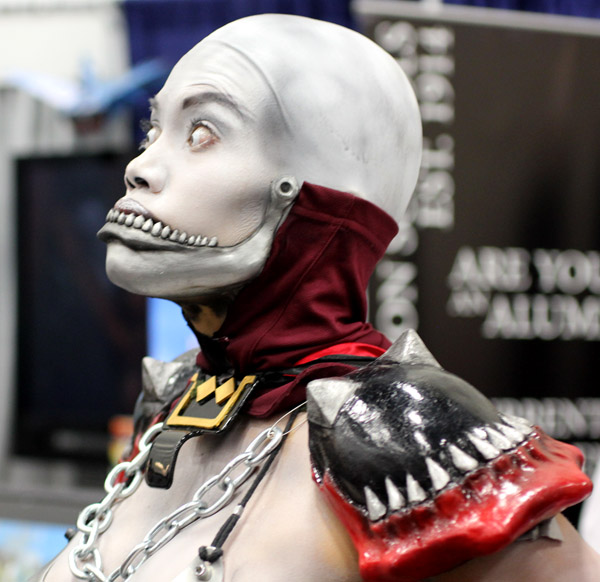 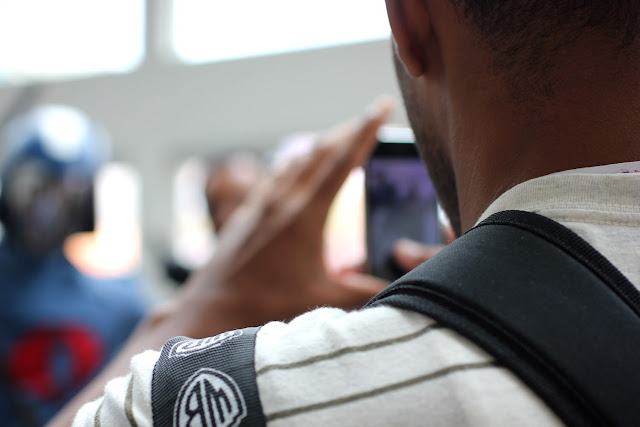 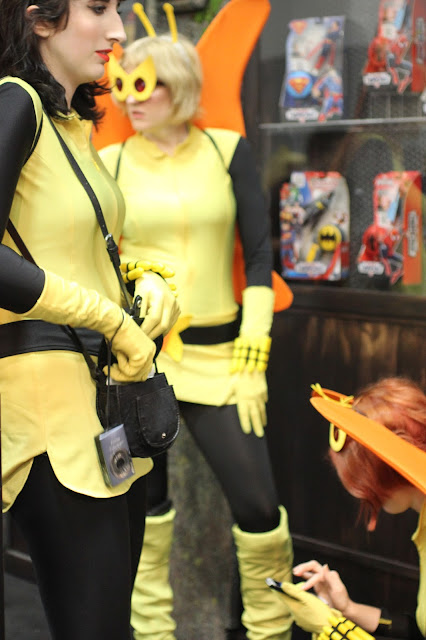 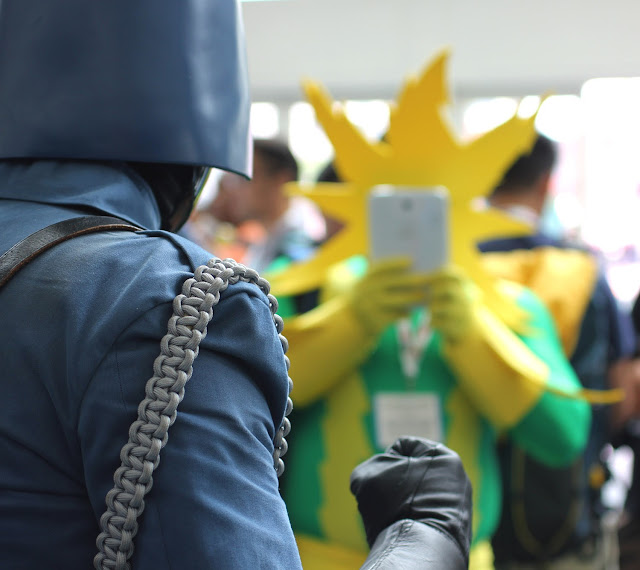 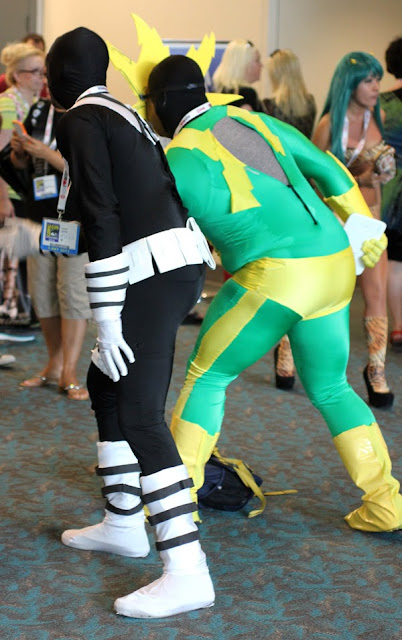 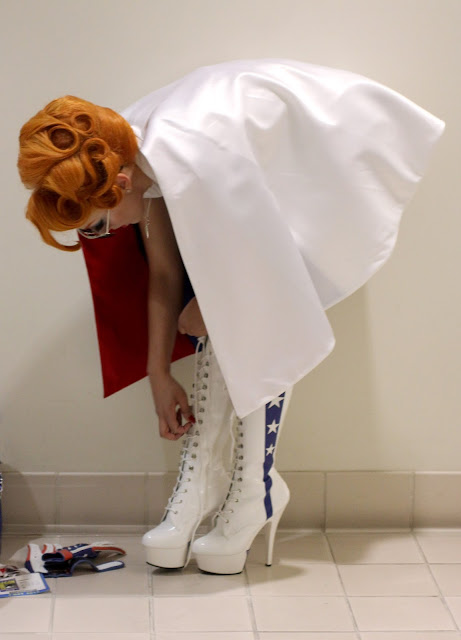 Here is a very well done, short video highlighting the costumes at this years gathering.


My favorite part of this wacky, frenetic, crazy spectacle, and the primary reason I attended was seeing friends, some which I only get to see a few times a year. Olivia Lopez, the significant other of artist Jason Felix who shared a booth this year with our buddy Stephan Martinière. Pictured below is Olivia with the Figure 1: Noir locket filled with Vespertina, it suits her so well doesn't it. I love how she combined it with other jewelry, she has such great personal style. 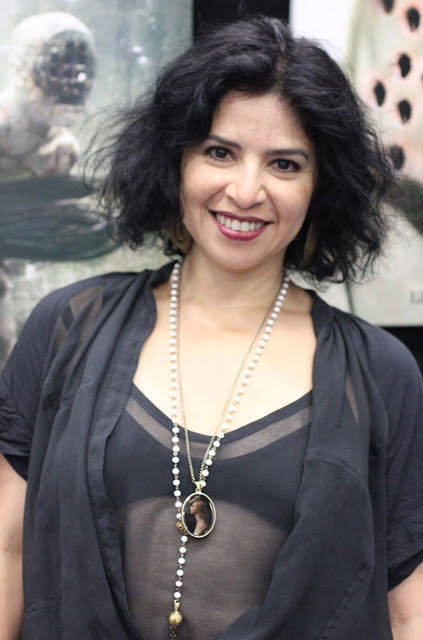 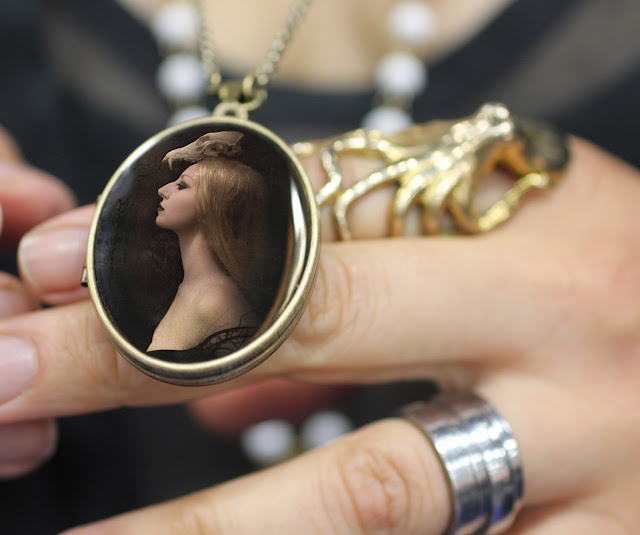 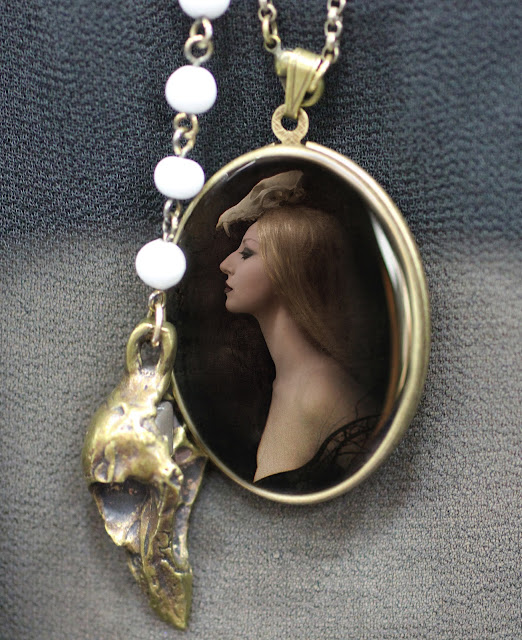 At next years San Diego Comic Con the publisher Titan books will release a retrospective book of Gregs work.
Posted by Illuminated Perfume at 1:42 AM

You make something I thought would be ghastly into a desireable idea Roxana,
Portia x

Hi Portia,
You thought Comic Con would be ghastly, really!? It seems like such a great fit for you. I think you would LOVE the cosplayaspect, it is unbridled creativity and fun, a perfect fit. Plus, lots of beautiful men and fun.
:-)