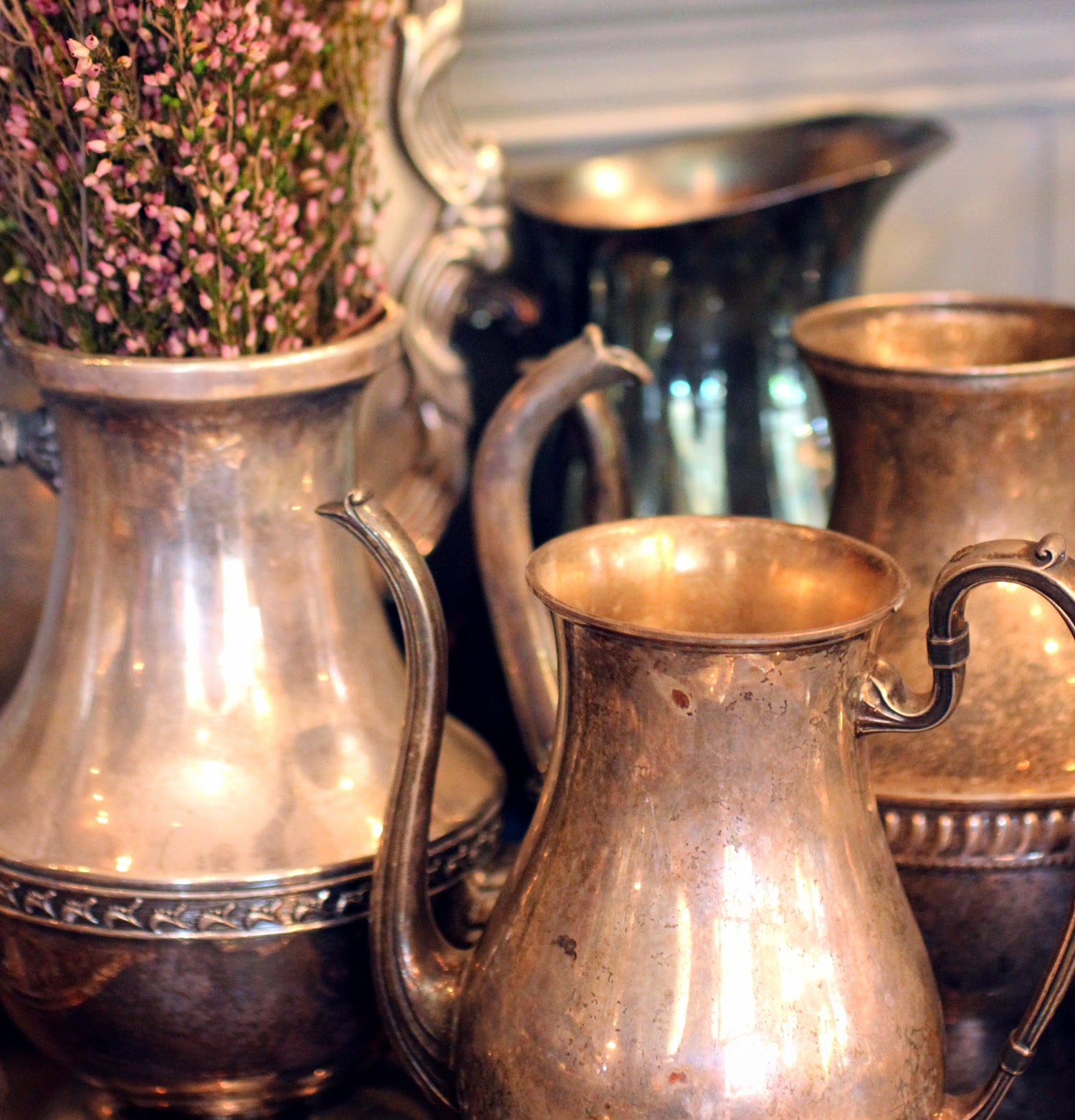 In August I shared with you how Beth Schreibman Gehring had contacted me about collaborating on an Outlander inspired fragrance. Well here we are at summers end, when the veils between the worlds are thin and mutable with the result of our synergistic result. 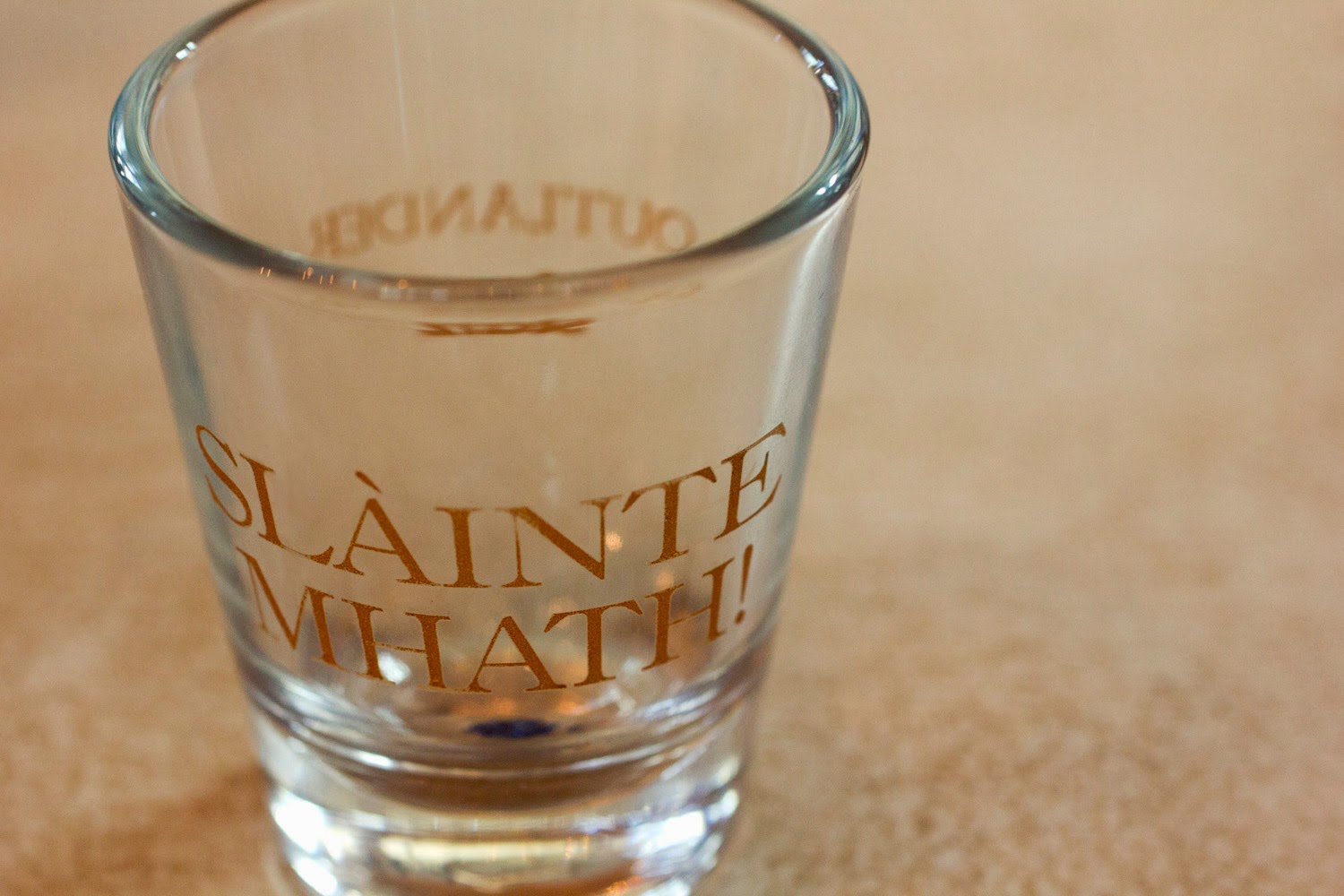 I began our project by listening to book one of the series titled Outlander, while driving down to the San Diego Comic Convention with Greg. Once back from the craziness of popular art culture mayhem I quickly made my way through the book and moved on to Dragonfly in Amber, then Voyager and now Drums of Autumn.

As a lover of a really good, well written yarn with fantastical/sci-fi pagan aspects weaved with some romance I have been in heaven. The other aspect, to my surprise, is that Diana Gabaldon is clearly a lover of scent. Each book is abundant with olfactive references of the country side, food, cities, potions and humans, etc. 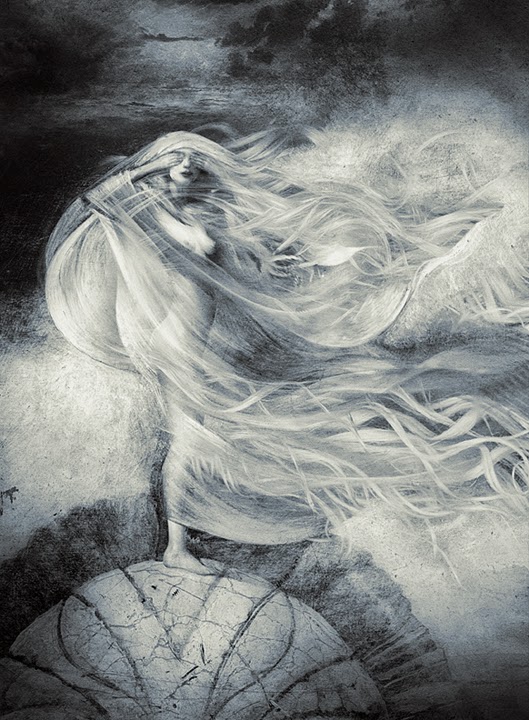 Feeling blinded and a bit overwhelmed with where to go with the construction of the fragrance, besides the reference to the Guerlain classic L'Heure Bleue, I jotted down some notes and called Beth. She broke down the main scent themes of the series, from her perspective, as being: 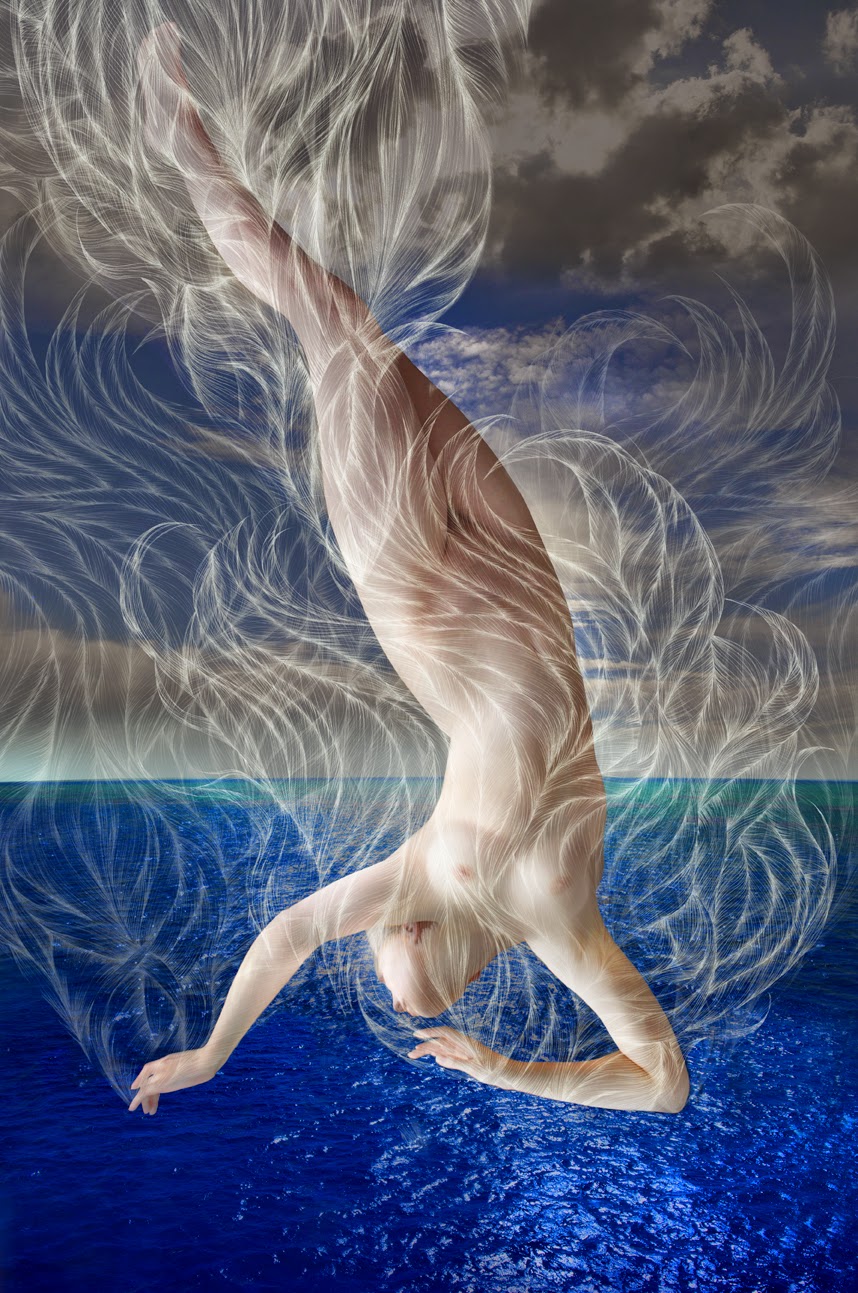 Initially I thought going in the direction of a classical chypre would work well, given that the original L'Heure Bleue had followed that structure with notes of: aniseed, bergamot, rose, carnation, tuberose, violet, neroli, vanilla, tonka bean, iris, benzoin and musk. Based on the main characters love of whiskey I decided to create the fragrance with the notes listed with elements of whiskey and wood.

Thus, I sorted through my plethora of essences pulling out three chords: Chypre base, Wood #1 and Veggie Musk. To compliment this trio I selected a beautiful, extremely rare vintage Mysore sandalwood, oakmoss, oakwood, patchouli, labdanum, orris root, vetiver, an ancient and very indolic Ecuadorean palo santo, copal from Africa, ambrette seed, hay, beeswax, davana and elemi. Besides the trio of chords I also had a floral triangle of jasmine, rose and tuberose with a "New World" set of coffee, tobacco and bourbon vanilla bean. Bergamot was selected for the top note to create the "Chypre" contrast to the oakmoss, patchouli and labdanum. I added cognac for the whiskey element and clary sage to represent Claire.

For the horse component Beth created a tincture which you can read about directly from her. My contribution in terms of notes was the hay and labdanum mentioned above.

After combining all of these I let the marriage sit to see how all the players would interact. As I was constructing the fragrance it went through several phases from complete enchantment to horror. In the meantime I was on a hunt for a gemstone mentioned in one of the books as an "adamant" and black diamond. Jillian from the crystal shop in the atrium where my workspace is didn't have one and didn't think she could get a hold of a small piece for me. We chatted about other possibilities that might convey the same properties. Meanwhile, I contacted another gal who told me the black diamond was a code name for marcasite.

I ran all this by Beth, who formerly worked in the gemstone business. She informed me that in her past she had actually held a very rare and precious unset black diamond that had been in a safety deposit box since the turn of the century. "The 8 carat gem was solid carbon black, with very small inclusions, valued at tens of thousands of dollars. It came from the estate of one of the oldest families here in town, a DAR type family (Daughters of the American Revolution) who's patriarch was a shipping magnate." Since we didn't have one of these beauties, or even a tiny piece, we settled on sapphires and Beth transmitting the energetics of the adamant into the synergy. 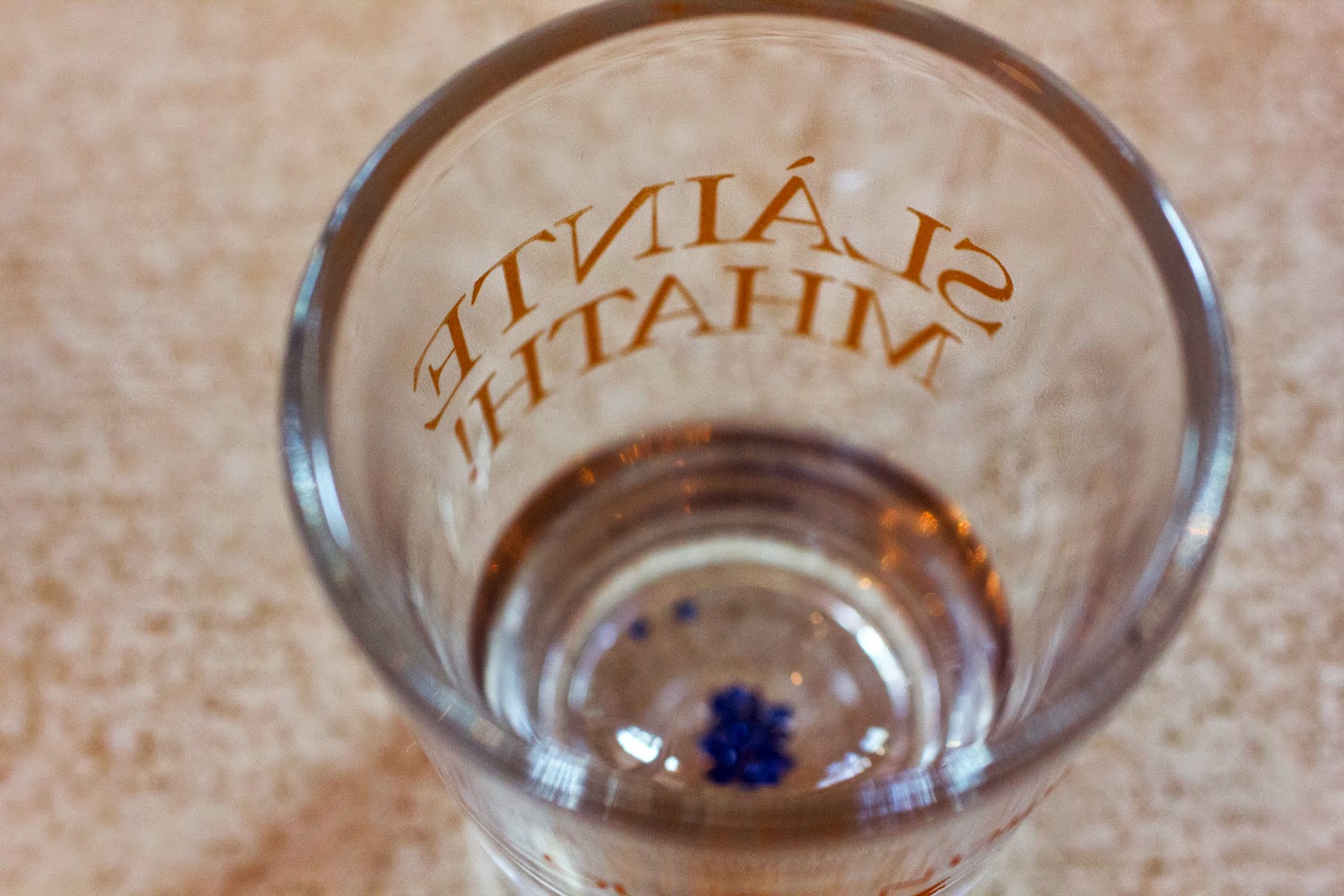 A few days later I received the sparkling blue gemstones and the tincture. The sapphires were dazzling, while the tincture was extremely boozy with an odd iron note. I added half the sapphires to a shot glass with the words "Slainte Mhath!" that was gifted to me at the Outlander booth at Comic Con, the others were saved for the solid edition of the perfume. Next I began weighing and pouring the perfume synergy with some of the tincture and the 190 proof organic, grape alcohol. As I did this I was aware that the scent was not quite what I expected but decided to reserve an opinion until after the fragrance had melded a bit with the tinctures and alcohol. (Slainte Mhath translates as good health.)

After waiting a bit I took a sniff and found the fragrance to be an overly camphorous-resin, thus I went to work on adding essences to neutralize the herbaceous smoke qualities and add more top notes and tuberose. Why tubersose you ask, because traditionally this white floral diva pairs well with camphor.

After more melding the fragrance was still not working and I only had a couple days left! Thus, I choose to do something drastic and start some other synergies that I would then add the resiny/smokey brew too. Ultimately that proved to be a good move, one of the synergies was quite beautiful and worthy of Clair. Meanwhile, Beth was conducting magic via Ohio by infusing the energetics of the black diamond into the potion. 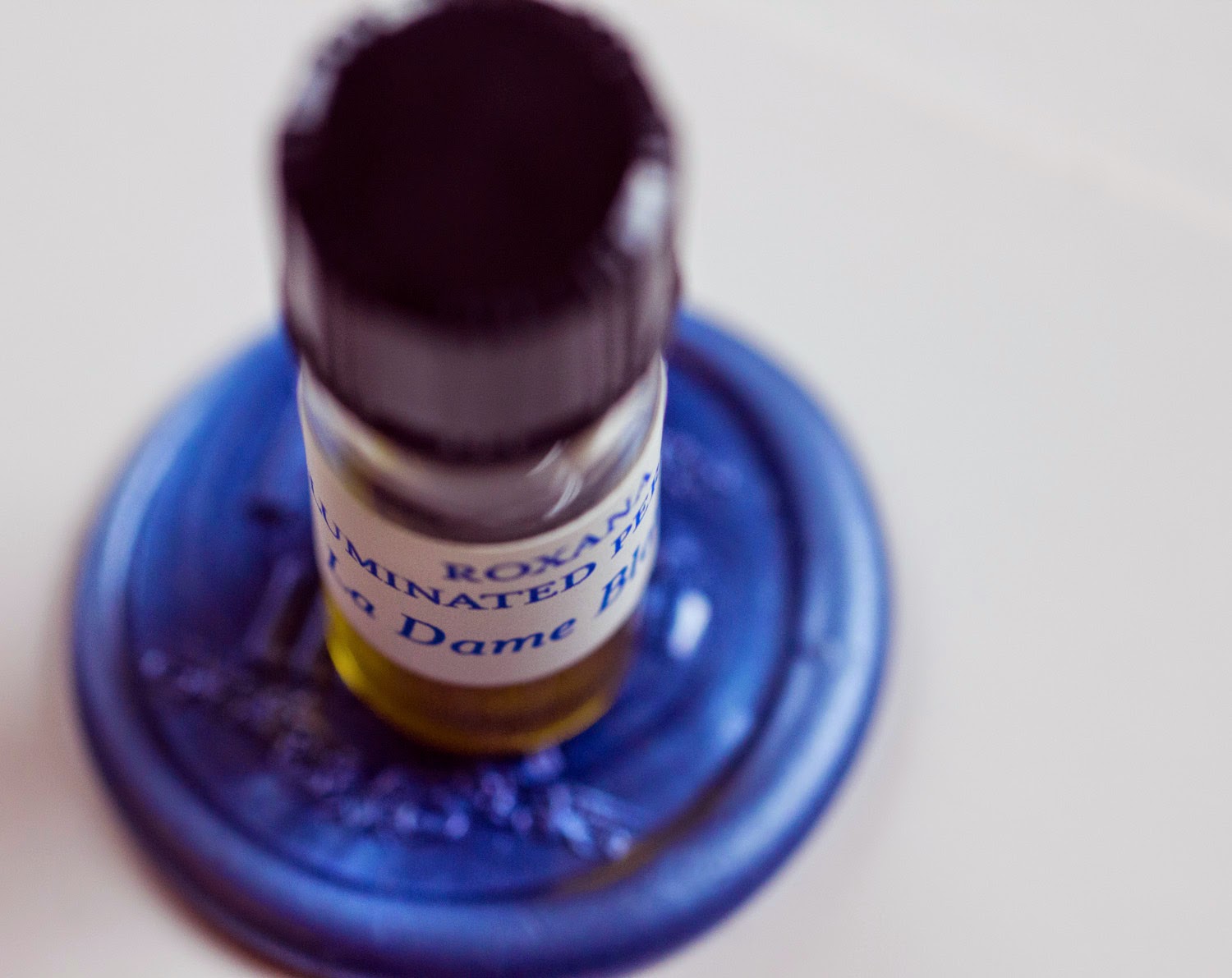 The result is a voluptuous, green floral with notes of violet. Longevity is weak, for my standards, but the fragrance is addicting. I am quite pleased and now have a new favorite. This first edition is quite small, more is in the works as well as a synergy for a solid version. As you can see from the photos, I've already found the blue wax, which synchronistically works perfectly with the associations of L'Heure Bleue, Jamies piercing blue eyes, sapphires and the crossing of water and time.

“It wasn’t yet dawn, and the forest was filled with mist and gray-blue light;
crepuscle, the mysterious half-light that comes at both ends of the day, when
small secret things come out to feed.”
~ Diana Gabaldon, Drums of Autumn 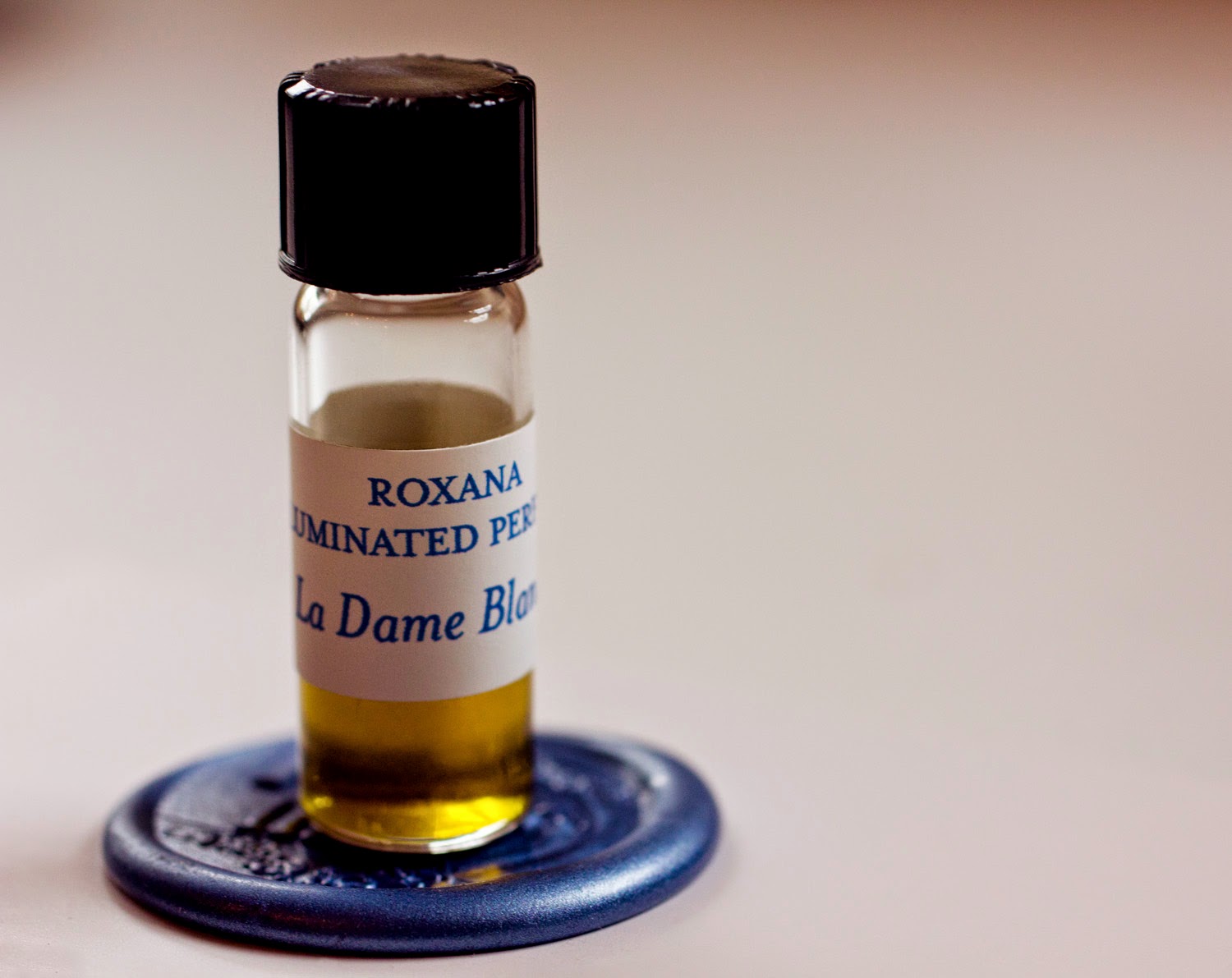 Find samples of La Dame Blanche contained within the trio or six pack set and a 1 gram vial here. The rectangular classic bottle and flacon will be added shortly.

Now that you've taken the time to read all of this please head over to be enchanted by the tale that Beth has spun for you at her Windshere Witch blog, along with your chance to win a sample of La Dame Blanche natural perfume.

Hi Roxana
What a great view into the way you work, the perfume sounds wonderful - odd thing to say about a smell! One day we will invent a smell web, that will be brilliant. I must look into that book series, sounds right up my street.
Happy Samhain to you!
Maggie x

Hi Maggie! The perfume creation process is always an interesting one, seems to shift with each fragrance. I have a feeling your going to love the Outlander books considering your attunement with herbs and nature. Thanks for the good wishes, a very happy new year to you. xoxo