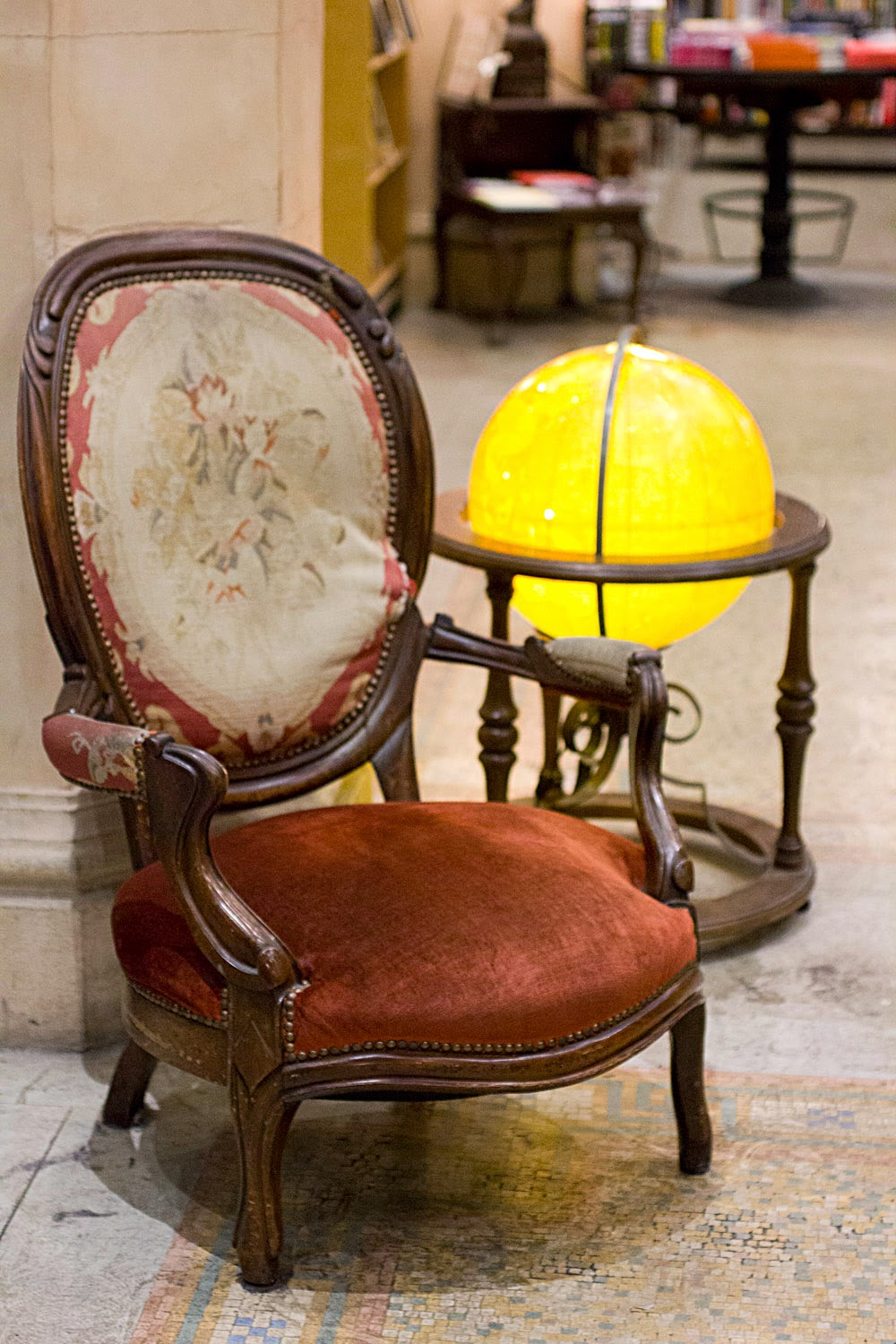 Yesterday my daughter Eve turned twenty two (gulp!), so we headed into downtown Los Angeles for some fun. First we went to Shareen, a vintage women's clothing store where no boys are allowed, on North Spring Street. 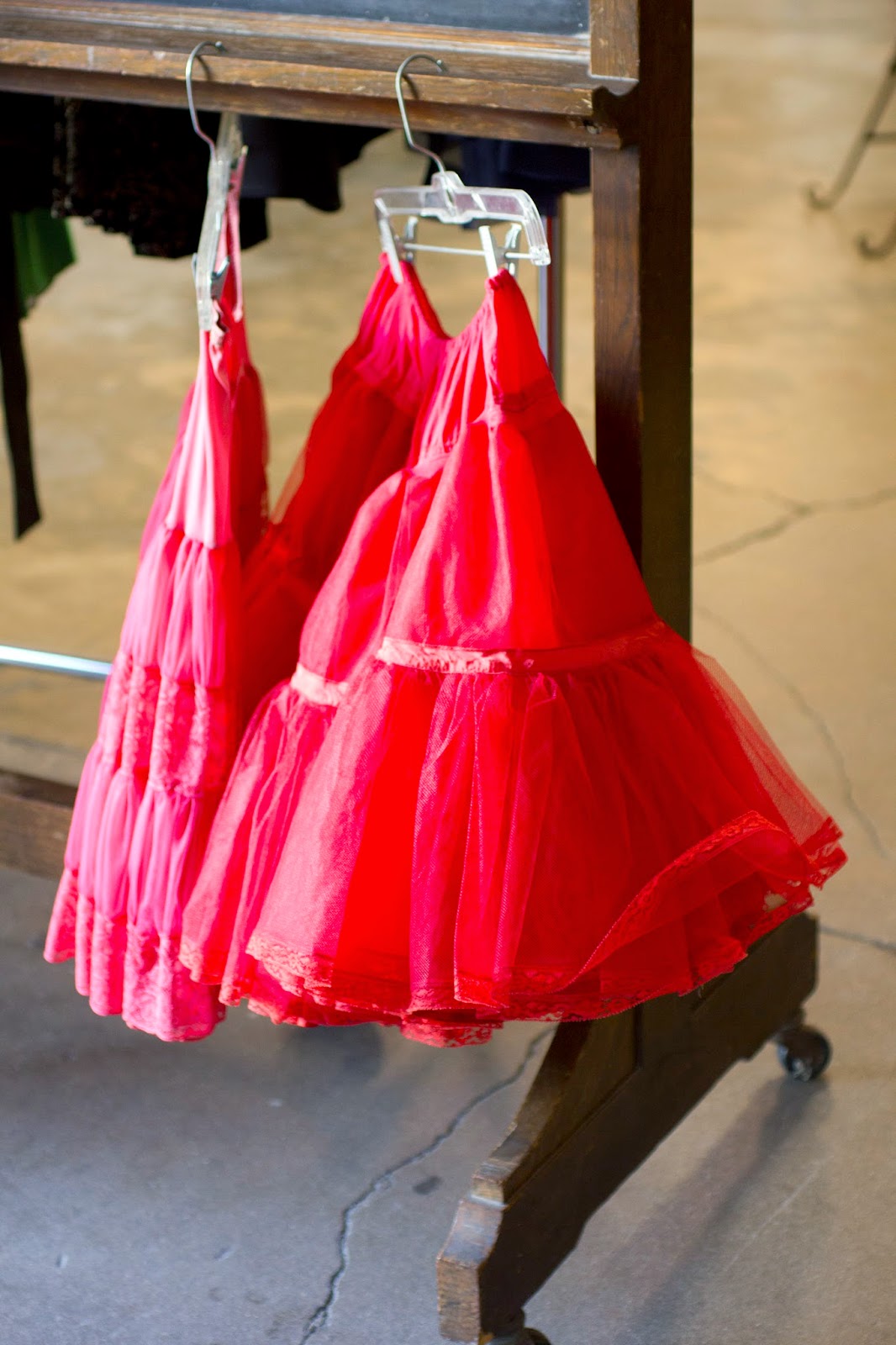 "Shareen Downtown is the creative center of a secret society of women who love to be at the cutting edge of fashion trends. It is a 7,000 sq. ft. “no boys allowed” fashion wonderland. Its sister store in NY is a haven tucked away in a cozy apartment in Chelsea." 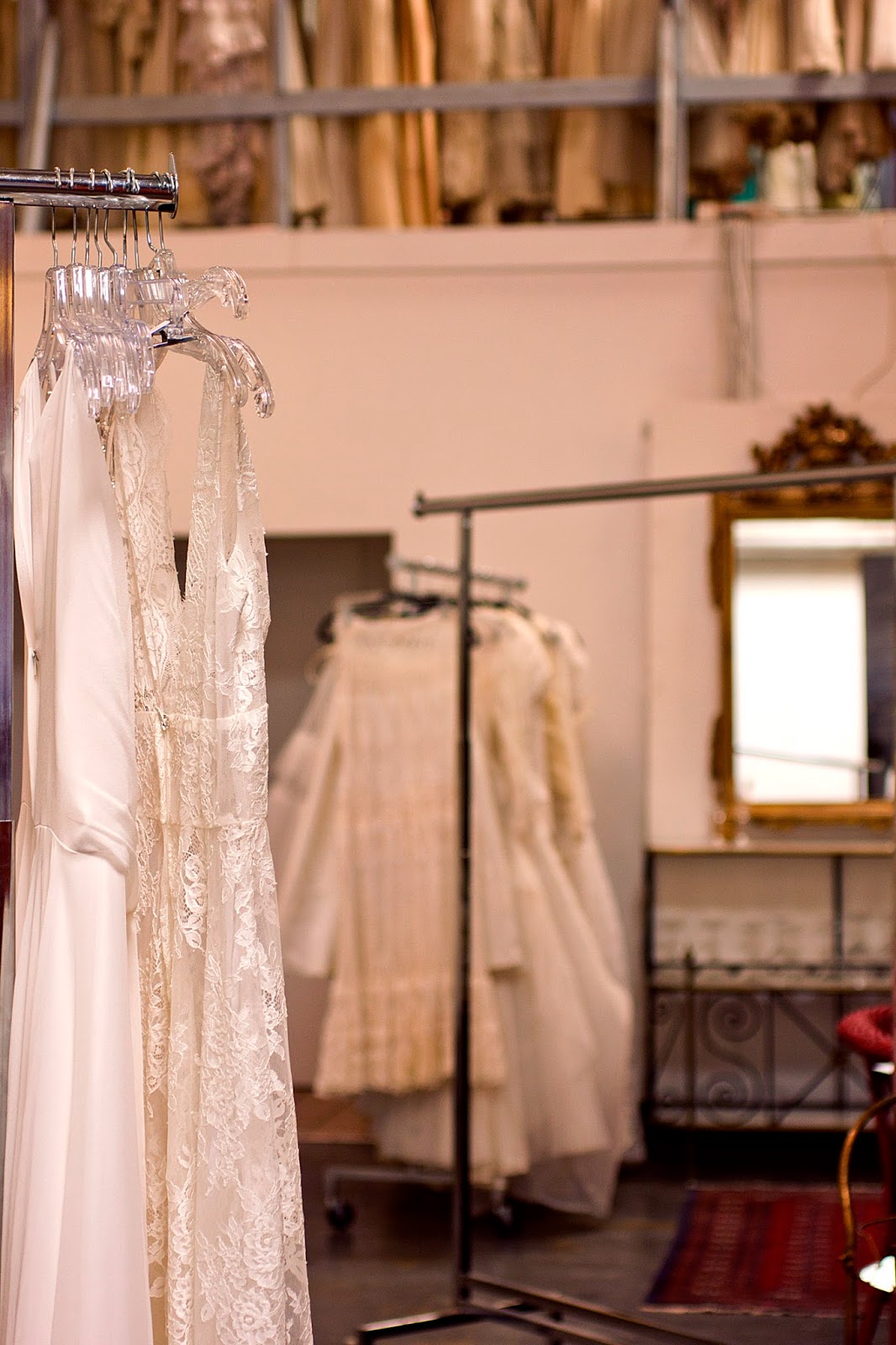 The majority of items offered are bridal with an eclectic mix of 50's - 80's dresses, some of Shareens own designs and a section which is not for sale titled design inspiration. 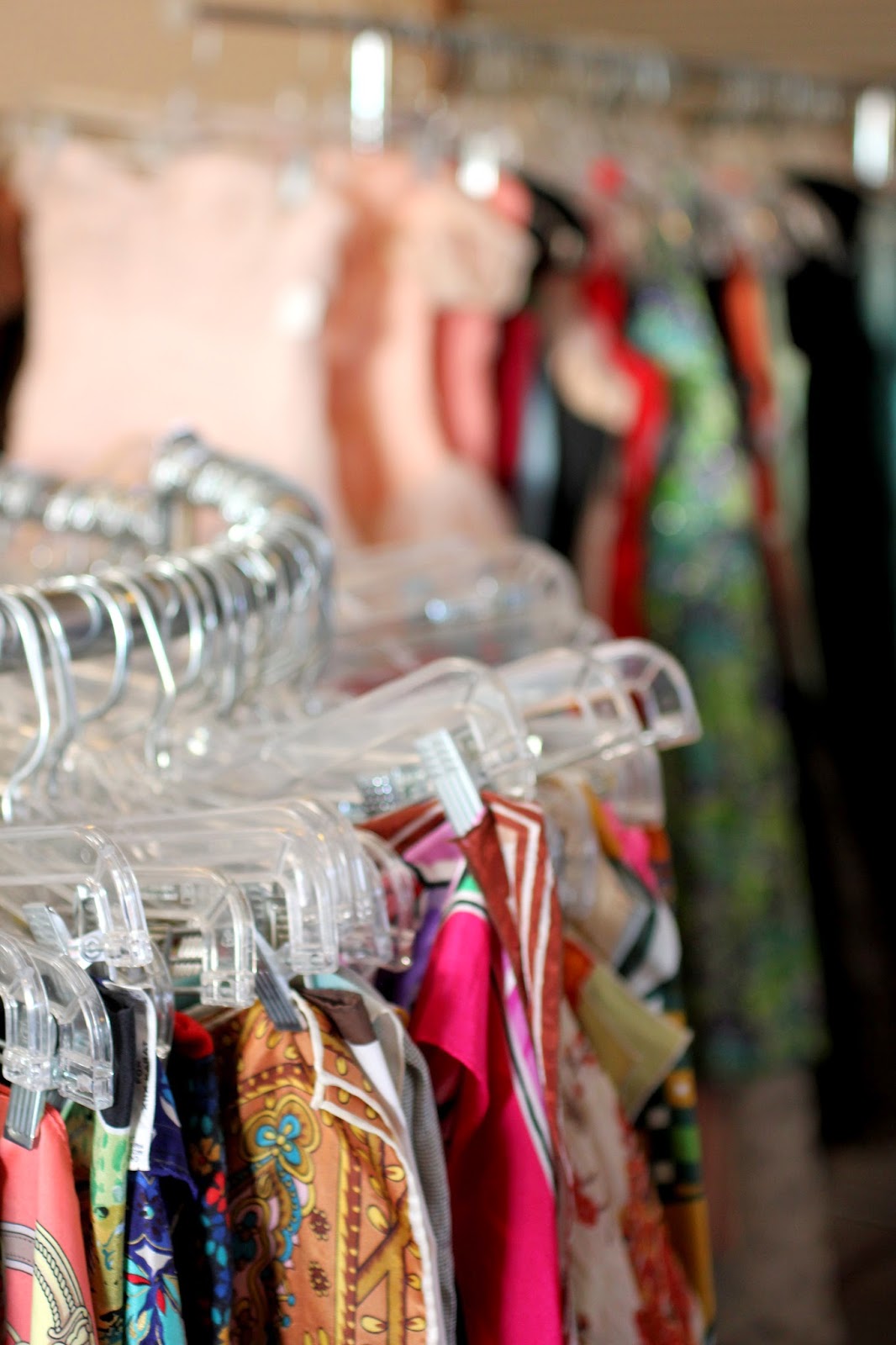 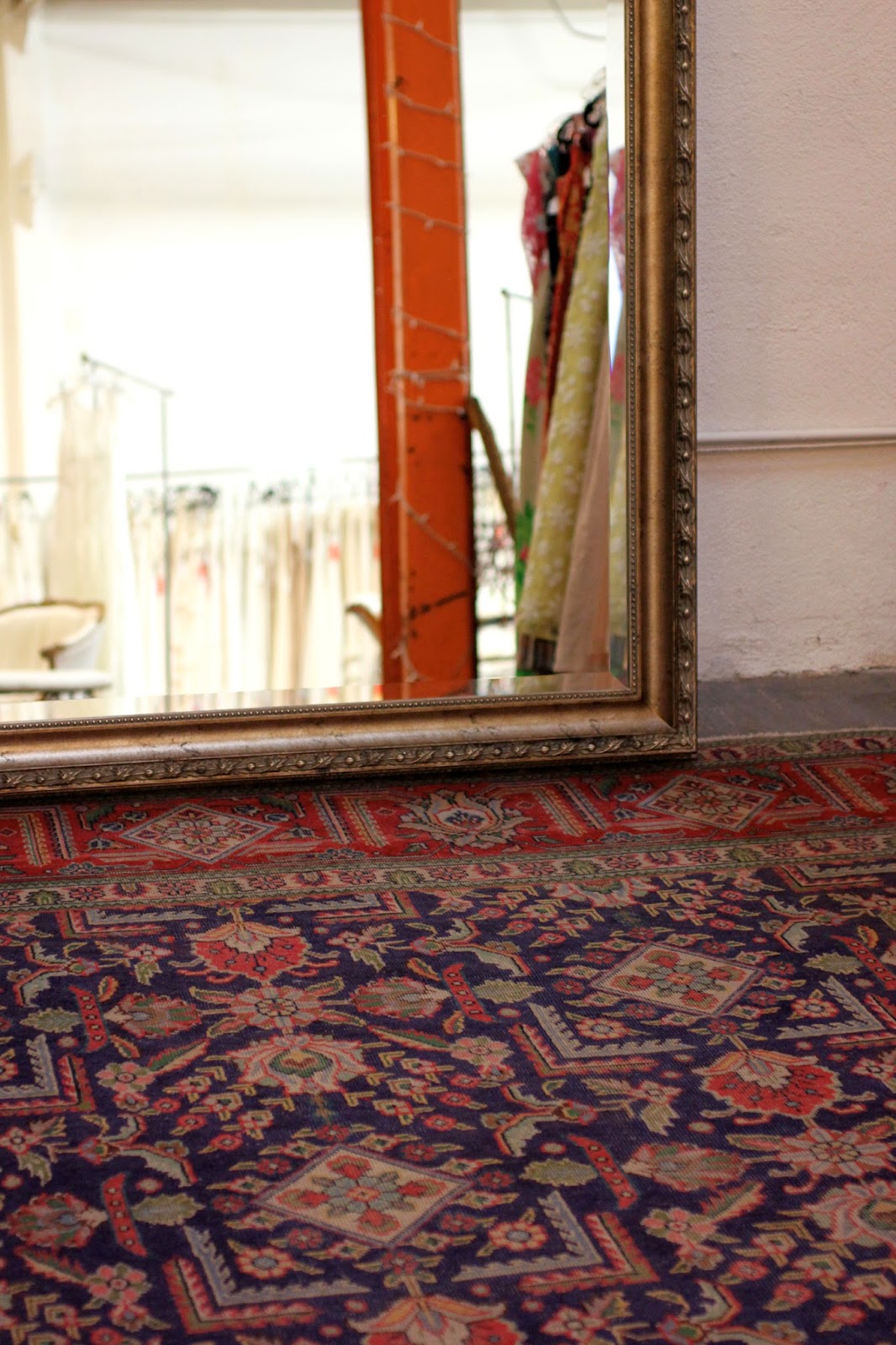 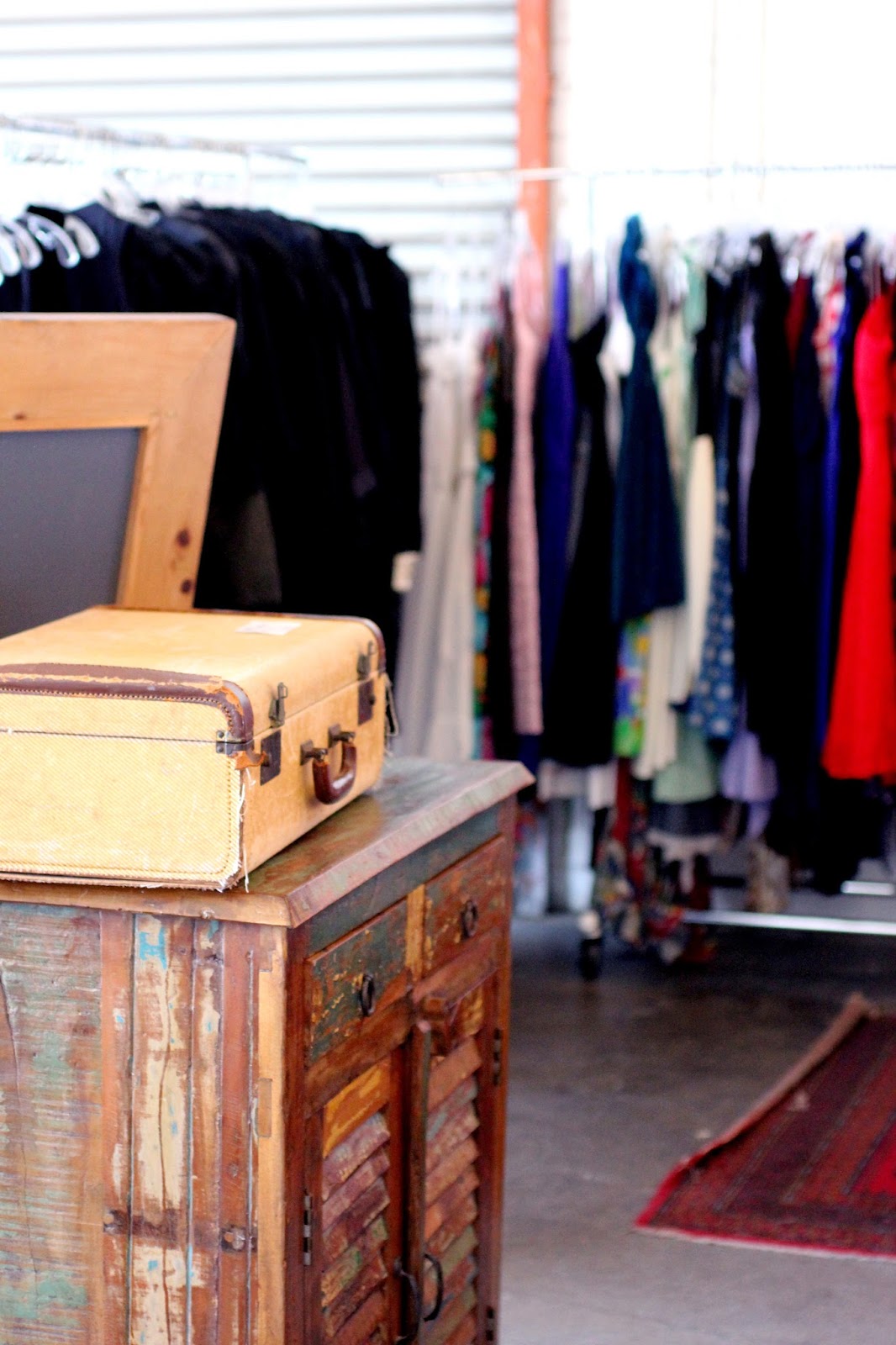 From there our adventure moved onto Chinatown, which doesn't quite compare to the one in San Francisco. How favorite places were the herbal shops, which regrettably didn't want all their cool jars photographed. 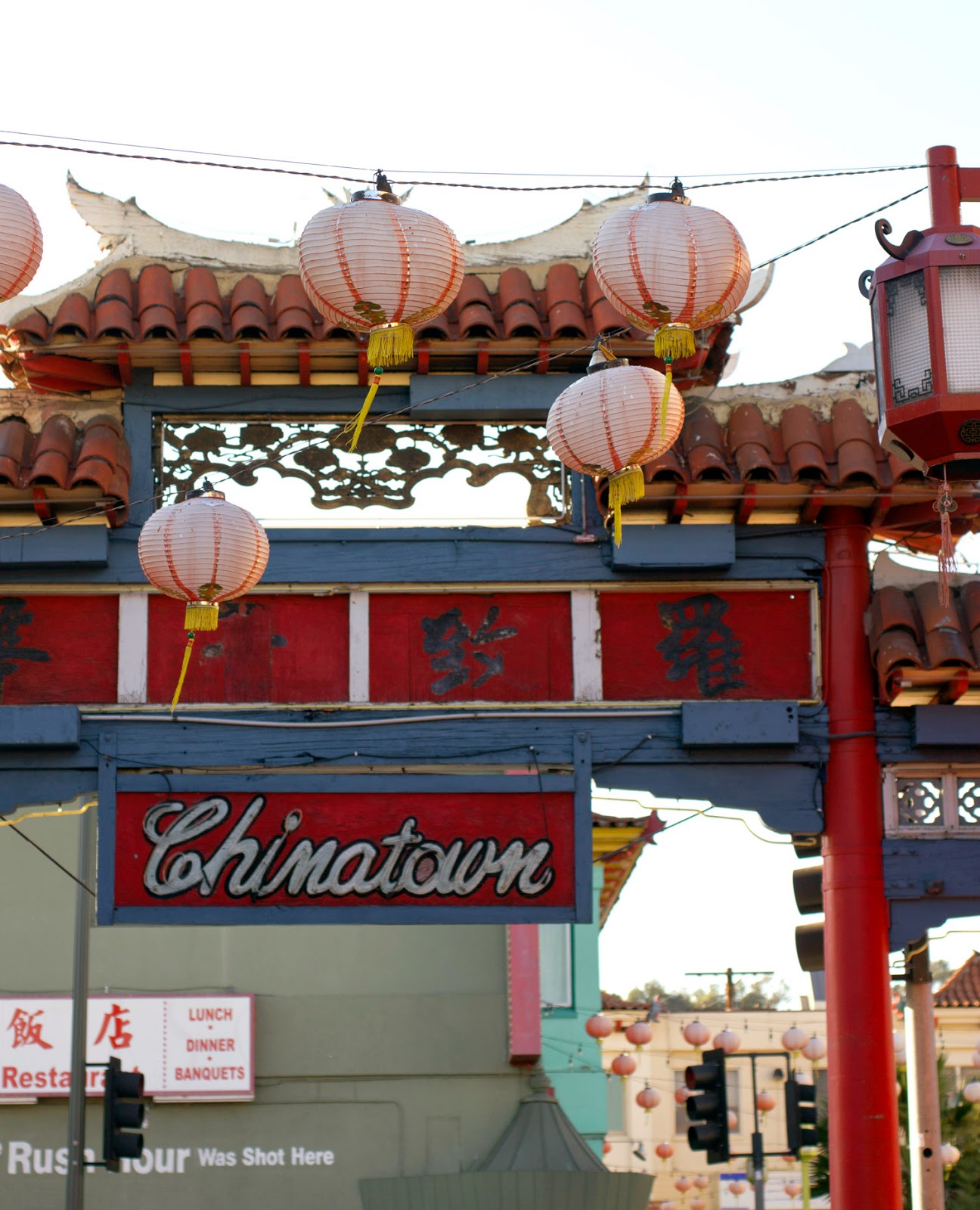 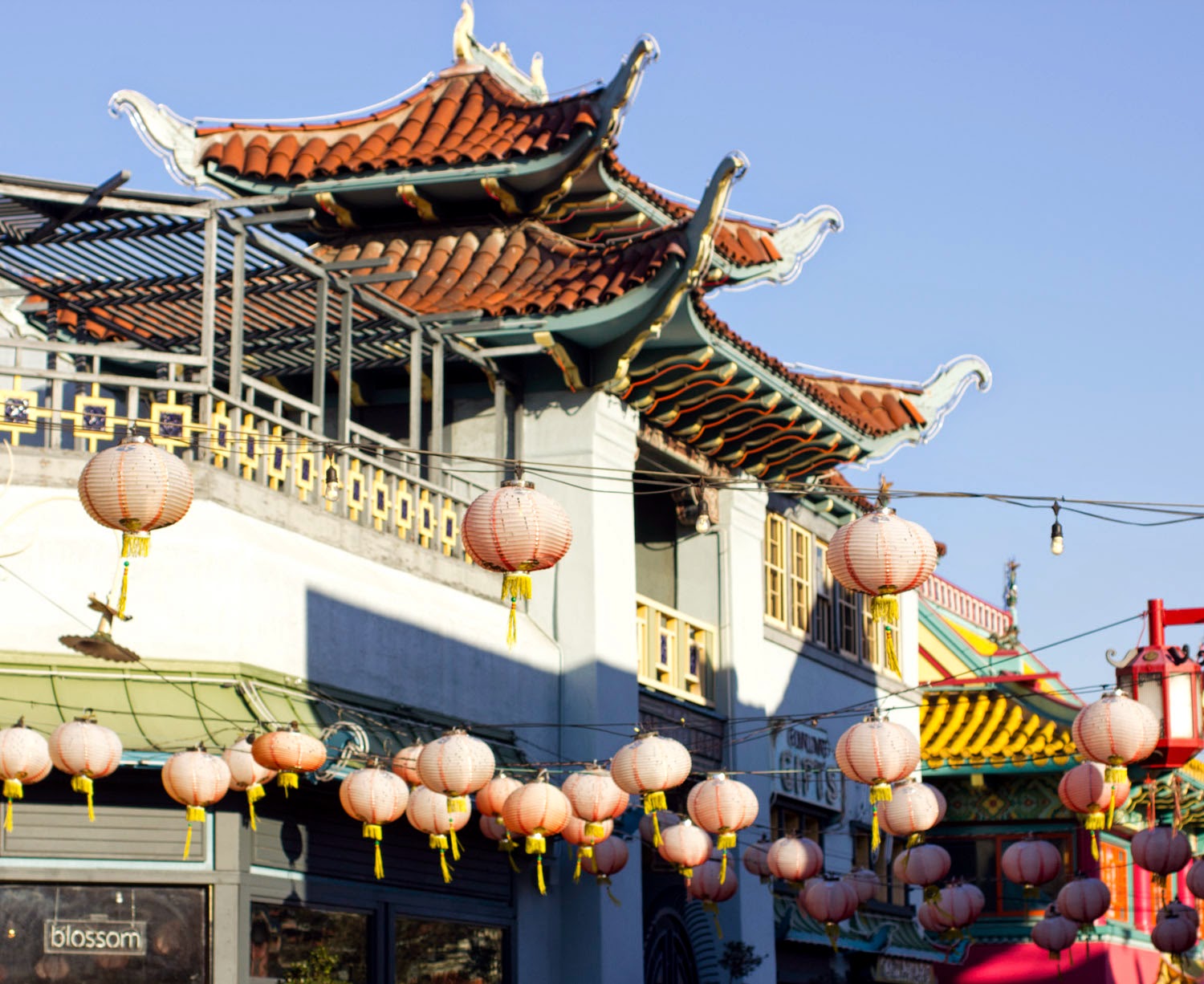 The area felt a bit like an abandoned theme park, perhaps because it was Tuesday afternoon or its just lost its luster over the years. 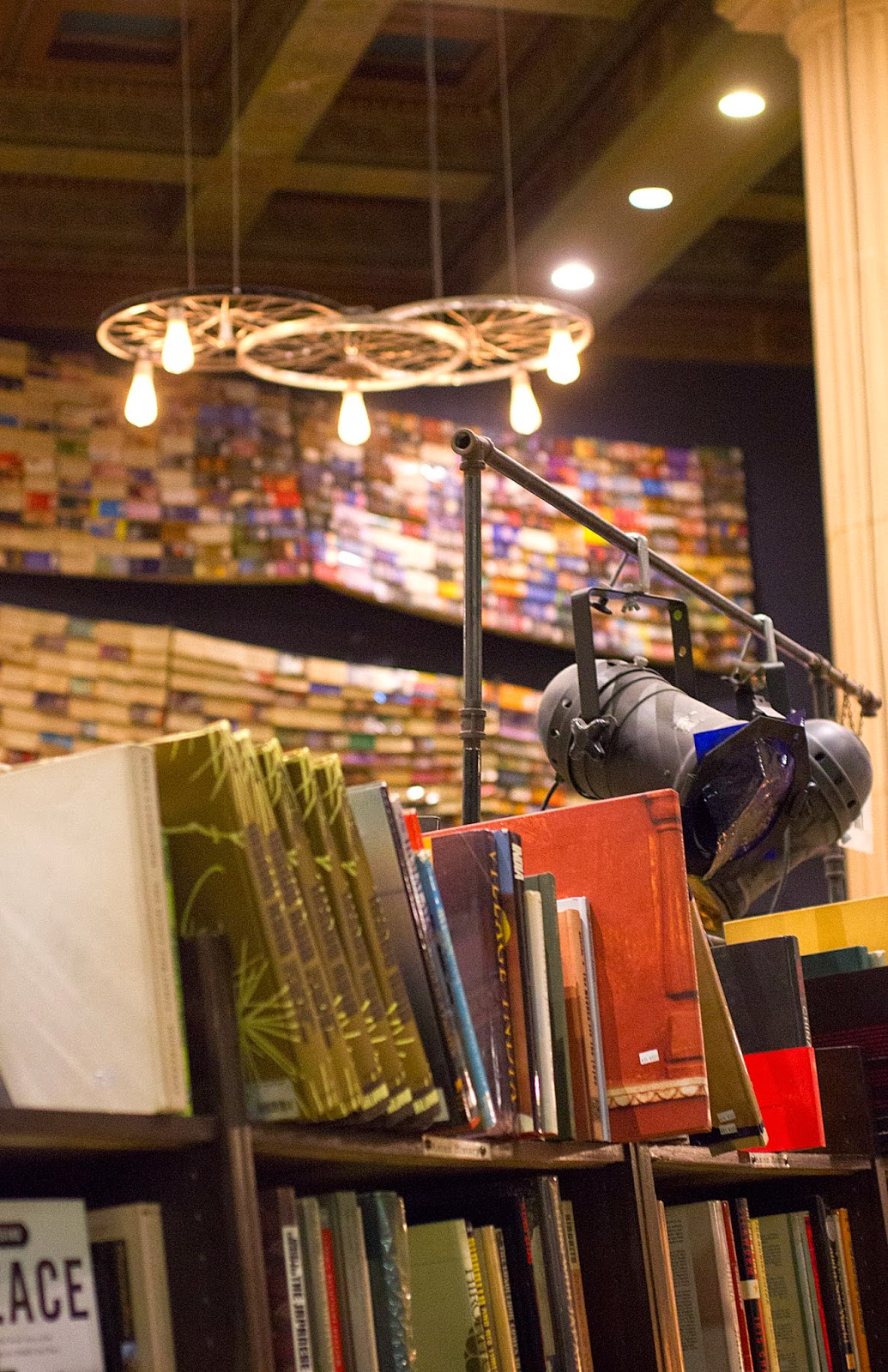 Next stop was The Last Bookstore on South Spring Street in the heart of downtown. This is a treasure, in terms of eye candy, which I was not familiar with. 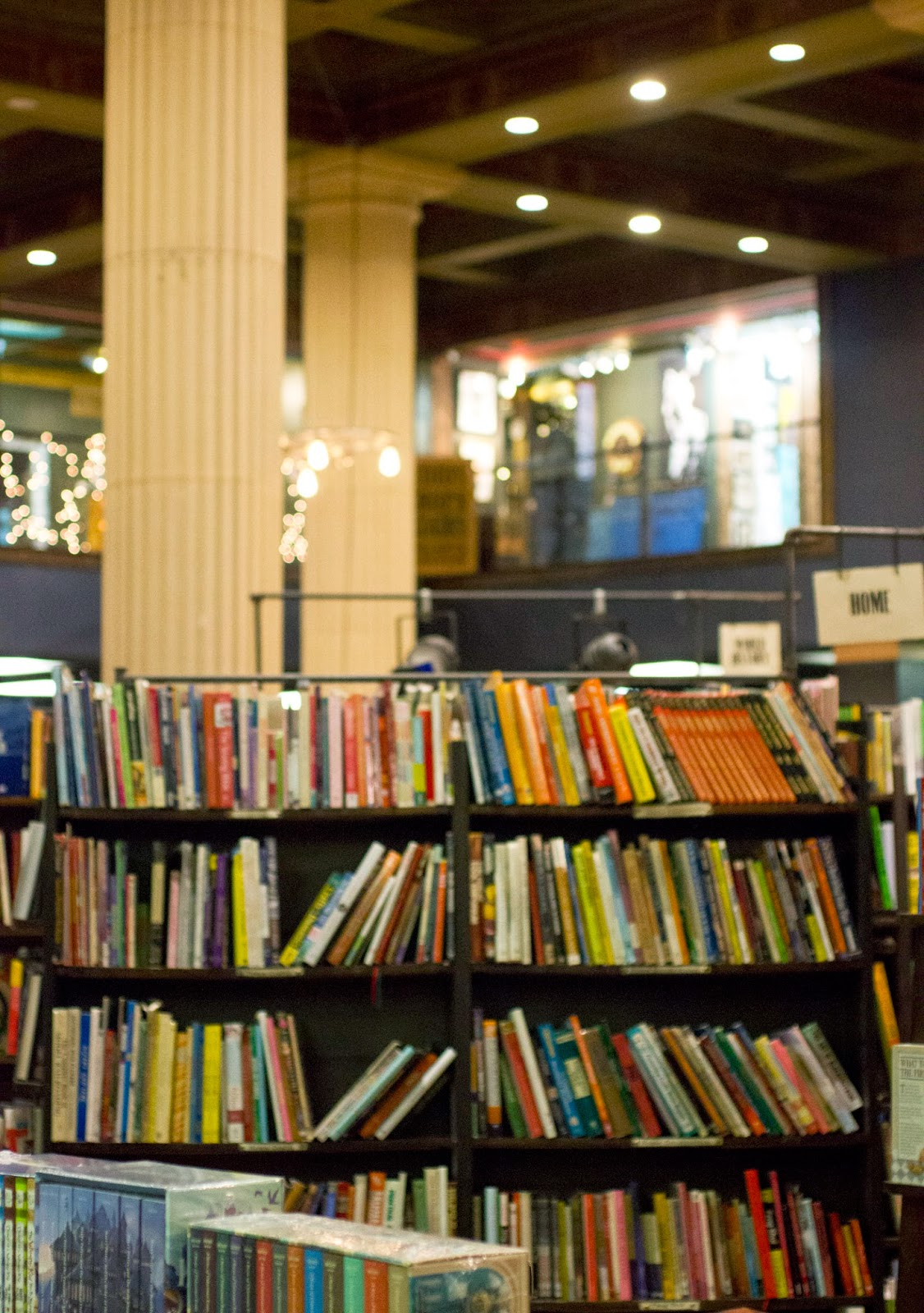 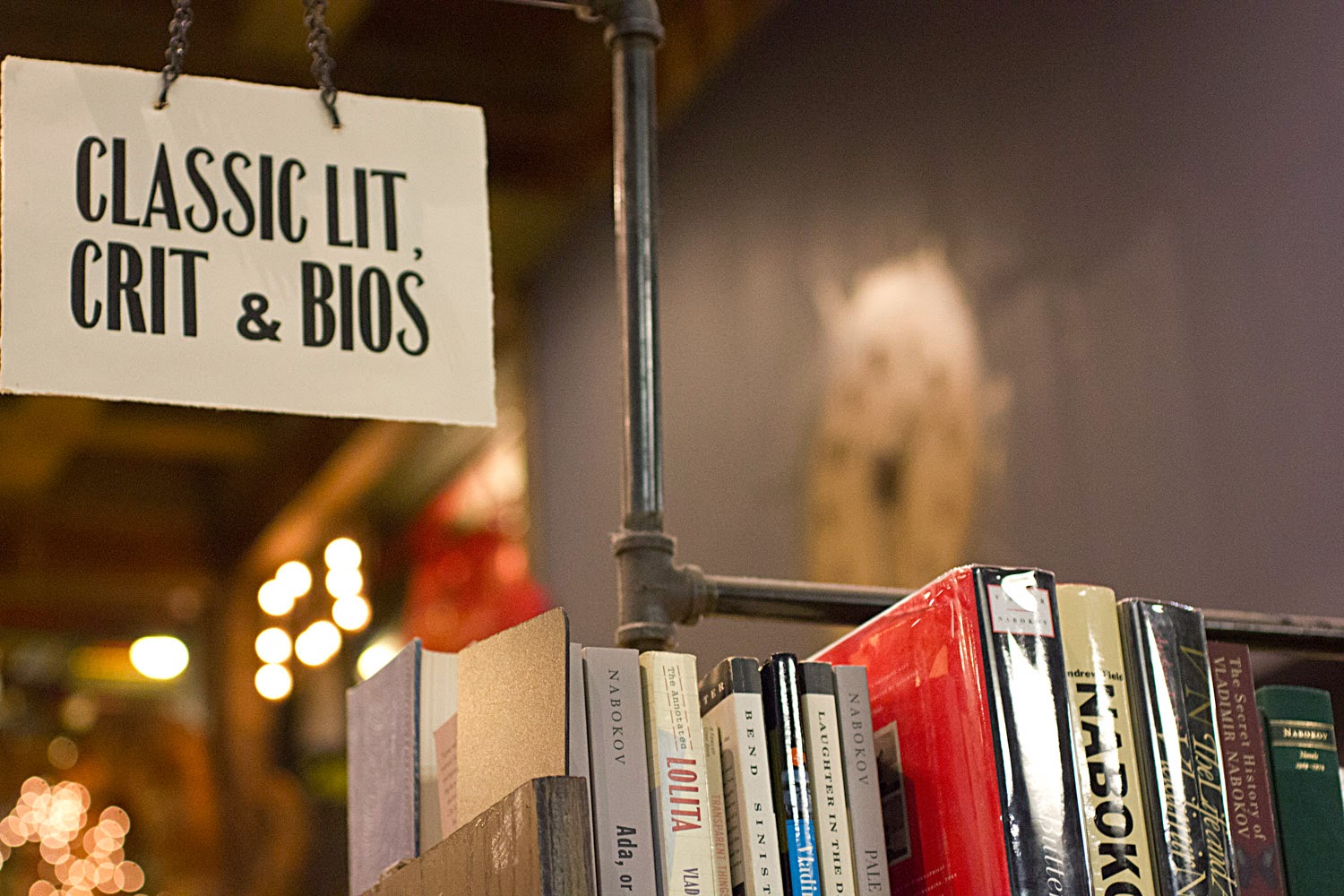 On the huge mezzanine level, visible from the ground floor of the bookstore, the splendor continues with a visual cacophony including the Gather yarn shop, the Labyrinth Above the Last Bookstore and the Spring Arts Collective gallery shops. 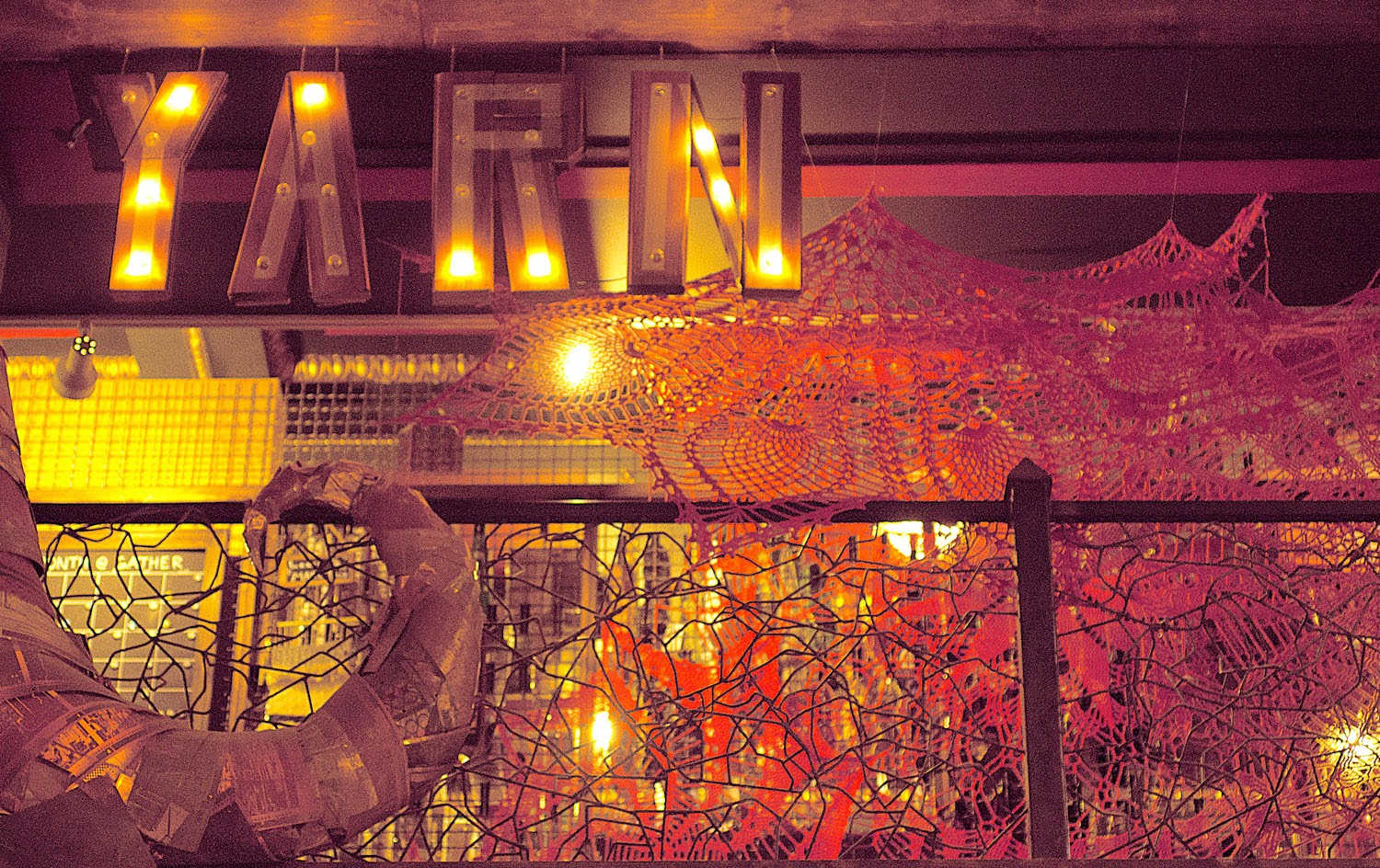 I had spotted the mezzanine level but didn't quite get my interest sparked until I saw word YARN and heard two guys talking about the upstairs. As I ascended the stairs it became clear that up here was where the adventure truly begins! Not only is there the yarn shop Gather, but there little artist studios, displays and as mentioned previously a few labyrinths of books. 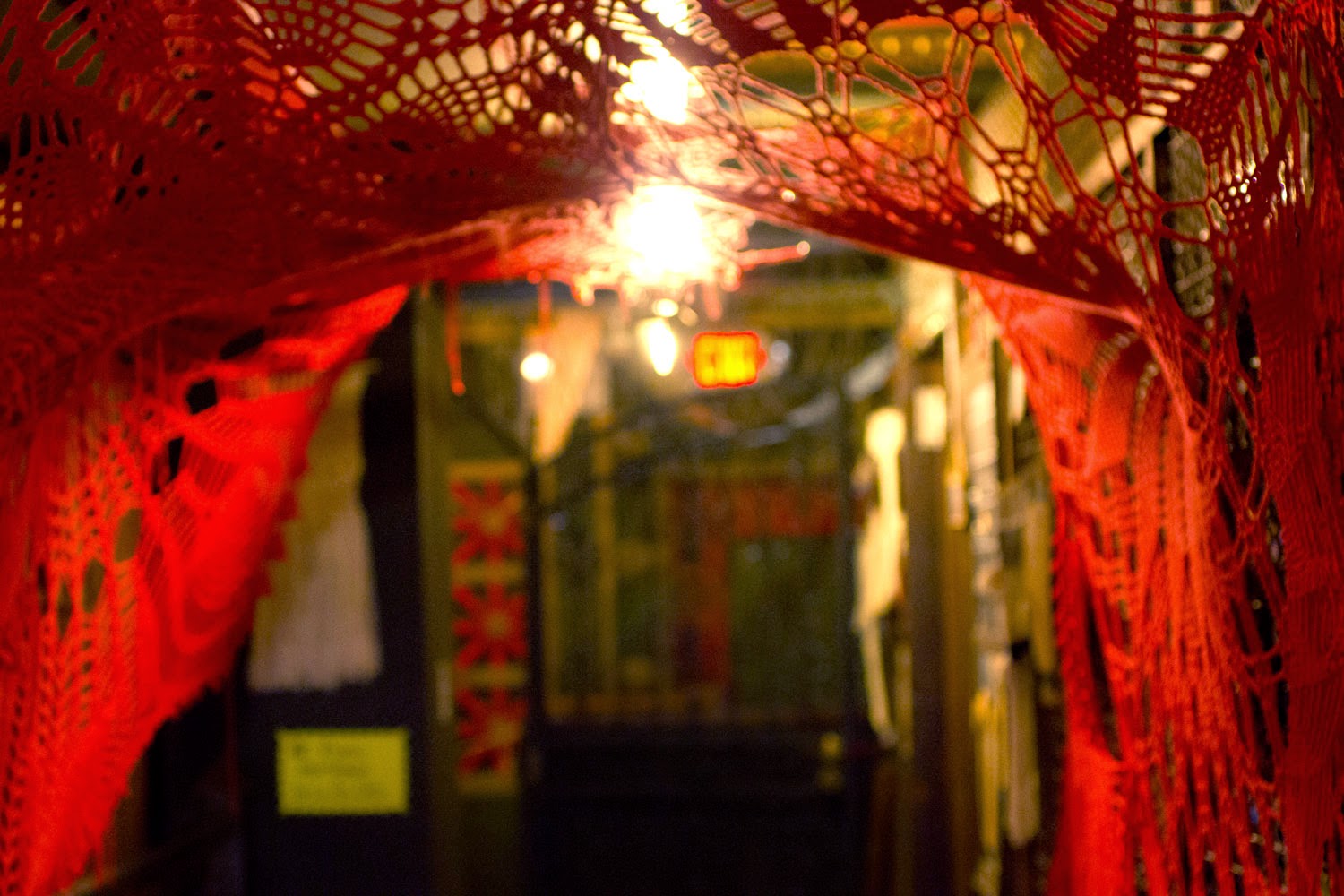 I definitely had the impression of falling down a rabbit hole. The bookstore is auspiciously close to the Bradbury Building, where Blade Runner was filmed, thus the final, climatic scene with the replicants amongst antiquated imagery was vivid in my mind as I wondered about.

As we walked back to the car, just as it had turned dark and all the night creatures of downtown were emerging, we couldn't quite help thinking that the area is ripe for storytellers and character sketches.

Next on our adventure was Little Toyko, where we stopped into the Weller Court to go to the Kinokuniya Bookstore and the Marukai Japanese supermarket for provisions. From there we headed west to Abbot Kinney in Venice for dinner at Gjelina, which was spectacular to say the least!

Posted by Illuminated Perfume at 12:28 AM