Last Sunday morning Greg and I attended a HoneyLove meet up at the Rediscover Center in Venice Beach regarding the Flow Hive. Perhaps you heard about the IndieGogo campaign last year that raised over 12 million dollars for a beehive which miraculously gives you honey by the turn of a knob? I personally received loads of e-mails and facebook messages about this magical device.


What was clear to me and other fellow bee'ks upon seeing the campaign is that there were lots of things that didn't quite make complete sense, particularly in the first video (not the one shown above) and that it was all about honey and very little about bees.. 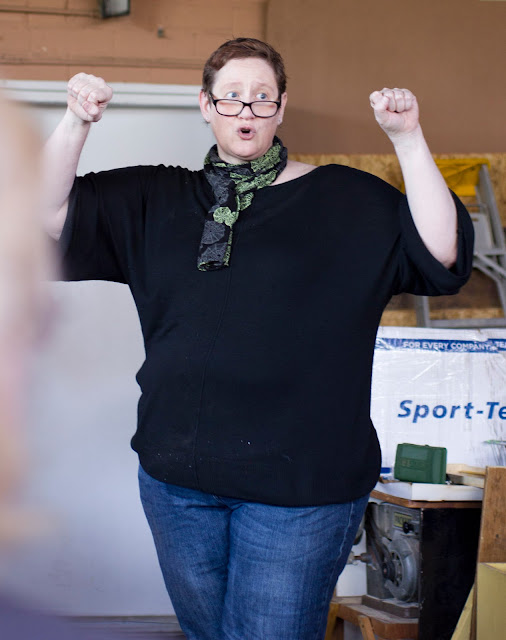 Lots of the concerns I and others were addressed quite succinctly by Faith Landsman (pictured above), a backward beekeeper and medical researcher at UCLA who describes herself as a dilettante. She delivered a fun, very well researched and objective presentation on all aspects of the hive including some of the ethics with the marketing of the campaign.

The lecture began with an introduction by Ceebs, one of the founders of HoneyLove who brought up how the timeline of when humans first started beekeeping has now been pushed back to 9000 years ago by Bee Culture magazine. She then mentioned that the Flow Hive has caused quite a lot of debate in the bee keeping community between those of us who are "bee-centric", the commercial bee keepers and the "newbees" who are fond of the honey on tap without interaction with bees idea.

The other bit of news is that HoneyLove founders Rob and Chelsea, have a new book called Save the Bees. I'll have copies of it at the perfumery shortly, just in time for holiday gift giving. 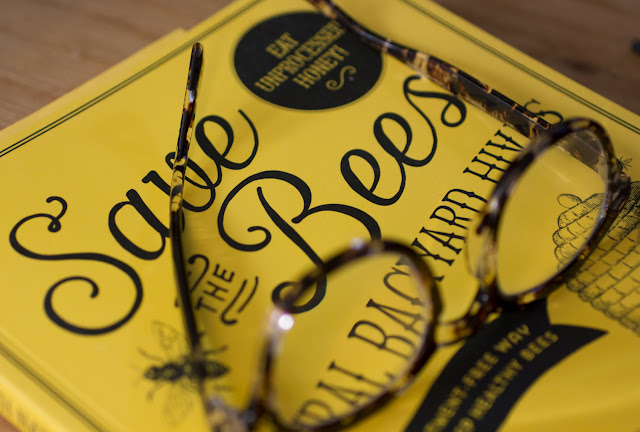 The power point presentation by Faith included commentary occurring on several online forums regarding the Flow Hive. The most disturbing were the folks who assumed that they would place the unit in their yards and bees would just make deposits of honey into the Flow Hive. Many people who saw the early video on IndieGogo made quite a lot of assumptions based on dis-information coupled with lack of knowledge.

Some of the main concerns of the Flow Hive are:
- Plastic sheets in the honey super affecting bees and sanitation.
- Relationship between bee keeper and bees.
- Brood in the honey super.
- Propolis and thick or crystalized honey clogging the mechanics.

The bee-centric community tends to avoid using plastic (propylene) in the hive, not only because its an environmental hazard but because bees don't tend to like it and its yet another human intrusion on the little creatures. 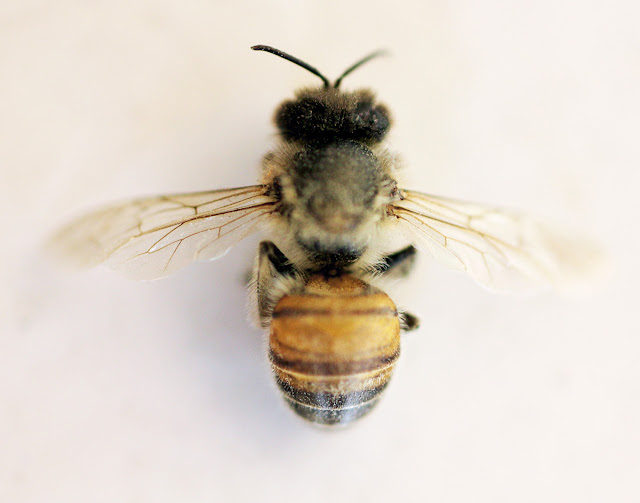 "But for bees, comb is far more than a tupperware container for somebody else's lunch; it is the tissue and frame of the hive and as such it forms multiple functions. Cells have wall thicknesses of just 0.07mm, and are made from over 300 different chemical components. Wax removes toxins from the honey. The resonant frequency (230-270 Hz) of the comb is matched to the bees' vibration sensors and acts as an information highway between bees on opposite sides of the comb. Bees manage the temperature of the cell rims to optimize transmissions of these messages. Wax holds history and memory via chemical signals put into it by the bees. Its smell and condition aid the bee in managing the hive.  It assists in the ripening and conditioning the honey and is the first line of defense against pathogens. Honey bees are able to recognize the smallest differences in wax composition ... but not polypropylene."

If you hunt around the forums you will notice a pretty thick and heated debate about this new gadget. Within the bee-centric community, where you have  large amounts of people who care about the bees as their primary focus, the concern about the product is evident with the verdict still pending. 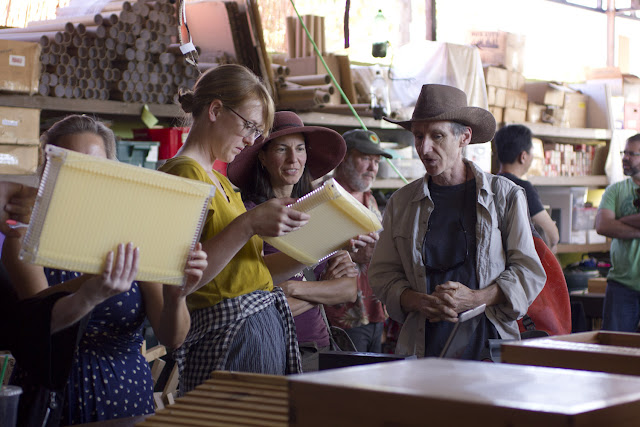 After the lecture attendees had the opportunity to check out all the pieces and mechanics of a flow hive brought in by a community member. 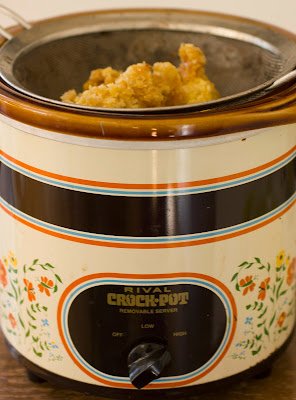 Meanwhile here at the happy house I've been extracting beeswax via the crockpot method, so far the results have been quite good but its a heck of a lot of work! More about the technique with photos once the process is complete. In the meantime our home smells like honey 24/7!

Posted by Illuminated Perfume at 12:53 AM