One foot in front of the other 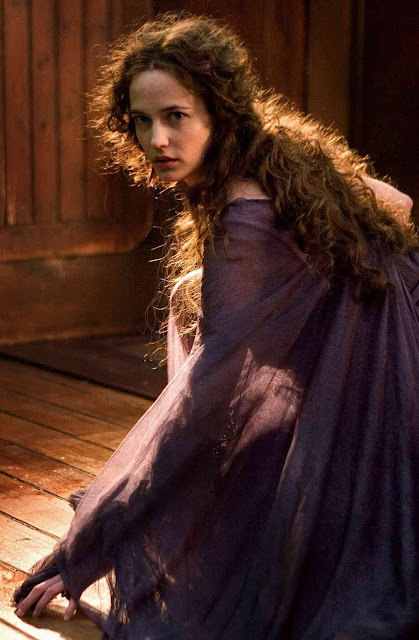 This journey of moving both the perfumery and our household has been epic! During the entire process I've been listening to a a book series proposed by my daughter Eve. Today, as I was driving from our little woodland house to my moms home in Encino, I realized that most of our personal experiences mimic iconic stories of heros/heroines. We all have characters in our lives that hurtle fire balls at us and a wizard/wizardess or two who come to help us as we attempt to refine ourselves into the wizard/wizardess. Personally I like the image of Galadirel as the powerful force that battles the dark forces with me, but Serafina Pekkala is pretty cool too. I'm sure there are others I could conjure given some extra time. Who do you envision coming to help you or yourself becoming? I really need to go check out the new Wonder Woman movie. 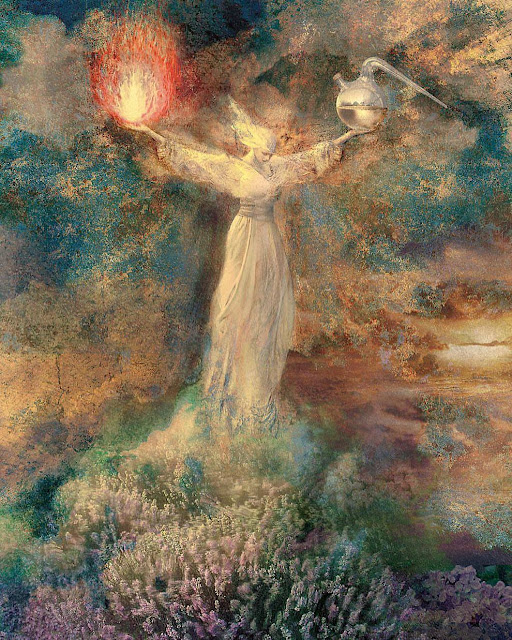 Ah, speaking of fantasy, Greg is currently at Comic Con in San Diego, find him in Artist Alley at table EE-24. He took the Divine Alchemy banner with him along with lots of original art that he has been threatening to burn in a bonfire in New Mexico. If you have always wanted to own one of his vintage original pieces, get it now before the burn! 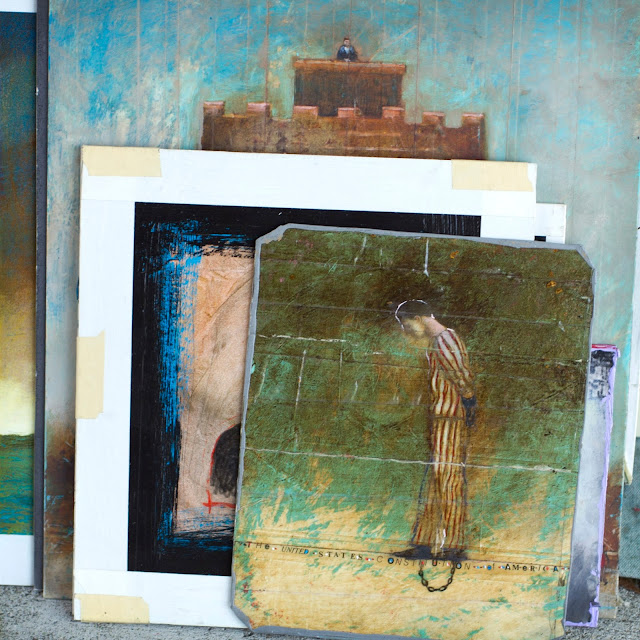 Speaking of characters, the garage sale was good but a really odd experience due to some of the very eccentric personality traits that descended at the event on Saturday. Ben mentioned that "garage sale people are a different breed", yea, no kidding! Thing is, I go to garage and estate sales hunting for vintage treasures, and I am definitely not part of that breed. However in the end we were able to get rid of things make some bucks to help this journey we are on and also meet lots of my moms neighbors. 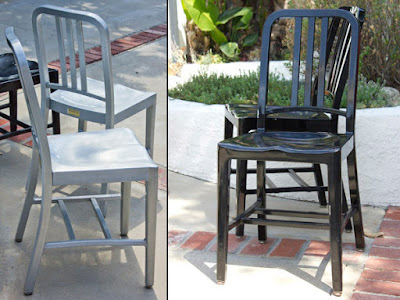 Next on the task list is donating items for a tax deduction and/or  listing others on venues such as Craigslist. I began the process of listing items with my four original, vintage Emeco chairs. After taking the photos, writing the listing and putting it up I'm feeling sorta done with selling furniture and other stuff online. I prefer to donate the stuff and move onto teaching about the plants and pure fume. If your interested in the Emeco chairs, keep reading, if not I'll catch ya later with another update soon, probably with dates on live, local classes.

The Emeco chairs are light and extremely cool, Greg and I decided to sell them since we are planning on going for a more classical type style in Santa Fe. While typing out the description I learned quite a bit more about the chairs and the company that have made me fall in love with them again!

The legend of these simple, sturdy, humble chairs begins with its founder Wilton Carlyle Dinges and the creation of the Electrical Machine and Equipment Company (EMECO), still located in Hanover, Pennsylvania.

Originally created in 1944 for US Navy submarines and warships to withstand harsh conditions such as salt water & air as well as an occasional torpedo blast. The story goes that Dinges tested the strength of the chair by tossing them out of a sixth-story window! By using salvaged aluminum, which was plentiful in 1944, Emeco perfected a 77-step proprietary process which yields aluminum three times stronger than steel resulting in a chair so durable that it has an estimated life span of 150 years.

The chair has survived seven decades of the military’s need and now is a fixture in restaurants, hotels, offices and film. Emeco’s all-aluminum chairs and stools come with a lifetime guarantee and tested to withstand 1,700 pounds of weight. Besides the aluminum is completely recyclable.