Samhain: The Fire at Tlachtga 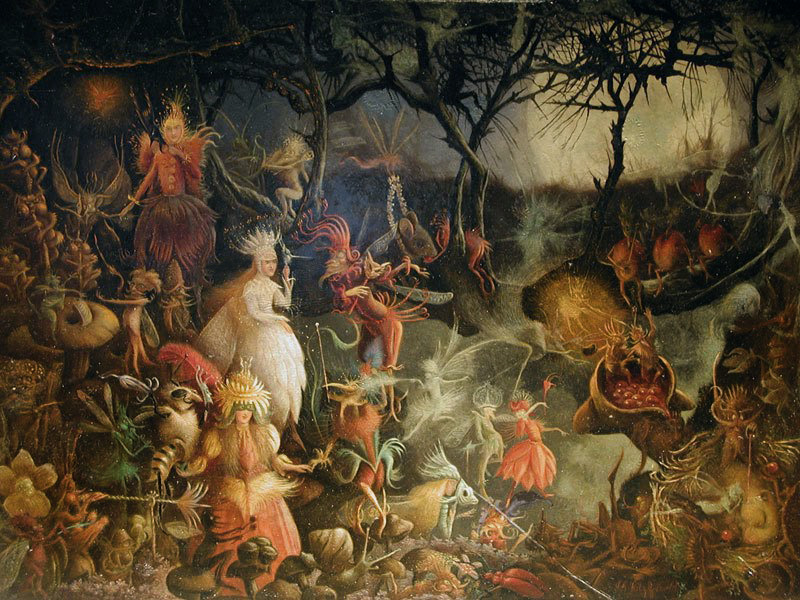 Happy Samhain dear readers. Now that I live in an area where the four seasons are prominent, I find it easier to experience the depth of each turn of the great wheel. Here is an excerpt from Tlachtga: Celtic Fire Festival by John Gilroy that tells the history of the evening, enjoy.

"The Festival of Samhain marked the end of the Celtic year and the beginning of the new one and as such can be seen to the equivalent of New Year's Eve. We have seen how the Celts believed that night preceded day and so the festivities took place on the Eve of Samhain. There is no doubt that that this festival was the most important of the four Celtic Festivals. Samhain was a crucial time of year, loaded with symbolic significance for the pre-Christian Irish. The celebrations at Tlachtga may have had their origins in a fertility rite on the hill but it gathered to itself a corpus of other beliefs which crystallised at the great Fire Festival.

The perceptible, and apparent, decline in the strength of the sun at this time of year was a source of anxiety for early man and the lighting of the Winter Fires here symbolised man’s attempt to assist the sun on its journey across the skies. Fire is the earthly counterpart of the sun and is a powerful and appropriate symbol to express man’s helplessness in the face of the overwhelming sense of the decay of nature as the winter sets in.

Now the sun has descended into the realm of the underworld, the forces of the underworld were in the ascendency. The lord of the underworld, unfettered from the control of the sun, now walked the earth and with him travelled all those other creatures from the abode of the dead. Ghosts, fairies and a host of other non-descript creatures went with him. The Lord of the Dead in Celtic mythology can be identified as Donn.

Mythology tells us that when the invaders of Ireland known as the Milesians landed at the Boyne, they made their way to Tara. Once there, they were advised by the Druids that they should return to their ships and sail off the shore to the length of nine waves. When they were on the sea a great storm arose which scattered their fleet. The commander of one of the ships was Donn. His ship was broken to pieces in the storm and he himself drowned along with twenty four of his comrades. He was buried on the Skellig Islands off the coast of Kerry.

He is the first of the new wave of invaders to meet his death in Ireland and, as such, he became elevated to the status of god of the dead. The place of his burial became known as Tech Donn - The house of Donn, and soon became identified with the otherworld. The Celts were fascinated with tracing their ancestry back as far as they could and often they identified their earliest ancestors with the gods of their peoples. Hence, a belief arose that when they died they went to the house of their ancestor, the god of the otherworld.

It is interesting to note that the abode of Donn, on the Skellig Islands, is just a few miles from the traditional home of Mog Ruith at Valentia Island. As well as being geographical neighbours, both are closely associated with Samhain, when it can be said that Mog Ruith as sun god sojourns at the realm of the underworld, the abode of Donn.

Donn is seen as a retiring god who prefers the isolation of the bleak Skelligs and remains aloof from the other gods. His name means "brown" and he is associated with the shadowy realm of the dead. O'hOgain tells us that a ninth century text attributes a highly significant quotation to him "To me, to my house, you shall come after your death.”

Many other sources say that the dead assemble at his house and describe deceased people travelling to and from here. Fishermen in the area were wont to hear strange boats passing to the island at night and the names of those who disembarked were called out. Later Christian writers claimed that the souls of the damned lingered at his house before departing for hell. Not surprisingly, aspects of his personage have been adapted by Christian writers in their portrayal of the devil.

Samhain being the feast of the dead can now be clearly seen as incorporating the cult of Donn into its celebrations but how they did so remains uncertain. The Fires were in all likelihood lit in honour of the sun god - here manifesting as Mog Ruith, but certain other of the trappings are clearly associated with the Lord of the Dead. The idea that Samhain is a juncture between the two halves of the year saw it acquiring the unique status of being suspended in time - it did not belong to the old year not the new. It could be said that time stood still on this night and the implications of this were immense. During this night the natural order of life was thrown into chaos and the earthly world of the living became hopelessly entangled with the world of the dead. But the world of the dead was itself a complicated place, peopled not only by the spirits of the departed, but also with a host of gods, fairies and other creatures of uncertain nature.

The unwary traveller, caught away from home on this night, could expect to encounter any one or many of these creatures and it was always advisable to stay indoors. Ghosts were everywhere and may or may not have been harmful to the living. It is interesting to note that the manuscripts tells us that all fires in the country must be extinguished on this night and could only be relit from the great flames from Tlachtga. This, of course, is not to taken literally but symbolised the brief and temporary ascendency of the powers of darkness at this time of year.

During this period all the world was in darkness and the dead were abroad. When the fire at Tlachtga was lit, it gave the signal that all was well and all other fires could now be relit. The fires at Tlachtga were the public celebration of the victory of light, while the relighting of the household fire marked the domestic celebration of the feast. Now the spirits of dead ancestors could be welcomed back into the home with safety and posed no threat to the household. This theme is repeated constantly in Irish literature. MacCollugh tells us that the cult of the dead culminated at the family health. Very often the spirits of ancestors sought warmth around the fireside on this night. Fires were left lighting in the grate to warm the spirits and food was left out for them. Even though the ancestral ghosts were benign, it was still a good idea to avoid them by going to bed early.

However, the ghosts may not have been entirely benign. They needed some sort of appeasement in the form of ritual offerings on this night. So long as the offering was forthcoming the ghosts were happy and benevolent, but if the offering was withheld another side of the ghosts features were presented. Bad luck would descend on the household and all would not be well the coming year. Some vestiges of this tradition may survived in the modern Halloween custom of "trick or treat". Children, dressed as ghosts and witches, invite the household to make a donation or face the consequences. The 'treat' may represent the ritual offering while the 'trick', nowadays a harmless prank, may have in antiquity, represented the malevolent consequences of inadequately appeasing the ancestral ghost on this night.

But it was not just time that was dislocated at Samhain. Just as the festival stands on the boundary between Summer and Winter, all other boundaries were in danger at this time. The boundaries between a man’s land and his neighbours were a dangerous place to be on this night. Ghosts were to be found along these points and a style between adjacent land was a place of particular dread and best avoided. Bridges and crossroads were also likely places to encounter ghosts. Naturally enough, burial places were avoided on all nights but particularly on this night. Every sort of a ghost was to be seen here and the dead mingled freely with the living.

The practice of divination - telling the future, was an important part of everyday life for the Celts and it is certain that this art formed a central part of the festivities occurred at Tlachtga at Samhain. Vestiges of this can be seen today at Halloween are familiar with the practice of going to the church at midnight on Halloween and standing in the porch. The courageous observer will see the spirits of those who will die in the coming year if he watches closely, but runs the risk of meeting himself. Similarity, girls watching in a mirror on this night will see the image of the man they will marry but also run the risk of seeing the devil.

Those brave enough to go to a graveyard at midnight and walk three times around the graves will be offered a glimpse the future but again run the risk of meeting the devil. This latter example is interesting as it preserves the three time sunwise turn so important to the Celts in the ritual. The possibility of meeting the devil may represent the well-known Christian attempt to associate the pagan god of the dead with the devil of Christian belief. This being the case, Donn the Lord of the Dead, left his island home on this night and travelled freely throughout the country. Whether he carried off souls is unclear, but it is likely that he did. The ritual offerings on the Winter Fires may have been an attempt to appease him until, such time in history, he was replaced on the arrival of Christianity by the devil.

The early Irish manuscripts are littered with references to the magical significance of Samhain. It marked the end of the fighting and hunting season for the warrior troupe known as the Fianna. At Samhain they retreated into winter camp, quartering themselves on the general population until the return of Summer at Beltainne. Fionn MacCumhail chose Samhain as the time to present himself before the court at Tara for the first time, while it was also at Samhain that the god Lugh made his dramatic entrance to the same court. The Connaught queen, Meave, waited until Samhain before setting out on the great Cattle Raid of Cooley.

Fionn MacCumhail, Lugh and Cuchulainn - Maeve's opponent, are the three great figures of Irish mythology and it is interesting to note how Samhain is the time chosen by the writers to introduce their arrival on the scene. The Battle of Mag Tuired (supposedly in County Mayo) was fought at Samhain. It seems that when the early writers wish to impart a magical quality to the events they are depicting, they choose the Festival of Samhain for the occasion. There remains little doubt that Samhain held a central place in the imagination of the Celts, where the festivities associated with several local gods became entangled, over the course of perhaps a thousand years, with the feast of the god of the dead. Remnants of these celebrations have come down to us in our own celebrations of Halloween."

Posted by Illuminated Perfume at 11:04 PM