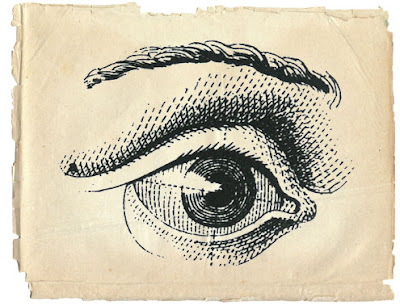 In the northern realms of America the sense we tend to rely on the most is our sense of sight. Of all the senses in our collective cultural sensorium "vision" is used to assess and determine situations. Looking back in history it was the modern printing press, introduced in 1440 by the German Johann Gutenberg that began our shift into the "seeing is believing" paradigm. Over the next hundred years it was aided by several modern inventions, primarily the microscope.
Micro in latin meaning "small" and scope "to see". Philosophical ideas of the new era combined with the shift to a strong patriarchal system. All these factors working together in the shift to a culture primarily based on the sense of sight. 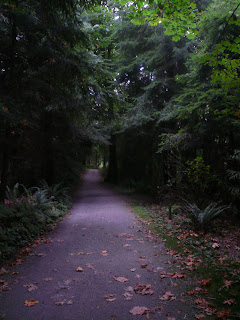 British Columbia is rich with beautiful imagery, specific to Nature. Vancouver dwellers are fortunate to have a thousand acre evergreen oasis within the city. What makes Stanley Park so different from other mega cities with parks is that this one is an evergreen forest with the water around the majority of it, giving it the feel of an island.
Across the Burrard Inlet in North Vancouver is fabulous lush forest, specifically the Capilano River Regional Park, Grouse Mountain and Capilano River. We visited the extremely tourist thick Capilano Suspension Bridge where the gem of the park is the Tree Adventure just on the other side of the gorge. Just before I crossed the wobbly 450 foot span I witnessed the trees on the other side. A magnificent, untouched span of towering trees stood beckoning to me, singing to my heart. 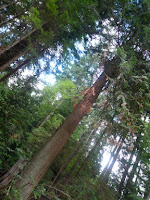 My eyes filled with tears as I gasped at the beauty and majesty. The dense old growth forest is filled with Western hemlock, ancient Douglas-fir, Western red cedar and Sitka spruce. We learned that the tree most revered by the First Nations People of the area has been the cedar, in fact their storypoles are made from these silent giants, also referred to as "arbor vitae' translated to tree of life. Along our eco tour we learned that this area is part of the Temperate Rain Forest that is spattered along the western Pacific Rim as well as a few other areas around the world. This rare biome has seasonal variation with rainfall in the range of 60 to 200 inches per year. The moist air from the Pacific Ocean creates ideal growing conditions for the tall ancients inhabiting the area. The Coast Redwoods also grow in this biome but are not as prolific as the four previous mentioned trees and are not found in Canada. Our informative guide explained the eco-system of this biome including the dynamics of the food chain. The birds and bears of the forest consume the trout and salmon from the lakes depositing the bones of the fish onto the forest floor as fertilizer.

Deeply inspired by the day, I drew a storypole my sketchbook illustrating this lovely circle of life.
The other major feast for the eyes came when we took the BC Ferry over to Vancouver Island. A coastal naturalist on board educated us about the local folklore and environment of the area. We saw quite of few bald eagles perched on the tops of trees. Unfortunately the day was very cold and gloomy, however, the clean ocean air and island views were enlivening. As I heard the guide speak about Salt Spring I remembered a friend had mentioned to us to go there. Thus, when we arrived at Victoria we hopped onto another ferry to the emerald realm of Salt Spring, one of over a dozen of the Gulf Islands. Later I was to learn that the artist Nick Bantouk has a studio here. Enchanted by the peace and rugged beauty of the isle, I vowed to return soon. It reminded me of the vital lush quality of Hawaii, the peaceful hippy atmosphere of Topanga and my summer days spent on Catalina Island. 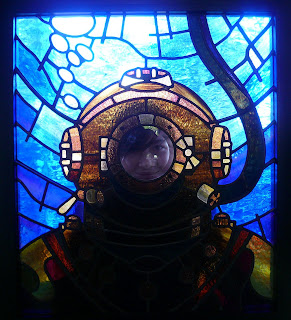 Returning to Victoria I was immensely disappointed by the amount of people and the disneyland-esque quality of the city. The following day we visited a storyboard artist Greg was working with at Rainmaker. Ken is very warm and friendly with a fabulous house surrounded by a grove of Canadian Oaks and filled with amazing artwork and artifacts. He designed the glass window in the front door of his 1950's ranch style house. From their we choose to 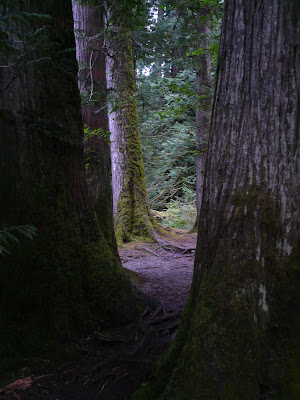 over to Cathedral Grove, we choose the old growth forest over the Butchart Gardens. The power and vitality of eight hundred year old native trees is so far superior to experiencing a crowded, non authentic manicured garden scape. Cathedral Grove is located in the MacMillan Provincial Park appropriately named for the awe inspiring height of the trees and the quiet sacred quality of the environment. Woefully some of the park area is threatened by the construction of a cement parking lot. We would have liked to continue on our adventure to the tide pools of Botanical Beach and Hot Springs Cove, but had to catch our ferry back to the mainland.
Back in Vancouver more visual treats presented themselves at Granville Market, an urban oasis of artist studios, charming shops and a public market. Eve and I took the water ferry often to this magical place where we would walk for hours taking in the sights. A few minutes away in Kitsalano is Rainmaker Studios where Greg worked daily creating visual development with a team of other artists. The creativity and level of draftsmanship among the group is wondrous. 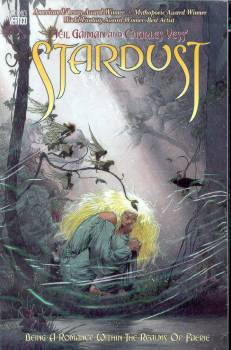 We saw the film "Stardust" based on the graphic novel by the same name written by Neil Gaiman and illustrated by Charles Vess. The film is delightful with great performances and does justice to the written word and illustrated story that we LOVE.