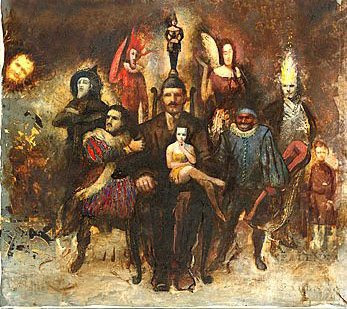 We are stepping into a phase of magical escapade, beginning with an extended journey in Baja California followed by Comic Con. I’m looking forward to the beautiful beaches in Baja, not to mention the olfactory discoveries that await down south.

The San Diego Comic Con is right around the corner and we will be there once more with a booth. Comic Con is a convention celebrating the myriad of facets of comic and popular art culture. As with every Comic Con we look forward to gathering with our art buddies from around the globe for the big show and tell...in my case show, sniff and tell. In April of 2007 I created a commissioned botanical natural perfume based on a specific theme. I’ve decided to release this perfume to celebrate Comic Con and that special relationship between the hero and the nemesis.

Be aware that Comic Con gets sold out, so if you intend to go get your passes NOW. Special guests include the father of American science fiction Ray Bradbury and renowned fantasy artist John Howe. The trade show exhibitor floor will feature the regular cast of characters including artists, film studios, book publishers (including my favorite, small press), Manga galore and a host of the weird, the ugly, and the fantastic.

Also, be warned, the event is not for the faint at heart. It is attended by hundreds of thousands of people, mostly fans devoted to fantasy and science fiction in all its forms. One truly feels like they have been plopped into an alternative reality where humans dressed as super heroes and storm troopers is the norm. In 2007 Comic Con attracted 125,000 people. 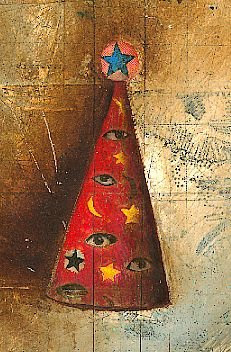 Besides the huge exhibit hall there is the upstairs “Events” area. This is where you can hear from your favorite creators: the writers, artists, directors and actors. I am keen on hearing Frank Miller discuss his latest project The Spirit, any and all things devoted to LOST, and the master of fantasy writer Neil Gamin.

Sandwiched on each side of Comic Con is Baja, where our summer escapade will begin.

The image above was created by Greg Spalenka for a music album titled "Sons of Igor". The image below is also by Greg, both are ©Greg Spalenka.
Posted by Illuminated Perfume at 12:56 PM