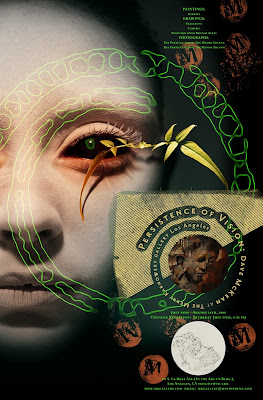 The bards have begun descending in Southern California for the biggest event in popular art culture in America, Comic Con. The excitement is building, I can feel it in my bones. Dave (McKean) contacted Greg to let him know he would be in LA this week for an opening at the The Merry Karnowsky Gallery. The show opens this Saturday evening, July 19th from 8-11pm. An exhibition catalogue will be published along with the show.

In my opinion Dave McKean is a master of storytelling, a true visual bard. A bit dark, yes, but definitely a master. I was introduced to his work about nine (?) years ago through Greg. There are influences of both Greg and Matt Mahurin in the work, yet, Dave transcended their styles into his own definitive voice. 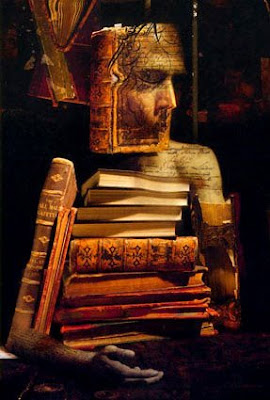 Daves artwork has graced the covers of comics, many of the works of another master bard, Neil Gamen, and music albums. Mirror Mask, his first feature film and a collaboration with Neil, was released for worldwide distribution a few years back. It is currently available on DVD.

Dave will be at Comic Con this year, you might catch a glimpse of him at the Allen Spiegel Fine Arts booth. Allens booth is located just across from us. Our booth is 4704 in the Illustrator's section near Hall G.

Dave McKean
The Merry Karnowsky Gallery
Comic Con
Images are ©Dave McKean, see more at his website.
Posted by Illuminated Perfume at 9:49 AM