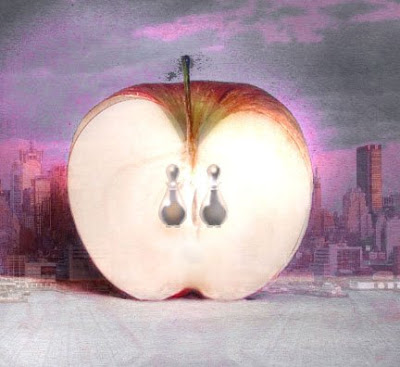 "One belongs to New York instantly,
one belongs to it as much in five minutes as in five years."
~ Thomas Wolfe
I am back from the big apple with lots of stories and pictures to share. The trip was especially rich with heartfelt connections. We arrived last Wednesday afternoon, after a four hour stint as a sardine. What’s up with those airplane seats? It doesn’t seem to matter how much yoga I do, trying to access my laptop or purse under the seat in front of me was short of impossible.

NYC was grand...the air was crisp, the 24 hour frenetic hum as constant as the inspiration and there was the NYC Sniffapalooza Fall Ball!!!

The Sniffapalooza Fall Ball was so much more than I could ever imagine or anticipate. Two full days of fun, connection with fellow devotees of fragrance. What struck me the most was the kindred spirits I encountered. I knew I would come across some of the most obsessed olfactory beings on the planet. However, as I mentioned above, I was unprepared for the bounty of camaraderie and fellowship.

I’ve experienced some of this type of esprit de corps at Aromatherapy conferences over the past ten years and to a certain extent with artists at the San Diego Comic Con. Sniffa NY was different though...it’s an intangible thing...much like fragrance itself. Part of it, no doubt, was due to being in NYC once again.

"I felt something so intense, I could only express it in a perfume."
~ Jacques Guerlain
We stayed at a friends apartment in the financial district with a spectacular view of the Hudson. On Wednesday we stopped into Enfluerage in the Village and had an amazing Indian meal across the way. Thursday and Friday were filled with visiting friends and colleagues, eating fabulous meals and a tour of FIT, The Fashion Institute of Technology. For those in the city or traveling there I highly recommend the “Gothic: Dark Glamour” show currently on display at the FIT gallery. WOW!

Sniffa took place on Saturday and Sunday. I’ll post about that as soon as I get some photos. For now...from left to right, here I am with Dorothy McCall and Raphaella Brescia Barkley outside of Bond #9 on Sunday morning. The photo was taken by Dorothy’s lovely and talented husband Michael Freidlander. Thank you Michael! 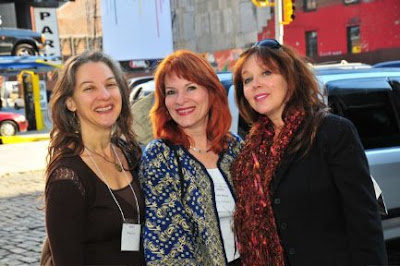 Welcome back! I totally agree with the sardine feeling after a 5 hour flight.
And I glad that you enjoyed and that the trip was successful!

Thank you Andy. Yea, that sardine affect stinks! Absolutely ADORED the NY Sniffa...more on that soon.
;-)