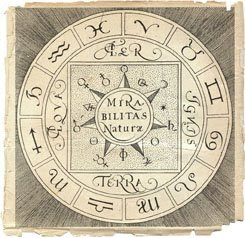 I became conscious of working with magic in the nineties when my daughter Eve was about three. The adventure began at a drum making workshop in an artist loft space at the Brewery. My friend could not attend the event, so I went in her place.

The Brewery is an old beer brewery that has been transformed into artist live work spaces in the heart of downtown Los Angeles. I arrived to the large open space unaware that it was a portal and would literally "altar" the course of my life.

The class was taught by a Native American individual who brought all the materials we would need that day to make our very own whoop drum. I created a 21 inch drum which I have been using regularly at drumming circles ever since. The drum has a deep resonant sound.

Shortly after creating the drum I began participating in drumming circles hosted by the individual who facilitated the drum making class. I learned that this individual was a Shaman and was putting together a group of "initiates" to learn the path of presence. Since I had been asking for a teacher to step forward I saw this as an opportunity.

Auspiciously at around the same time I was introduced to essential oils and aromatherapy. Thus, in tandem, I began learning the properties of essential oils while peeling away some of the veils to conscious living.

For the next three years I studied individually with my teacher and within the group. This is where I began the journey into working with magic.

The first perfume I created utilizing many of the techniques learned was with the formulation of "Q", the oak perfume. Intention and mindfulness are utilized whenever a perfume, accord, tincture or infusion is crafted here in the studio. However, weaving magic has many layers to it and a few of the perfumes contain more magical fibers than others.

The new Sierra solid perfume was created this past October with numerous magical techniques implemented. I began with the idea of prosperity employing essential oils with both ancient and modern affiliations to the concept of abundance on all levels. More on that in the morrow.

Image at top: old engraving cleaned up and placed on parchment. Image below at left: Q elongated ©Greg Spalenka.
Posted by Illuminated Perfume at 7:40 AM