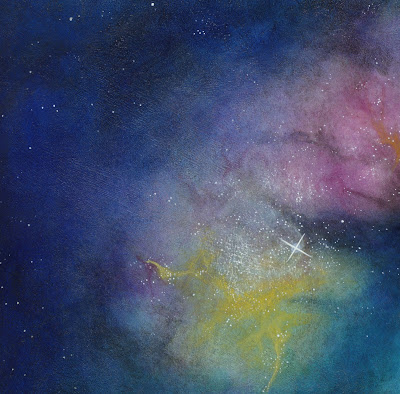 On Twitter a few weeks ago I read a tweet by friend and fellow artist Dave McKean. He mentioned watching the film Contact with his son. I had forgotten about the film and decided that the next opportune moment I would watch it with my daughter Eve.

The first time I saw Contact was in a theater when it was first released back in 1997. I remember being so inspired that I came home and started sketching. The sketch soon tuned into a painting that is now beloved by many and hangs in our home. 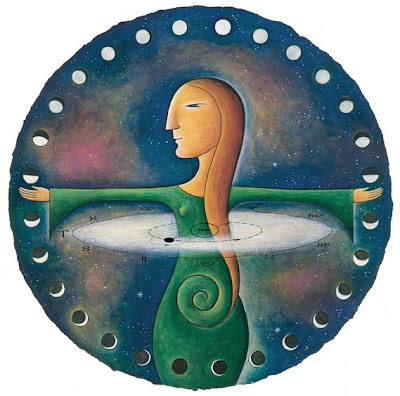 Greg, Eve and I all watched Contact this past Saturn evening. (Saturday is named after the planet Saturn.) This film has a terrific story, is extremely well crafted and superb actors, all of which make an equation for excellence. Here are a few of the quotes that stood out for me and really touched deep into my heart.

~
Executive: We must confess that your proposal seems less like science and more like science fiction.
Ellie Arroway: Science fiction. Well you're right, it's crazy. In fact, it's even worse than that, nuts.
[angrily slams down her briefcase and marches up to the desk]
Ellie Arroway: You wanna hear something really nutty? I heard of a couple guys who wanna build something called an "airplane," you know you get people to go in, and fly around like birds, it's ridiculous, right? And what about breaking the sound barrier, or rockets to the moon, or atomic energy, or a mission to Mars? Science fiction, right? Look, all I'm asking, is for you to just have the tiniest bit of vision. You know, to just sit back for one minute and look at the big picture. To take a chance on something that just might end up being the most profoundly impactful moment for humanity, for the history... of history.

~
David Drumlin: I know you must think this is all very unfair. Maybe that's an understatement. What you don't know is I agree. I wish the world was a place where fair was the bottom line, where the kind of idealism you showed at the hearing was rewarded, not taken advantage of. Unfortunately, we don't live in that world.
Ellie Arroway: Funny, I've always believed that the world is what we make of it.

I've chosen Earth Solid Botanical Perfume as the scent of the today. We are currently in search of a name for this perfume. At the moment Terrestre is winning in the poll. Please stop in and vote at this link, if you have not yet done so. Thank you so much to all those who have.