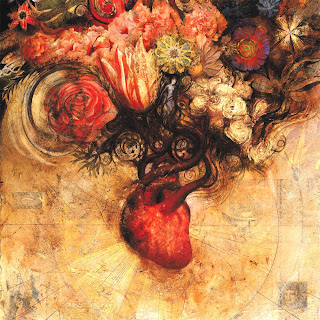 Today we honor Fathers and Summer Solstice. Rather auspiciously one of the symbolic aspects of the Sun is the Male, the father. Where as the Moon is associated with the Feminine, the mother.

Known as Midsummer and Lilith, Summer Solstice marks the official first day of summer, an extended day of light for those of us in the Northern hemisphere. Where as in the Southern hemisphere, like in Argentina where my father is, they will be celebrating the Winter Solstice, albeit in a different manner than how we celebrate it in the North. If you are in the South and celebrate Solstice, please share with us how you celebrate, we'd love to hear! 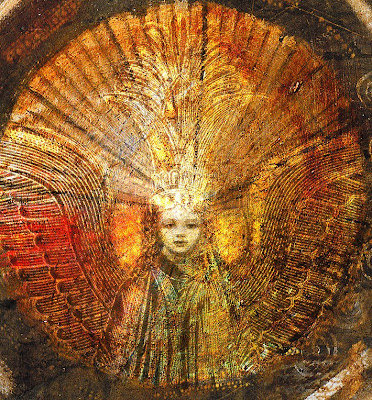 The Sun, the largest star in our solar system, has been personified in many myths including Helios by the Greeks and Sol by the Romans. Since all is revealed in the light on the Sun, we find Truth as one of the iconic aspects associated with this ball of fire traveling through our heavens. According to Biblical stories the Sun was manifested on the fourth day of creation. I guess God was working in the dark on the previous days. The Sun also plays a role in Dogon, Hebrew, Japanese, several Native American and South and Central American creation myths.

In Germanic traditions the Sun is the embodiment of the feminine where the moon is masculine. This is a great illustration of how the people of the earth will create their own mythologies to suit their needs.

Some of the symbols that have been utilized in creating mythologies associated with the Sun are include the fact that it is a huge orange ball in the heavens that provide us with light and warmth, resulting in the growing of our food. The rising in the East and the setting in the West is another key aspect that is focused upon, like the god Helios and his firey chariot pulled by four horses.

What symbolic aspects do you associate with the Sun and the Solstice? In botanical perfume, as mentioned in previous journal entries, Sunflower oil as a base for an "solar" infusion of "solar" plant material. Solar plant material includes: 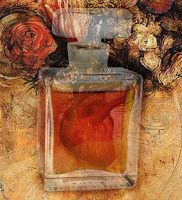 The ancients derived these associations by observing several factors: the color and shape of a plant, how it makes you feel, plants that show signs of being affected by the sun (Sunflowers), plants associated the circulatory system and where the plant grows. Today being SUNday makes it an even more potent day for honoring the sun and beginning or creating a vital aromatic Solstice elixir.

Art Heart image ©Greg Spalenka, www.spalenka.com. The second image is a detail from the Art heart. The third image has been created by me, Roxana, utilizing layers of imagery in photoshop. See the photos of how Greg created this image here.

Posted by Illuminated Perfume at 3:23 PM

Here in the South, as you say, we should be celebrating the winter solstice.
Is the longest night and the shortest day, winter has arrived and is cold. Mnnn!
Still, I am celebrating.
June 20th is flag day in Argentina.
June 21 this year, is Fathers Day.
June 21 is San Luis.
I received your regards,
I´m happy.
Love and Kisses.
Luis Villa