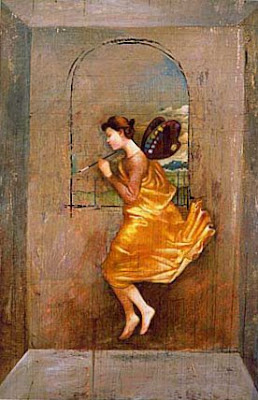 “The Artist as Brand” workshop began on Monday, June 29th, lasting five consecutive days. This workshop, or taller as it is called here in Ecuador, is the reason we were invited to come here to this part of the South America. We have been staying at the “Hotel Quito” located in what Eduardo has referred to as the Riviera of Quito, just on the edge of a mountain with a spectacular view. During the term of the workshop we were picked up by Eduardo or one of the gracious students. The journey from our hotel to the school was usually a bit of an adventure since we are located up in the mountains and the school is located down on the valley floor in CumbayÁ. The road down to the school is termed “El Camino de Orellana", referencing Francisco de Orellana. This road is the historical route that led Orellana down to discover the Amazon in 1541 in search of El Dorado and the country of Cinnamon.

Each day the workshop began at 5:30pm and ended somewhere between 9:30 and 10:30pm. There were about forty very interested students in the class with a diverse range of artistic talents. Almost every single attendee understood English and could speak to a certain degree. To make things easier on the students Eduardo would translate everything Greg said.

On Monday the workshop began with an introduction of the course followed by each of the students sharing the first draft of their “personal vision” statement. Greg then ended the evening with a multi sensorial presentation of his creative path from the early days up until this moment. 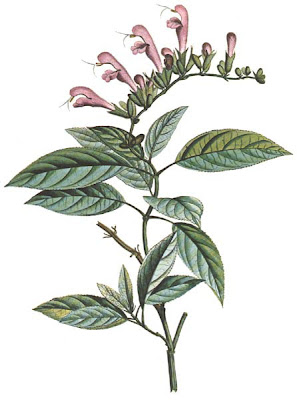 Thus, each day the cycle repeated itself, we would journey down to the University hours before the class for some sort of interesting activity. On one day Eduardo took me to meet the head of the Botany department so that I could ask questions regarding the historical use of native plants. The head of the department was unable due to an allergic reaction from having been bit by a dangerous snake in the jungle. Thus another teacher in the department showed us around and very graciously answered many of my questions. In the evening after class one of the students would take us back up the mountain to our hotel, sometimes stopping at a local café for a late night snack. 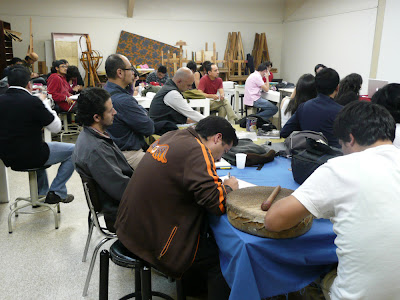 Witnessing each student evolve their personal vision statement was a fantastic experience. I commend each one of them for digging deep into the heart to find their El Dorado. 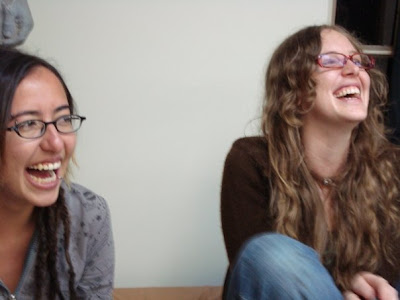 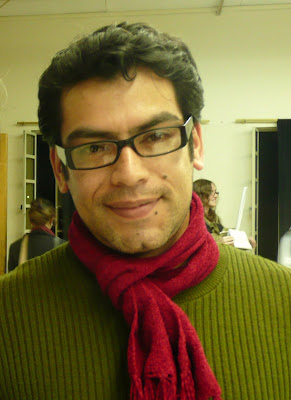 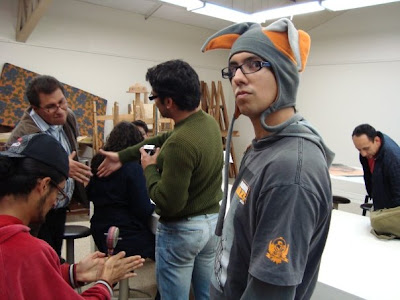 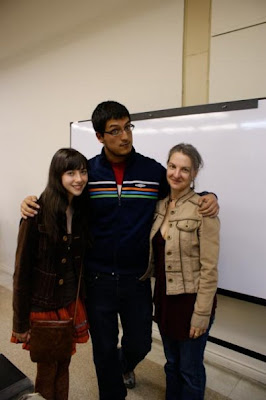 The last day of the workshop I presented my path as a visual and aromatic artist. The first portion of the visual lecture featured slides of early artwork leading to freelance work as an illustrator in New York City. All the imagery had been organized as a keynote presentation with transitions and quotes. The second part of the display delved into the path to Aromatherapy ending with Roxana Illuminated Perfume. After the visuals were over I shared a sampling of essences used to create botanical perfume progressing from base, middle and top note and then ending with the perfumes.

It was exhilarating to hear the positive response to the presentation, the essences and the perfumes. The favorite fragrance appeared to be Sierra in both the liquid and solid format, although every single perfume had its own fan base. 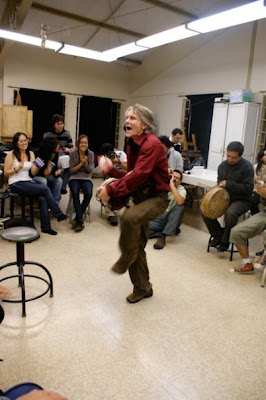 The final closing ceremony of the workshop was a drum circle facilitated by Greg. We made many beautiful new friendships and alliances at the workshop and look forward to observe how these students use the tools shared to manifest their own personal creative visions into the world.

More from Middle Earth, including a visit to the Botanical Garden of Quito, Pre-Incan Ruins, the Artisan Market at Otavalo and our trip to the Amazon jungle...stay tuned!
Posted by Illuminated Perfume at 9:29 PM

Thanks so much. My intention had been to post everyday while I was here. So much for good intentions in a third world country where the internet is a bit unpredictable.
:-)