Scents of the Mediterranean 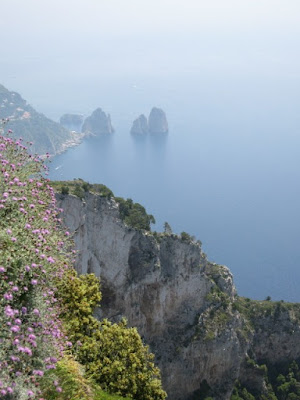 Sun day greetings with a combined blogging fest celebrating the "Scents of the Mediterranean the World Over." This event has been organized by Ines of All I am - a redhead and Elena of Perfume Shrine. Links to all the participating blogs are located at the end of this post. Hearty gratitude to both Iris and Elena for inviting me. 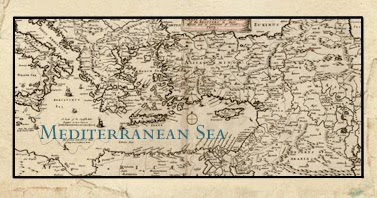 The Mediterranean refers to the inland sea by the same name which connects to the Atlantic Ocean. The land masses surrounding the sea are Anatolia (Turkey), Europe, North Africa, and the Levant. 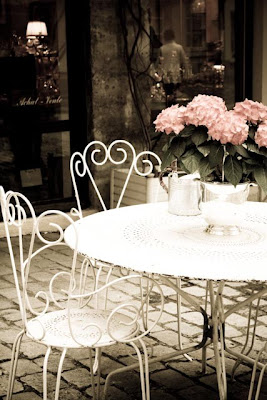 When I think of scents from the Mediterranean my first thought is culinary herbals such as Thyme, Oregano, Basil, Chamomile, Sage, Bay Laurel, Rosemary and Lavender. As I continue to ponder a bit the horizon expands to include the fresh smells of the ocean and gourmand notes wafting from outdoor cafes.

Southern California, where I dwell, shares similar climatic conditions to the Mediterranean. This eco-system is termed the chaparral biome. The dominant characteristics are a warm temperatures, a long dry summer with the rainfall season occurring in the fall. This specific system is found along the west coast of the US and South America, the Cape of South Africa, the western tip of Australia and the coastal regions of the Mediterranean.1 In some areas of the world the chaparral biome is also referred to as the Mediterranean scrubland or sclerophyll forest. Some of the common plants found in this biome are oak, pine, eucalyptus and acacia. This is the reason so many Mediterranean plants thrive in southern California, so well that they are crowding out our own native plants. A good example is the eucalyptus from Australia. 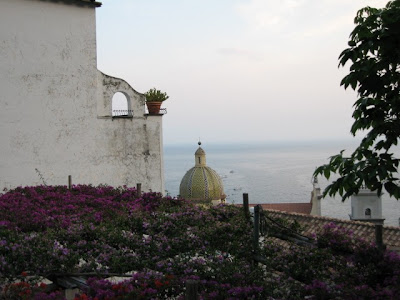 This photo above by Rebecca Plotnick, a fellow etsy artist, looks out over the sea in Italy. The photo could have easily been taken from Malibu hills or a lookout point at the Getty Villa. The main difference in is the depth of history one finds in the Mediterranean, perfectly depicted in the architecture.

If I were to draft up a Mediterranean perfume sketch I begin with the idea of creating the fragrance as a liquid perfume in a base of Organic grape alcohol, since the area is known for fine wine. The predominant unifying scent for all four land regions bordering the Mediterranean are those of the sea. I also like the idea of orchestrating this as a Chypre, since this fragrance family is connected to the region.

From the paint box of the natural botanical perfume artist that raw material is seaweed absolute with a touch of oakmoss and a bit of choya (distilled sea shells.) To this base I add some labdanum, not only because it works well with those thus far selected but also because this deep resinous aromatic is native to the region. I also add cyprus wood, Cupressus sempervirens, from Crete or Spain. For the middle notes I choose rose and orange blossom as the two main florals in the accord of the heart, which while blending I invoke Aphrodite. For the top notes I add Bergamot from Italy to complete our Chypre orchestration, lemon verbena for little extra zing, a bit of a culinary herbal note like thyme and some middle eastern spice for an exotic twist. Once the initial sketch is finished I will analyze the different scents together and research more materials to weave in. I'd very much like to use a bit of my olive leaf absolute...or perhaps some of the absolutes that come from Europe like genet (broom), beeswax, helichrysum or black current. Then again, I might fall in love with one of these ingredient and start over again. 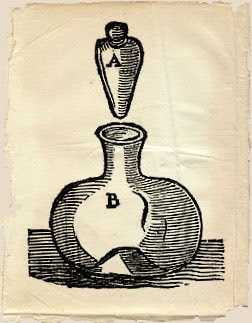 As always, it is a pleasure to shadow the evolution as you sketch a perfume...

...and I appreciate the connection to the your local ecosystem/biome, something I know you are passionate about. An extra nod to that as someone who feels equally passionate about their own portion of the dome. :)

Now I'm going to see how well I can conjure your sketch in my mind...a fun exercise, indeed.

Thanks for bringing us along as you compose your ode to the mediterranean, wheresoever in the world that climate may be. Lovely, as always!

Hi Scent Self, When Ines invited me to participate first thing I thought of was the related biome. Interesting because as a child when I traveled in the Mediterranean I had no idea of the related eco system.
I thrilled that you enjoyed the sketch.

La Bonne Vivante...a pleasure to share the journey my dear...after all traveling with friends is so much fun.

Your blend idea sounds great! I've been timid about using seaweed absolute but will have to try playing with it. I have a small sample and it seems potent but interesting.

Hey Laurie, you know I must admit I adore seaweed absolute and wish it wasn't quite so expensive. Perhaps we could go a cooperative buy on it sometime. I bet you'll enjoy it once you get to cozy.

I found the comparison with Sthn Cal interesing, indeed I also thought that photo with the white buildings and the magenta flowers was somewhere local to you!

There have been so many different approaches to this topic, and I enjoyed reading your sketch for a Mediterranean scent.

As a kid, we used to have junket made with carageen moss, which is a type of seaweed, I think. A delicate, subtle flavour.

My captcha there was CORTE, a town in central Corsica. Yowza!

Beautiful writing, gave me a scent picture of the mediterranean since I have never been there. I did not know that the Chaparral area is a similar ecosystem to the meditettanean. Also, this sounds like a wonderful start to a stunning perfume. I am excited to see if it evolves. ~angie

Roxana, this was very illuminating - both regarding the biome and how you would compose a perfume (I always wondered how perfumers put their ideas into reality).
Really wonderful. :)

your sketch is lovely- agree there has to be some labdanum if we're talking about the Levant- the Med is actually a huge area when you start to think about it isn't it!

Very true about the biome and very interesting as well, isn't it?

Lovely invocation from a perfumer's point of view, all those things would create a very Med fragrance.

I grew up in the Mediterranean, well the second half of my childhood... BIG fan of the architectural styles, the color contrasts, the incredible aromas of the landscape.

When I relocated to the US as a young adult- I naturally came to the Bay Area to live in that city scape... later on i escaped and found a piece of land nestled in chapparal, manzanitas and oaks. The Mediterranean feel inspires my work.

It was a pleasure reading through this blog feature and hear your process around choosing the herbs for your perfume !