Voyage of the Dawn Treader 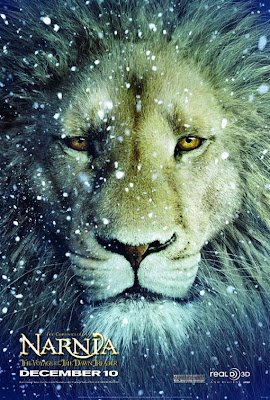 On Moonday evening, November 22nd, we drove into Century City for the cast and crew premiere of The Voyage of the Dawn Treader. Michael Apted, the director, was there along with other friends and industry professionals, including members of the cast.

I wasn't quite sure what to expect of the third film in the series. Although I am a huge fan of the books I was skeptical, despite the fact that Michael was stirring the production and Greg's contribution was superb.

The film was shown to us in 3D at the Zanuck theater on the 20th Century Fox lot. The theater is named after the Darryl F. Zanuck, one of the founders of Twentieth Century Pictures. I would have preferred to have experienced the film sans the 3D experience, but, I imagine they did that to prevent any pilfering since it was so far in advance of the actual premiere.

The world premiere is this evening in Leicester Square, England with the Queen herself! You can see a live webcam of the event here. I am curious what the fans and critics will think. I was impressed mostly because I was terrified that it wasn't going to be very good. However, after seeing the latest Harry Potter film, I must admit it pales in comparison. I found the story telling to be a bit weak, despite some beautiful visuals. I would like to see it again, without the 3D experience and expectations to get a better sense of my feeling about it.

Much of Greg's visual development work was used and much of it wasn't. It was disappointing not to see the big wave image he did with the starry universe and seagulls. Unfortunately I can't show you the image because it is owned by the studio and they are rather like rabid dogs when it comes to sharing such things.

The visuals that were used include the Dufflepods, Star woman, Eustace transformation, the sea of white lily flowers and the wave scenes at the end. If you do go, make sure to keep a lookout for these scenes and Greg's credit under concept designers.

At the premiere I was wafting Cimbalom solid natural perfume.
Posted by Illuminated Perfume at 10:39 AM

I was going to ask what perfume you wore; thank you for sharing.

My daughter is just starting to read all the Narnia books and is loving them. I shall most likely go to watch the film with her, and will watch out for Greg's work!

Hi Grace, I wore Cimbalom because that one happened to be in my purse as we had just arrived from San Francisco. If I had planned it I think GreenWitch would have been the more appropriate.