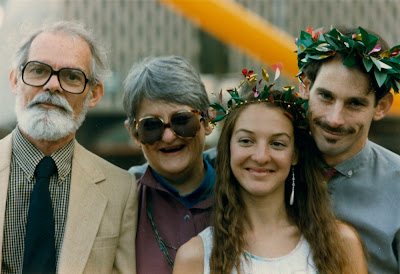 Graphic designer John Neuhart transitioned from this Earthly realm today at noon. Although we knew his departure was approaching it is still a shock and a pull on the heart strings. I met John during art school at Otis via Ben. Johns love of letterpress, typography and fastidious attention to detail were huge inspirations to my creative life. It's a comfort that much of his letterpress equipment now resides in the back studio where Ben and I plan on starting up projects in October. 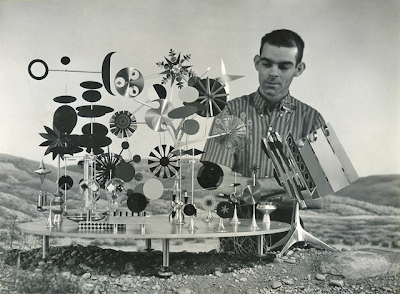 John was a detail master, a titan of organizational thinking and orchestrating space. He would take enormous amounts of time and attention to hand make items like the dollhouse for Eve when she was born, which took seven years or a simple box to house a crown made by Marilyn.

The Eames office scale model took ten years to make, between 2001-2010. Constructed on a one-quarter inch to one-foot scale, the model is a replica of the Eames Office at the time of Charles Eames death in August of 1978. Painstakingly constructed over nearly a decade John, with the assistance of Marilyn, aimed to recreate the office with precision. With a demountable roof and cross beams the model reveals the 10,000 square foot interior equipped with appropriately-scaled furniture, the equipment and tools of the Eames Design Office, as well as the graphic displays decorating the walls at that time. The model was sold as part of an auction to the Vitra Museum in Switzerland.
Marilyn and John's most recent project was the two volume set The Story of Eames Furniture which was published in the Autumn 2010. Here is a video on Vimeo with both Marilyn and John being interviewed.

The Story of Eames Furniture: Marilyn Neuhart with John Neuhart - Interview from Gestalten on Vimeo.

John attended Long Beach Jordan High School and from there went on to Long Beach City College where he met Marilyn. After receiving their degrees they attended the University of California at Los Angeles, where John would eventually teach typography and graphic design while working at Eames office with Charles and Ray.

Eventually Marilyn and John opened their own office, Neuhart Donges Neuhart (NDN), with friend and associate Richard Donges. They created environmental graphics for the Mathematica show at the IBM building in NYC and designed the torch for the 1984 Los Angeles Olympics. John had a brief career in the film industry working ona montage in Butch Cassidy and the Sundance Kid, but his real love and gift was as a teacher, he retired from UCLA as a full Professor Emertus in 1984. 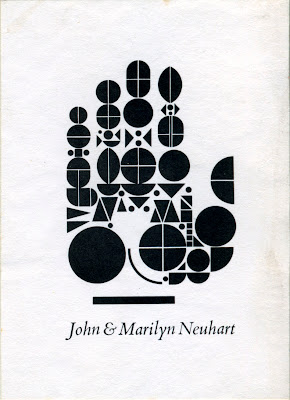 During college it was a treat to visit John and Marilyn's home in Hermosa Beach or their studio in El Segundo. Their modern design sense was magnetic as well as the awe inspiring collection of books which was easy to get lost in for hours. If I ever felt a lack of creativity all I needed to do was visit that amazing compilation of books on every subject imaginable.

My camera has still not arrived thus pictures of Johns beautiful creations will be posted here later along with other links as I am sure many people will be sharing stories about him throughout the internet and print. 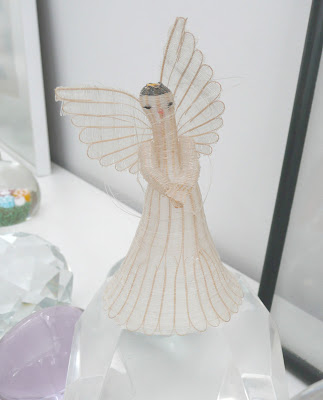 We live in this world with full consciousness that one day we or another being in our lives will pass from this dimension onto another. Despite this knowing, western culture still hasn't quite figured out how to embrace the process with consciousness. John left his mortal coil in his home surrounded by loving family members. Please join me in sending him light as he enters a new journey.

Photos: Graduation day from Otis college at MacArthur Park in May 1984, pictured from left to right John Neuhart, Marilyn Neuhart, myself and Ben Neuhart. The crowns Ben and I are wearing were made by Marilyn, photo by Andrew Neuhart. Black and white photo of John in 1957 from Ben Neuhart. The hand image was designed Marilyn Neuhart and used as a bookplate. I took the angel photo on Christmas day 2011 at John and Marilyn's home.
Posted by Illuminated Perfume at 3:30 PM

A lovely tribute to a man who was clearly a great mentor. Marilyn's book sounds fascinating and they are adorable being interviewed together in the video.

John was my mentor too. I was lucky enough to live 2 blocks from him and was fortunate enough to enjoy quite a few of Marilyn's wonderful dinners.

He plugged me in with the Eames studio where I worked as a photographer for several years. I went on to doing work for for N-D-N photographing the models of displays they were designing.

I was glad to hear that Marilyn was able to get her book published.

A person of brilliance in both body and mind should be honored in more ways than one as he was in that tribute. He will be missed for sure.
web design crewe