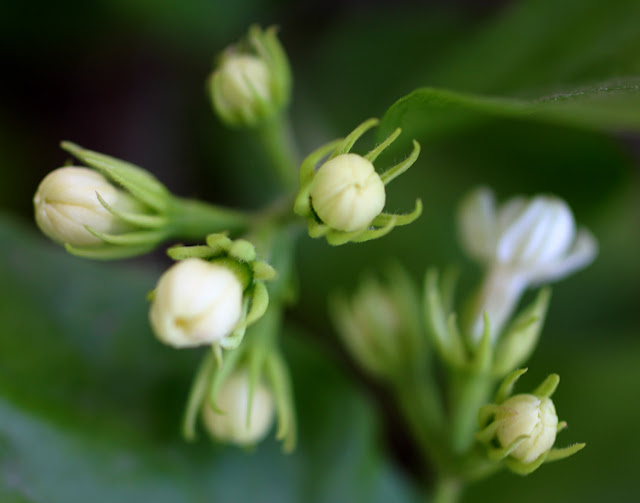 "Summer breeze, makes me feel fine, blowing through the jasmine in my mind."
~ Seals & Crofts

Venus, the planet associated with Aphrodite and love, has inspired the latest addition to Perfume Illuminated. The list of Venusian plants is quite vast and includes many that Beth and I have already highlighted in this Materia medica of sorts. As Beth and I discussed all the possibilities we finally settled on Jasmine since the species known as Jasminum sambac is currently blooming here in the woodland. 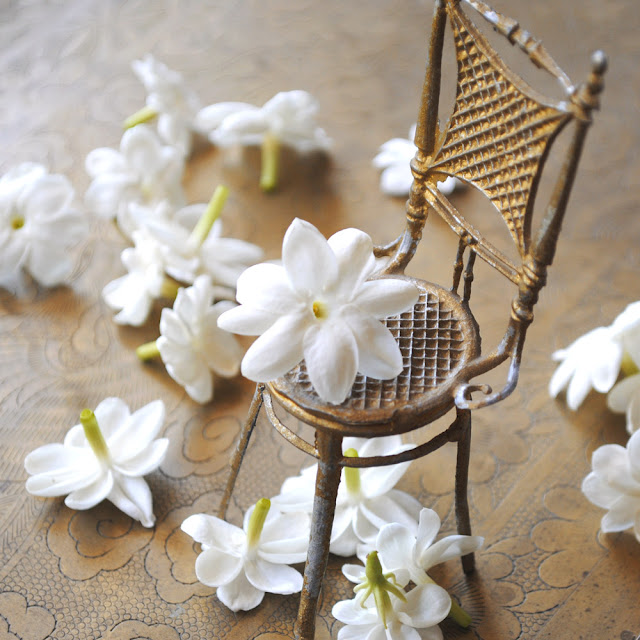 Jasmine is part of the Oleaceae (Olive) family of plants and although associated with Venus and water element, it is considered the King of aromatics in perfume with Rose as the Queen. These two flowers along with Tuberose were the first to be cultivated for perfumery in France. The Jasmine genus contains over 300 species including vines and shrubs 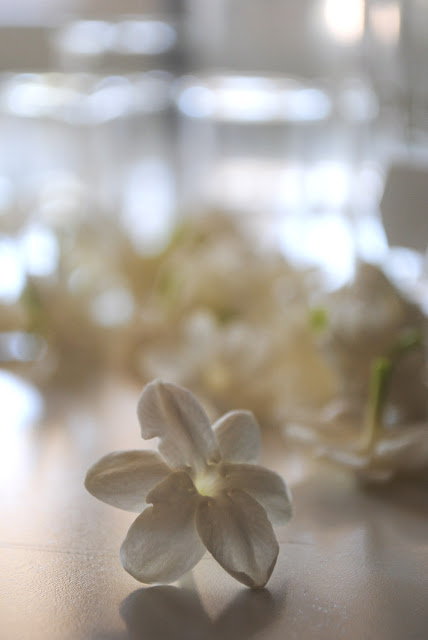 "Ah, these jasmines, these white jasmines!..."
~ Excerpt from The First Jasmines by Rabindranath Tagore

Although the common name the sambac species is Arabian jasmine this gem, with small white waxy flowers, is native to the tropical regions of Southeast Asia, not the arid climes of the Middle East. Despite this fact, the plant does quite well for me here during the warmer months in Southern California. Since I am in the hillside where clay soil and gophers abound, I put the Jasmine sambacs in pots, so far I have seven of them and desire more. 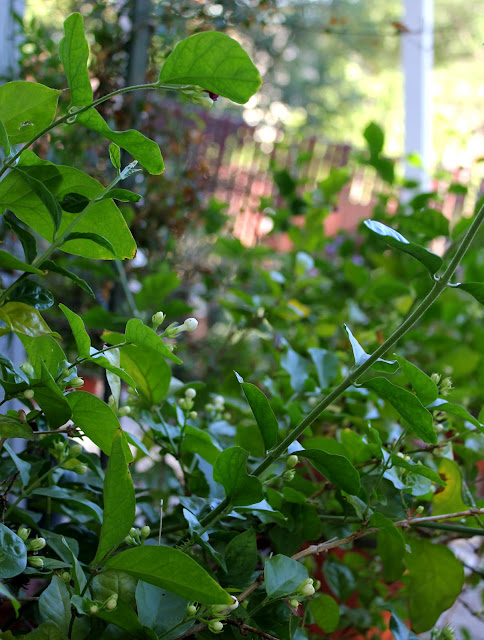 The uses of the small flowers extend to flavoring green, pouchong and jasmine tea, in Hawaii it is called Pikake and used in fragrant flower leis while in India the flowers are used for devotional garlands of hope. 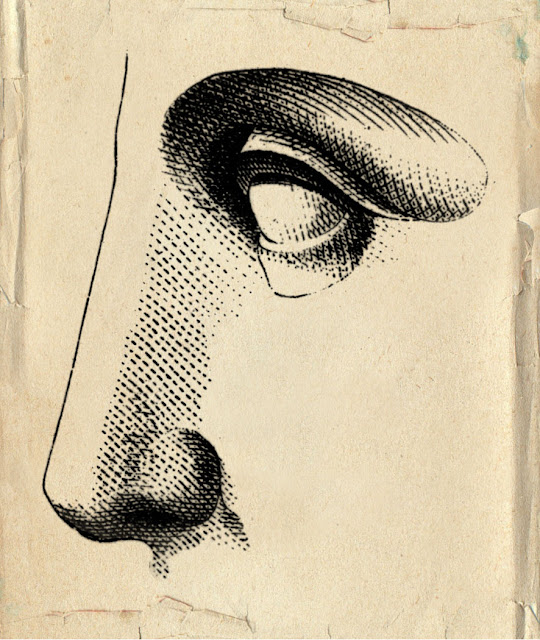 There is an old saying by the great masters of French perfumery stating "Never a perfume without Jasmine." This is so true, as this fragrance pairs beautifully with other florals like Rose and Ylang Ylang while marrying well with so many other fragrance families to produce feminine, masculine and/or unisex fragrances. The pairing of two or more ingredients in perfumery is termed an accord or chord, a term stemming from music, meaning "a harmonious combination of two or more notes."1 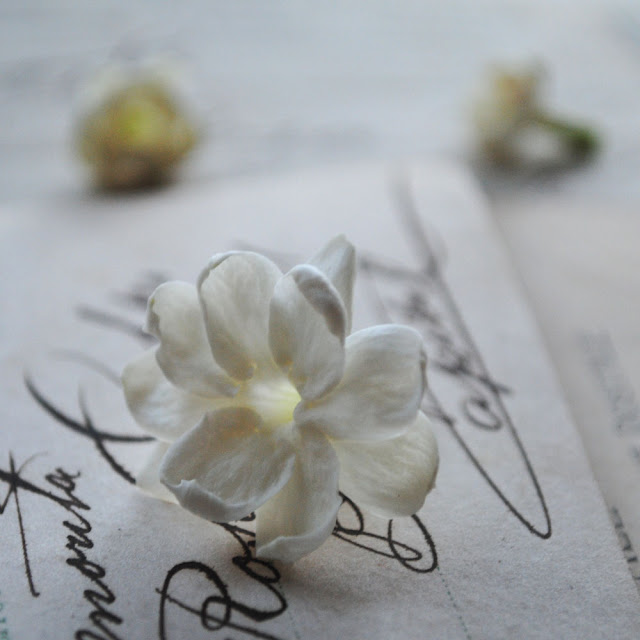 In the palette of the natural, botanical perfumer we have four types of Jasmine to work with: Jasmin grandiflorum, Jasmin flexile, Jasmin auriculatum and Jasmin sambac. Those who do not use whole essences exclusively have a large array of isolates and augmented Jasmine notes available to them. These four aromatics all have an opulent, intoxicating, heady, exotic, complex, sweet and floral fragrance with varying subtleties. In perfume they are considered mid to base notes with strong aromatic strength.

Jasmin grandiforum: Termed "Poets jasmine" this is the most elegant and traditional of all the Jasmines. The fragrance is refined opulence with fresh, floral notes. Besides the absolute this essence is also available as an organic enfleurage from Egypt. The main chemical constituent is the "monoterpene farnesene with benzyl acetate, benzyl benzoate, methyl jasmonate, methyl linoleate, phytol acetate, linalol, benzyalol, nerolidol, eugenol and jasmone."2

Jasmin auriculatum: A heavy, Gardena-like scent with fruit and strong dark, animalic and indole notes. This essence is available as an absolute from India.

Jasmin flexile: Is a very clean and delicate, exotic floral similar to other flowers in India such as Night Queen, Champaka and Frangipani.
"One hundred and twenty-one compounds were characterized in J. flexile flower absolute, with methyl linolate, benzyl salicylate, benzyl benzoate, (2E,6E)-farnesol, and benzyl acetate as the main constituents. A detailed olfactory evaluation was also performed."3 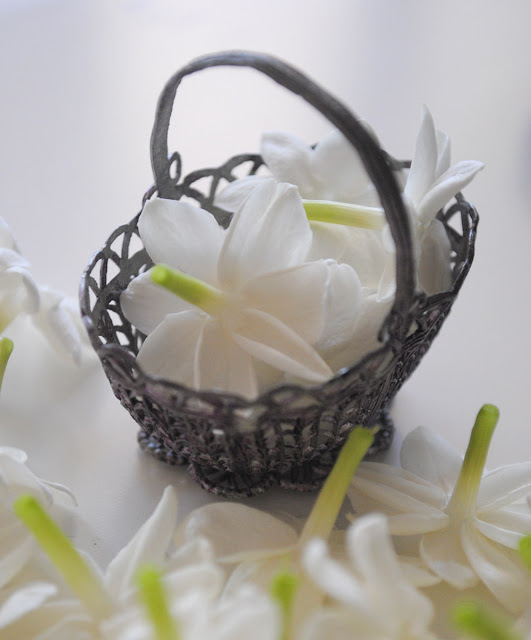 Jasmin sambac: Strong fresh, green, fruity and herbaceous notes compared to the others with an air of mystery. The essence contains some animalic and indole notes not present in the fresh flowers. It is available to us as an absolute from India and a c02 extract from China.

In aromatherapy Jasmine is an aphrodisiac used in wedding and sensual blends. The essence is also used extensively for the reproductive system. The attributes are: calming, restorative and uplifting with It's elemental is water and relates to the planet Venus and the Moon. According to Celtic herbal lore jasmine is one of the herbs of Méan Earraigh (Spring Equinox) attracts wealth, used for prophetic dreams and in love spells.


COLD ENFLEURAGE and a TINCTURE 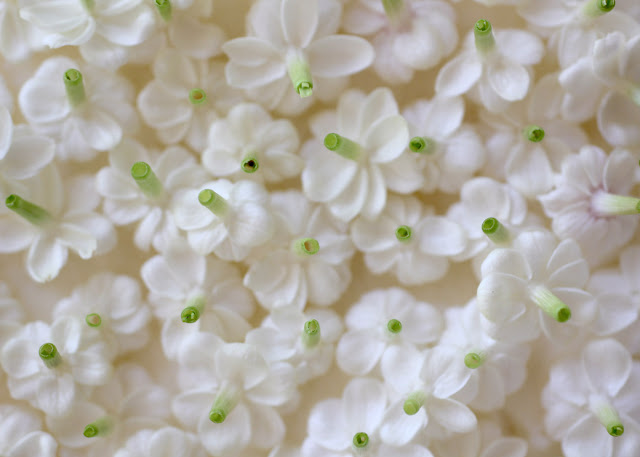 Since my plants started blooming a week ago I have started making a pomade or a cold enfleurage with them which I intend to use in body butters. Each morning, as a daily meditation, I gather the small flowers from the plants and place them into a dish of mango butter to infuse the aroma. The next morning I remove the spent flowers from the previous day and add new ones. I repeat this process until I feel the butter has absorbed enough of the aroma. This process is the same one used to infuse green tea with the aroma and flavor to produce jasmine tea. When the flowers are spent they turn pink, I gently remove them and place them into a ritual dish with the intention of attracting wealth and spiritual love. 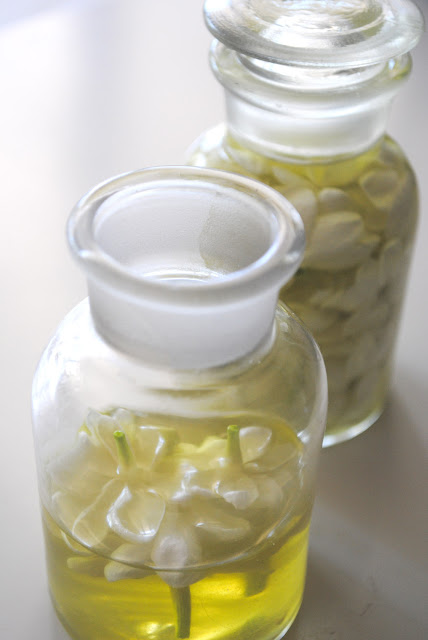 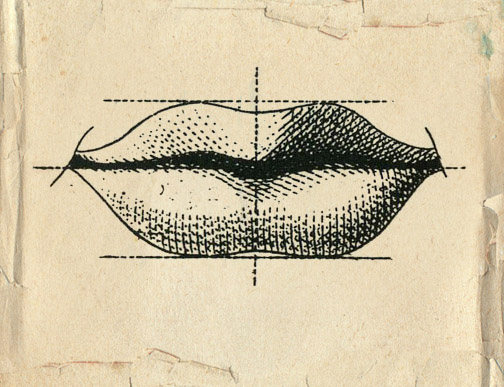 Find the complete archive of Perfume Illuminated posts at this link. More posts relating to Jasmine include:
Queen of the Night
The Cimbalom Moon
The Melody of Sambac
Jasmine Haze
Narcotic and Enchanting


IMAGES: Jasmine sambac blossoms from my garden and in the cold enfleurage process.  The image of the Nose and Mouth are old engravings that I have cleaned up and modified.
Posted by Illuminated Perfume at 2:58 PM