Spring has sprung with a plethora of films, including many within the sci-fi fantasy genre. Topping my personal must see in the theater list is Star Trek, which I had the pleasure of experiencing on Sunday evening. I'm not a Trekky, although I did watch the series with my brother as a child. I am a huge fan of J.J. Abrams and consider him a modern day bard, giving us some of the most compelling stories in our time.

Gene Roddenberry, the creator of Star Trek, intended that the show to be called Wagon Train to the Stars. His intention was to express his more a progressive political agenda with a strong emphasis on morality in the characters. 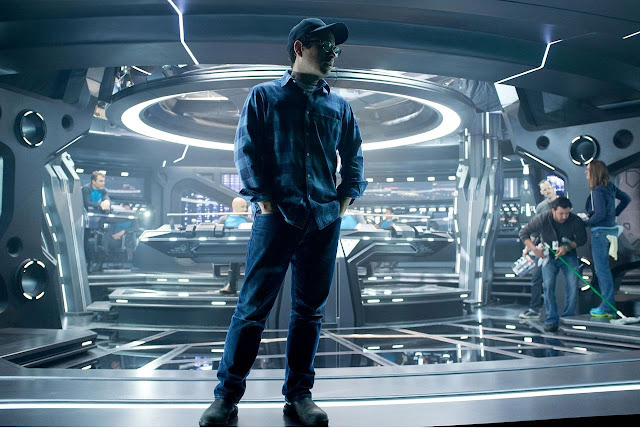 Paramount decided to hire writers Roberto Orci and Alex Kurtzman with J.J. Abrams as producer for the latest reincarnation of Star Trek. An excellent choice by Paramount, proving that occasionally movie studios can indeed make good choices, although it seems to be rare in this world remakes rather than boldly go where no man has gone before. 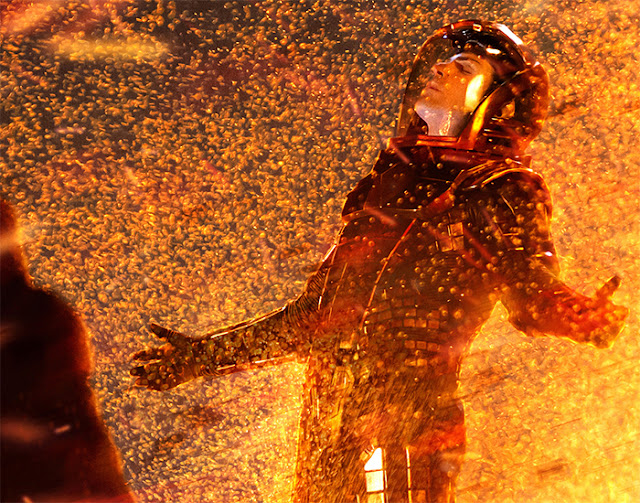 Star Trek Into Darkness is spectacular on all fronts, the story, visuals and acting all get an A+. It's a thrill ride from start to finish, leaving the viewer completely satiated in film splendor. If you are from Los Angeles you'll get an extra treat when you get to see our very own Getty Center featured as the Earth-stationed Starfleet headquarters. 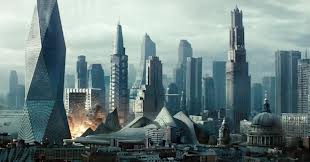 I was surprised not to see our friend Stephan Martiniere on the pre-viz team since the city vistas look just like his art.

Enjoy, as you can tell I did and will probably do so again very soon.
Posted by Illuminated Perfume at 11:30 PM