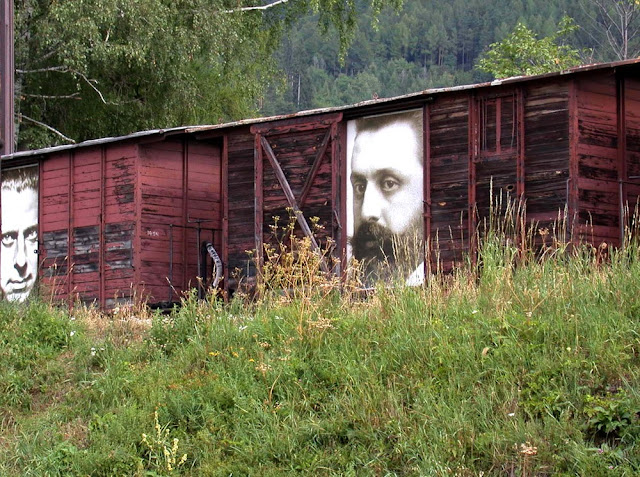 Ten years ago, in August of 2003, Greg and I embarked on a journey to a small village in the Austrian Alps called Reichenau for a Visionary Artist workshop. Our mission was to learn a secret and ancient painting technique called Mishe that had been resurrected by the contemporary visionary painter Ernst Fuchs. 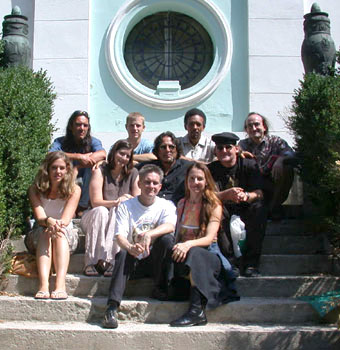 The process is laborious involving extensive preparation of the board, a detailed egg tempera painting with meticulous layers of oil glazes. The origins of the mixed (mishe) media method is attributed to the Flemish brothers Jan and Hubert van Eyck.

As we learned and practiced the process we also traveled into Vienna for museum tours and saw slide presentations. During this period I was working as an illustrator, practicing and teaching aromatherapy and learning how to create natural perfumes. During 14th and 15th there were guilds of painters, perfumers and alchemists. At this workshop in Austria I became aware of the sacred triad that existed between art, perfumery and alchemy. The unifying component within this triad is the prima materia which is completely botanical in nature. The supplies which the individuals in each of these guilds used was plant matter. Traveling back in time we see that the origins of Alchemy as we know it in the west come from Egypt, one of the core homelands of perfume. 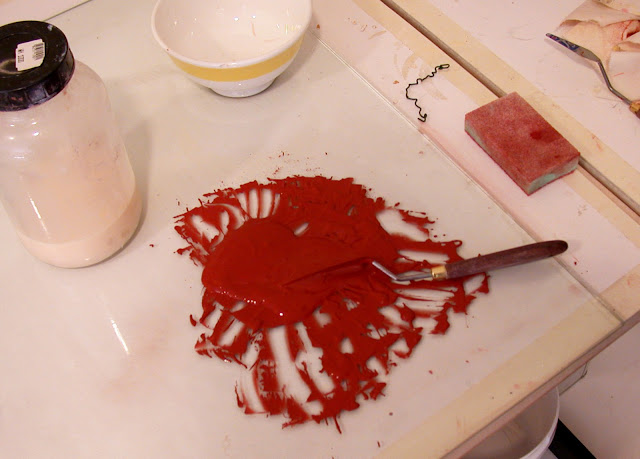 While mixing the different preparations for the mische technique I was reminded of the meticulous processes one employs to create botanical perfume; the grinding, the mixing, the mindful addition of prepared materials at specific temperatures. I had a pivotal moment of knowing when I realized the connection between the artists, perfumes and alchemists of ancient times and the current visionary/fantastical art movement. When technical skills are mastered and then coupled with imagination a great work of art can transcend the ordinary.

I feel deeply connected to the lineage of visionary artists, much more so than modern day perfumers. Although I work in a medium that was not employed nor included by this tribe, I see my botanical perfumes as an evolutionary modality within the genre. 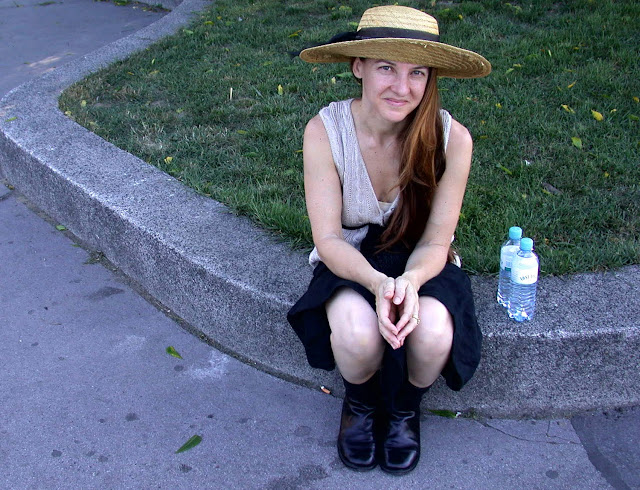 Photos: Opening image is of some train cars within Reichenau. 2nd image was taken by a fellow student on the workshop named Jaqueline. We are sitting in front of the Ernst Fuchs Villa /Museum. 3rd image is the making of the imprimatura. 4th photo is me during a weekend visit to Vienna, I remember it being a very hot day. The French style, school girl hat I am wearing was found on the street.
Posted by Illuminated Perfume at 5:24 PM