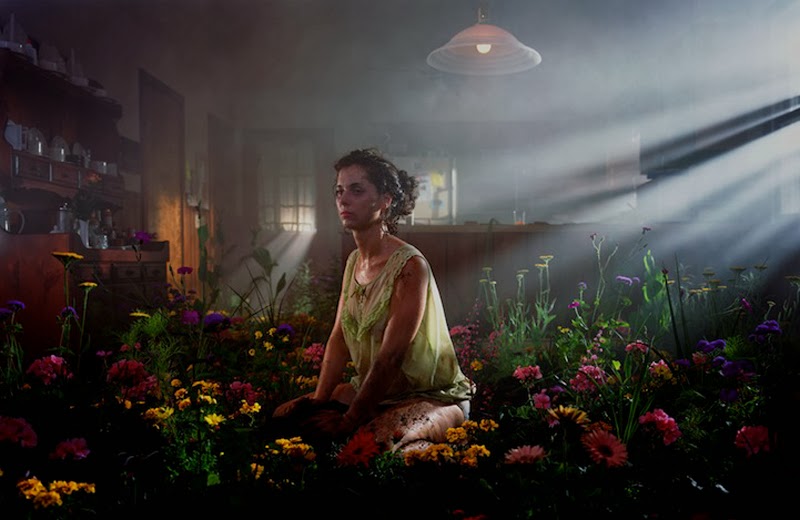 Glorious light, exquisite compositions and a heavy scoop of mood are some of the elemental building blocks that go into the narrative photos of Gregory Crewdson. When I was first introduced to theses elaborately, composed photo images Edward hooper came to mind instantly. 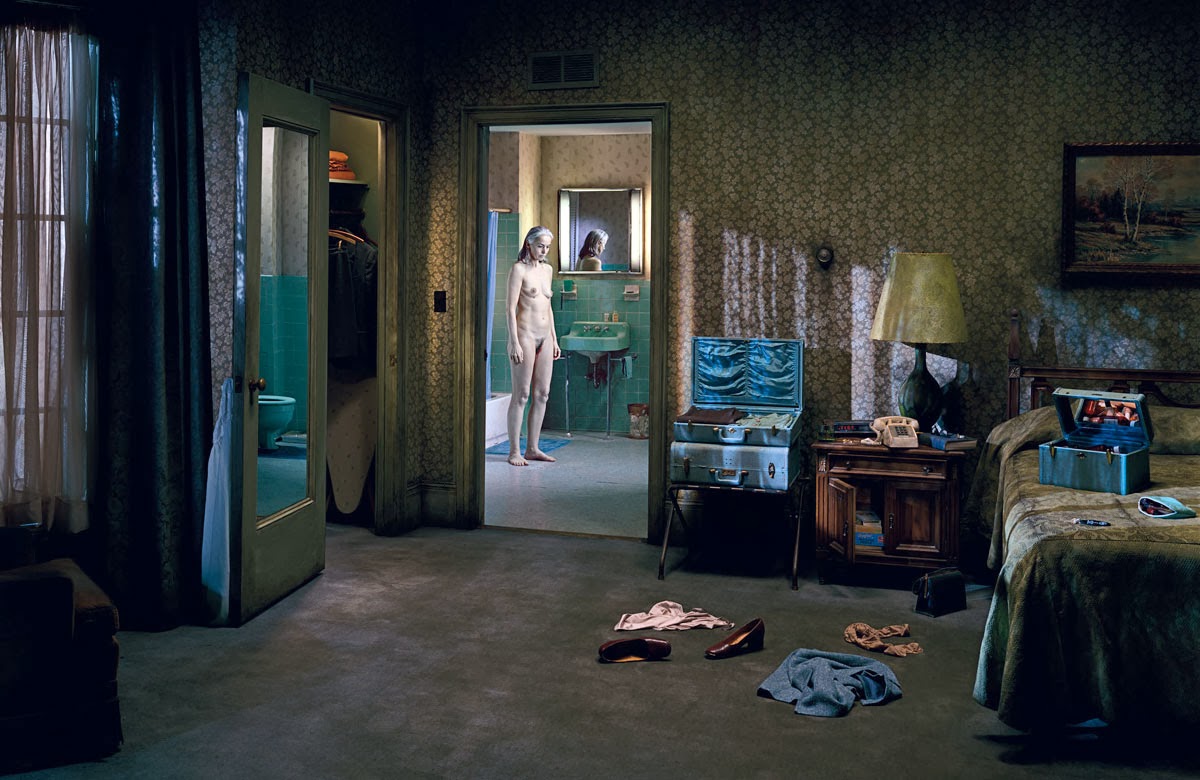 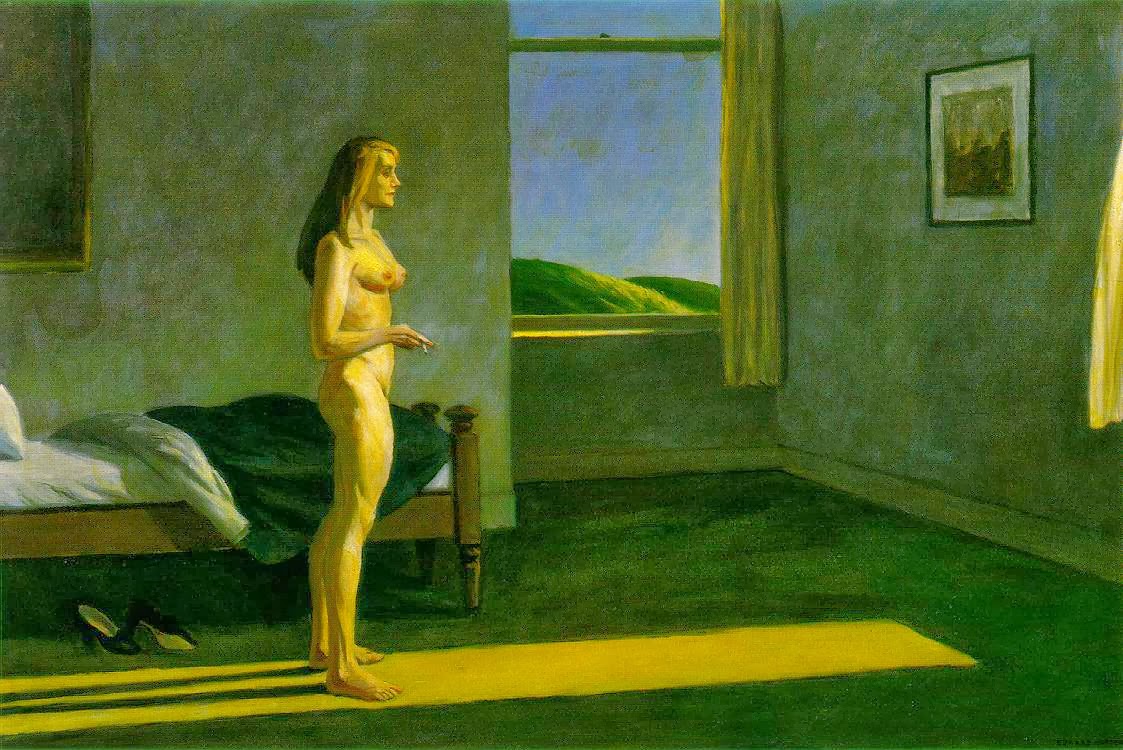 After watching the documentary, titled Gregory Crewdson: Brief Encounters, where I had the opportunity to experience the photographers work more intimately, a few other artists have come to mind. The focused and deliberate lighting of the imagery visionary and influential Matt Mahurin from the 1980's came to mind, although Gregory's work is much more saturated in color. I also feel like the photographs are akin to the shadow side of Norman Rockwell illustrations. 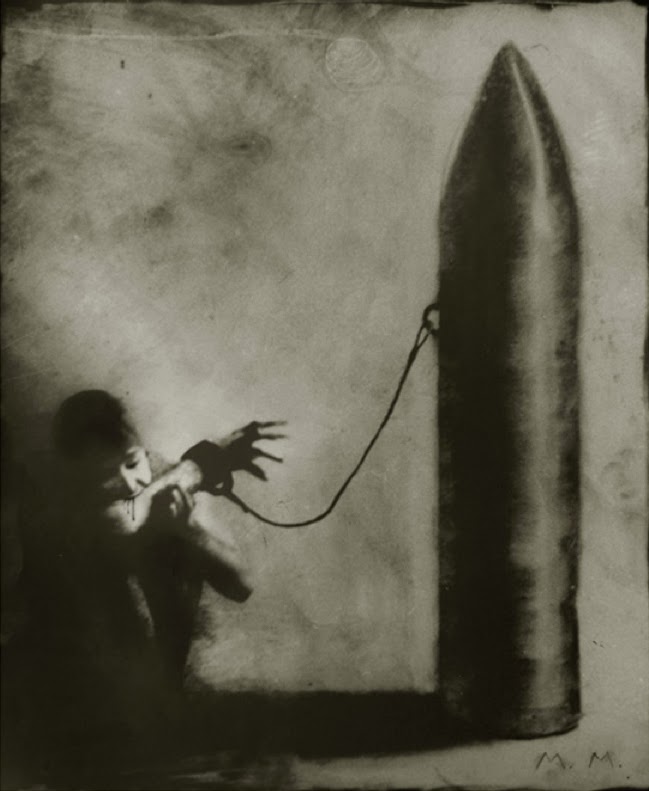 These meticulously constructed photos stand on their own and express so vividly the loneliness and solitude of existence in the modern computer tech world of the 21st century.

He works both on location, usually in Pittsfield at twilight and a sound stage building imagined realities which he may conjure while swimming.


Gregory appears very focused with a quiet, introspective melancholy about him in the documentary which is so clearly embodied in the characters he creates within his narratives. One of the fun, synchronistic parts of his background is that he was a musician early on before he became interested in photography. Here is a video of his band, The Speedies with their hit song "Let Me Take Your Photo", which aired on MTV in the late 70's / early 80's. Very glam rock. 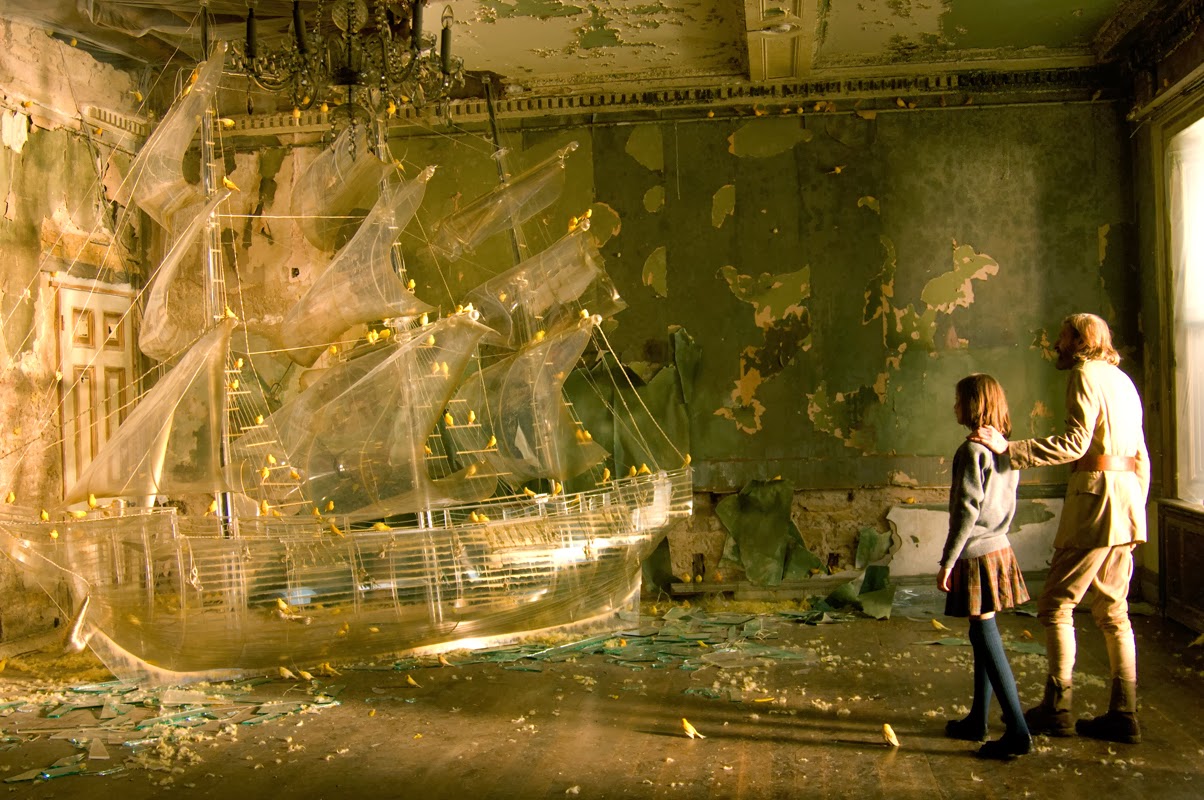 Gregory Crewdson and Timothy Walker are part of tribe of photographers that focus on narratives set in theatrical, somewhat surreal imagery. Walker, famous for his work in fashion, has begun making films. The image above is from "The Lost Explorer" made in 2010 but does not seem to have been released. There is a Peter Greenaway quality to it.

Posted by Illuminated Perfume at 12:45 AM