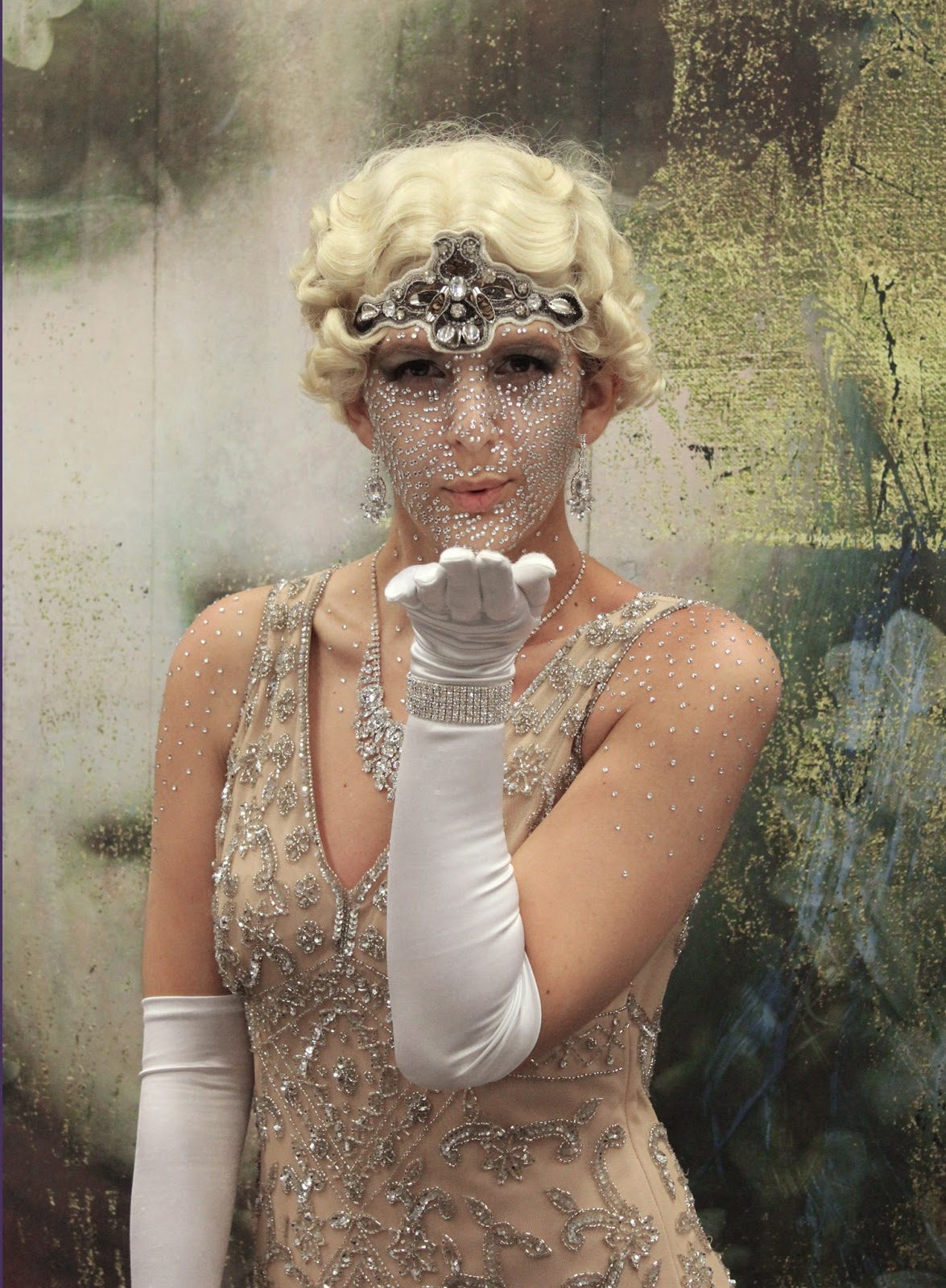 Once again, the largest gathering of popular art culture descended upon the city of San Diego, and once again I attended. The timing wasn't so good, considering the new space is underway and still needs quite a bit of work. However, Greg's art book would debut at the event and I felt very keen to support him. 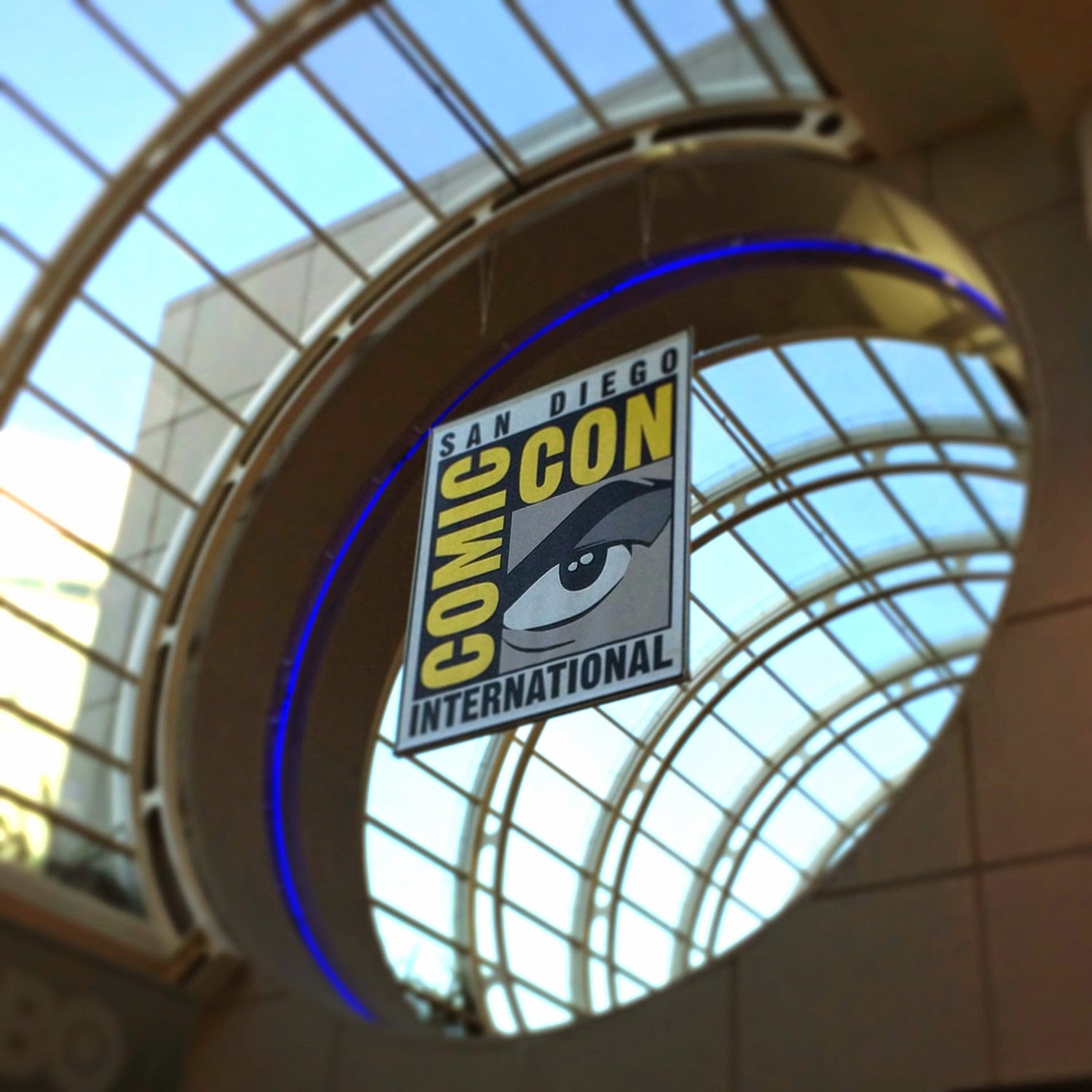 We drove down from our woodland to San Diego on Wednesday at noon. Our hotel, thanks to Titan, was the Marina Sheraton. A gorgeous, four star hotel with the most ghastly scent in the lobby that made me gag. To my nose it smelled of Oakmoss paired with Clary Sage and perhaps Ylang Ylang...but not in a good way. I couldn't quite figure out why the scent was so putrid. Greg said the aroma reminded him of rotting cleaning products. Whatever the fragrance was, I'm curious what the common folk thought of it. Luckily our room had no odor what-so-ever (a godsend!) with a beautiful view of the pool from our sliding glass window/door (a second godsend). We were only at the hotel to get a bit of sleep, so I can't see I was able to experience the luxury of it much. 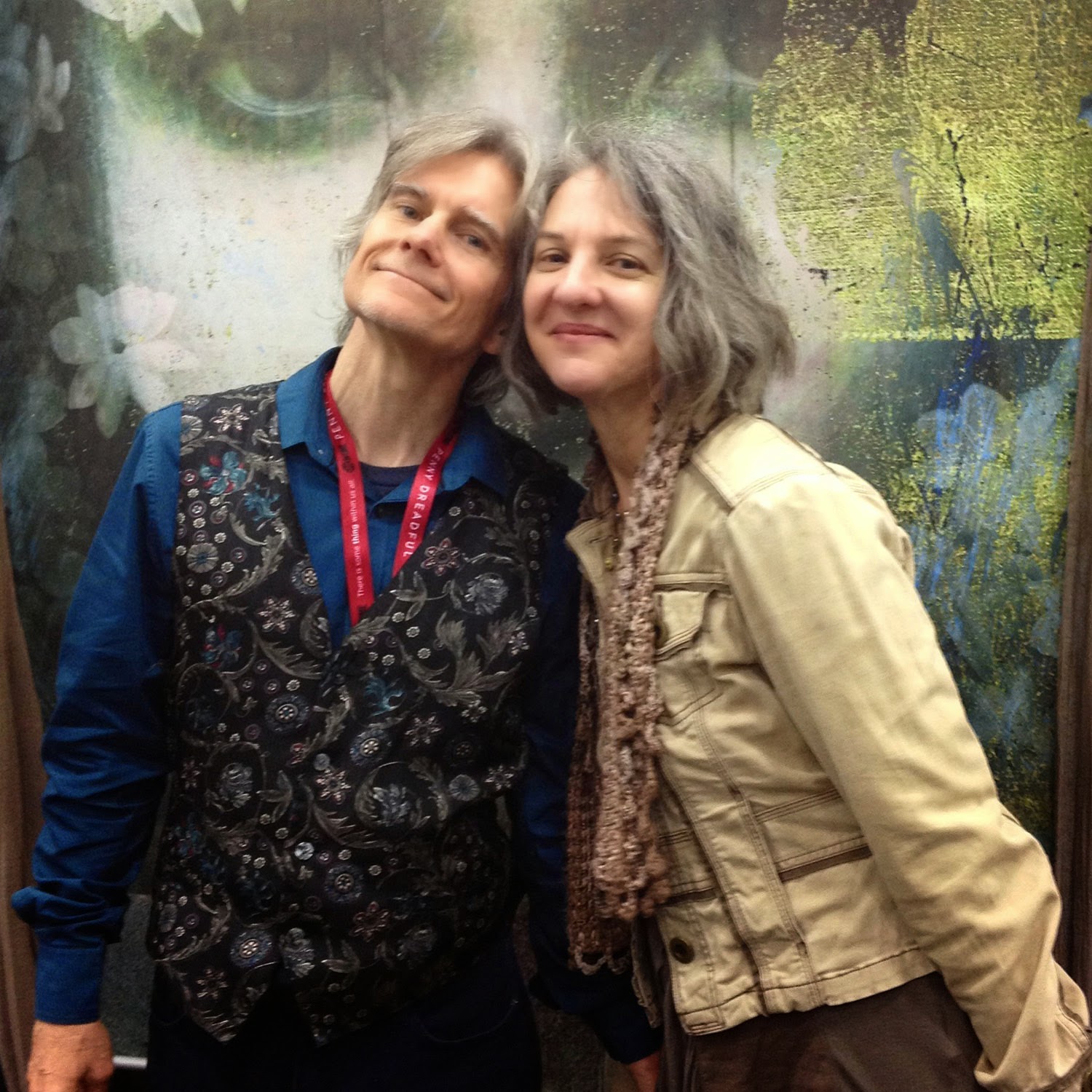 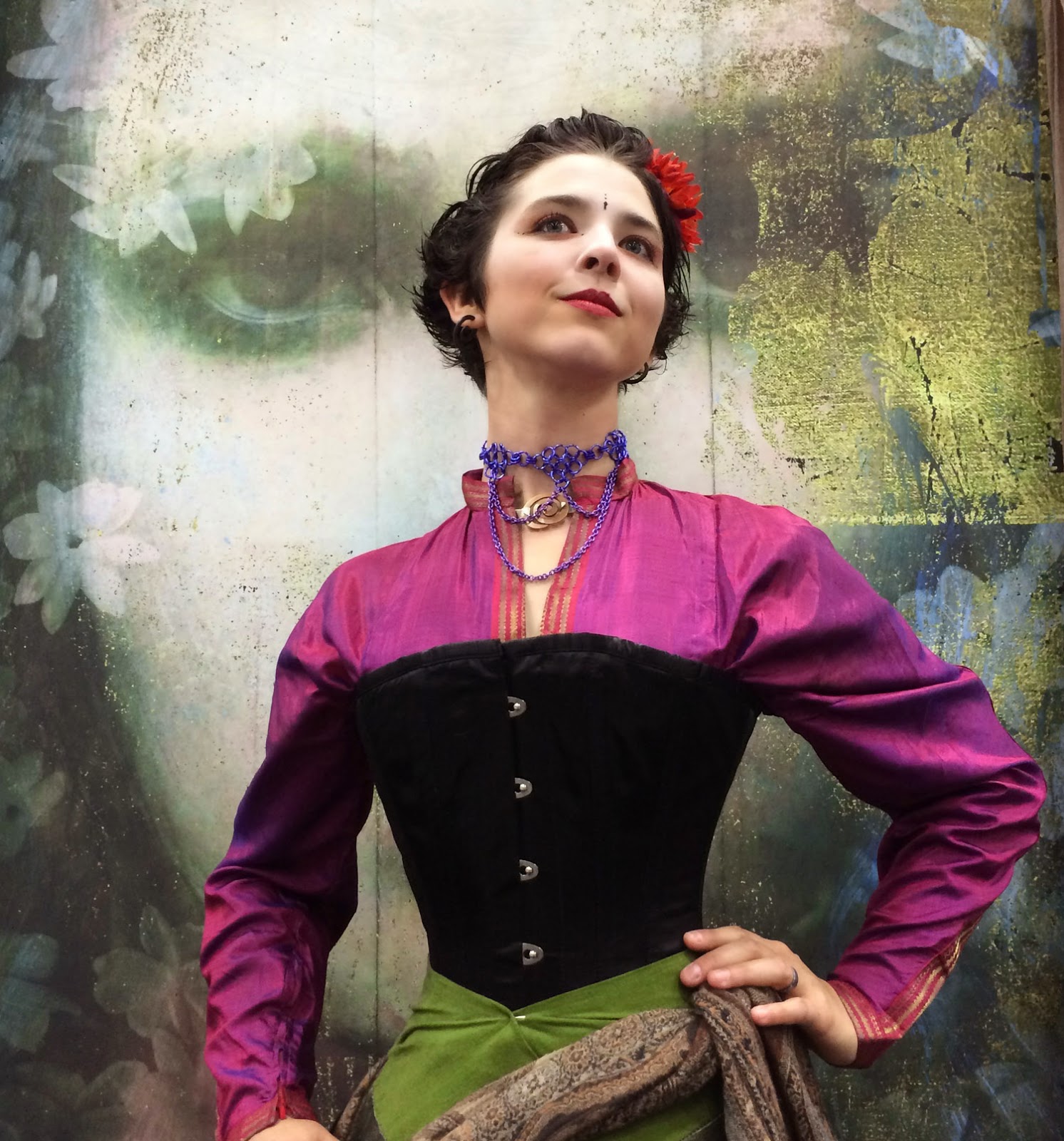 I don't have any new insights compared to last years post, thus I will just show you a bunch of the photos. The banner of Chiaroscuro Gold at Greg's table in Artist alley provided a great back drop to take photos and thus was used by both of us. By the way, the banner is now up at my space in Agoura Hills, albeit we haven't hung it yet. 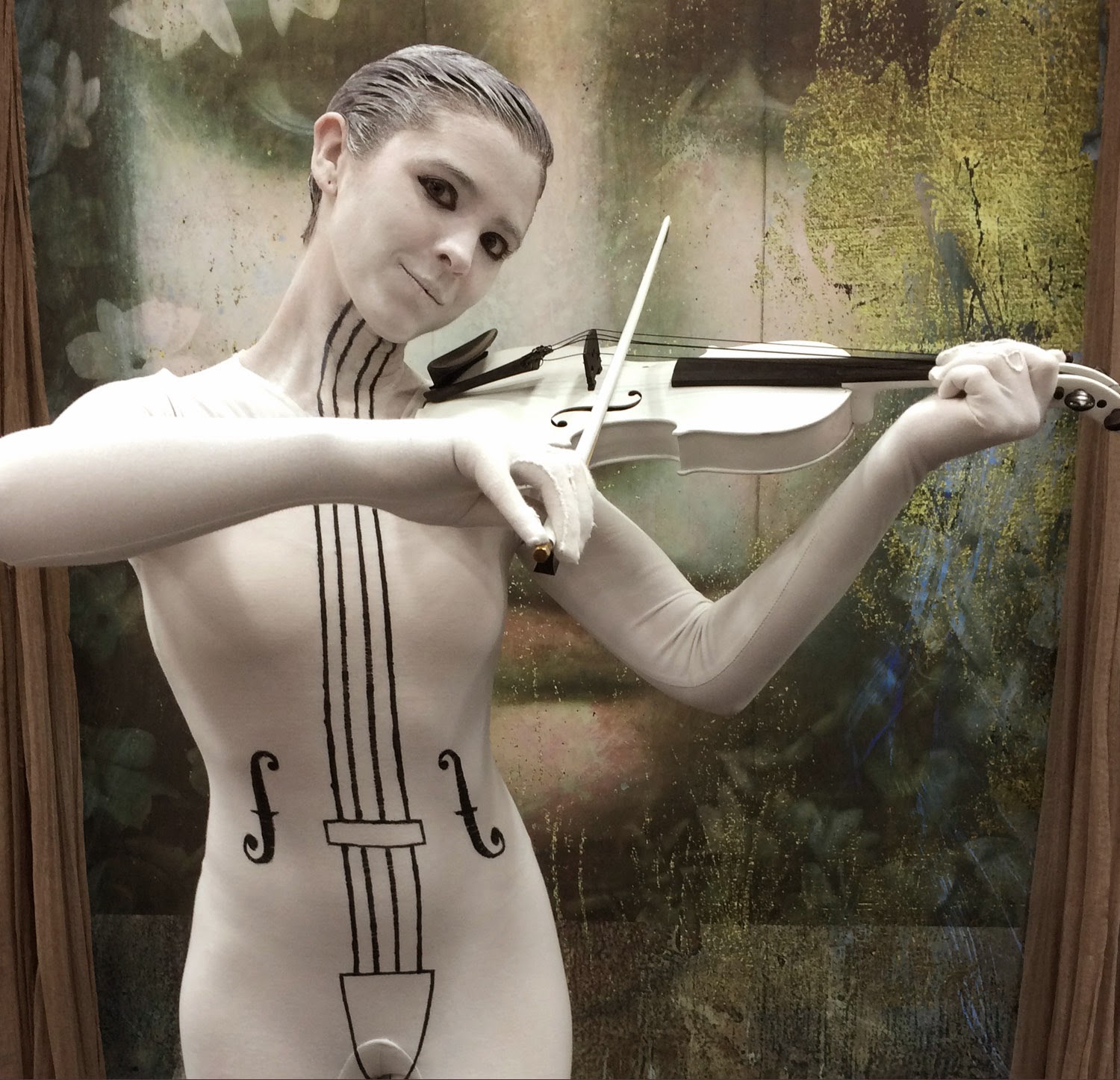 Pictured above as the White Violin and previously in Victorian garb is a young biology student who is local and we plan on doing some photo shoots with. Each day she appeared in a different costume. 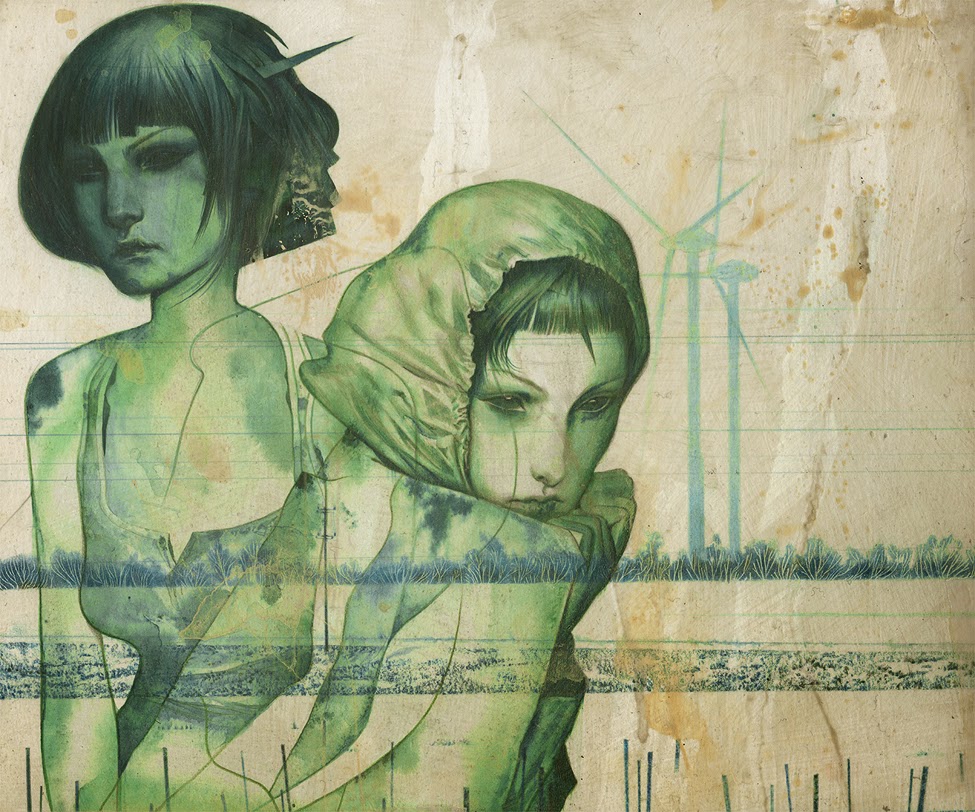 My favorite artist discovery at this years event is from Brazil, his name is Joao Ruas. The discovery was made at the Eidolon Fine Arts. Image pictured above is titled "Nymphs IV" (2011) Watercolor and acrylic on Fabriano Paper Framed 11 x 9.3" 28 x 24 cm. Joao has replaced the artist James Jean as illustrator of the comic Fables. Below is a sketchbook with various imagery by Joao that I was coveting. 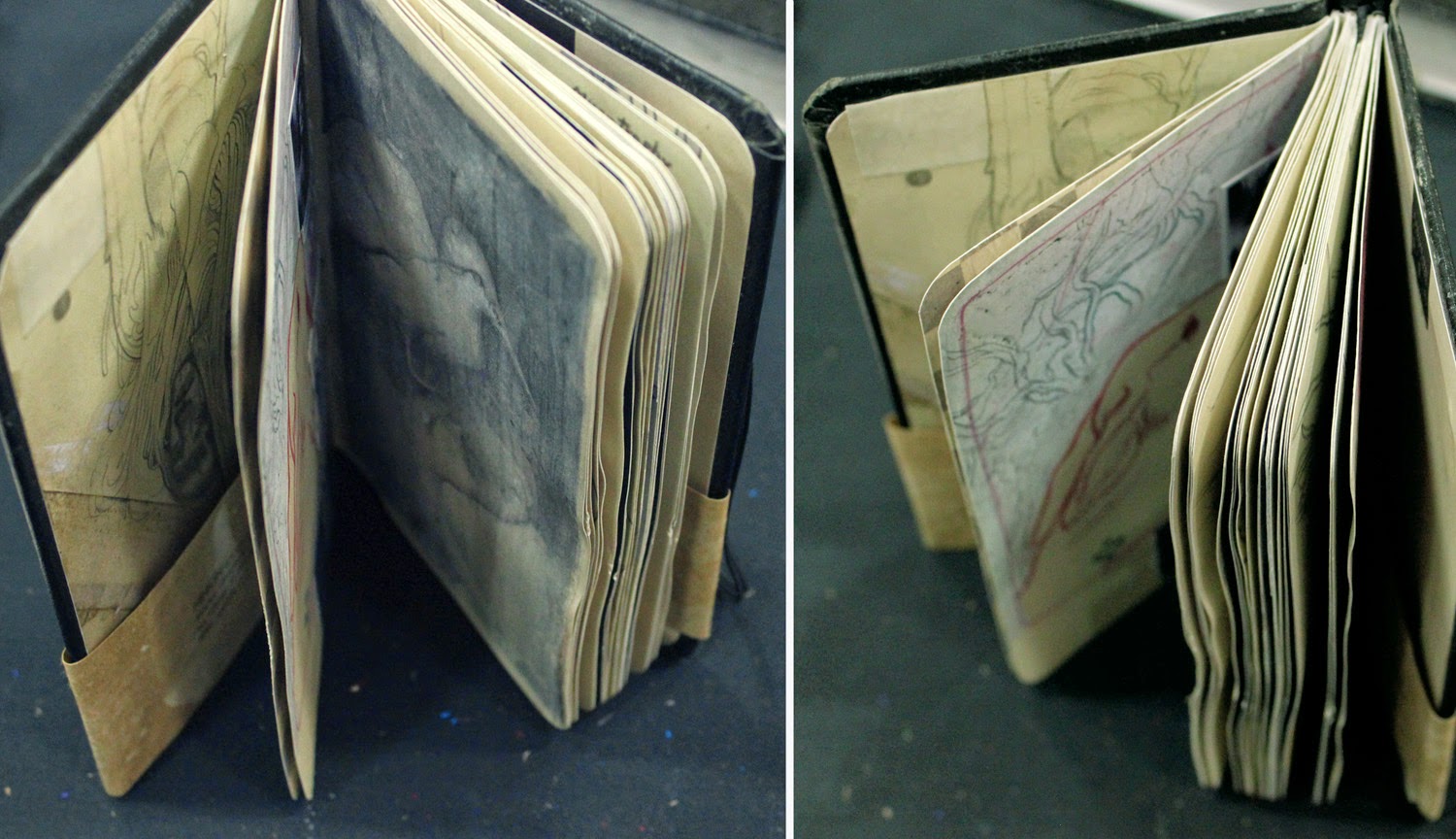 As mentioned last year, one of my most favorite aspects of this surreal event is seeing our friends who come from all parts of the world to exhibit their work, walk the aisles and or present upstairs in the hall. Below is a photo of the palette Barron Storey was using while stationed at the
Eidolon Fine Arts booth. 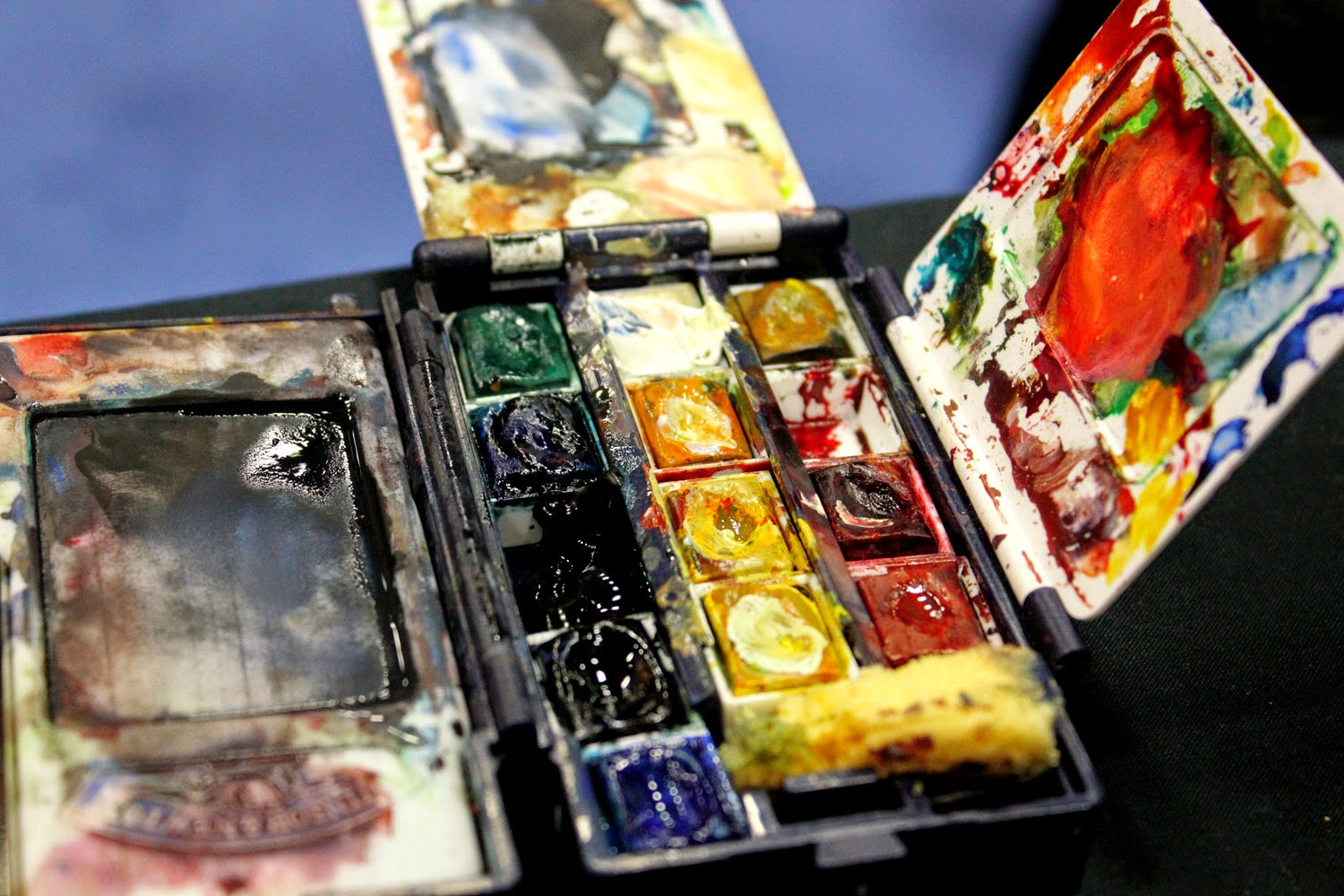 CosPlay, costume play, is major eye candy. I'm fascinated not only by the amount of time and creativity that goes into each costume but also with how these player will "strike a pose" for you and the camera. 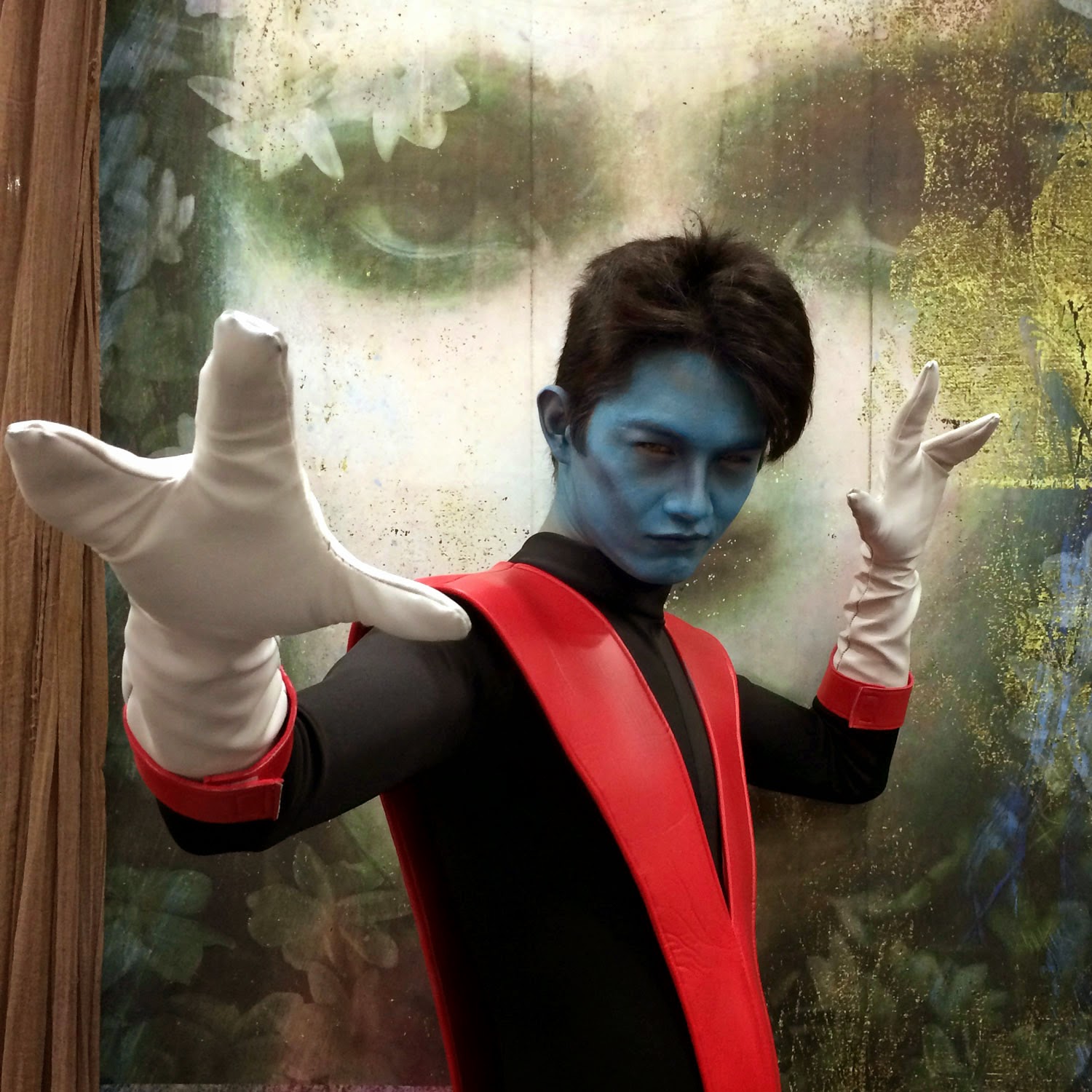 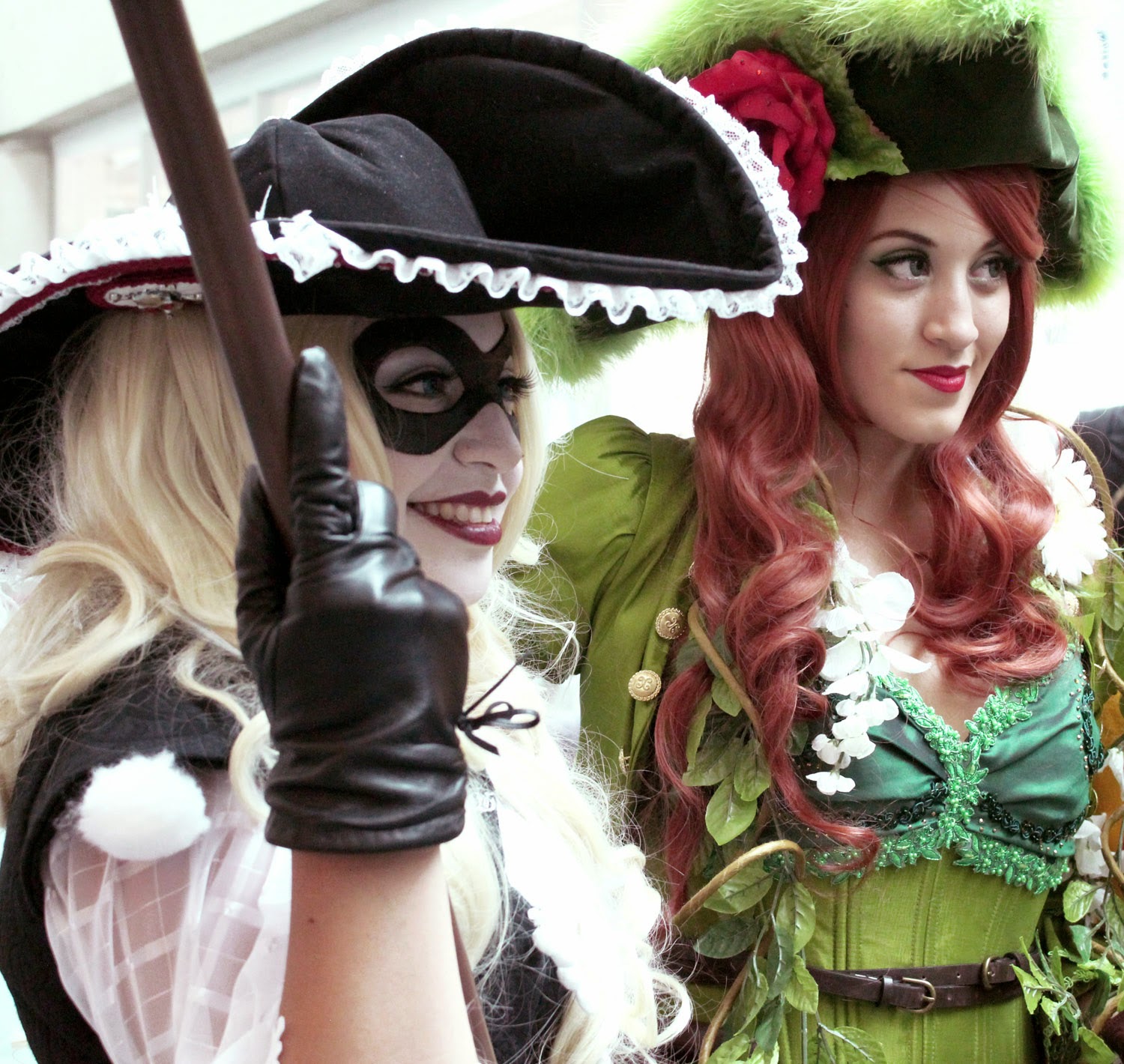 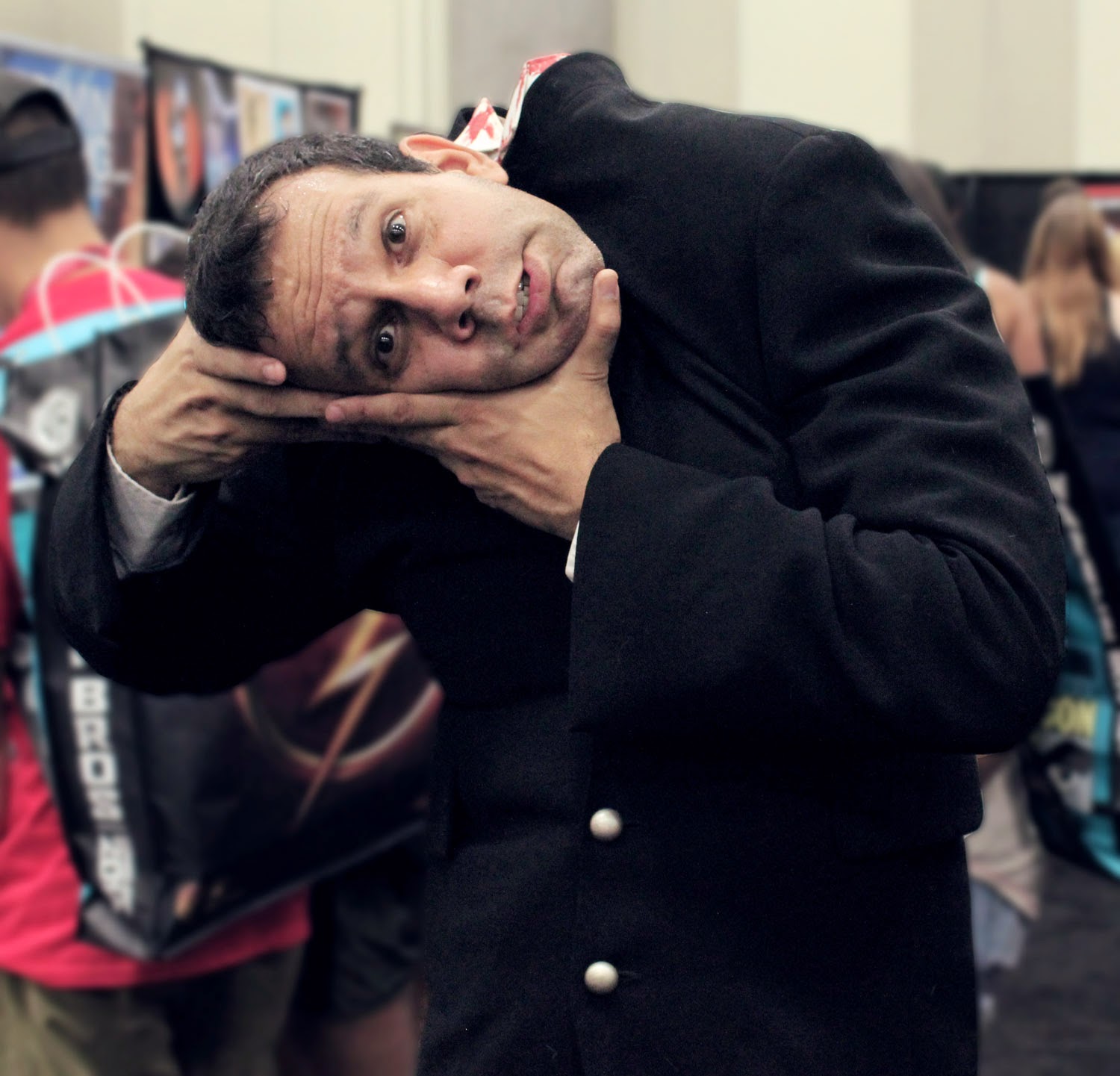 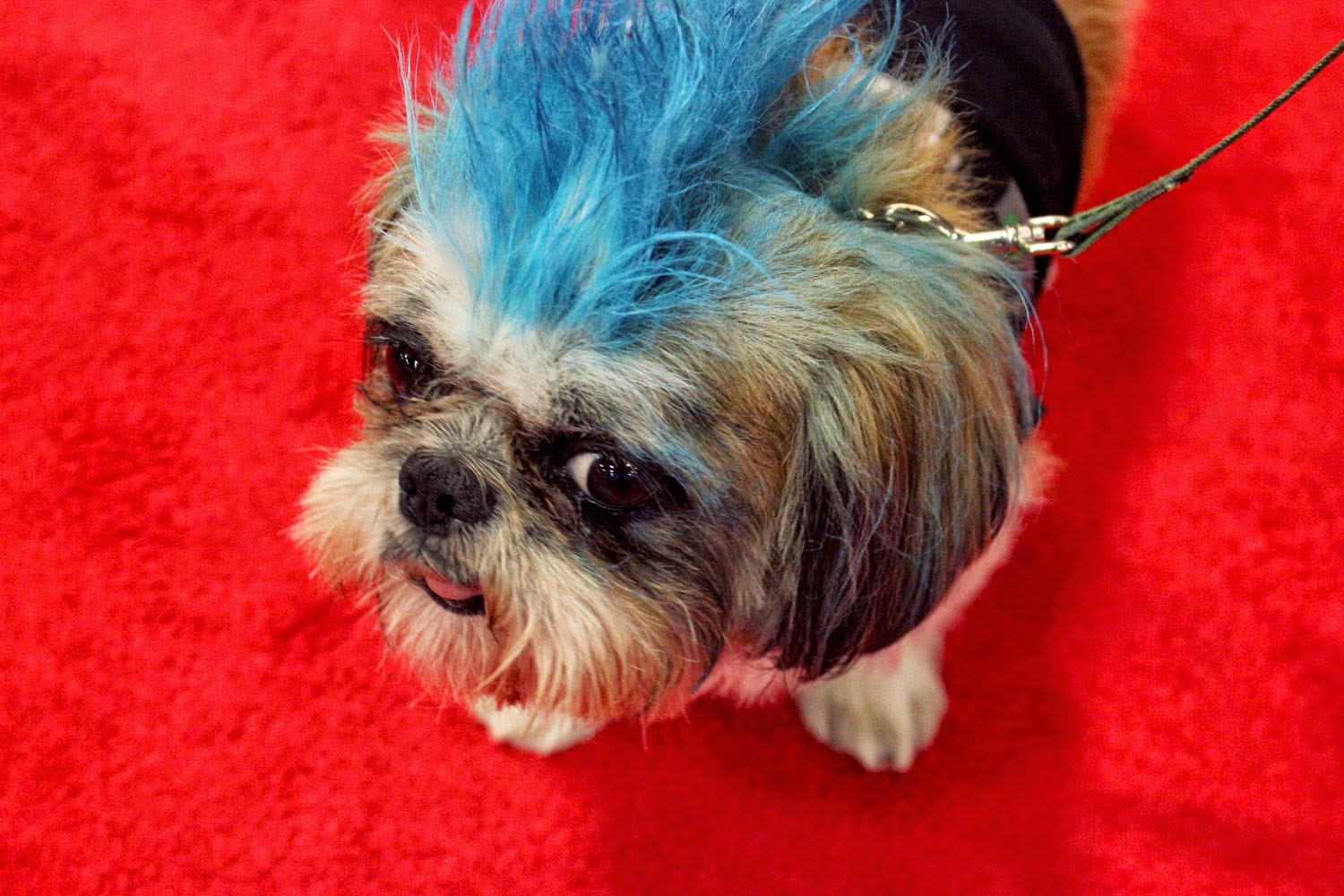 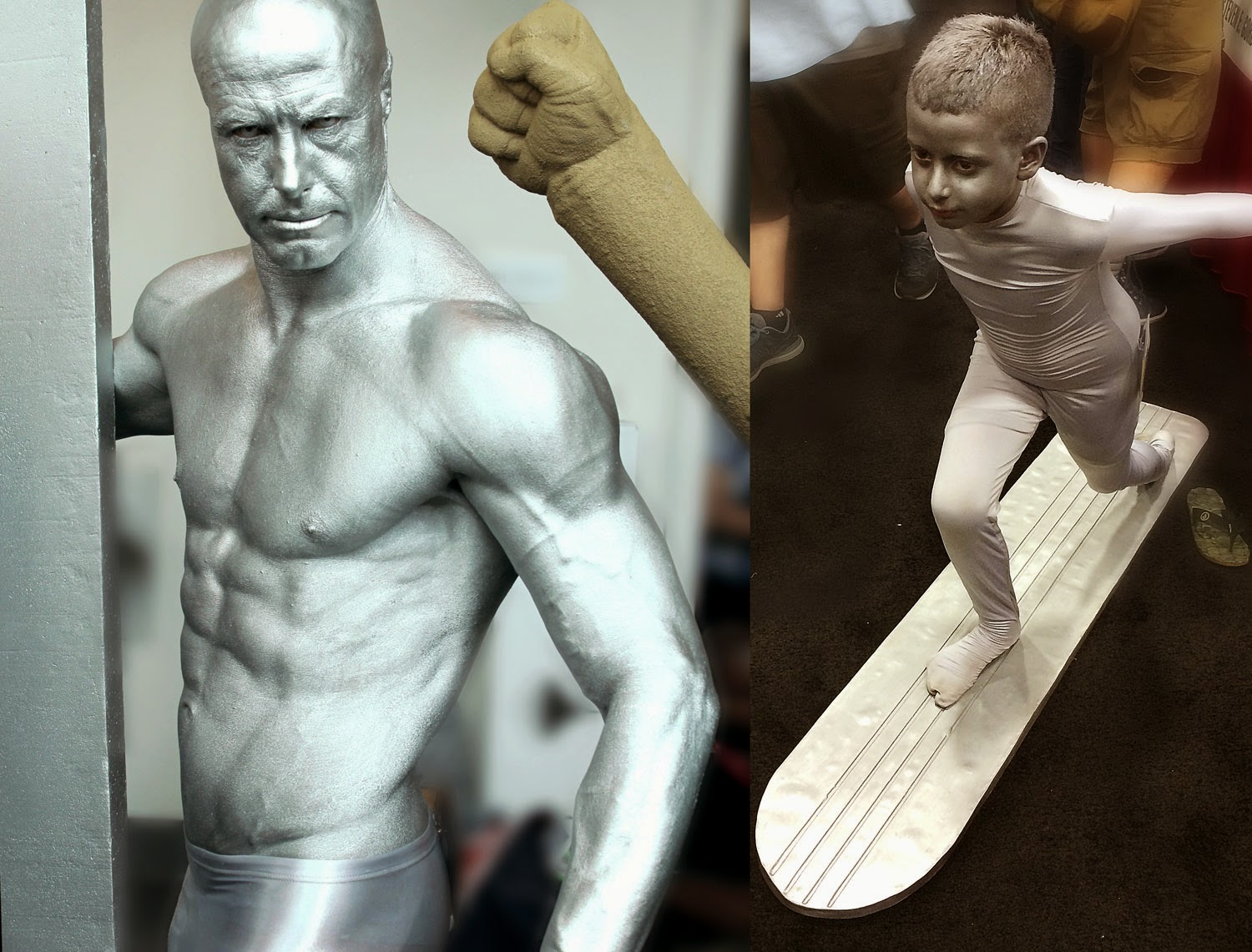 Since almost everyone at the gathering had some sort of camera, the ability to walk the aisles was often hindered by crowds all of a sudden stopping to take photos. Clearly the intention of the first Comic Con in 1970 is barely a flicker as the CosPlay and Entertainment aspects has become the primary attraction. 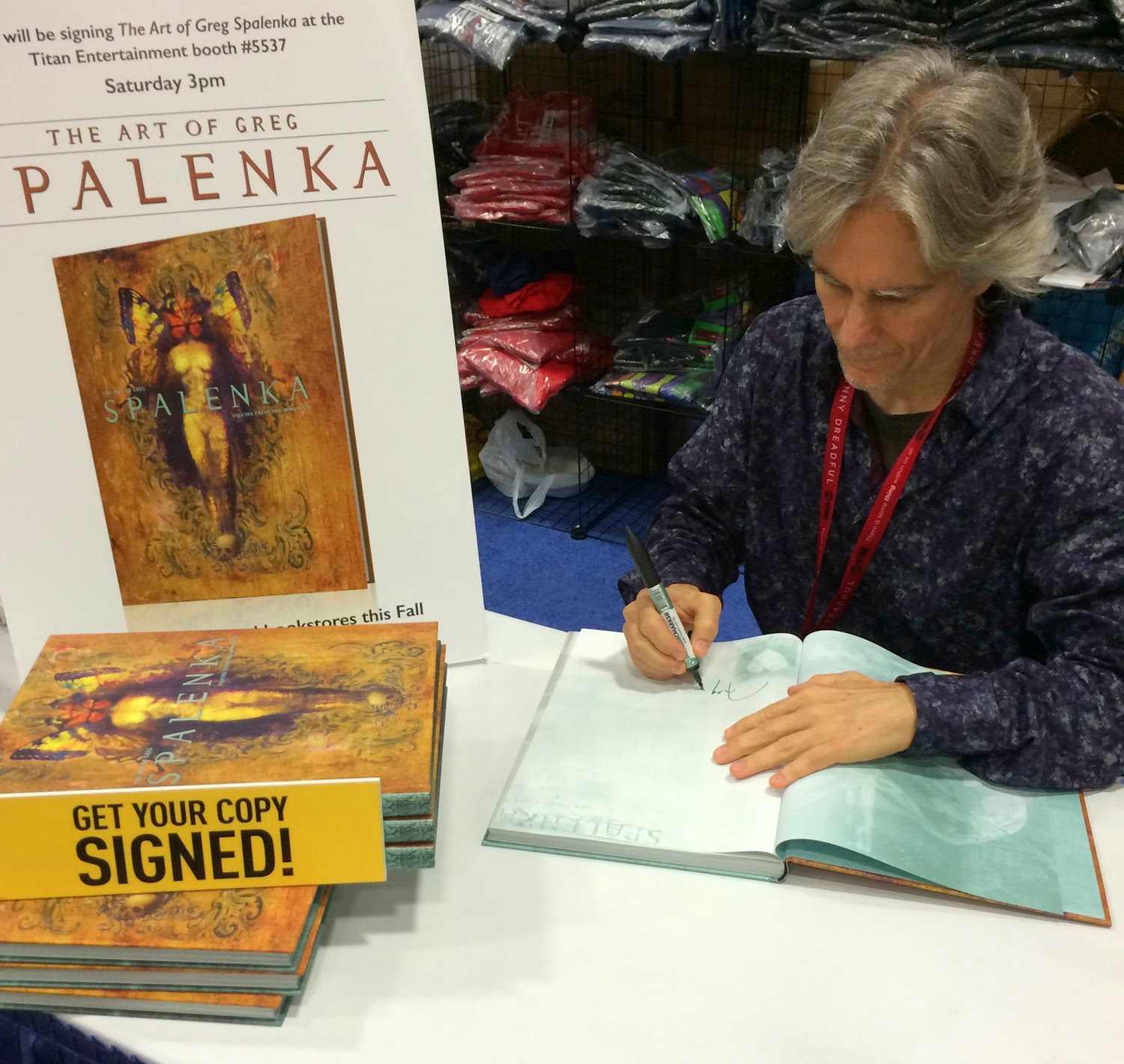 Gregs book was premiered at the show as a Comic Con "exclusive" since officially it won't be in book stores until the Fall. On Saturday afternoon Greg did a signing at the Titan Entertainment Booth. Besides the new book Greg was also there promoting Artist as Brand with another panel featuring Donato Giancola, Drew and Maria Brophy, Dee (Dawn) Schiller of OddFae and Daniel Davis of Steam Crow. Judging from the audience the biggest impact was how surfer Drew Brophy embodies his lifestyle as an artist brand. 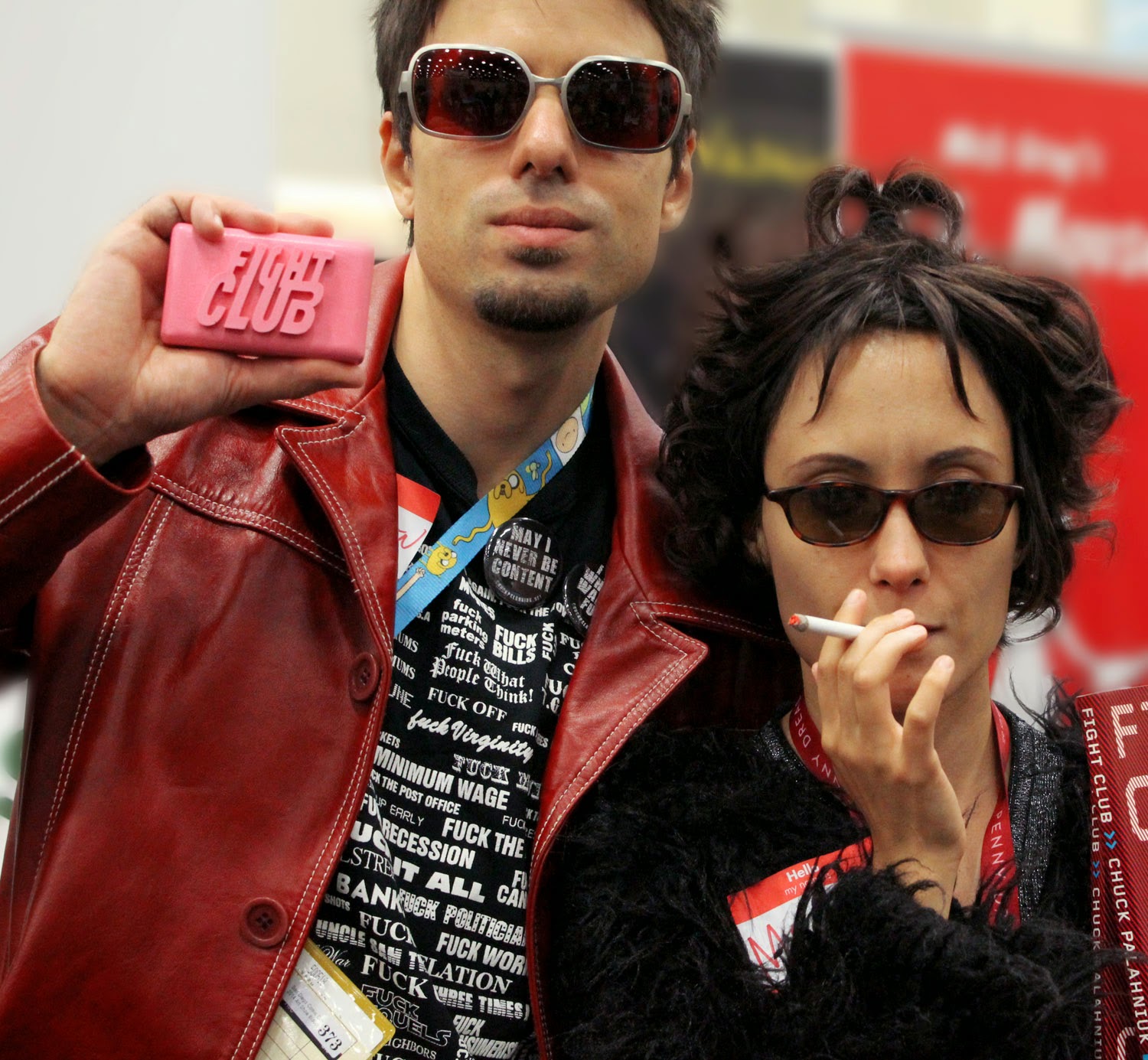 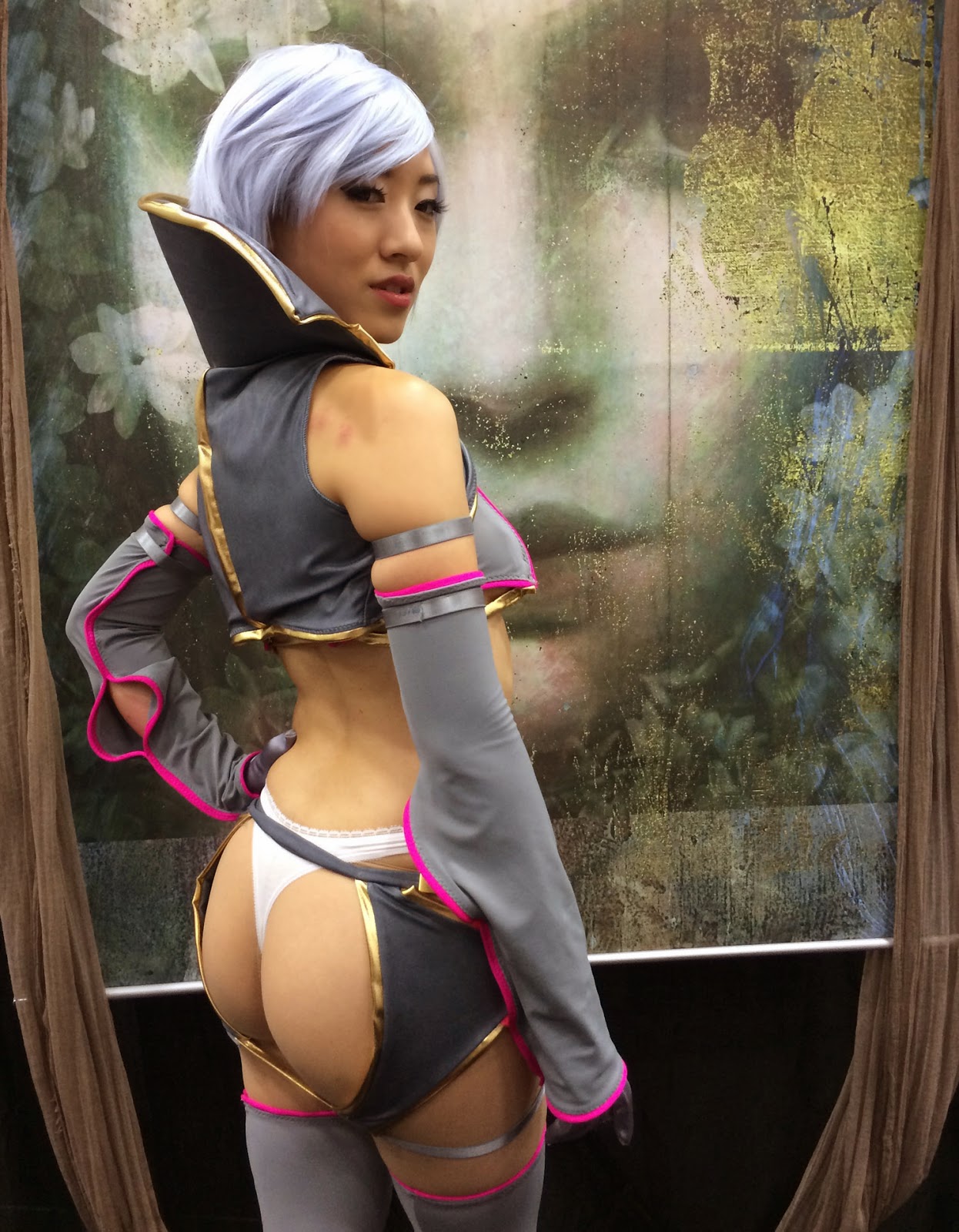 Here is the Sneaky Zebra Cosplay Video from this years gathering.