Night at the Sensorium: November 2014 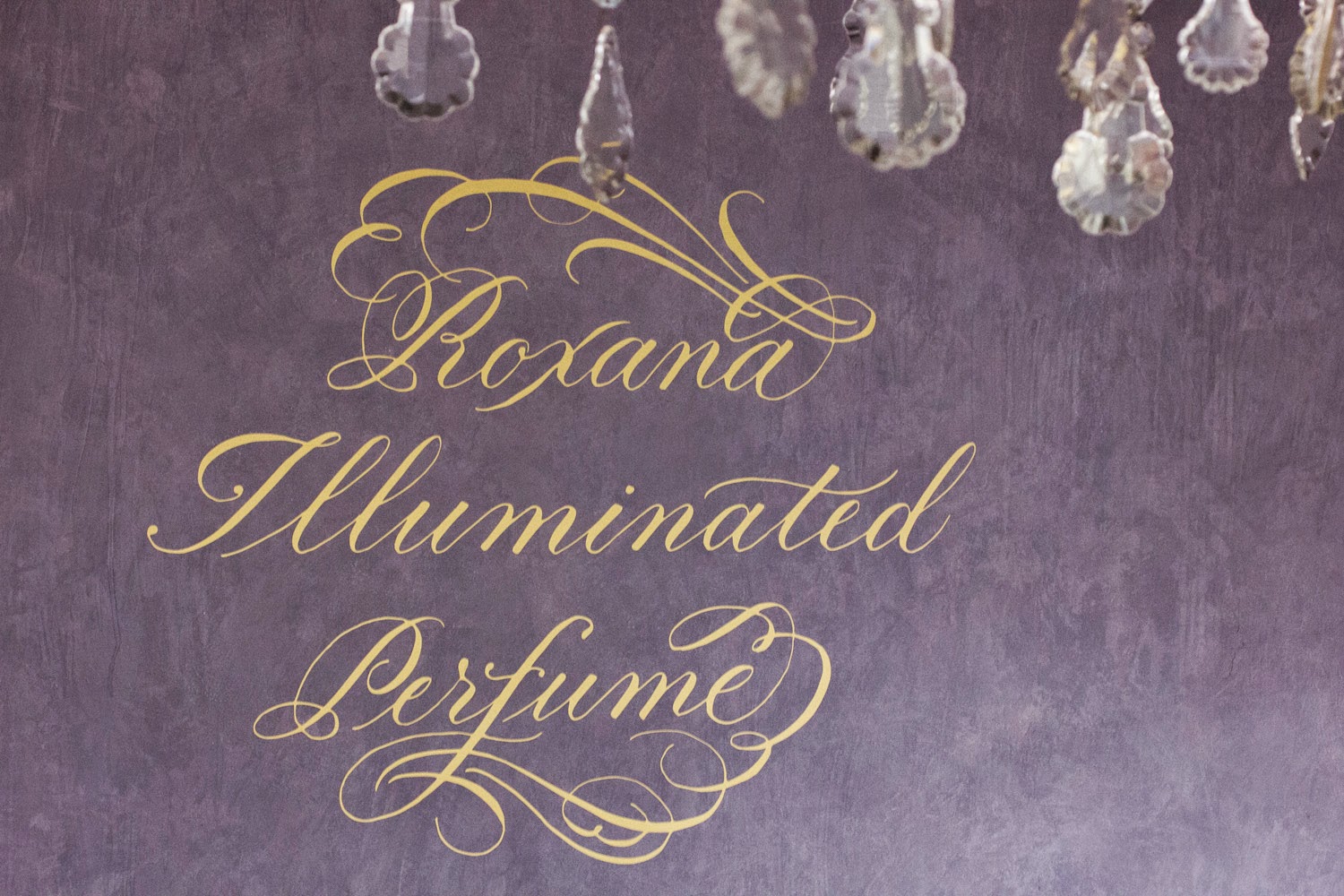 The open studio event at the perfumery was deemed Night at the Sensorium due to the abundant sensory delights happening all at one time. 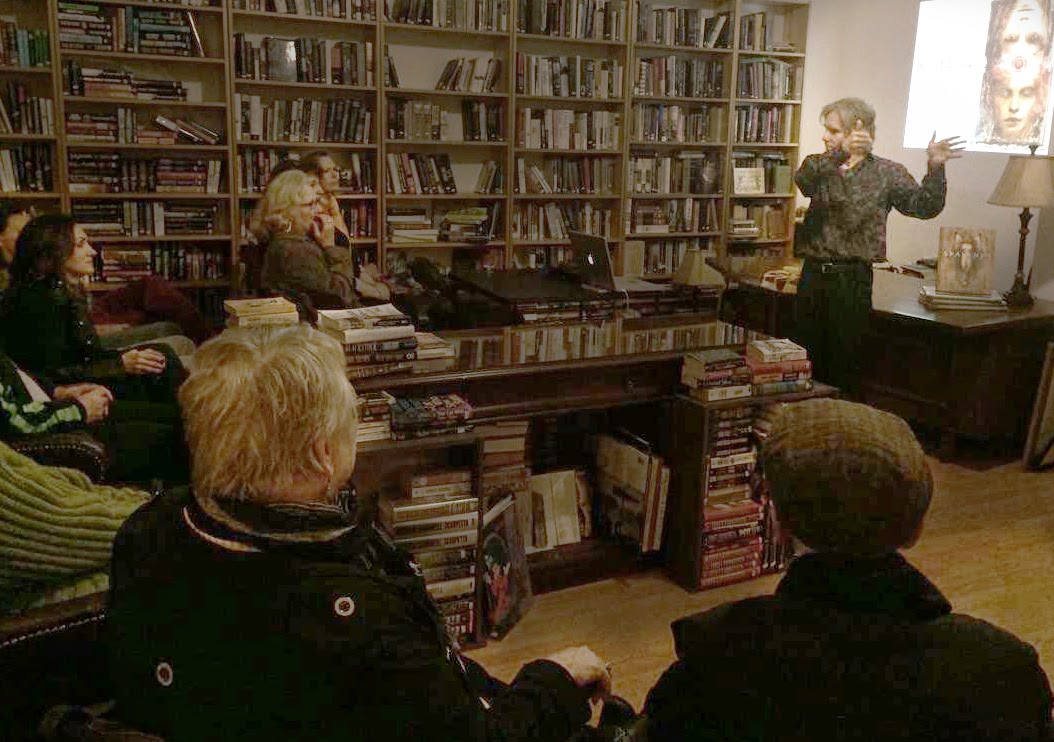 First on the tarmac was Greg's multi media presentation at Mitchells Books, just down the hall from me in the Atrium. He presented 30 years of his art career in 30 minutes with a multi-media presentation followed by a book signing. 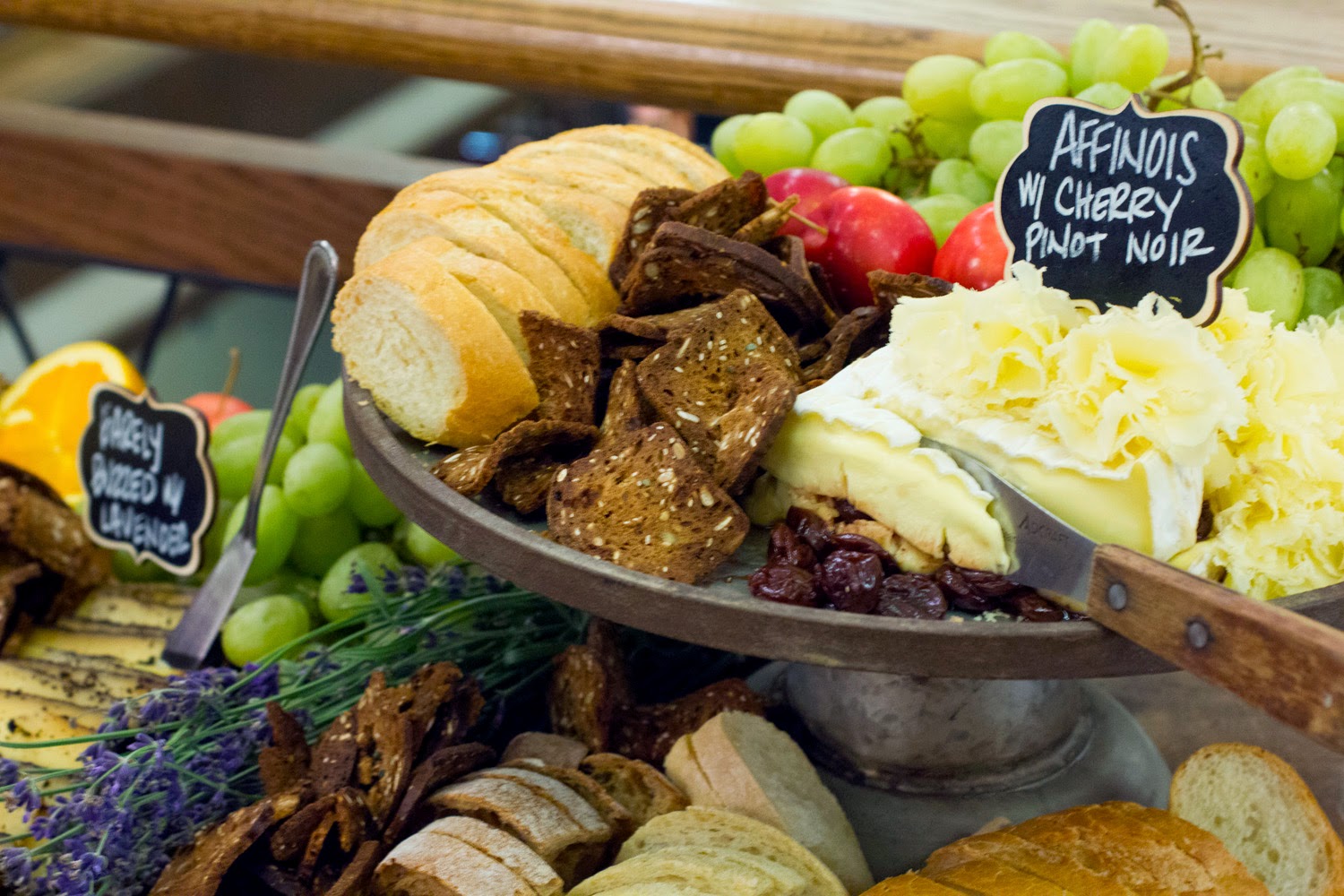 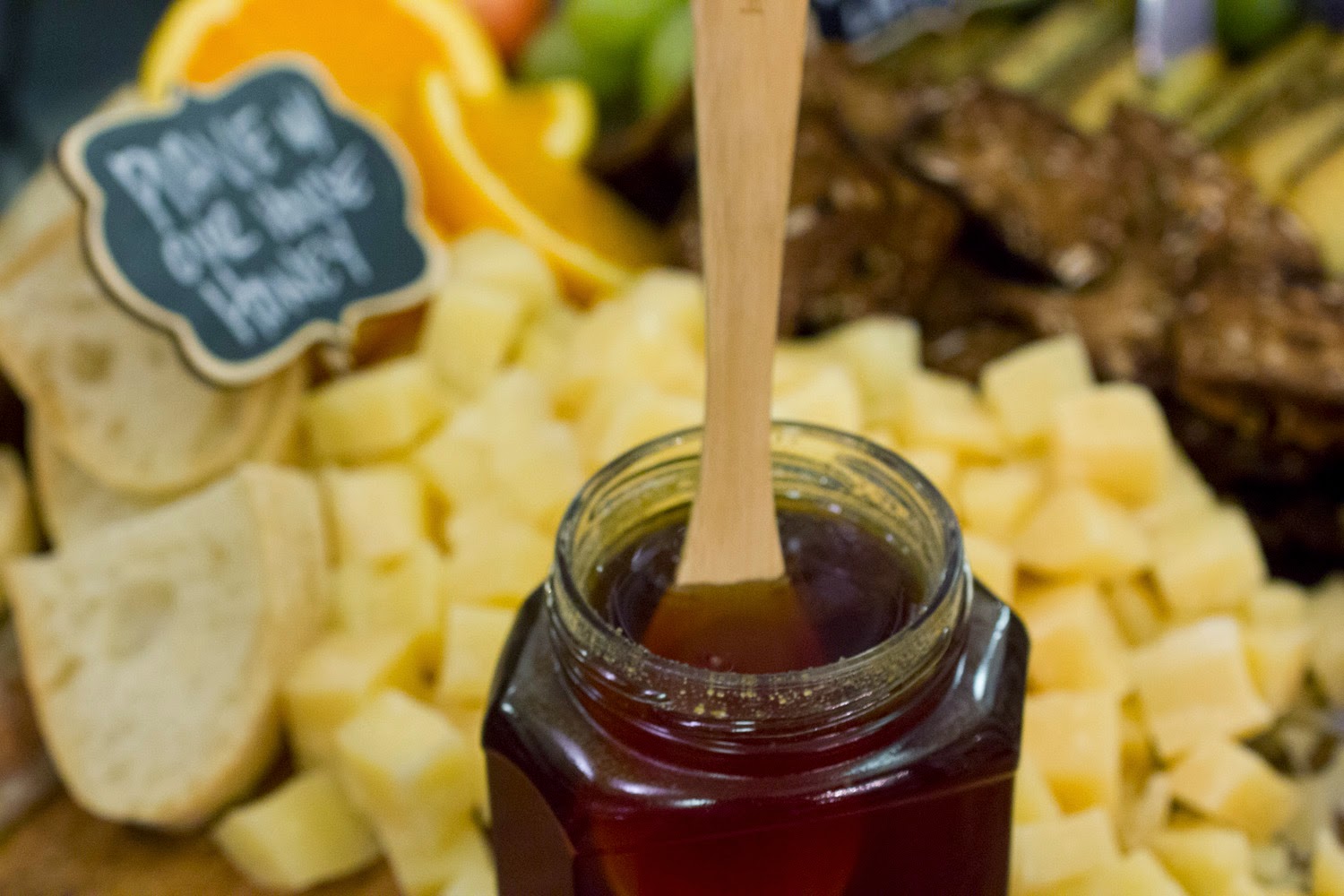 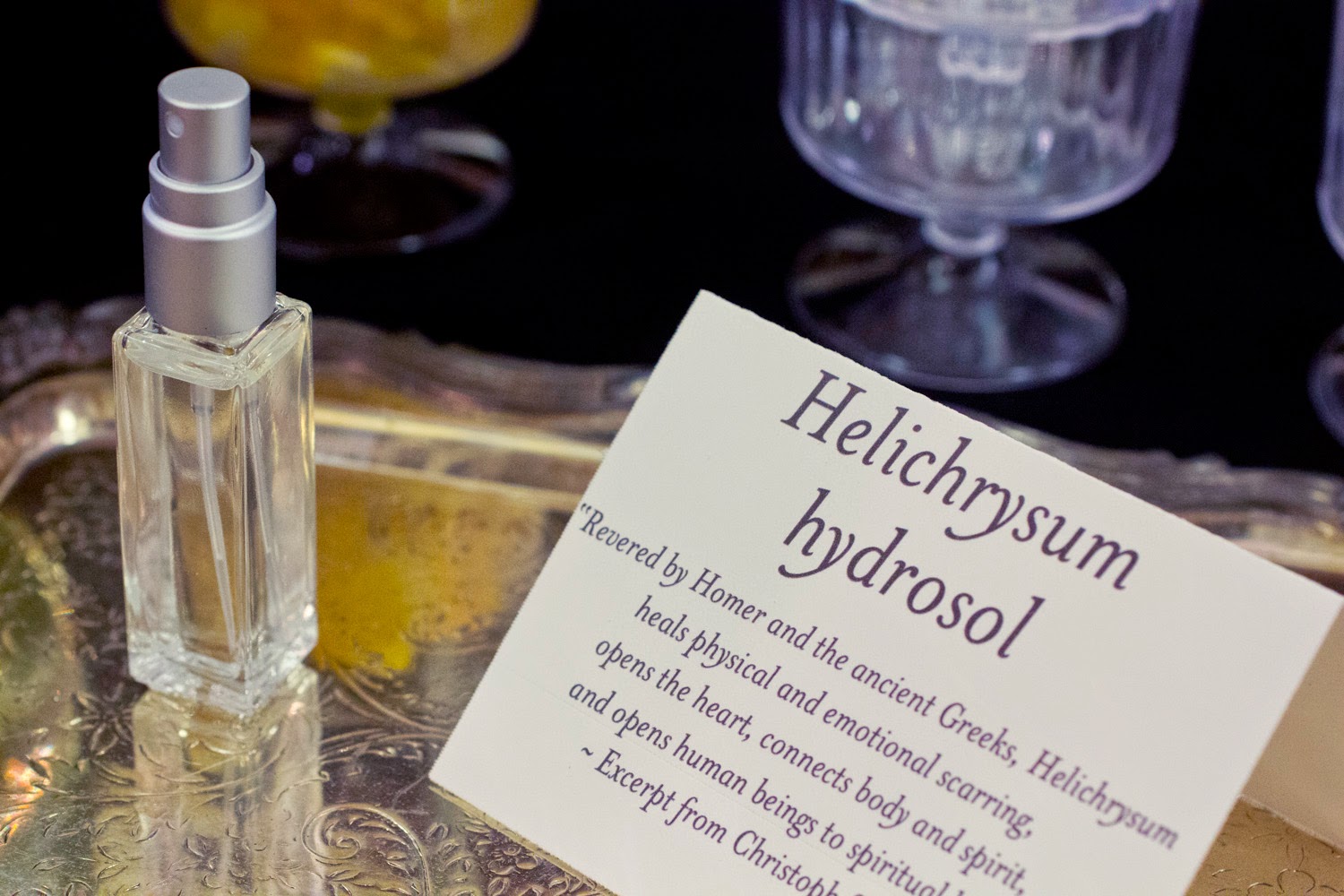 Just outside the perfume space, within the atrium, we set up a few tables. One for the cheese, fruit, crackers and our local honey and on the other we had two glass beverage dispensers, one with a special Vermouth rosso with ginger and orange and another with sage water. Off the to side I placed a small spray bottle of Helichrysum hydrosol for spritzing onto the water. The bountiful spread was provided by Gina of Blue Table, which is conveniently located here within the atrium. 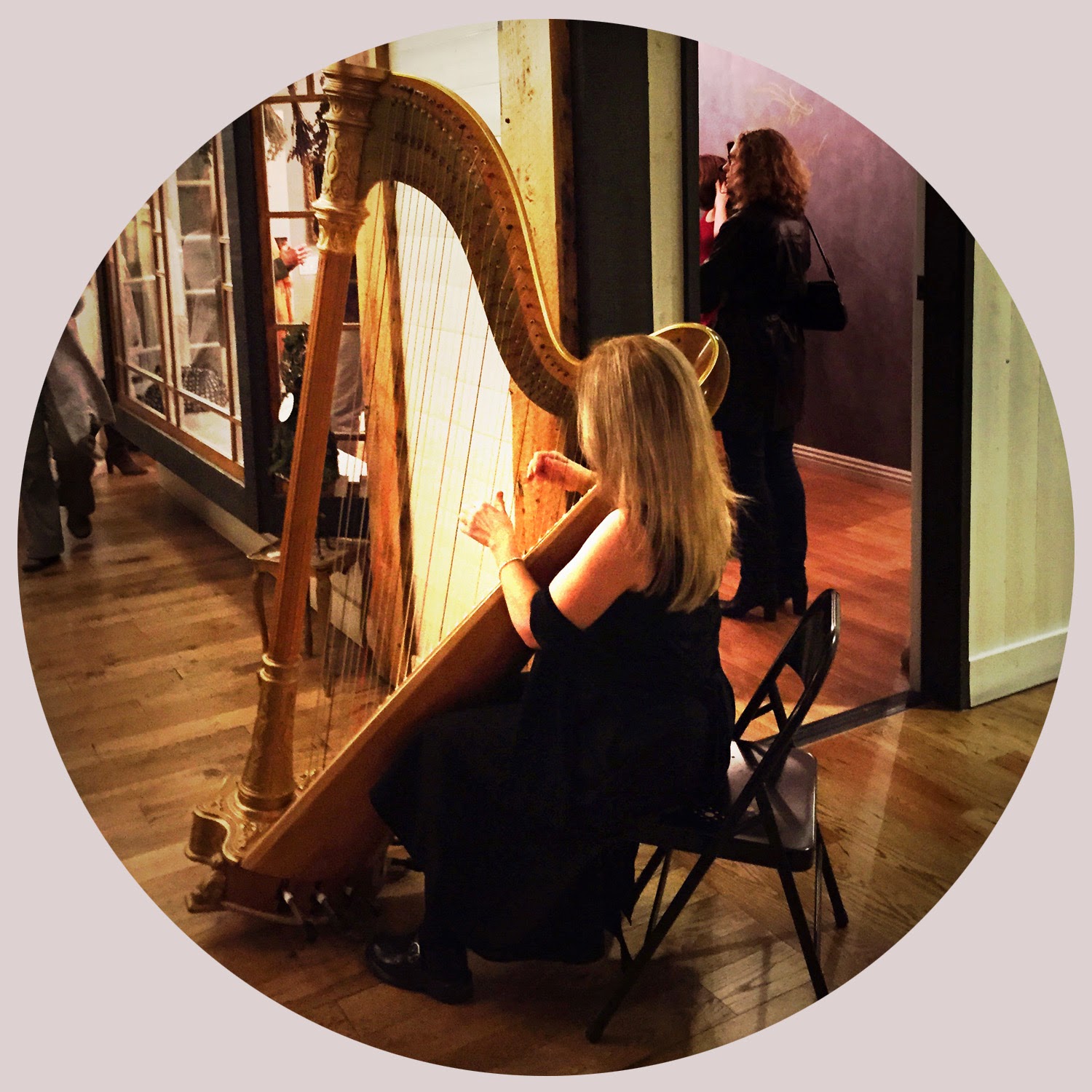 Meanwhile, off to the other side door the enchanting Julie Mondin mesmerized everyone with melodies from her glorious concert harp. 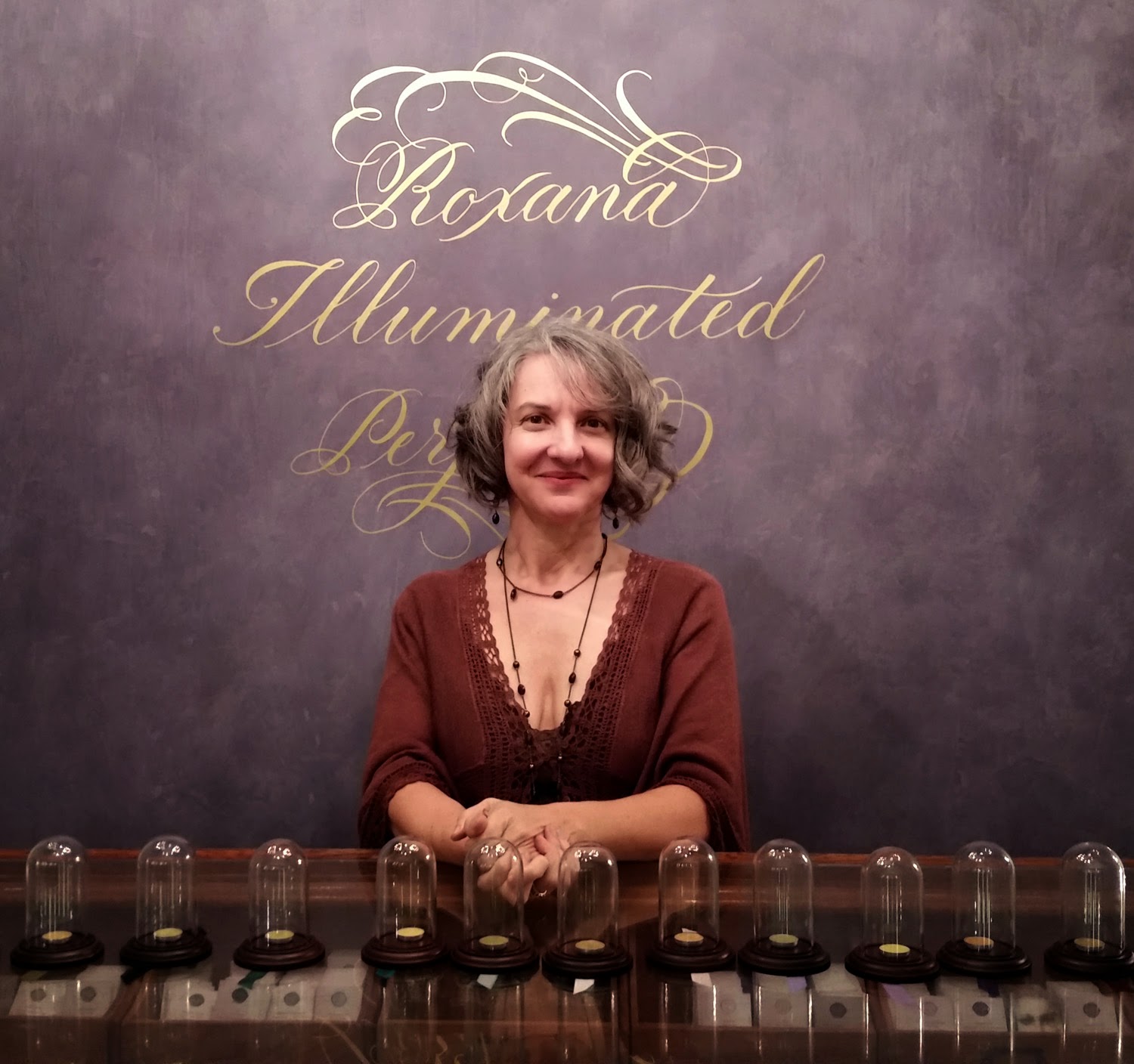 Inside the perfumery I stood in back of the glass case answering questions as the attendees inhaled the long row of illuminated perfumes displayed in glass domes. 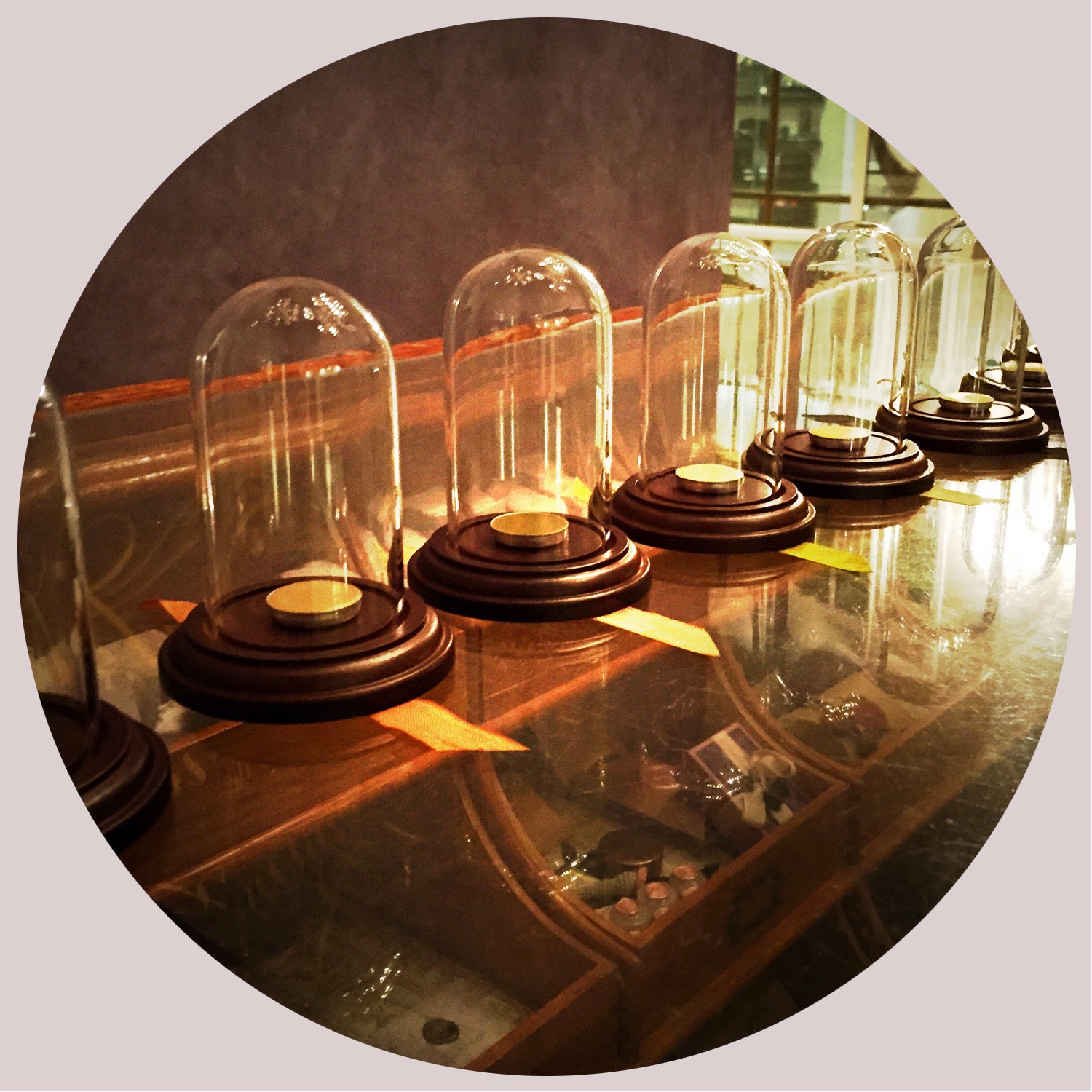 The garden gate to the apothecary remained closed although easy to view the space within. On the other side, where the teaching and consultorium is located, we placed one of the beautiful, velvety chairs on  top of the violet table with a sign about the Fan Funding. 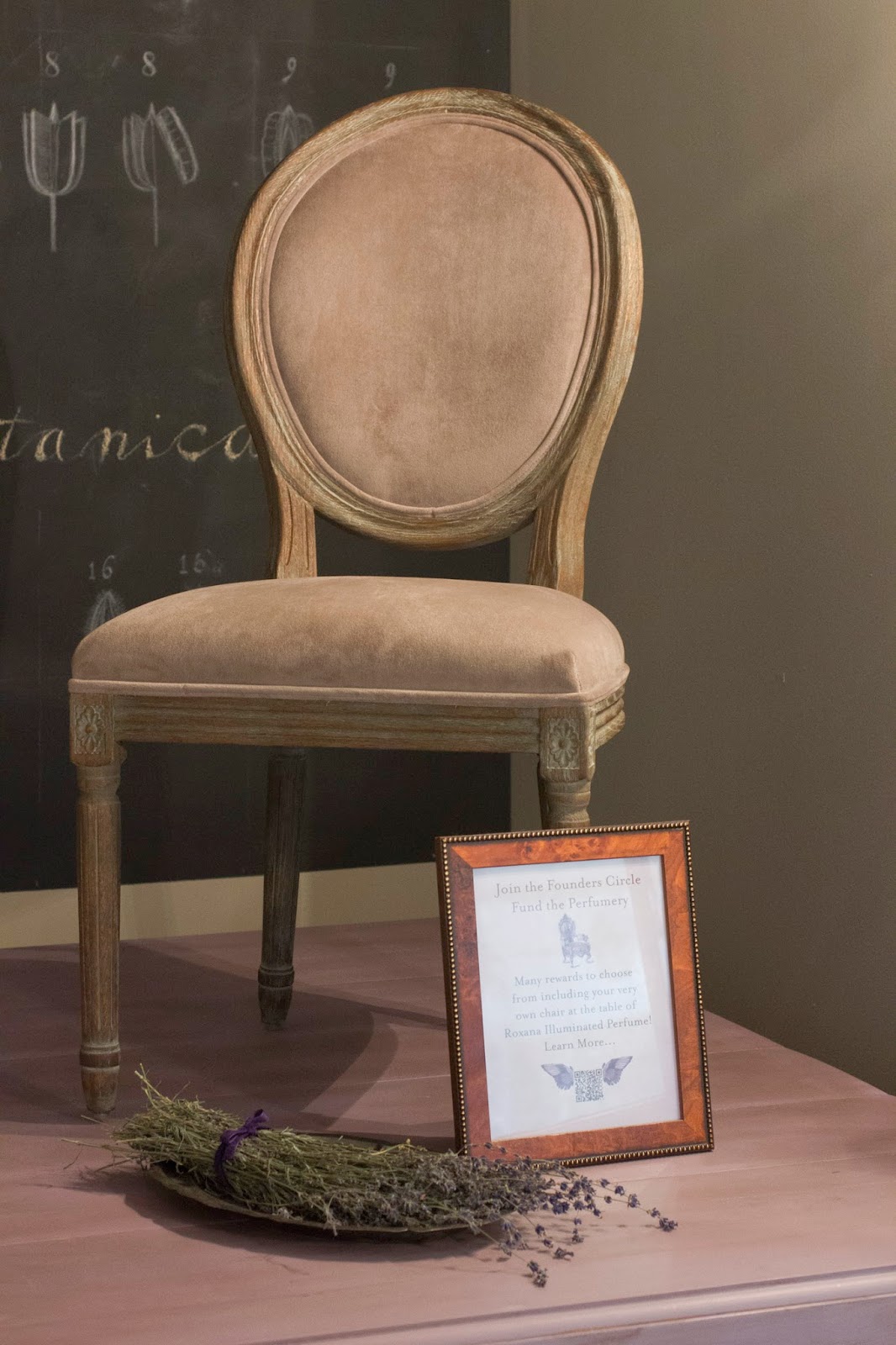 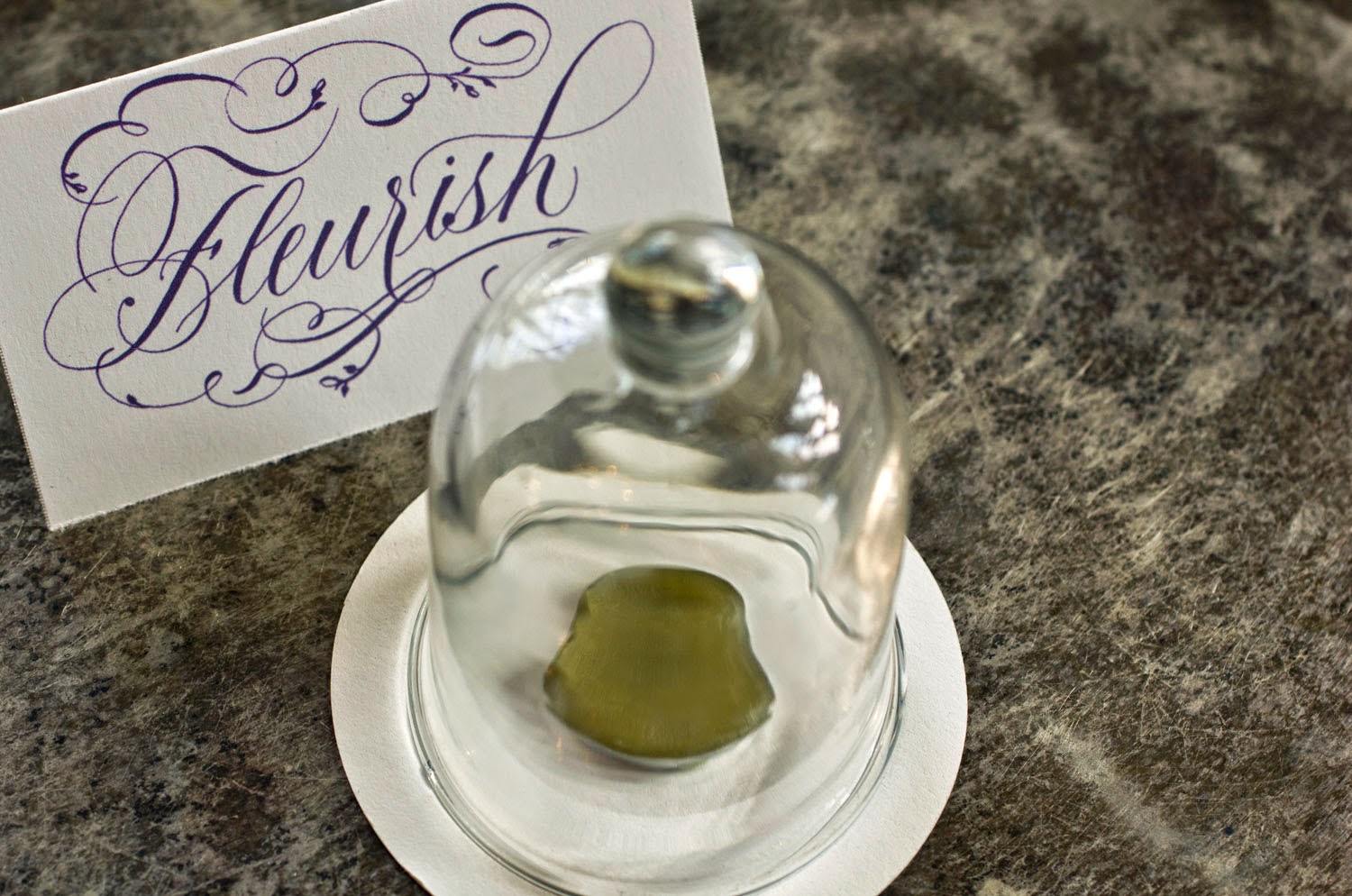 There was also a platter of fresh lavender obtained from the farmers market that morning and the three new, yet to be released fragrances: Mellifera, Fleurish and Figure 5: Bois. 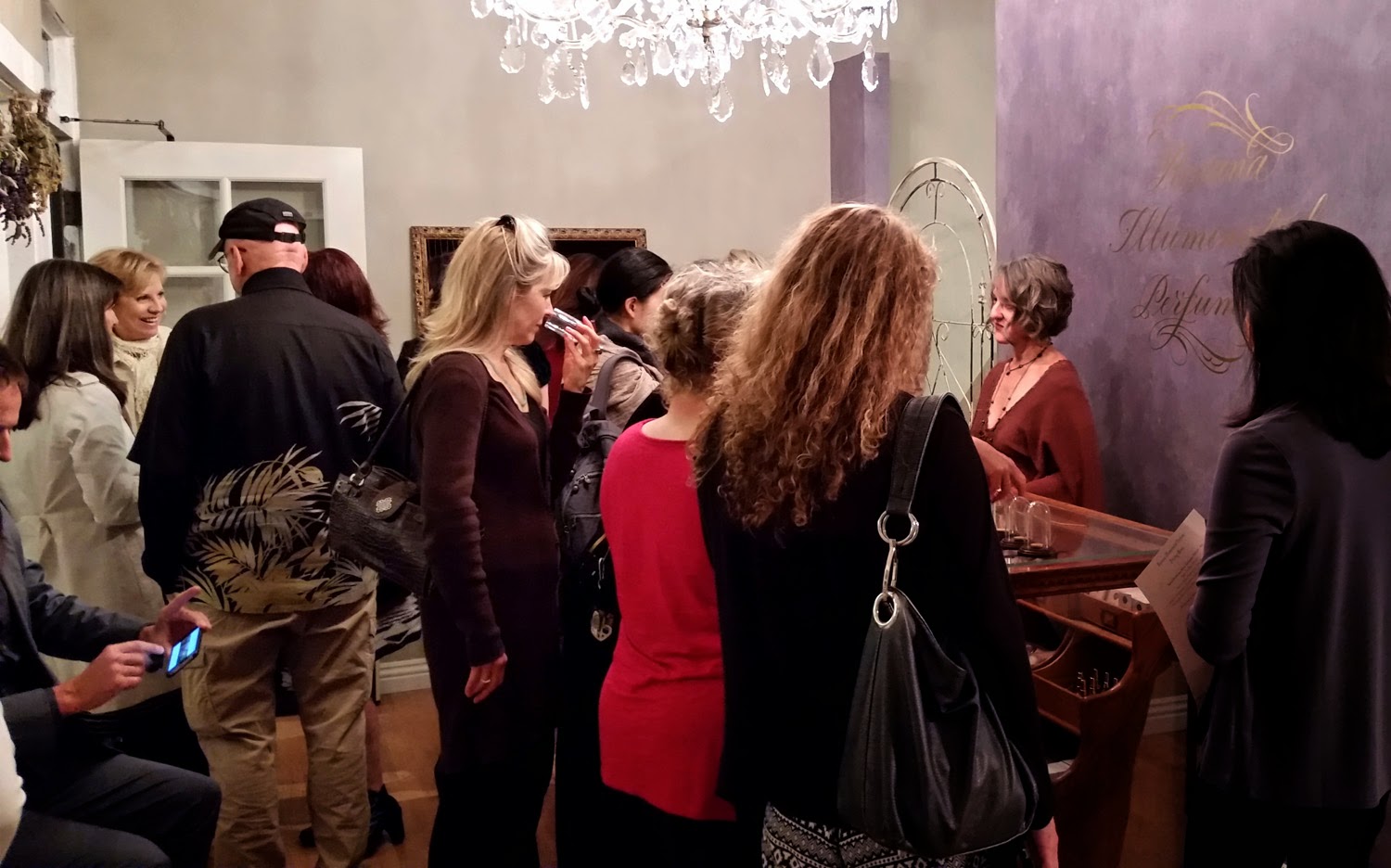 The event was meant to go from 7:00pm until 9:00pm but lingered on until 12pm! Attendees included a wide range of friends, family, patrons and curious folk who happened to be at the Whizin Market Square that night. 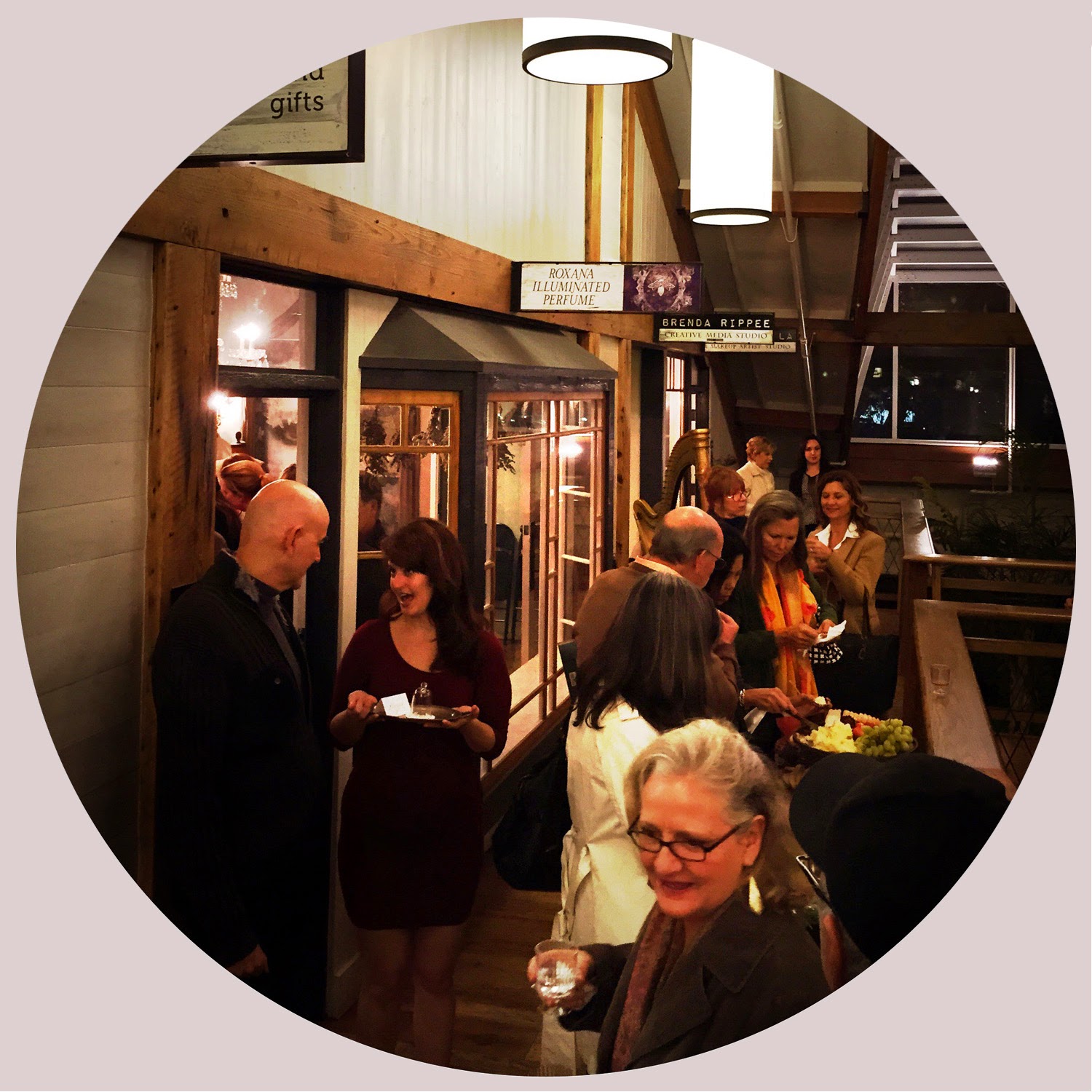 Thank you to all who made it out! We plan to do these events more often and now have a much better idea what to expect and how to orchestrate something of this caliber. For those who missed this event consider visiting on December 13th from 10am to 6pm when the entire Whizin Market Square will be participating in a collective event featuring food, wine, roasted chestnuts, hot cider, entertainment and more! 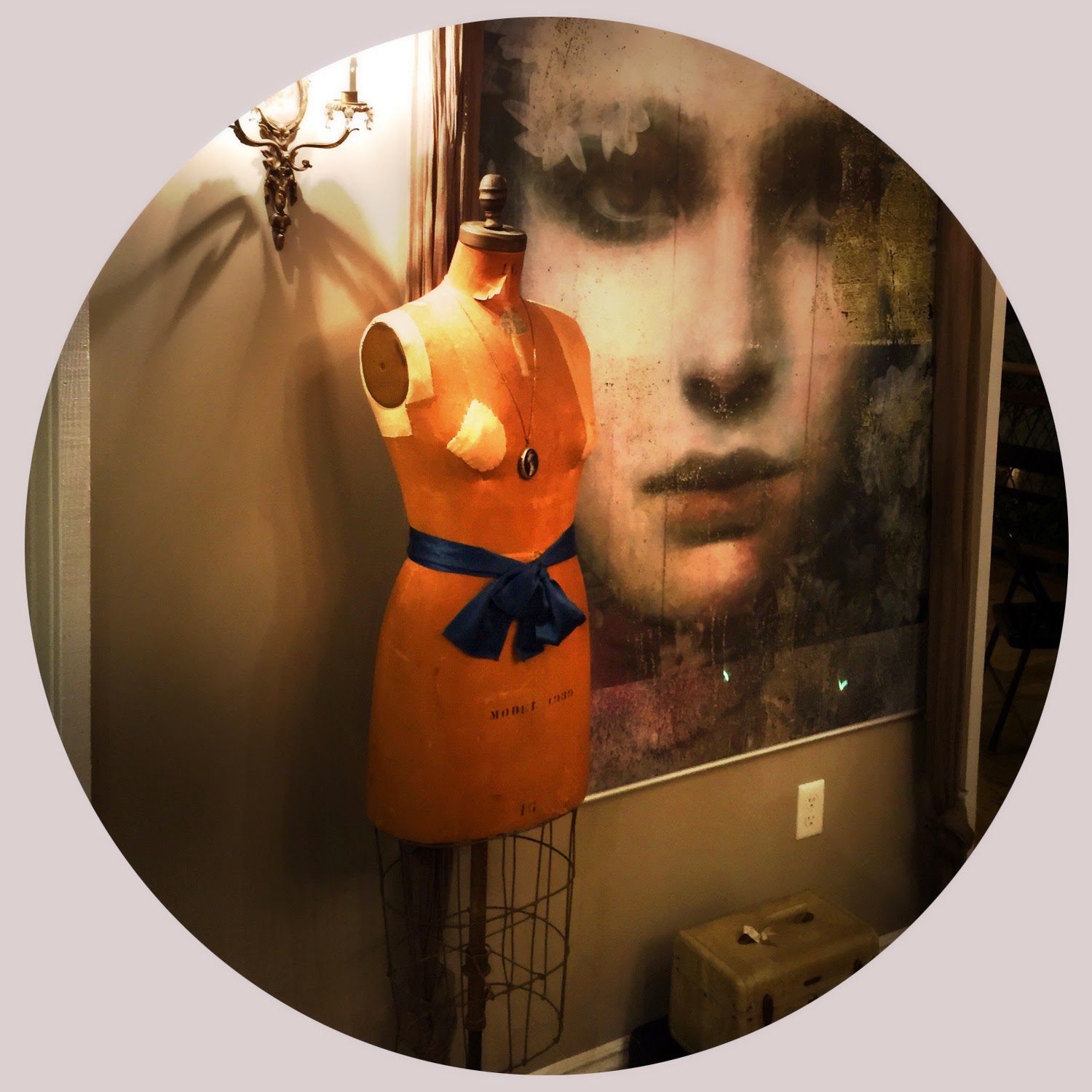 The photos posted here are from a variety of sources including Ben Neuhart (circle images), Barbara Mitchell, Chiara and Brad Weinman (portrait in front of the display case), Lindsay Turner, Ashley Hackett and a few shots by me.
Posted by Illuminated Perfume at 12:09 AM

Congratulations dear Roxana!!! Everything looks so beautiful. I wish I could have been there... Wishing you a great success!!!! Magdalena xo