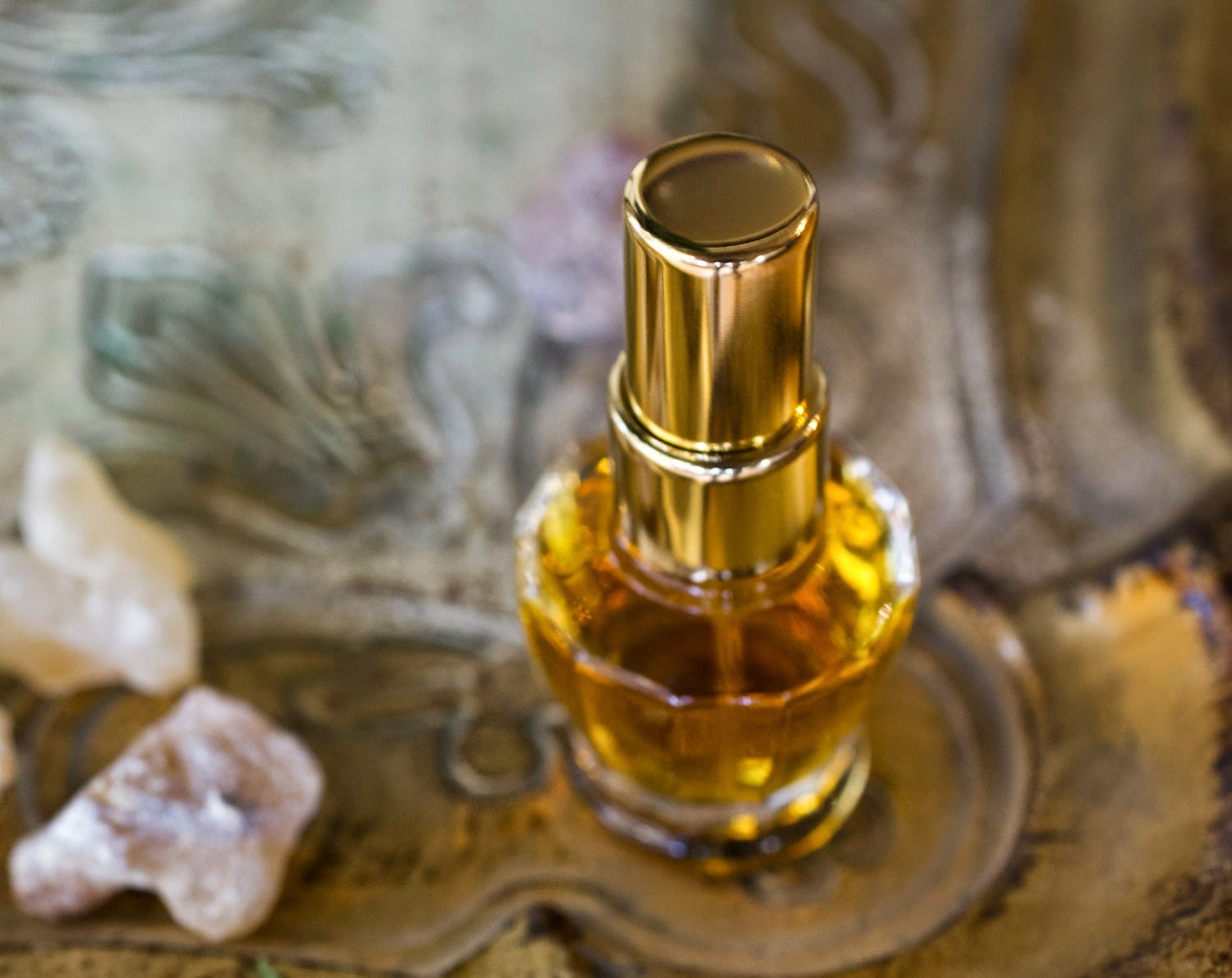 The Vespertina Eau de Parfum was filtered yesterday and has infused the Agoura workspace with the most divine and delicious aroma of woods, resin and florals all weaved together. There is approximately eight ounces of this first batch of the 2015 edition.

Greg and I are still hard at work on the LookBook which will debut shortly. As I was compiling imagery and content I came across a few nice reviews worth visiting or re-visiting. The first is this one by Beth published over at Perfume Smelling Things, which features some glorious writing by Ms. Gehring. Here's one by Divina at the Fragrance Bouquet and the third is somewhat hidden thus I am re-posting it here. The piece was written by Trish Vawter and first appeared in Sniffapalooza Magazine in 2009. Keep in mind that these were written based on the liquid and solid versions of the fragrance in its early incarnations. The formula has changed over the years due to the disappearance of many botanicals, but, it still retains the rich incense, sacred wood and floral imprint.

These past few months, I have spent a lot of time looking at Roxana Villa’s Illuminated Perfume website, reading her online journal, corresponding with her, and of course, wearing her fragrances. Delving into Ms. Villa’s creative work, and getting to know her has been an inspiration. Her love of nature, art and fragrance all flow organically through each other and so clearly through her, that one cannot help but be touched by her passion. I have had the honor to sample most of her fragrances and I can honestly report that Ms. Villa is an extraordinary perfumer who blends her fragrances with sophistication and a nature lover’s heart. Vespertina is the chosen perfume for review, and is intrinsically linked to the art and music of The Visions of Vespertina.

The Visions of Vespertina was recorded by Greg Spalenka, Ms. Villa’s husband, and Michelle Barnes. This was a ten year project that was first recorded by them and then later picked up for distribution and released in 1998. But it wasn’t until 2007 that Ms. Villa created Vespertina the fragrance, for what she refers to as a “threefold sensorium; music, art and scent”. Both the music and art of The Visions of Vespertina are moody, haunting, and medieval in tone. Not unlike the fragrance.

The citrusy, sparkly, subtly spicy topnotes of Verspertina conjure up an image of a mythical orange blossom wine that would be served during communion in a medieval church. Intoxicating, but reverent.

Uplifting, yet solemn. Apparently orange blossoms are not in Vespertina’s blend, but rather four different essential oils of citrus. But its floral heart emerges quickly, which might explain the suggestion of sweet orange blossom. Thankfully the sweetness is not cloying or overbearing. It is a nectar tempered by a medicinal, boozy twinge. Like heavy drunken buds, hanging from dark branches in the evening’s moonlight.

These images, one of non-compliant nature, and one of a devotional ancient ritual have occurred to me while wearing other Illuminated Perfumes.

It’s as though Ms. Villa is able to tap into the desire to connect with past reverential realms while staying grounded within the beauty of our present, albeit chaotic moments.

The evolution of Vespertina continues to ground its wearer as more of the woods move to the foreground, along with a slightly indolic jasmine. Rose and lotus are listed in the fragrance notes as well, but jasmine has the most depth and presence. As the fragrance ultimately settles into its drydown, very subtle hints of earthy leather can be noticed amidst the floral woodiness. Ms. Villa describes Vespertina as “orange woven with flowers, grounded by earth;” a concise and
entirely accurate depiction. Whether or not one is a seeker of natural perfumes, Vespertina is a compelling, complex citrusy floral, with much to offer all perfume lovers.
Posted by Illuminated Perfume at 12:55 PM