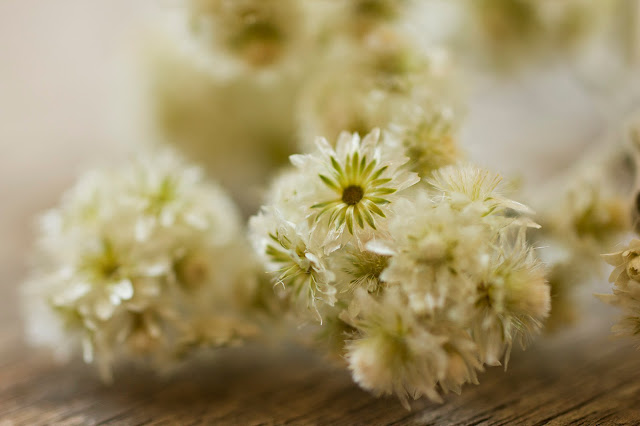 Friday evening, during the Street Art Live event at Wizard (Whizin) Center a gentle soul who auspiciously resembled Frodo came by the perfumery. We began chatting and soon found we shared a love of plants, specifically those of the California wildwoods. My friend Marie, who was spending time with me at the perfumery that evening, commented on how it seemed like a visitation from Middle Earth to the Elven/Fairy realm...she believes me to be part fairy. 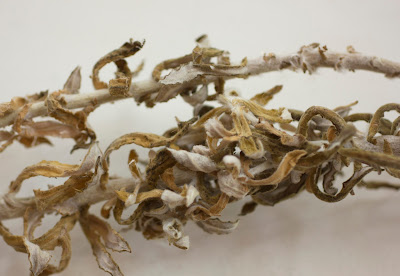 Eventually we ended up trading small bunches of Everlasting which also goes by the names of Immortelle and Helichrysum. He gifted me a Gnaphalium, also termed cudweed, which might be the bi-color variety. There's quite a challenge with determining the exact name since so many sources don't agree. For our purposed today lets call it Gnaphalium bicolor, a two-toned greenish perennial with sticky, woolly-white leaves that contain grey undersides...thus the secondary name of bicolor. Gnaphalium comes from the Greek meaning "lock of wool", relating to the woolly-leaves. 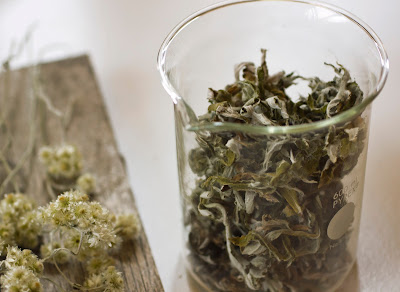 The elongated, dual toned leaf contains a superbly interesting aroma with notes of valerian, sage, patchouli and agarwood. Being a lover of earthy and unusual notes I'm loving it and enjoying the difficulty in pinning down the aromatic profile, particularly since it doesn't quite share similarities with its relative that goes by the same common name of Helichrysum italicum. The little papery flowers are small and creamy yellow in color with a very subtle herbaceous scent. 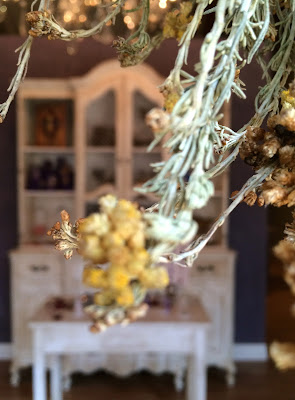 I gifted him Helichrysum italicum (angustifolia) organically grown in Ojai. This variety has a maple-like fragrance with very similar looking flowers to Gnaphalium bicolor although the color is golden yellow.

The other native varieties to California, that are often confused is Pearly everlasting, Anaphalis margaritacea and California everlasting, Gnaphalium californicum. The latter grows abundantly here in the Santa Monica Mountains and has a sister plant on the East coast called "White Balsam" Gnaphalium polycephalum. 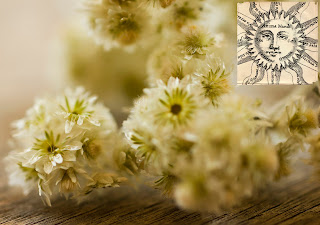 Everlasting has such a perfect affinity with the Summer Solstice today as it is a plant of the Sunflower family (Asteraceae) and thrives in full sun and dry, arid hillside regions with little flowers that emulate the look of our fiery golden star which gives us light and warmth called the Sun. The word Asteraceae comes from the Greek Aster meaning star. 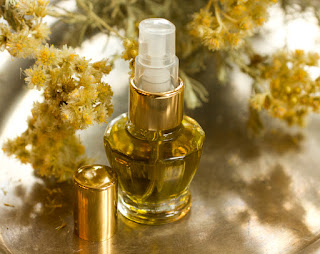 Roxana Illuminated Perfumes featuring helichrysum are Impromptu and the upcoming Mellifera which is found at my fan funding page or the perfumery.