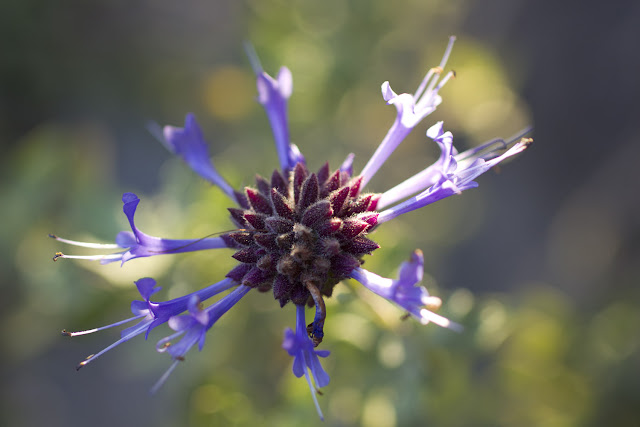 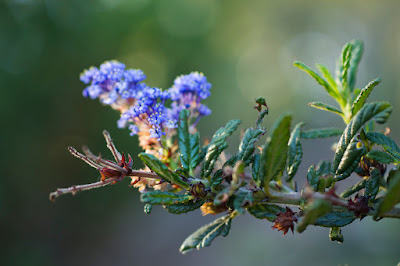 Some of the plants in my garden are acting as if its Spring, even though we are in the middle of Summer. I'm guessing this is due to the extremely weird weather coupled with a little extra watering with our shower water. If you didn't know, California is having a massive drought and thus we are suppose to be mindful about our use of H20. Here at the woodland cottage we take showers with tubs and buckets to collect the water and use for our plants. 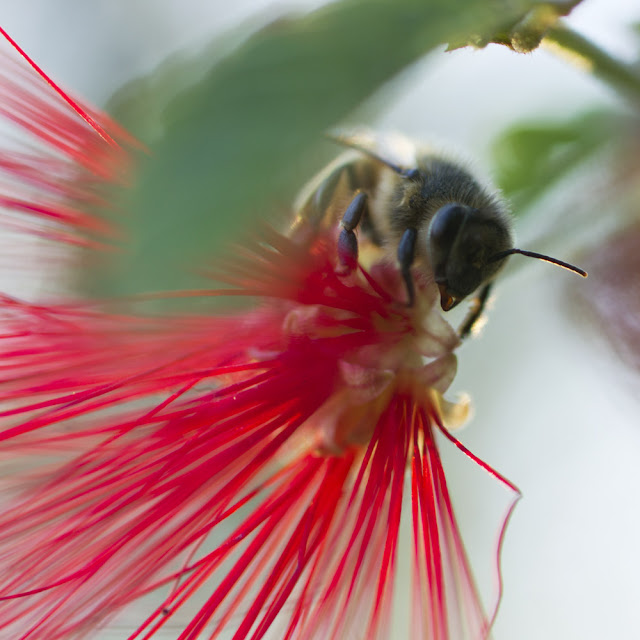 The fairy duster planet we put in the ground back in the Autumn of 2012 or so has gotten quite large, has had some children and is FINALLY attracting honey bees. Yay! For a little while there we thought there was something wrong with it. I am not sure why it took so long, but, relieved that the reason why we purchased it is now manifested. Judging by how many honey bees are on it all day long I'd say hands down its the favorite plant in the entire garden. 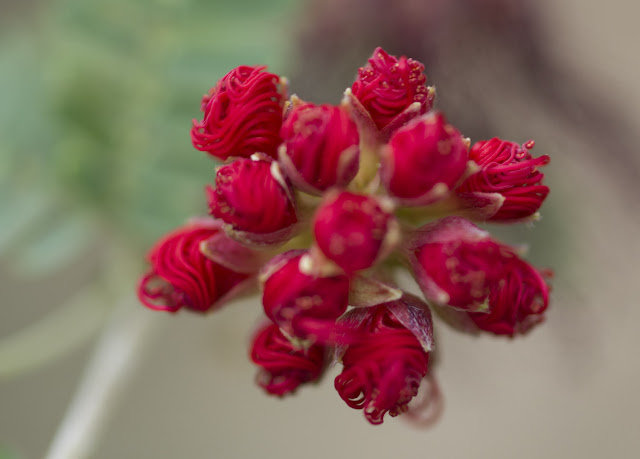 I love how the flowers of the Fairy Duster first appear like little balls of yarn which slowly unfurl into their magnificent red strands that then call over all the different pollinators. 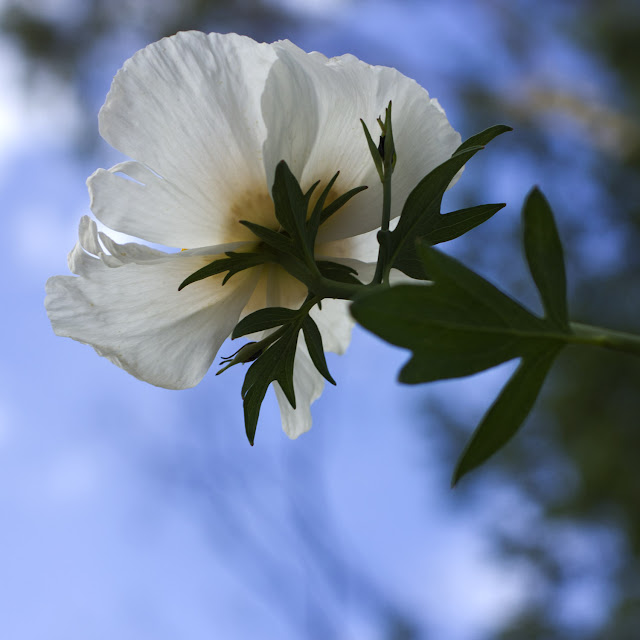 The Matilija poppies, which didn't flower last year have now started to bloom. I thought they weren't going to produce flowers this year because in the neighborhood and other parts of the Santa Monica Mountains they were blooming back in Spring. Ours generally bloom in July, thus I'm thinking it must have to do with where they are placed. Something else that is happening with these is that they are spreading. This is exactly what we wanted! In a few years we are hoping that they will be covering a quarter of the front slope. 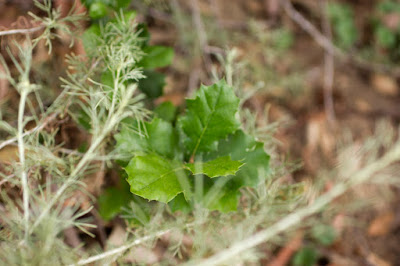 Other positive things happening in our garden is that lots of natives have been coming up on their own accord, like Quercus agrifolia, our native oak, and Artemisia californica. This is especially potent since our neighbors continue to hack down large grandfather oaks in the area. When I see people cut down those ancient trees I can't help but think humans are one of the stupidest species on the planet, really. I mentioned to Greg that before allowing someone to purchase a house here in the woodland people need to be asked the question "Can you be a steward of our woodland flora and fauna?" If not, than hey, go find another seat on this airplane.

Posted by Illuminated Perfume at 11:08 PM