In 2009 fashion icon Tom Ford made his directorial debut with the gorgeous film A Single Man. Our man, who happens to be single, is the meticulous and handsome George, impeccably played by Colin Firth. The film is adapted from the 1964 novel by the writer Christopher Isherwood.

Winner of several awards, the beautifully styled portrait is one of those little gems of film and story that the masses seemed to be fairly ignorant of. In our household we devoured it like a freshly made key lime pie, I invite you to do the same.

Tom Ford is representative of those rare individuals that that has such a clear sense of design and vision that he appears to effortlessly move from one visual medium to another. Besides being extremely handsome, containing exemplary taste and attention to detail he is also an extremely warm and charismatic individual. 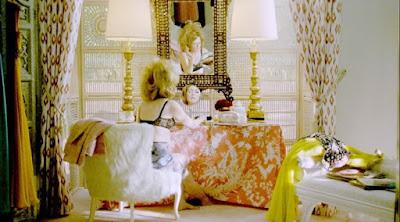 The costume designer for A Single Man is Arianne Phillips, best known for being Madonna's stylist. Ms Phillips has received Oscar nominations for Walk the Line and W.E. She is currently working with Tom on his next film Noctural Animals based on the book Tony and Susan.

Posted by Illuminated Perfume at 12:24 AM