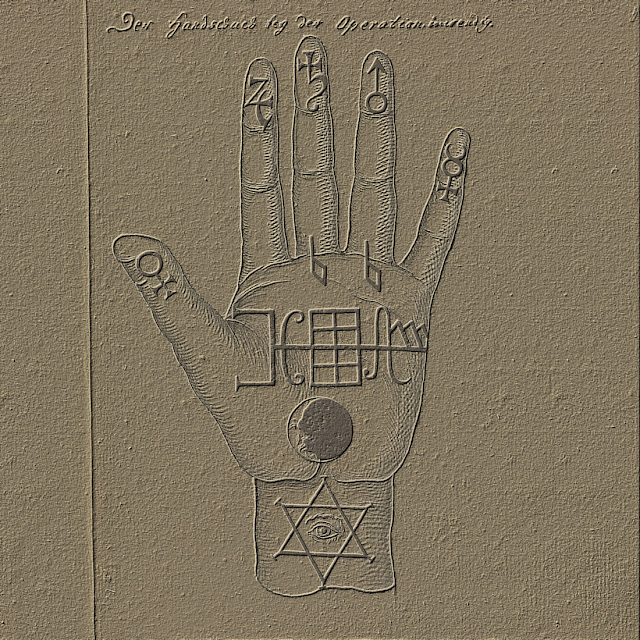 As I was hunting for more imagery for the visuals of the Alchemy Panel this Thursday evening, I stumbled across a blog post about Venus going direct. If you are a reader of this journal, then you know that I prefer to live my life in the Art Spirit and am open to auspicious signs that are mystical in nature. Well, here's an interesting story....

I've been working with a "wound" that presented itself on my ankle last July. At first it looked like a bruise, shaped like an eye. I went to see several alternative health professionals and no one knew what it was, although they each contributed a theory. None of the theories rang true for me, even from the most intuitive of the healers. As I continued to look for answers, including from aromatherapists, the bruise became larger until both Greg and I became very concerned. I was told to "go to an allopathic" doctor which was definitely not something I was ready to do, knowing quite well what a maze of horrors that route can be, especially with my challenged immune system.

I finally came across a local naturopath by way of a biodynamic gardener who had her training at Bastyr. He looked at it and was also a bit perplexed but seemed to really like the challenge. He had me suspend ALL salves and started me on an ozone, light blood therapy and a few other modalities. The wound has stopped expanding and is beginning to heal.

Last week as I was receiving an ozone treatment the doctor massaged the spot and referred to one of my early questions about an "emotion" being trapped in the ankle. He said there might a few things that were locked together and suggested I ask the question this weekend while doing the hot cold therapy he had instructed. Thus, as I sat timing my foot in the hot and cold submersion baths I asked the wound for a revelation. What percolated up in my consciousness were phrases relating to standing...such as "standing in ones power, or truth", "strong foot hold" and all of these. As I continued to meditate on the ankle, the phrases and life events, I was also working with another personal challenge about what I knew to be true. Self worth, forgiveness and standing up for myself, specifically with males and patriarchal systems, became really crystal clear.

Then...I came across this blog post mentioned in the first sentence and everything seemed to come into even more focus, especially as I continue to prep for the Alchemy events and move. The blog post refers to Venus, the archetype of the feminine moving forward on April 15 in Pisces. I happen to have a Pisces moon as well as in a few other placements within my astrological chart and my husband Greg is a Pisces. This is the paragraph that really got me...

"You should have a greater understanding of what something's worth. Of what you're worth. Venus' station is very close to Chiron in Pisces, so this understanding will involve compassionate acceptance of a wound. Moving forward means forgiving yourself or forgiving someone else. Accepting (Pisces) that it/you/they are not perfect. And, you're going to stop reopening the wound. This is crucial. Forgiveness does not mean allowing the hurtful situation to continue. Remember - you're moving forward."

Yes indeed, I am literally moving forward. Notice that in the painting below Hope is stepping forward with her right foot. 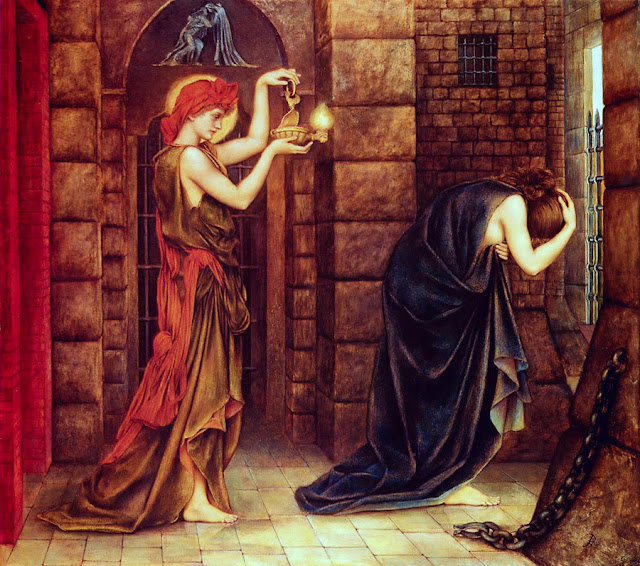 The painting is by Evelyn De Morgan (1855–1919)  titled "Hope in a Prison of Despair", it is allegorical depicting Hope gracefully entering a dungeon with a light. Meanwhile Despair is bowed down in grief with a broken chain near her, as if she has been released from her torment. Hope is painted in warm colors with an splendid aura while Despair is portrayed in cool tones adding more symbolic references to the scene.
Posted by Illuminated Perfume at 1:18 PM