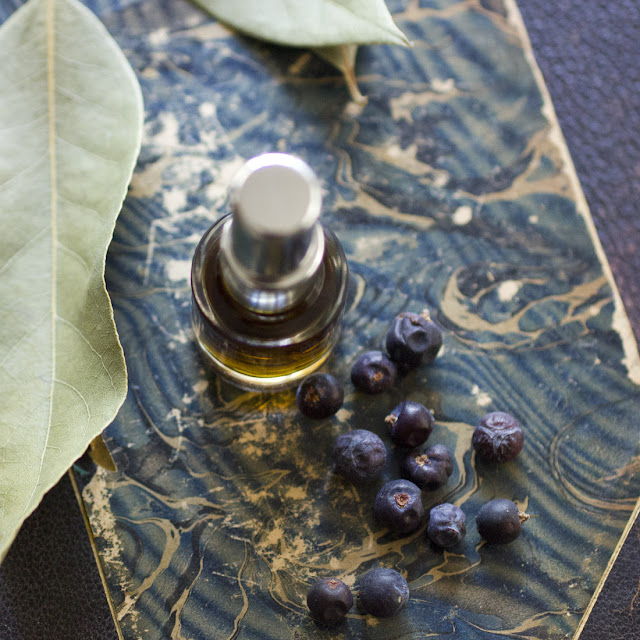 In the 90's when I began my aromatherapy long distance learning class, I created a simple Bay Rum cologne which I re-made at several different points as gifts for the men in my life. The formula was based on putting bay leaves, allspice and cloves into a high quality rum and then adding bay laurel essential oil. The more times I made it the more complex the formula became and the more I was able to discern how I wanted to continue to expand, deepen and refine the notes.

The original Bay Rum cologne was most likely created by an inventive soul who infused the fragrant bay leaves from the West Indies, known as Pimenta racemosa, into local rum. Another story says that the cologne was derived by the co-distillation of the leaves into rum. Regardless, what we know to be true are:
A few years ago I started noticing that I had several bottles of the tincture in my studio and the fridge, so I put all of them together as a cologne. I first shared it at the National Association of Holistic Aromatherapy conference at Bastyr in Washington, but kept it more of a secret for those who knew about it. 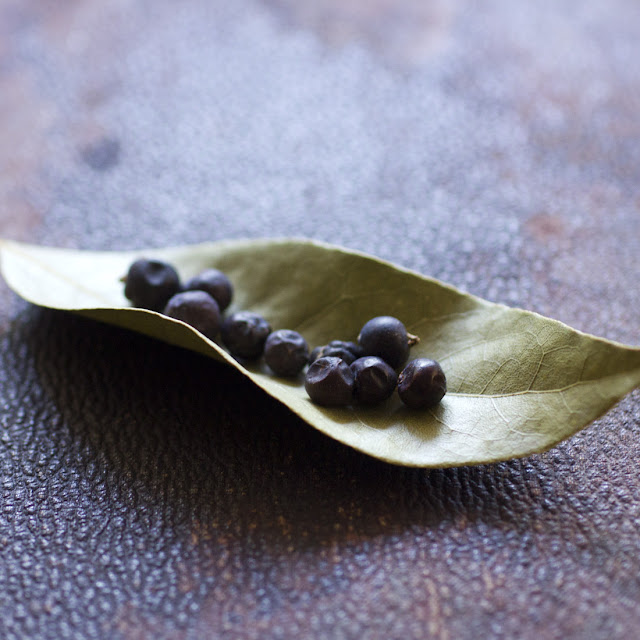 Since we are now in the middle of packing the house to move I thought it was a good time to share with a bigger network. I decided on the name Sir Leaf and Madame Berry while I was editing the photos yesterday, the words just popped into my sphere and I liked it. The fragrance features tinctures and essential oils of bay leaves, woods and spices, with a bit of Jamaican rum. The scent contains the characteristic warm fragrance notes of a traditional Island Bay Rum. Here's a review from a client...

"I’ve mostly used synthetic colognes in the past, which for me, were ok. But putting on Roxana’s amazing Bay Rum fragrance is like wearing a piece of art. There is a warmth, soul and personality to it that could only come through in something that is crafted with the care and passion that Roxana puts into her products. I love to sail and Bay Rum evokes thoughts of exotic spice islands, warm breezes and the sea." ~ Jeff Burne

Although traditionally worn by sailors and then promoted for men, the aroma is very uni-sexy, especially for todays modern gender neutral paradigm. As with all my potions, this item has been handmade with essential oils and plant tinctures which have been documented to contain numerous wellness attributes promoting inner peace and improved circulation. 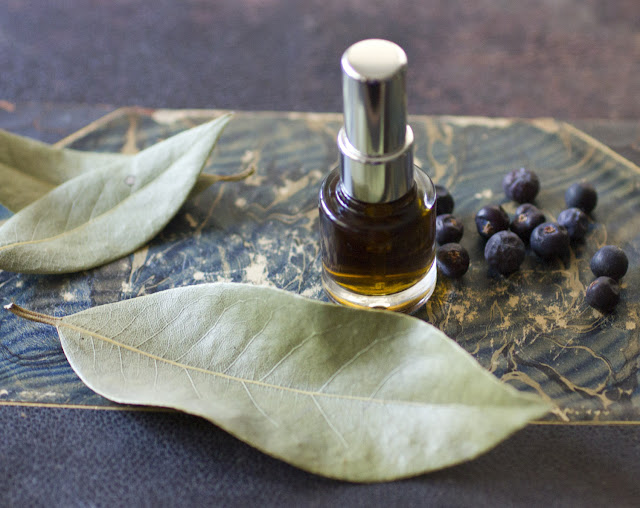 Sir Leaf and Madame Berry is part of a giveaway I have started today (Monday) and is also listed on website. FYI, this is a limited edition with no written formula to follow, so if you fall in love with it make sure to stock up.

At the moment the bottles are slight different but all the same basic size and style and there are no dedicated cards to go along with it, just the two generic ones.
Posted by Illuminated Perfume at 10:34 PM