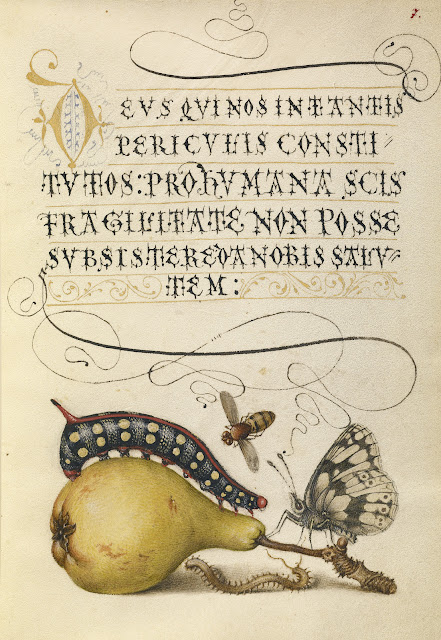 Todays muse is the absolutely stunning Mira Calligraphiae Monumenta, a glorious example of how exquisite type & image can dance together. Even more impressive is that the two parts were created approximately thirty years apart! 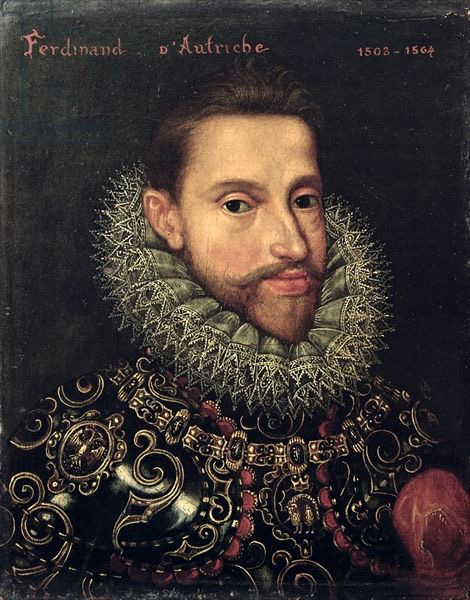 The gem of a book was begun in 1561 under rule of Holy Roman Emperor Ferdinand I king of Bohemia, Hungary and Croatia. Georg Bocksay, the secretary of the king, created the book in Vienna to demonstrate his inventiveness and technical superiority over other scribes. 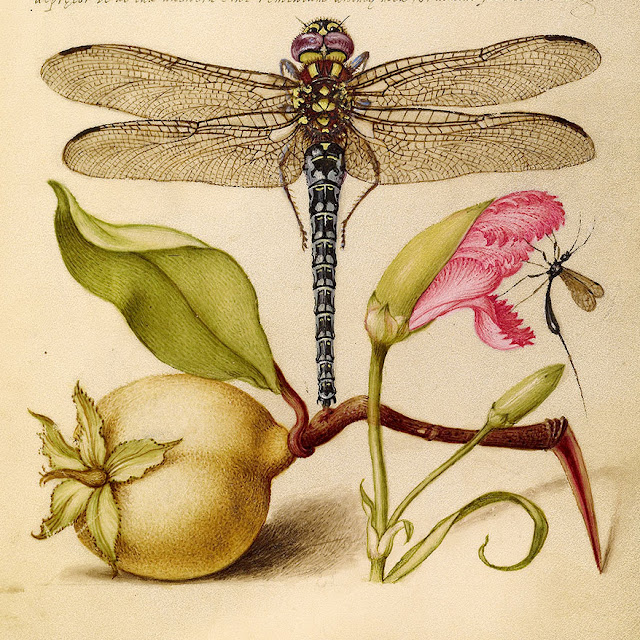 Later, under the rule of Ferdinand's grandson, Emperor Rudolph II, Joris Hoefnagel was commissioned to illuminate Bocskay's book. "Hoefnagel added fruit, flowers, and insects to nearly every page, composing them so as to enhance the unity and balance of the page's design. It was one of the most unusual collaborations between scribe and painter in the history of manuscript illumination."1 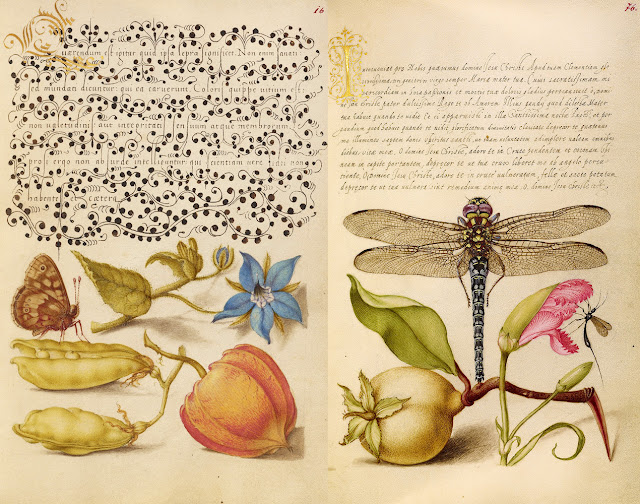 The books mastery of composition between the beautifully scripted words and carefully placed painted imagery eloquently embodies the conjunction of two art forms uniting in a synergy that together form a whole so much more than the sum of its parts.

This treasure, along with a trip to Austria in August 2003, ultimately inspired me to pair the terms “illuminated” with “perfume” when forming the concepts for my botanical fragrance business. I still feel an inner swoon when I gaze upon the exquisiteness of these pages.

How lovely! I love graphic calligraphy like this! Why do we not see more of it in the modern age? Maybe I'm not searching far enough.
Thanks for this!

@KerryO'Gorman I was thinking exactly the same thing last night! There is definitely lots of calligraphy in our modern world, but nothing quite as sublime as the work in this book.