Wednesday is attributed to the heavenly body, closest to the sun. Although small in size, it is dense and heavily cratered like the Moon. The astrological of signs Gemini and Venus are ruled by this messenger of the God and Goddess. There is dualistic, curious, versatile component. In a conversation with my local buddy Avery he mentioned that there is a  "fluidity of the subconscious, a bridge that connects the waking and sleeping states, or the mortal and immortal nature of the soul.” 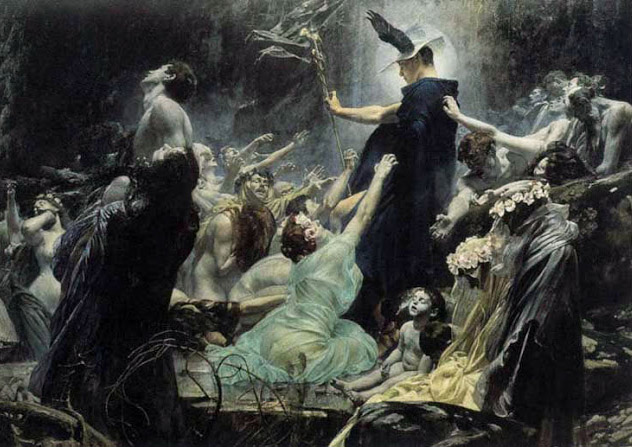 Although in Rome he was called Mercury, in the Greek Odyssey his name is Hermes, the father of "hermetic" knowledge who carried a golden herald, called a kerykeion, a caduceus by the Romans. Ancient texts associate Hermes with his lover Aphrodite, whose child was Hermaphroditus. According to Greek mythology he was merged into an androgynous form with the water nymph Salmacis. 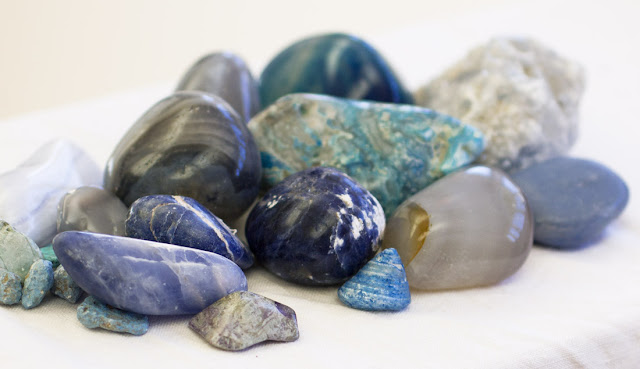 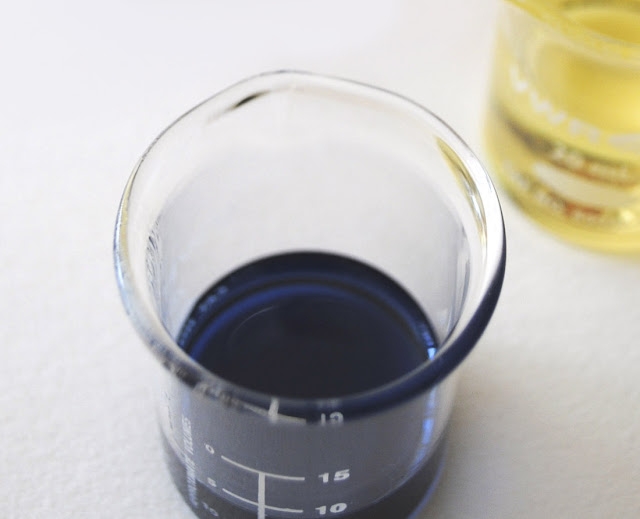 Although tansy, yarrow and both blue chamomile and cypress contain the appropriate hue, in aromatherapy we use thyme and elemi to assist in self expression. Fragrances that contain an airy quality with notes containing some motion, like the air have more mercurial attributes. Pay attention to scents that encourage a feeling of fluidity in your communication, as if you have wings. 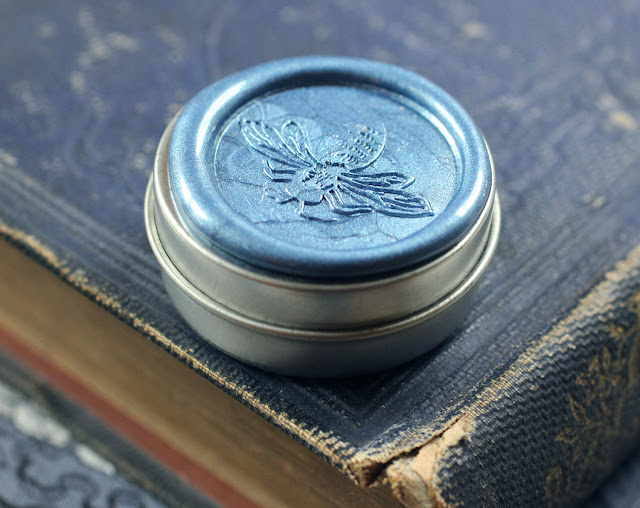 Stay tuned for more related posts as I dive deeper into the ancient mysterious of alchemy and astrology.

Planet Mercury gif via NASA
Painting by Adolf Hiremy-Hirsch
Photos and text ©RoxanaVilla
Posted by Illuminated Perfume at 12:04 AM

Roxana, which floral or other plant in your perfumes suggests an airy quality?

Hello Elaine, Gracing the Dawn is perhaps the most airy of my fragrances, others include Vera, Chaparral and Sierra...perhaps Mellifera as well. What's most important is to pay attention to how a fragrance evokes an elemental for you by both its scent and wear.