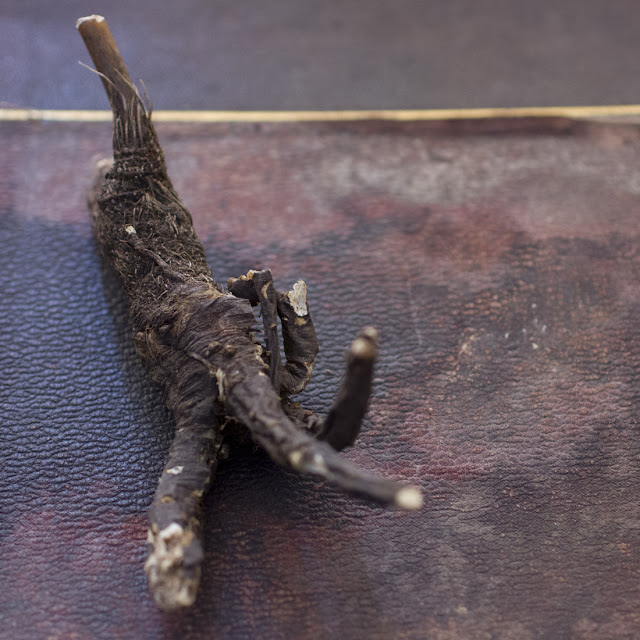 Keeping in the vein of last weeks post, I thought I'd share a bit about a local root that I have been cultivating a relationship with. It's called oshá root, Ligusticum porteri, a perennial herb that grows at high elevations in rich, moist soils. Common names include: Porter's Lovage, Wild Lovage, Indian Parsley, Mountain Carrot, Empress of the Dark Forest, Colorado Cough Root, Chuchupate, "Indian Parsley", mountain ginseng, and Bear Medicine. 1.

I had avoided it for years because it is threatened due to over harvesting. Here in northern New Mexico osha is native and is fairly easy to find at the Santa Fe farmers market by growers who are respectful of the plant. Osha has a co-dependent relationship with the mycorrhizal fungi, which is the main reason the plant won't grow outside of its native habitat.

In January I contacted the respiratory infection that was going around, besides my usual regime of eating lots of garlic & ginger, taking baths with essential oils and salts, fasting, consuming specific herbs and tinctures, I picked up some osha cough syrup—that's when the love (lovage) affair began and has been building ever since. I've heard osha referred to as the ginseng of New Mexico. 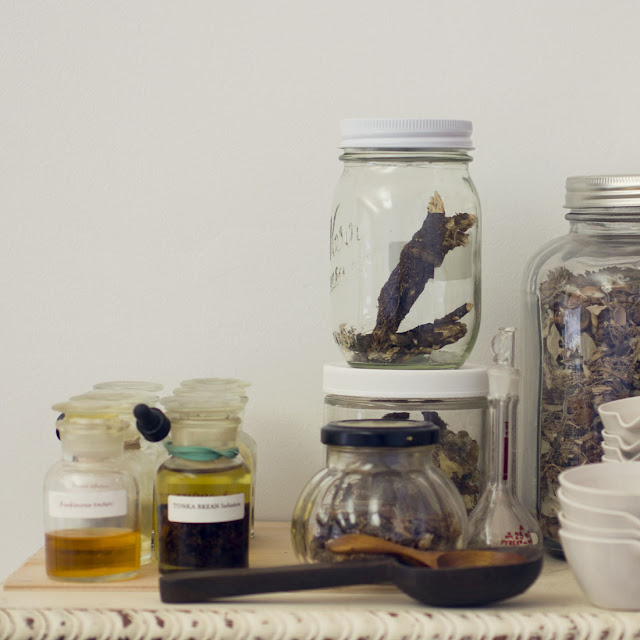 "Osha root contains anti-viral, anti-bacterial, anti-fungal and anti-inflammatory properties and therefore supports health or healing for respiratory conditions (coughs, colds, tonsillitis, flu, and other types of viral infections). Its antiviral properties are well recognized today, and as an alternative medicine, it's often prescribed at the first signals of the common cold or flu. Osha can also be taken when traveling to higher altitudes or for long-distance hiking to promote easy breathing.

A decoction (essentially a long, slow simmer) will extract the medicinal properties of the root into a flavorful, dark tea, which can be sipped purely, or mixed into any variety of tea-lattes or broths.

To make a decoction, simply add a handful of dried root to several cups of water and bring to a boil. Reduce to a gentle simmer and allow to reduce for at least thirty minutes - though five to six hours is preferable as the longer the roots simmer, the stronger, and more beneficial the decoction.

When finished, the water will be a translucent, grey-brown tint, reflective of the root's color, and rich in beneficial plant-properties."2.

Osha tastes and smells warm, earthy and wonderful—the rather strong fragrance contains creamy, syrup-like anise, tonka and pepper notes. I have an essential oil of lovage that I plan to revisit, especially for my New Mexico pure fume series.

The indigenous people consider the root sacred and used it for respiratory conditions and as an incense or strung for purifying the air.

1. Taos Herb
2. The Alchemists Kitchen
Posted by Illuminated Perfume at 12:25 AM